Where’s the best place to steal a kiss in this city? Last orders at Coppers? Bang in the middle of the Ha’penny Bridge? The Iveagh Gardens? That laneway beside the George? Anywhere will do when it’s someone you’re into, we reckon, but a really memorable make-out demands somewhere more smooch-worthy - and Dublin has no shortage of those. Pucker up people, coz’ here are five fab spots to get you started… 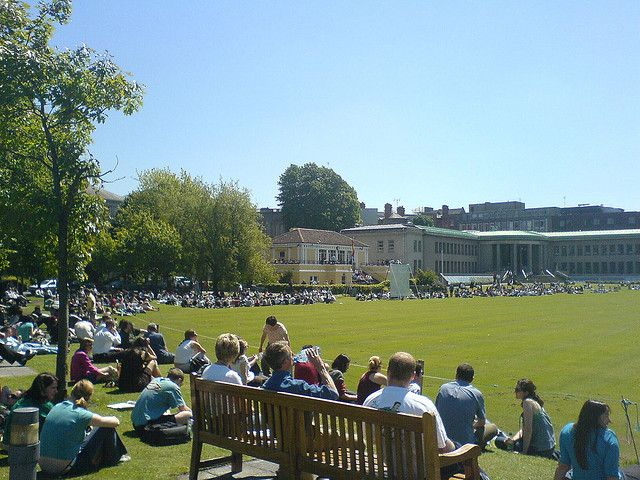 Location, location, location. You don’t have to be a student to enjoy the stonking city centre pleasure ground that is the Trinity College campus. As summer strikes up, grab yourself some lunchtime goodies, perhaps a mint or two, nip in through the Nassau Street gate and pick your spot along the playing fields between the Pav and Berkeley Library (the Nassau Street side is quietest). Perfect for face time.

It this Dublin’s best gallery-within-a-gallery? The Hugh Lane’s Stained Glass Room twinkles like a heavenly disco ball deep within this Georgian gallery off Parnell Square. Exhibits include works by the likes of Evie Hone, James Scanlon and of course Harry Clarke, whose ‘The Eve of St. Agnes’ (1924) tells a love story based around the eve of St. Agnes’ feast day (January 21st) when young women traditionally dreamt of their future husbands. That’s a pretty gift-wrapped excuse for a smooch right there. 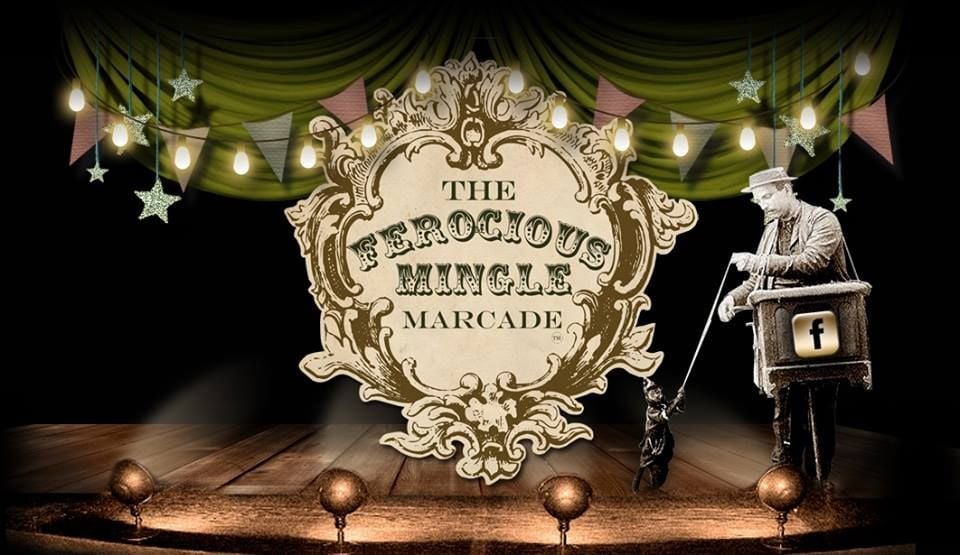 Back in the day, double seats at the Savoy would have been a shoe-in on a list like this. Movie romance isn’t dead, however – especially when it comes to the silent classics on show in the Ferocious Mingle Marcade. Grab a cuppa and a slice of cake from Oscar Verne’s café, take a pew in one of the velvet-upholstered cinema seats, and kick back among the amorous atmospherics of this Aladdin’s Cave. If you like what you see, sign up for The Mingle’s private members’ club… it even does masques.

Good for: First base.
Bad for: Monday to Wednesday make-outs (Thurs-Sun only). 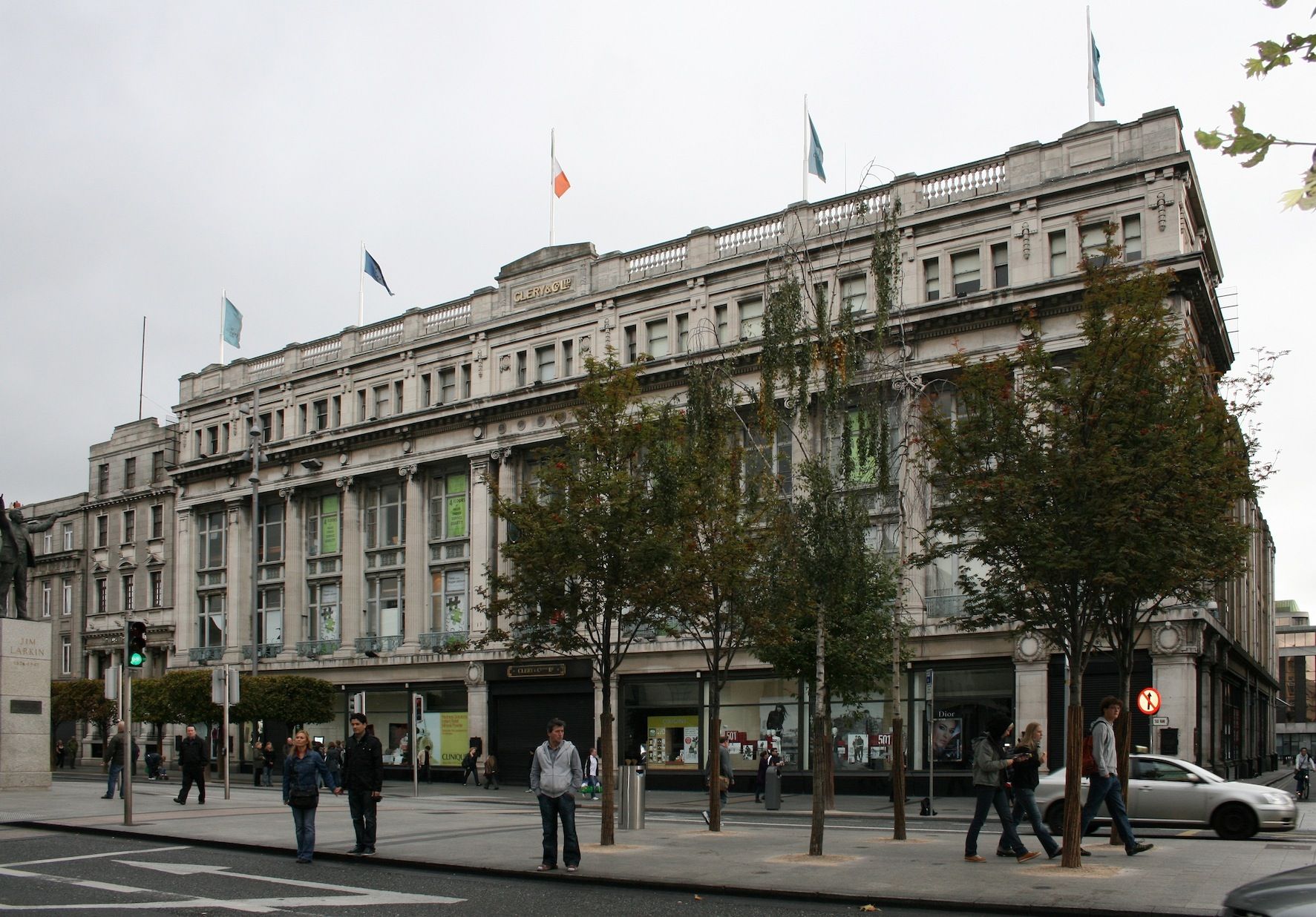 No list of romantic rendezvous spots would be complete without this O’Connell Street landmark. Meeting under the clock at Clery’s is a time-honoured tradition for Dubliners and out-of-towners alike – whether your intentions are a cup of tea, a cinema date, or jumping bones. Philip Chevron (The Pogues, Radiators from Space) offered a poignant take in ‘Under Clery’s Clock’ (“the next bus to An Lár / is his for sure / ten minutes more I knew / will bring my love to me / the love that does not have a name”), further sealing its iconic status. A quick peck of pure Dublin.

Good for: Lovers travelling by bus.
Bad for: Heavy petting. 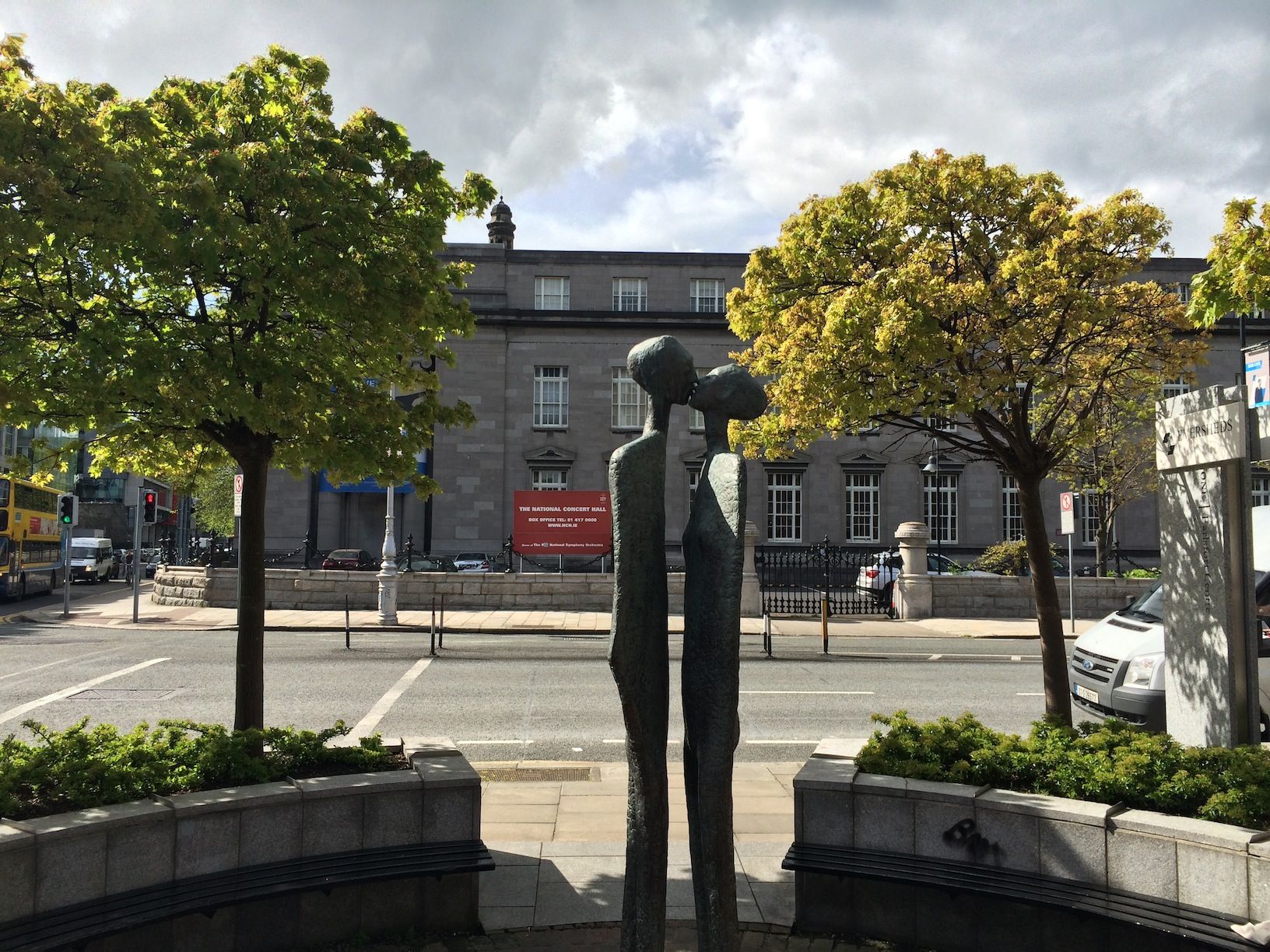 Gustav Klimt isn’t the only artist to have captured a kiss in spectacular fashion. Rowan Gillespie’s bronze sculpture – also called ‘The Kiss’ – is much closer to home on Earlsfort Terrace. I love the way the woman is on her tippy-toes, and the kiss is about to happen, rather than a full-on festival of tongue wrestling. Where better to segue from a bit of art appreciation into a practical demonstration?