The whole country is shitting itself with excitement at the idea of some long-awaited sunshine, and it's at the fucking weekend as well!

What have we done to deserve this? This just never happens us.

Now while nearly every European city is well set up to cater for the prospect of a little bit of sun but we are only really ahead of Glasgow and Reykjavik in terms of al fresco eating options.

There are some hidden gems though that I've curated below and also asked for some help from Twitter.

While most Irish people think of beer gardens when the mercury heads north why not try some of these spots for some great grub and a tan at the same time. Enjoy...

Seriously good food, and in close proximity to Slattery's if you're looking for pre/post dinner drinks. The Steaks here are probably among the best in Dublin, and they do a pretty mean cocktail too! Sun, steak and sipping on cocktails! 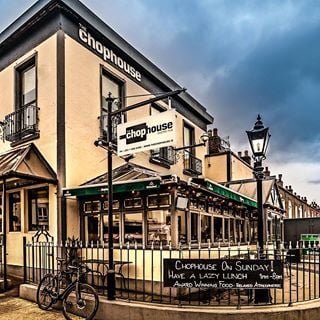 Dublin's newest 5 Star hotel down in the docklands and although I don't think it looks that impressive from the outside that all changes when you step indoors. The rooftop lounge is possibly the best setting in Dublin to watch a sunset and with slick cocktails and amazing food you can pretend you are in a Miami or New York for a few hours.

One of the funkiest boutique hotels in the capital has a huge terrace where they serve some of the best cocktails in town. Added bonus for the geeks like me is that there are plugs for laptops so why not take the Friday afternoon off and work from your outdoor office. Nice selection of salads too means that you can eat light with the heat. 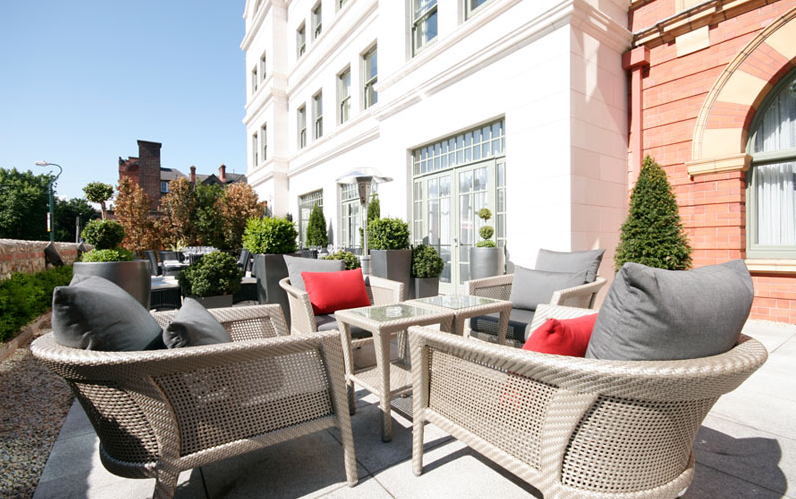 This little gem in the middle of Terenure has one of the cutest little terraces in Dublin but you'll have to get there early especially at the weekends as it is no longer a well kept secret. Lovely little tarts and a glass of homemade lemonade and you are laughing! 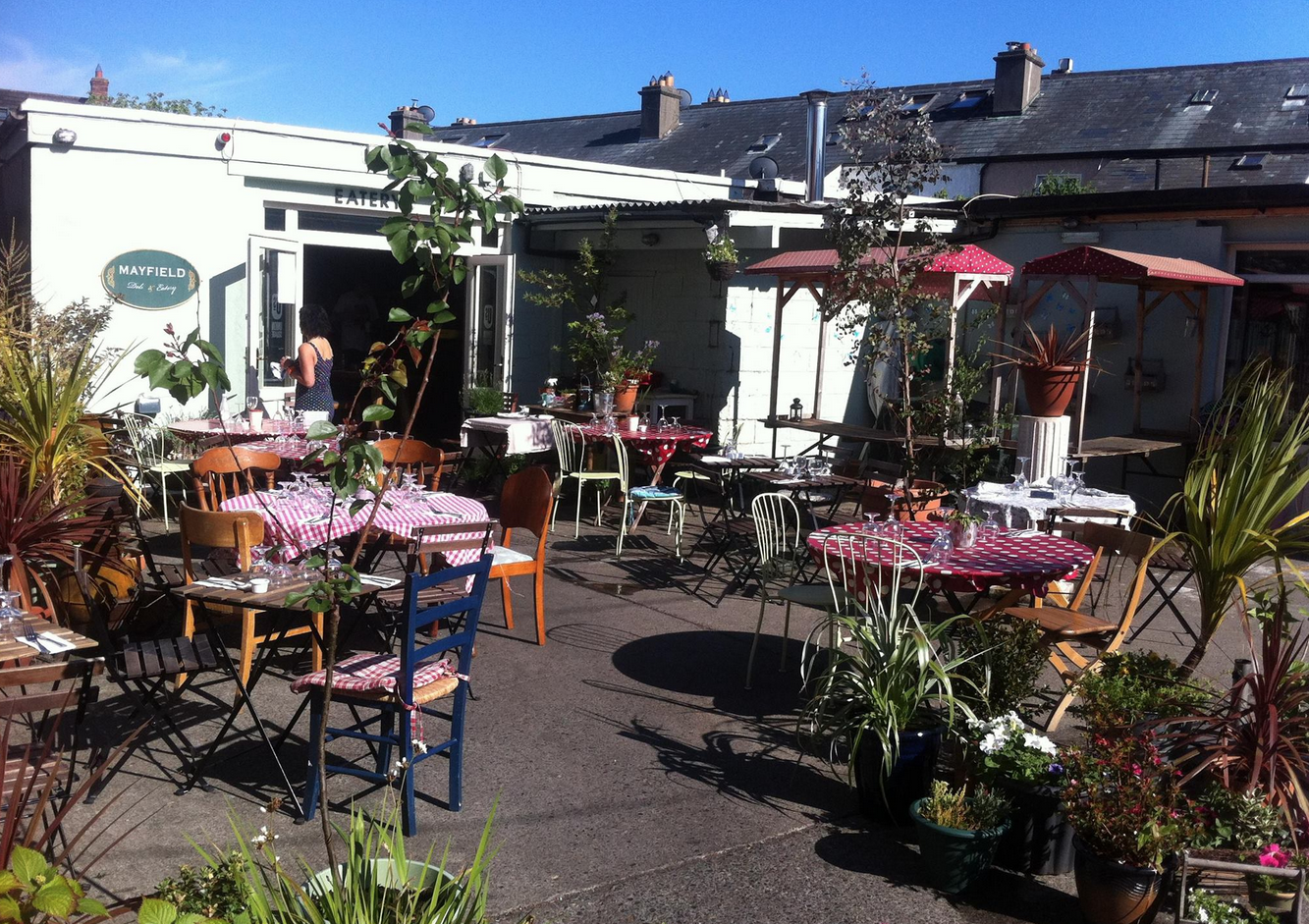 Probably not one of the most glamorous listings I've ever included here but if you are a group of lads (or women of course) wanting to watch the Lion's tour or any other sporting event Diceys have a huge beer garden and they fire up the BBQ with great burgers and hot dogs and plenty of beer on tap. Possibly Dublin's best beer garden when the sun is out.

Being beside the water is always nice when the sun shines and out of the 3 Ely's in Dublin this one is not only the best but also has a bunch of outdoor seating. Great place for people watching with skateboarders, people going to the theatre, wake boarding and lots of good looking young professionals milling around.

I included both of these places because they are right across the street from each other and it depends where the sun is in the sky. My own suggestion would be to start with some of the amazing food in Coppinger row and then move across to Pyg for a few cocktails. Be prepared to fight for an outdoor seat though! 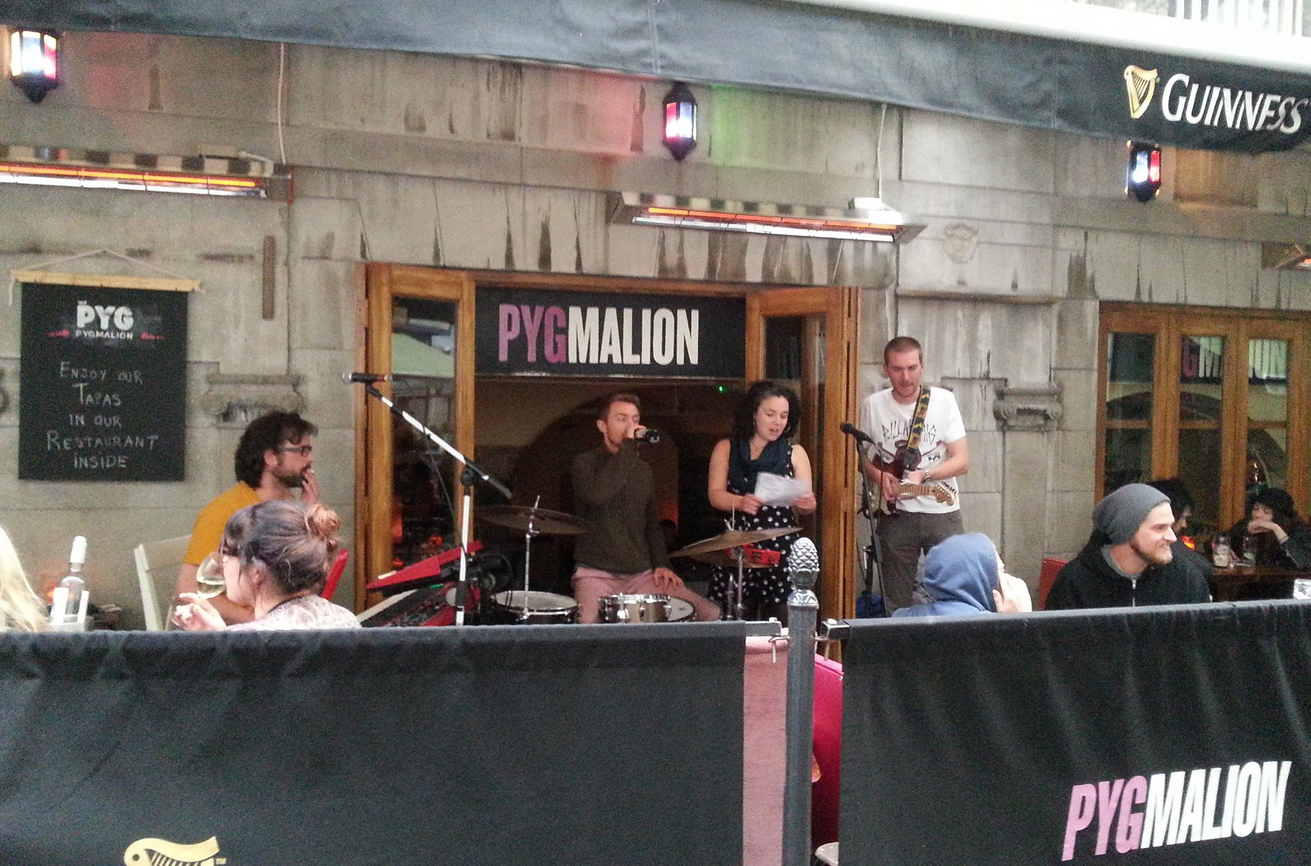 I don't know all the good spots so luckily a bunch of people from Twitter were able to come back with their suggestions. Some awesome ones here but there are probably lots more so don't be scared to share or self promote your own place in the comments below. They'll be in short supply this weekend!

@NiallHarbison I love to go to the MV Cill Airne on the Liffey when the sun is shinning. Plenty of seats on the deck! http://t.co/R4MV1O6tq3 — Andy:Baking Bachelor (@BakingBachelor) July 5, 2013

@NiallHarbison VCC have an open terrace upstairs. I recently ran I to this issue- not many places!
— David (@silverchicken1) July 5, 2013

@niallharbison Sure it's not up your street but Milano on Baggot street has a nice outside bit on the canal. — Amanda Webb (@Spiderworking) July 5, 2013

@NiallHarbison The Bailey on Duke St is good (food & people-watching) up until about 3pm, when it's in shade.
— Paula Nolan (@PaulaStrand) July 5, 2013

@NiallHarbison my column in The Gloss mag yest - guide to all the best outdoor spots, my fave Merrion Hotel garden and for drinks the Marker — Suzanne Campbell (@campbellsuz) July 5, 2013

How to make delicious honey glazed wings at home