Dublin is abuzz with all things Ariana at the moment and the whole Lovin office is on Ariana watch, hoping to get a glimpse of the popular singer-songwriter.

Well, three lucky Dublin fans managed to beat us to it and ran into her over the weekend.

Out for dinner at Marco Pierre White in Donnybrook, Sinead, Dearbhla and Jenny spotted the star at another table. Working up the courage to talk to her, the trio went over and asked for an autograph for their friend Kayleigh, a self-confessed Ariana superfan.

And it turns out the songstress is just as nice in real life. 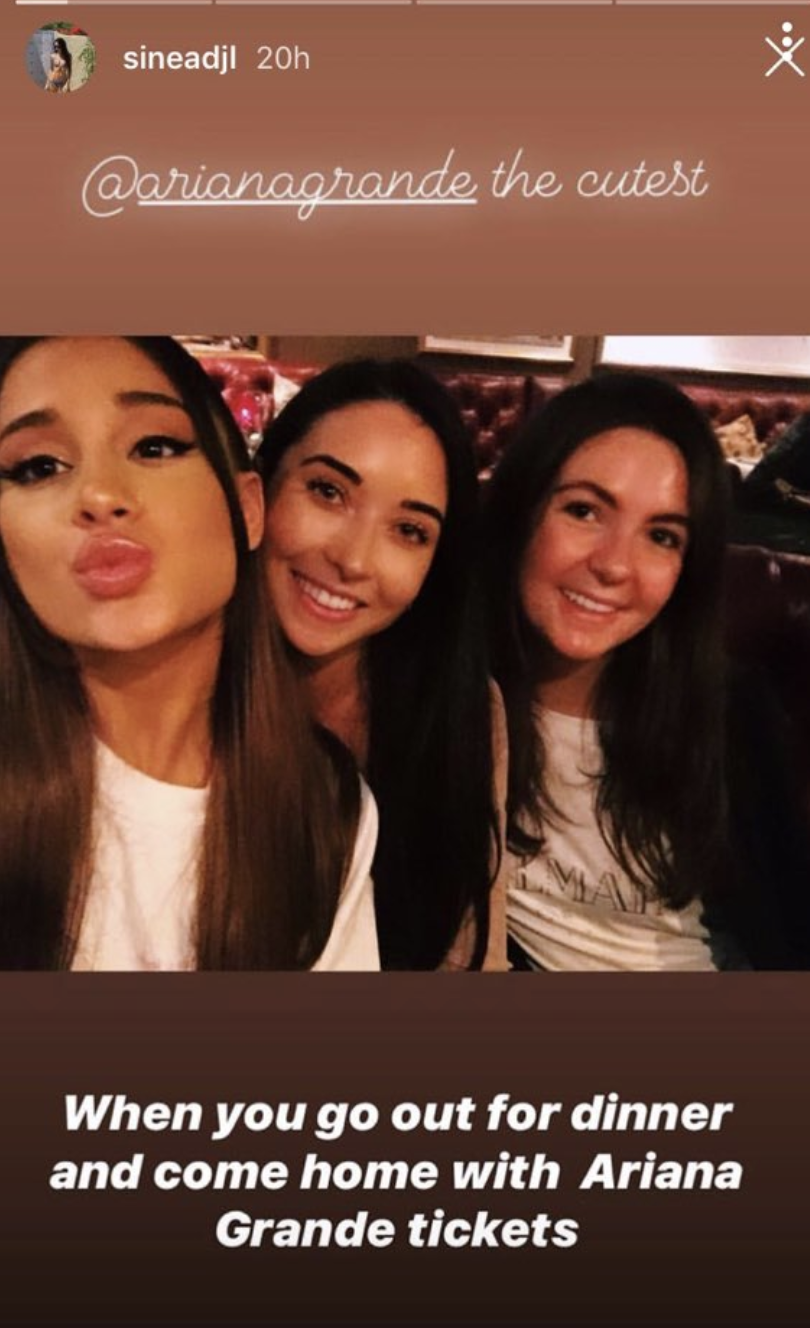 The 26-year old, here on the Irish leg of her Sweetener tour, posed for pictures with the girls before putting Kayleigh and her friends down on the guestlist for tickets to one of her three sold-out shows. 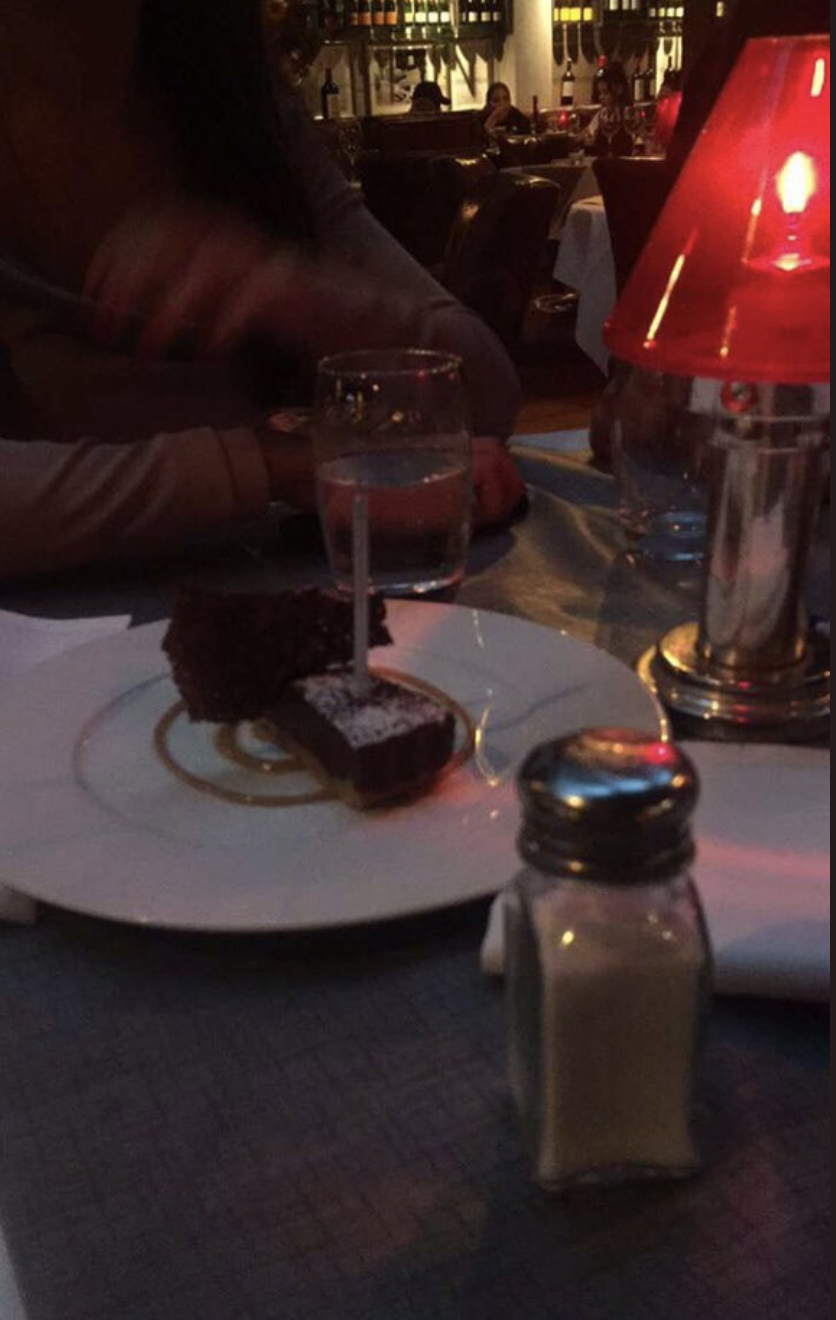 She even sent dessert over to their table. Concert tickets and cake? Safe to say that was up there as one of the best days ever.

Kayleigh, pictured centre, who actually already had tickets to the show, made sure to pay the kindness forward and gave her original ticket away at the door to someone who had been landed with a fake. Now that’s a feelgood Monday story if ever I’ve heard one.

And while they say you shouldn’t meet your idols in person, I think this is one case where the rule doesn’t apply.