The Germans might have the best economy in the world, make the best cars, win every fucking football tournament under the sun and some of the best beers around but thankfully they've never been that good at food. Apart from Black Forest gateaus their list of famous dishes reads about as well as a list of Irish bank's credit rating would to Angela Merkel . In short German food is about the same standard as the various late night joints on Camden street throw at you at 3 in the morning...messy shite. I guess they are too busy maximising the efficiency of their factory exports to encourage the flair needed to create high end chefs. "You vant to make a Souffle Jurgen? Nein!!! Get back to das engineering manual and learn your financial ratios and eat your snitzel and leave zee cooking to zee stupid broke Italians". 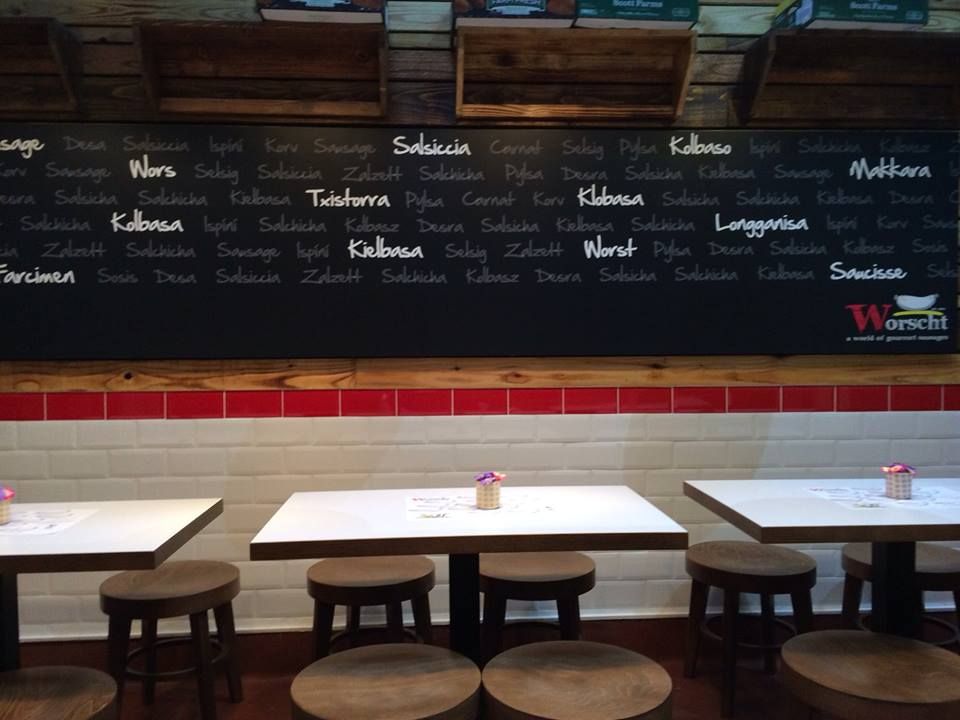 One thing they've always been decent at are sausages or as they call them Worscht and a new place has just opened where the old Honest to goodness used to be in George's Street Arcade called Worscht World. I was praying that the sausages would be rotten because the amount of titles I had running through my head were endless..."Zee Germans serve up the worscht sausages in Dublin" was leading as I flicked through the menu and drank an excellent coffee. 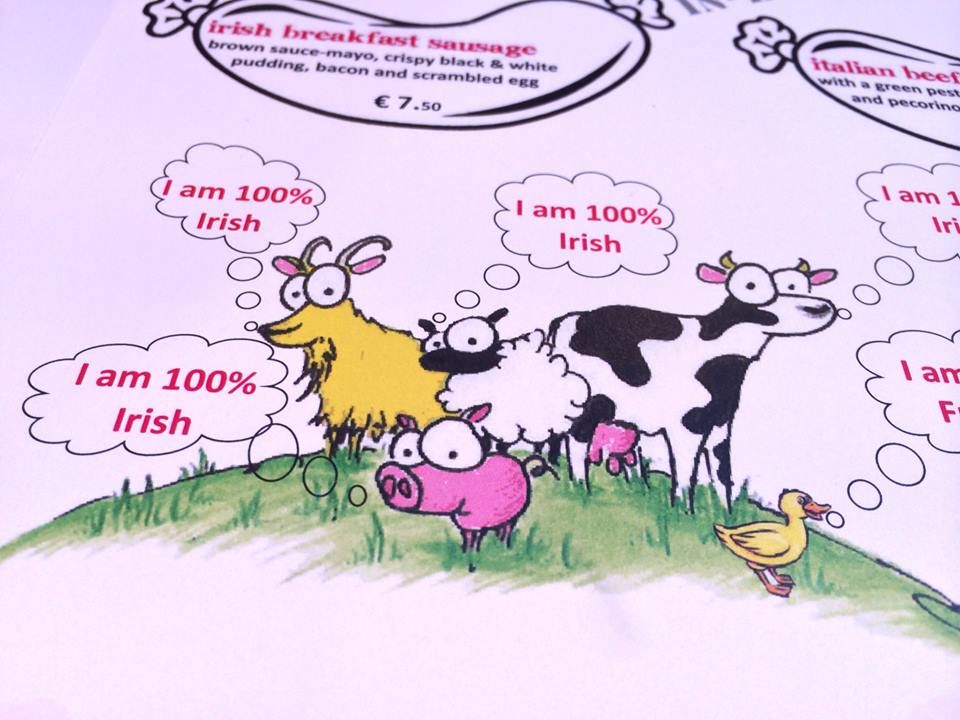 The menu was quirky, funny, well written and packed full of choice so even though there were a couple of German accents preparing the food they clearly outsourced the writing of the funny dishes to a local. We might be shite at process and keeping money in our ATMs but we have always been brilliant over the centuries at a couple of funny lines of prose. 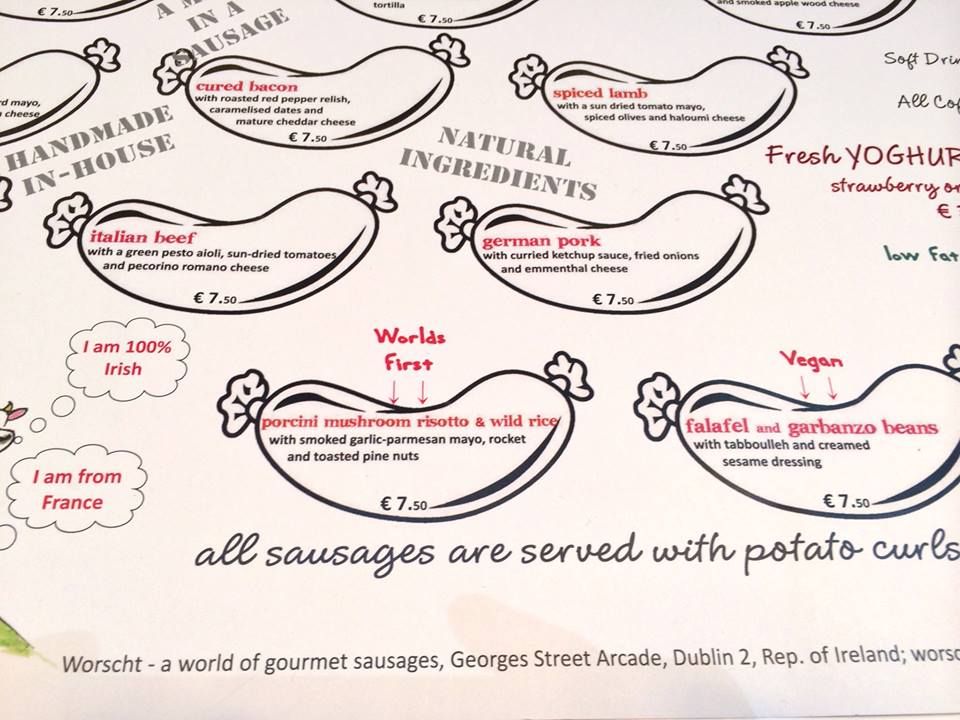 The sausages come in all shapes and sizes and I came very close to ordering a wild mushroom risotto version out of sheer curiosity but ordering rice in a sausage shop would be like going to Octoberfest and asking for a bottle of Budweiser. 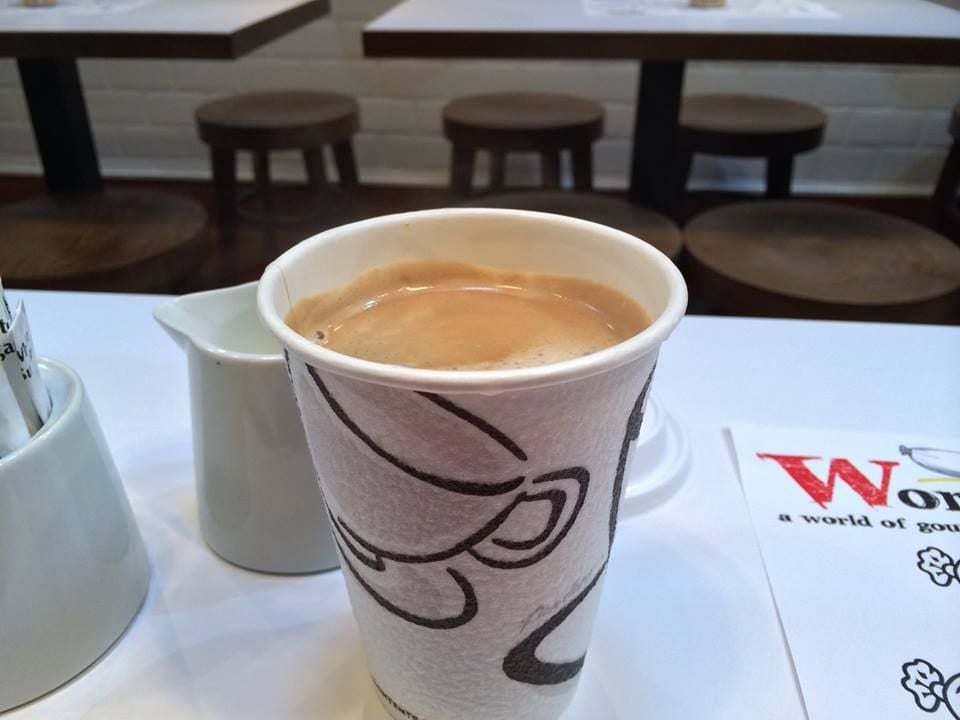 I went for a Cordon Blue pork sausage which came with crispy prosciutto and mozzarella. The sausage was just nicely cook with lovely pink middle (there is fuck all wrong with easting pork pink btw) and the crispy ham and cheese made this a lovely meal. 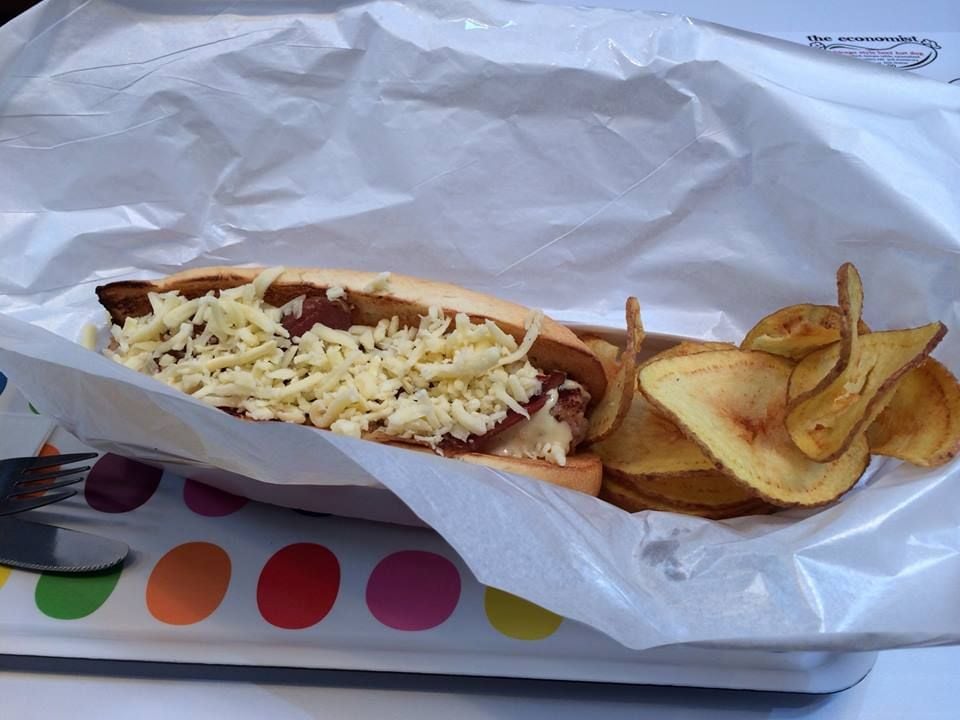 All sausages come served with crispy potatoes and although mine were a little soggy you can see how these would work. The thing about this food is that it is drinking grub. You'd either have one of these to line your stomach before a rake of pints or you'd stumble in the next morning because this is a perfect hangover treat. Like a fancy high end version of the humble breakfast roll. 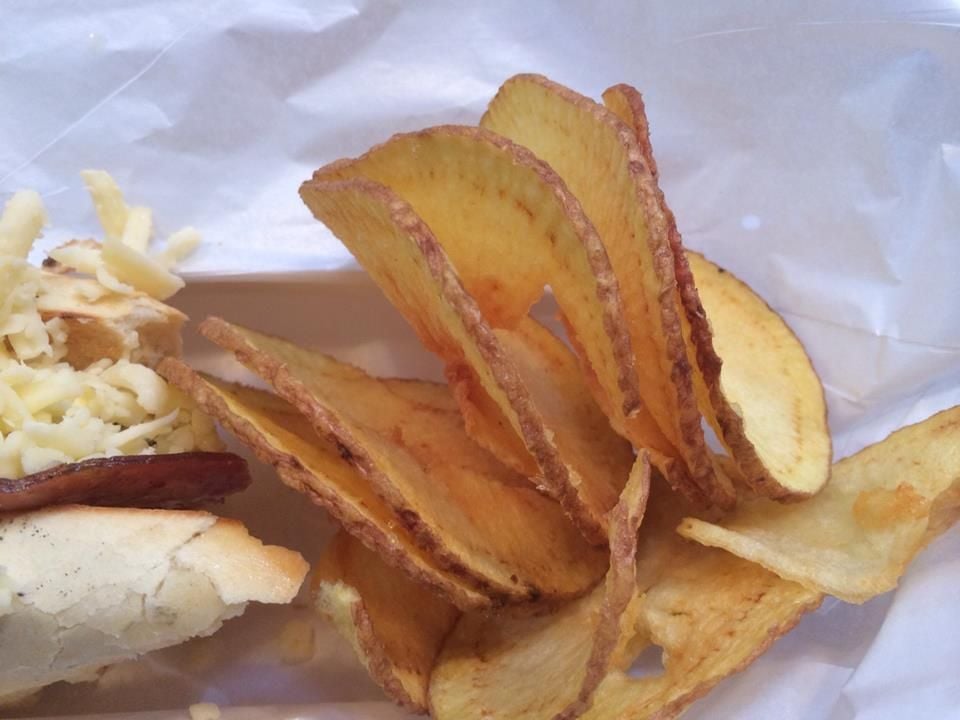 It might sound like I'm doing it a dis-service by saying that this is only fit for hangovers because it is well executed and fucking delicious. I'd eat one for breakfast any day of the week but as I sat there on a Saturday morning with a clear head I couldn't help thinking it would taste better with 12 pints swirling around in my belly and a dirty rotten headache. I'm just glad that the Germans have put their best culinary foot forward for once. It is something new for Dublin, something unique and at just 7.50 a sausage you can't really go wrong. Not the worscht food you'll ever taste at all!