Before you read this post please read this one in full by Trevor White in the Irish Times.
I don't often get angry. Life is way too short. You certainly don't get angry on the biggest celebration of national identity in the world...Patrick's day. I came home from a walk in rural Ireland this morning and spotted a link on twitter from The Irish times that had me spitting blood with fury. I've the thickest skin in the country but saying Dublin isn't a cool place and questioning everything about our identity as people really got me going. I tried to write a completely honest post...

The Irish Times are fantastic. They have been there reporting on news and making us a better country for a century. 100 years. I love what they do. I love Una Mullally's thought provoking pieces. Tom Lyons is an incredible business reporter. The list of reasons why I like them is endless. The big problem is they are fucked. Sites like The Journal can pop 6 journalists in a room with good tech skills and become as influential as the Irish Times within 2 years. The Irish Times have pensions, expensive leases and all sorts of overheads to deal with. These are the times we live in. Disruptive times. It isn't fair nor is it nice to watch from the sidelines but the big media guys are dying in front of our eyes. The world is changing and people don't read stuff that is printed on dead trees anymore. I think what the Irish Times (and other old media organizations) are trying to do strategically is noble but it is just no longer viable as a business. When I read that piece today it felt like watching a brave swimmer slowly drowning. You don't want to see it happen and you know what is coming but you have to cover your eyes as the power of the ocean wins over.

What this all relates to is ego. Trevor White wrote a piece in a newspaper and by default that means he has an ego. He wants people to read his piece and make it shape opinion. It has. I've been moved by it so he has done his job and got people talking. If you work in the media (like I do) you have an ego. If anybody tells you differently they are lying. You want to be heard. I sold a business a couple of years ago for a couple of million. It meant that the world was my oyster. The easy option was for me to go to Silicon Valley and raise 5-10 Million for a new business idea and become a billionaire. I know that sounds incredibly vain but I sat with Patrick Collison (Stripe which will ultimately become a 50 billion company) when he explained his idea in 2008 and I know Des and Eoghan Mccabe from way back (Intercom who will sell their business for a couple of billion within the next year or two) and I saw the same traits in myself. I made a very conscious choice to ignore that world and stay in Dublin. I'd imagine you are LOLing when you read that vanity but it is true. I stayed in Dublin because I love this city. I love the people here. The craic. To be brutally honest I don't know what LovinDublin will become but I know it is big. We are tapping into a movement. A city full of people walking around with smartphones who love what they see and who want to share it. It isn't a marketing campaign nor is it a brand telling people what to do. It is a movement of people who love their city and want to tell the world. I'm a business person and I want to make money from Lovindublin and that day will come but ultimately this is about making the place I live a better place. A better city. I always judge myself on the metric of "If I was to die tomorrow would I be happy with what I was doing today". I am happy and the goal is an insane one and I know my ego can be out of control but making a billion dollars isn't as important to me as making Dublin a better place is. 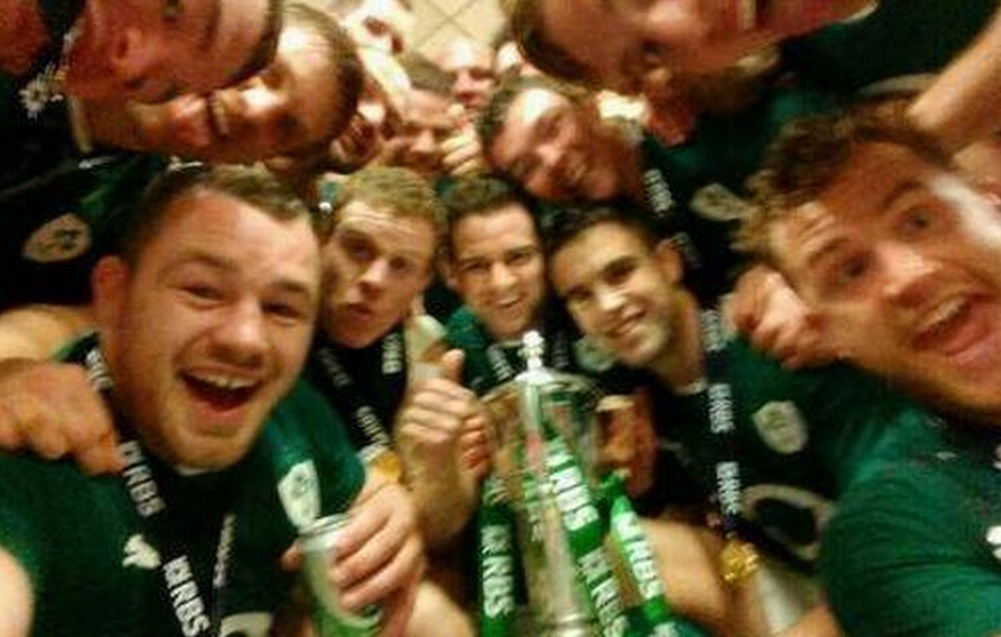 What annoys me most about the piece is that it is unpatriotic. Everywhere I look I see examples of Irish people being incredible. Lets ignore Brian O'Driscoll and the Irish rugby team because enough words have been written about that and we know they are incredible ambassadors for us as a country. Today one of the most valuable companies in the world (Google) have changed their homepage in honor of Ireland. The most incredible example of civilization (The Egyptians) have turned their pyramids green. On the other side of the world the Sydney bridge is green. The best city in the world (New York) comes to a standstill as proud Irish people march through the city. The most powerful man in the world (Barack Obama) sits laughing with the world media with a green tie on and shamrocks in his breast pocket praising us. Kodaline are about to become the biggest band in the world and replace U2 as global ambassadors for the creative genius that lives in every single one of us. The Irish be they Dubliners or Farmers in rural Kerry are insane people. We punch way above our weight. I don't walk down the street and think "I am a Dubliner" but instead bless myself that I have grown up as the luckiest little fucker in the world. I am Irish.

This website has been an accident from day 1. It started as my own blog. Something to make me eat out more. It turned into a business by accident. I remember sitting in my front room with Jamie Heaslip (Irish rugby vice captain and chief friend of the site) and talking about him getting involved. It was during his contract negotiations and when French clubs were interested in paying him more to move abroad. I never got involved with his thought process on that decision but what shone through for me and why I wanted to get him involved with the site was his passion for Dublin. He just got it. His passion for this city shone through and we shook hands after our first 30 minutes together knowing we could help this tiny little city punch even higher than we have been to date. I'd leave you with the thought of Instagram. When I wake up in the morning and fire up the iPhone I look at the hashtag lovindunlin and see a bunch of pictures of Dubliners sharing their city and being proud of it. Kodaline at the o2. Patricks day tea in the Westbury. People with shamrocks on their faces having a pint. I don't make one single penny from that but it fills me with a pride that I could never have imagined. It makes Dublin better. It makes Ireland better. So thanks to Trevor White and to the Irish Times. When I read that article I was mad. Furious. Spitting rage. What I realized though after reading it was my passion for this city. To defend it at all costs. To make it better. I think the lads did their job which is shaping opinion and moving people by their content. Far from being a bad piece of journalism which I thought it was at first I realize intentionally or accidentally it encouraged debate. All I know is that I love Dublin but more importantly I love Ireland.