You can't walk around a corner in Dublin these days without seeing some sort of craft beer. The big breweries are caught in a tizzy between shitting themselves over declining market share, creating their own beers or acquiring smaller breweries trying to hijack the movement. Consumer sentiment is changing and although the big beer brands still dominate, we all sort of got tired of being marketed at through sports and music festivals and told to drink increasingly colder versions of the same boring drinks. When it comes to drinking beer, change is very much in the air. Although much of the craft revolution is happening in the home, you can't beat a good bottle of craft beer and some good food in comfortable surroundings. 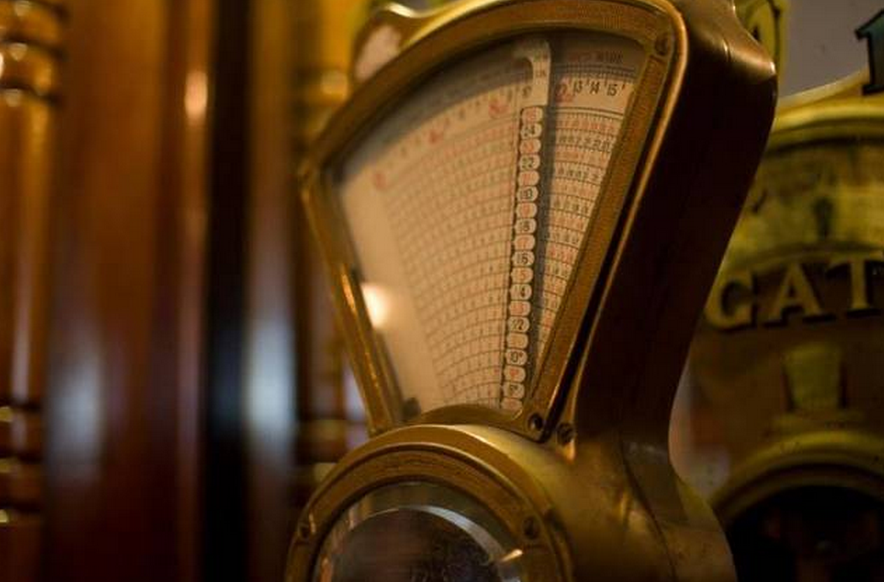 Stoneybatter is one of those brilliantly unique little areas of Dublin that make the city so quirky. A couple of decades ago it was just plain rough but with families and young professionals struggling to find homes in the city it is now quickly turning into one of Dublin's trendiest areas. There's still a good smattering of junkies roaming the streets only a few hundred yards away but alongside Smithfield, this is one of the areas I'd be most excited about over the next decade as the city reinvents itself. The culture here is probably best exemplified by 4 of my favorite bars in the entire city being within a few hundred yards of each other. The Cobblestone is trad sessions mixed with young professionals with the best smoking area in the country. Frank Ryans is a proper old style Dublin pub with great creamy pints and across the road The Dice bar is a little hidden gem that screams New York. Perhaps the pick of the bunch though is L Mulligan Grocers. See these places were hipstery before anybody knew what hipster was. They served craft and quality Belgian beer on tap while 90% of people were still necking pints of Carlsberg in stuck up expensive super pubs. L Mulligans certainly wasn't the first craft beer spot in Dublin nor were they alone in setting the trend but they certainly helped kick things off here in Ireland in the height of the bad times. See craft beer pubs could only really survive in areas with cheaper rents as the visionaries behind them did things like they have here but converting an old shop into a pub serving awesome meals.

The term gastro pub gets bandied about a lot but I've never really seen anybody nail it here in Ireland like they do in the UK, except for the original Exchequer. Bar menus are all too predictable with the same dishes served across the capital. The food here in L.Mulligan Grocers features plenty of classics but it is cooked at a completely different level. Take my hake and chips for example. Huge flakey fish covered in gorgeous breadcrumbs rather than the usual greasy batter most places prefer. 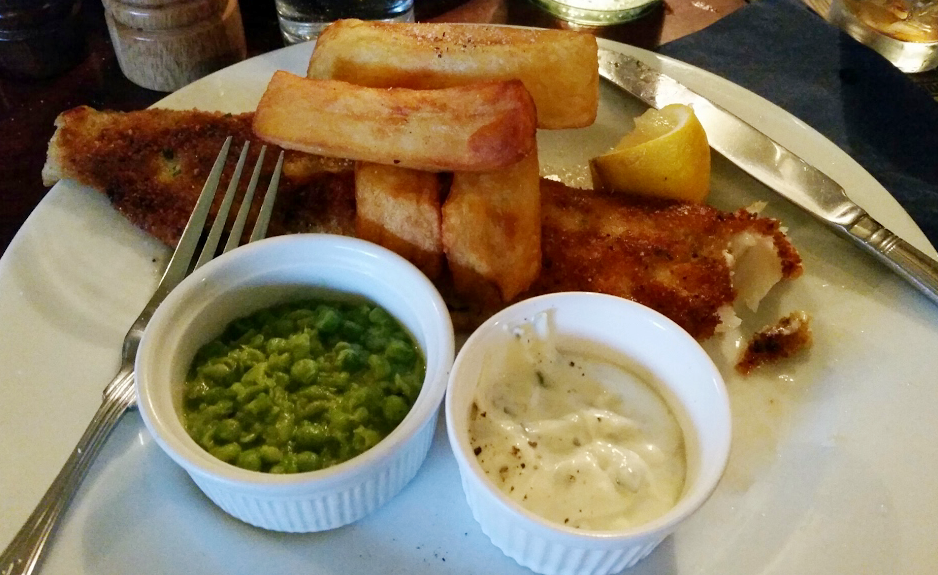 Our starters were super simple featuring a scotch egg and some black pudding with rhubarb. No need for amazing presentation or expensive garnishes when you have ingredients and cooking this good. Perfect food for lashing into you with a few beers too. Big bold flavours. My mate John went for the chicken Kiev which I could have punched him in the face for because that was the main I wanted (I ended up way happier with my fish anyway) and again it was simple perfection. Being a gastro pub doesn't mean you need to have Fois Gras on all dishes or expensive Italian cured meats. It means having the balls to cook with simple ingredients and perfecting the classics. That is what they do here in Mulligans. 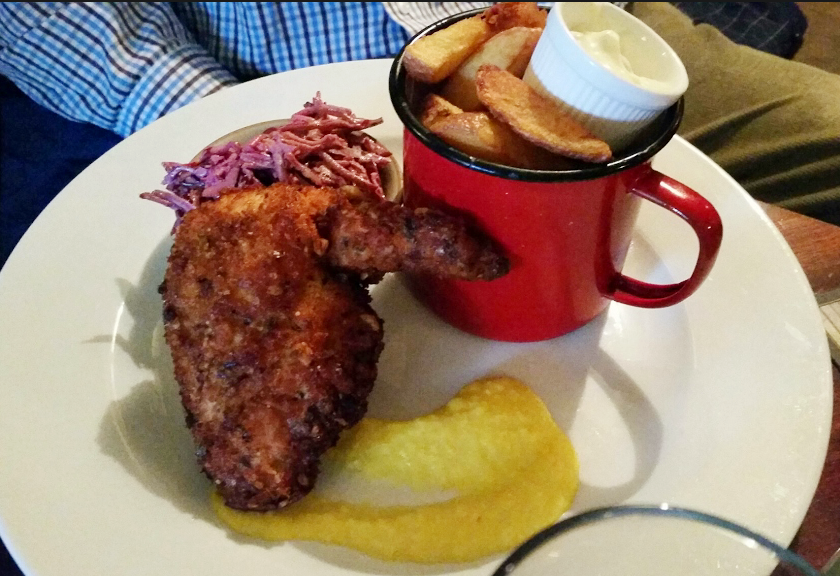 What sets this place apart are the little touches. The bill coming in one of those little cases that everybody my age knows from their school days. The sweets inside. The menus coming in little bound books. The wonderful staff. The food and beers alone would keep you coming back here but when you throw in the attention to detail, it elevates this experience from just a normal bit of grub in a boozer into something way more special. 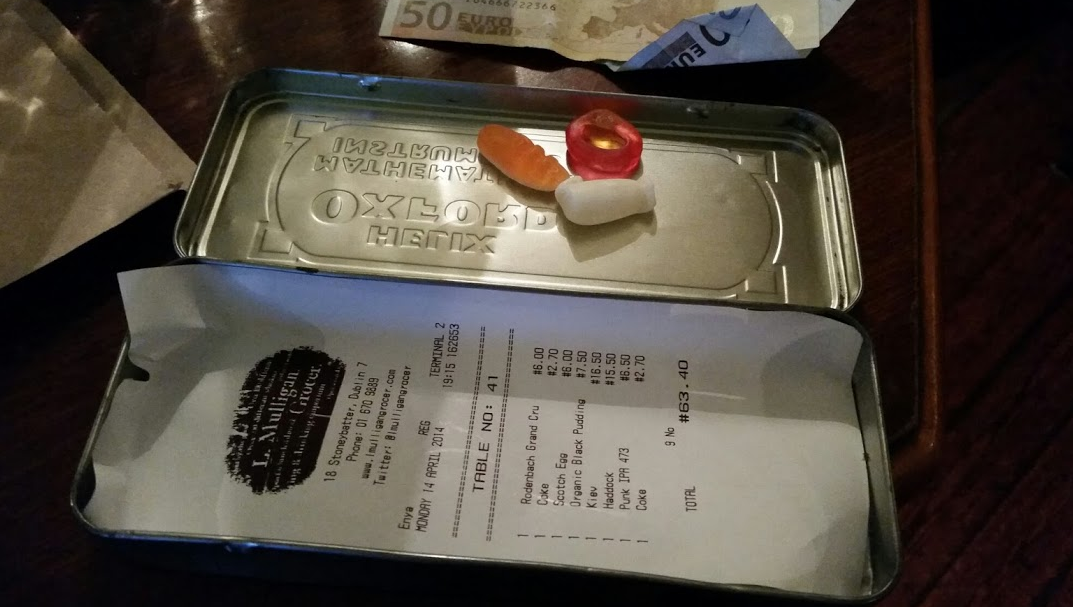 Make sure to make the trip down here and if you are lucky enough to live in the area I'd imagine you'd already know about this little community gem. This is real Irish cooking and service and modern Ireland at it's very best. 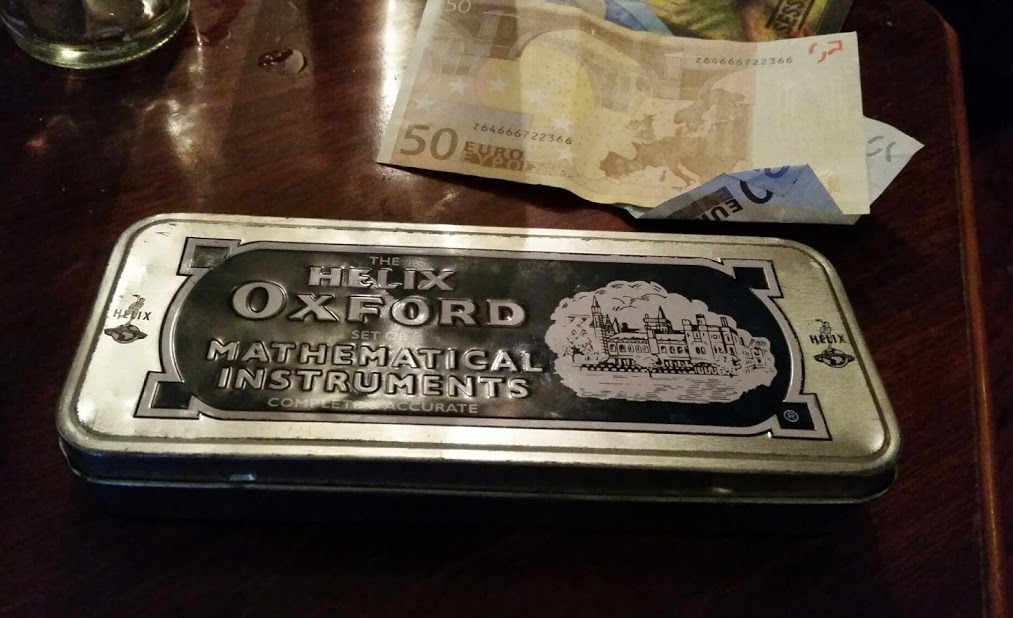 I am only one person eating there on one day so to add a little balance here are some other wonderful folk who have taken the time to review the place as well..
Pol
Stitch and bear
Fork and cork
French Foodie

10 delish restaurants doing takeaway in Portobello and The Liberties

10 delish restaurants doing takeaway in Portobello and The Liberties

PICS: This Dublin shop's 'trumpkin' may be the scariest Halloween display yet