The wise words of the great Lou Bega have never rang so true. On Saturday night, the Dublin men's team celebrated becoming the first county to win five All-Ireland Football Championships in a row before the city's ladies followed this up with their own three-in-a-row yesterday.

It all made for an epic weekend of celebrations around the city but now that the dust has settled, it's time for all of us to get back to work. One team who hasn't wasted any time is Feature Walls, a mural painting business whose work has been displayed nationwide.

Fresh off the back of unveiling a mural in tribute to Dublin manager Jim Gavin a couple of weeks ago, the husband and wife team of Ruairi and Caroline got to work on adding the words '5 In A Row' to the Ballybough piece. 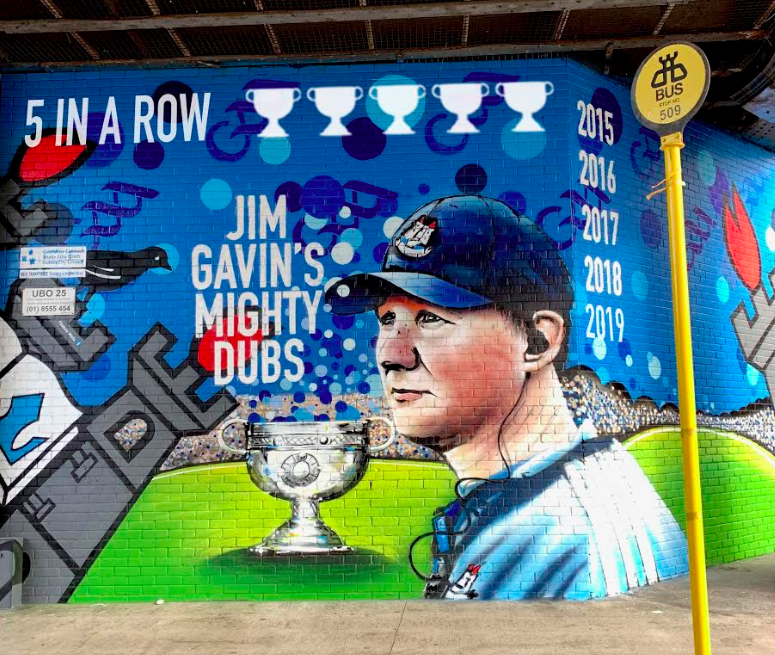 A fitting tribute to a man who will no doubt go down in Dublin sporting folklore. Ruairi and Caroline are based in Galway and their 13-year-old daughter Georgia was on hand to take these snaps of her parents' work. 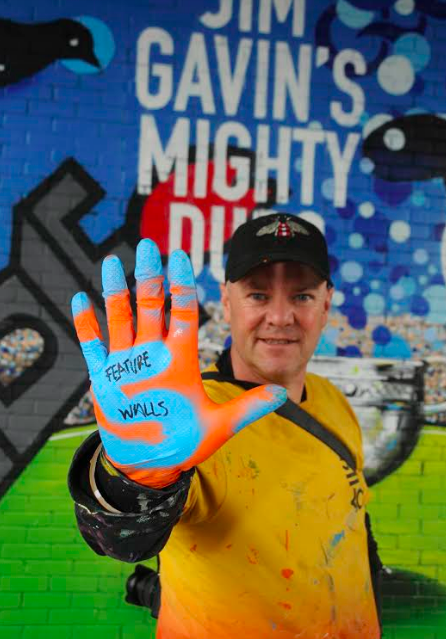 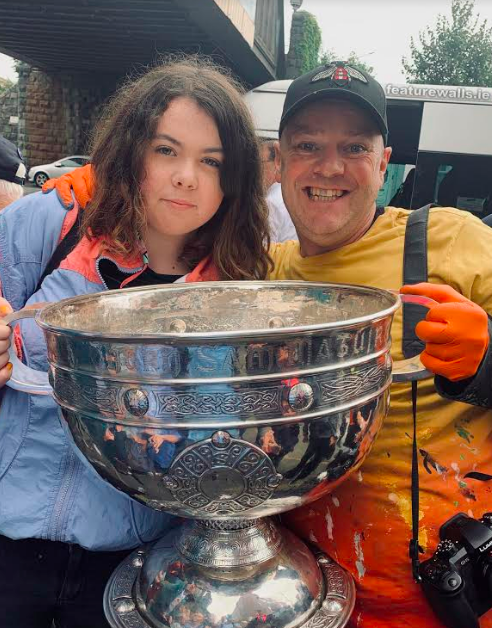 The family even got to meet the Sam Maguire Cup which has just entered its fifth successive year residing in Dublin.

Will the mural have to get updated for the six-in-a-row next year? Only time will tell but the answer is most probably 'yes'.

READ NEXT: Here Are The 10 Coolest Things Happening On Culture Night 2019