Bad news for anyone heading to Love Sensation later.

Gossip has had to cancel after an accident on the way to the airport today.

Lead singer, Beth Ditto, received a shoulder injury from a fall and is unable to perform tonight on the advice of her doctors.

They released a statement that read, 'Gossip would sincerely like to apologise to their many fans who were coming to the festival for any disappointment and inconvenience caused.'

But it's not all bad news – Love Sensation has announced that Le Boom will now take the main stage at 19.45 instead.

Here is the new line-up: 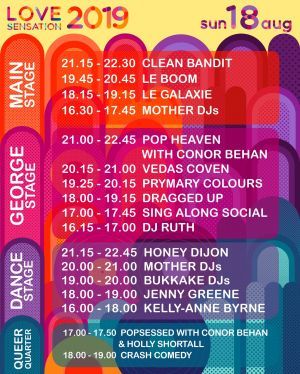