When people evaluate a dining out experience they'll often talk about the food but I'm a believer that far more comes into the experience that that including service, location, cost and probably most important of all the company you are eating with. Most times you'll find the service side of things lets the show down and no matter how tasty the food bad service really pisses us all off. I'd been to House on Lesson Street a couple of months ago for a meeting and just had a Banoffi for dessert and it had to be the most sickly, disgusting, vomit in your mouth, shitty whipped cream extravaganzas I'd ever been served up. I didn't really hold it against them as they were still new enough and I wanted to go back for the full experience. 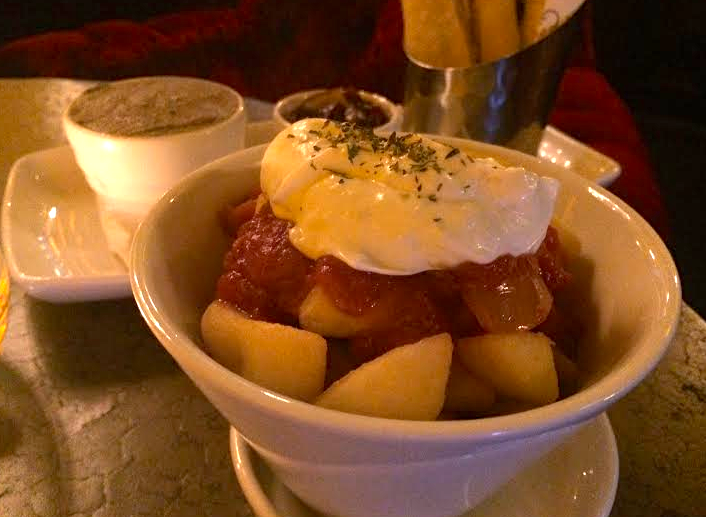 I picked it because I needed somewhere to bash through some work and with big comfy seats, free WIFI and being a sister restaurant to 37 Dawson Street I thought it must be good. When I walked in on a cold December evening there was a roaring fire, warm smiles. Somebody found me a plug without me asking which is an action alone that normally just gets you an amazing review from me. Those sort of little service touches that make you want to go back and given that this is a sort of members club (without needing to actually be a paying member) that is a good thing. The menu looked gorgeous and so on trend with lots of little tapas specials. Everything sounded delicious and I went for a chicken liver pâté and Patatas Bravas intending to start with a couple and then dip back in with another sneaky plate or two later in the evening. That was before I tasted any of the food. It was the greatest loads of shite I have ever eaten in Dublin. I don't really know where to start explaining just how bad it was. I could have sent in either one of my two dogs with me from home and asked them to puke and take a dump on a plate each and it would have been more appetizing. 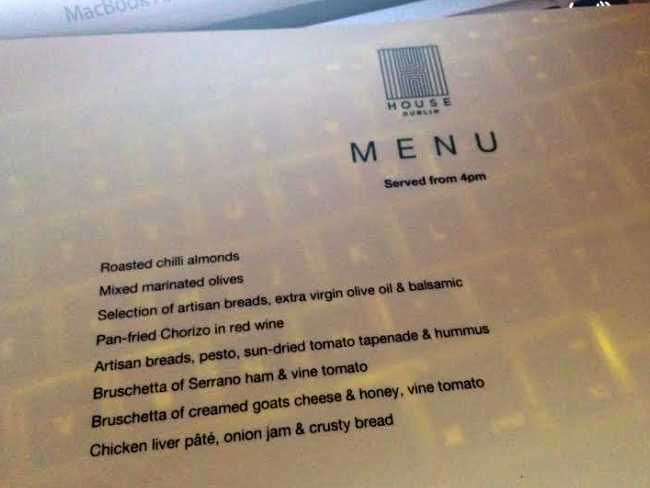 The potatoes were those horrendous pre-peeled ones that restaurants insist on using these days instead of good old real potatoes that haven't been bleached clean in some factory in Dundalk a week earlier. They came in a runny sauce that tasted like a tin of chopped tomatoes had been opened and poured straight on to the insipid potaties. I had 2 mouthfulls, nearly got sick in my mouth and pushed them away. The waiter asked if he could make more room for my laptop and I nearly blurted our "yeah just take these potatoes back into the kitchen and ram them up the arse of whatever bastard made them". 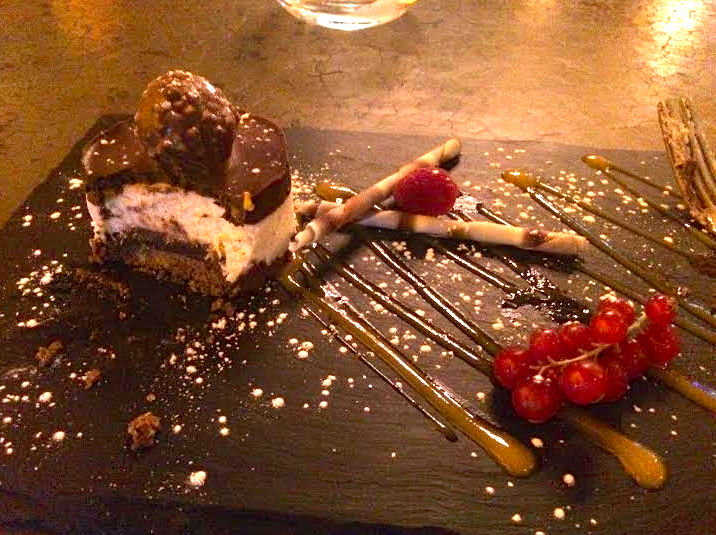 The chicken liver pate was what could best be descried as cement in colour and about as tasty as taking off your own shoe and chewing on it. The bread that came with it was pale, half stale and tasteless. Even though they all tasted like muck I said I'd go for a dessert. I wanted to see if they could get the magic 3/3 fuck ups. I had a little cheesecake which was tasty enough but the big stale Ferro Rochier on top that had clearly just been left in the fridge by the lazy bastard in charge of the potatoes earlier for a few days.

Throughout the whole horrific food experience the service was amazing. In a sporting context every plate of food they were handed by the kitchen was a hospital pass. I wouldn't rule this place out if they made some sweeping changes to the menu but it was just too bad for me to be going back again. Sometimes I can't find it in me to give a place a second chance and this is one of them.