Time for a rant. It's a rant for anybody who has ever tried to research places to eat online (IE all of us) but the good news is there are some solutions here as well. Lets not beat around the bush...restaurant websites are a complete and utter fucking disgrace. Well a good 90% of them are. Menus in PDF, blaring music when you arrive on the site, horrendous 90s design and a poor mobile experience are just the start of the problem. I wanted to provide a blueprint for restaurants and a reference point for you all to come back to. This isn't just me ranting either as the quick selection of tweets I share below show that everybody has this pain point. Most rants don't go anywhere but this one should because you'll be able to fix this for less than the price of one nights takings and I absolutely guarantee that you will get way more customers as a result. Remember that nearly everybody looks online for their dining options these days. If your phyiscal premises was yout website you have all let the facade fall in to ruin, thrown a bucket of shite over the doorstep and put your menu in the upstairs window and are wondering why people don't come in. Here is how to fix it...

Listen To Your Customers

Remember your customers? Those people who spend money with you? All I ever hear them do is complain about restaurant websites. Many don't even come to your websites anymore and rely on review sites, Facebook or other 3rd party services. Here is a selection of the feedback I had from people on Twitter...

@NiallHarbison A menu as long as its not in a PDF file.

@NiallHarbison an up to date menu. Nothing more annoying than turning up and discovering the menu is now different.

@NiallHarbison Menu! Including price. So many don't bother with price. Details of specials, early birds etc. Peeps love a bargain,

@NiallHarbison Very boring... but opening hours and a number I can talk to a human on.

@NiallHarbison menu, number, location, photo or 2. All on one page preferably.

@NiallHarbison so many restaurants don't list opening hours or make them easy to find. Oh and put prices & available times on menus

@NiallHarbison just an up to date menu and contact details. No more.

@NiallHarbison Menu, map and contact deets. Nothing else matters.

@NiallHarbison Menus not in PDF, and the actual times they correspond to - some places make their brunch hours a mystery!

@NiallHarbison Sometimes the best information is on other sites. I'd like to read about other people's experiences eating there.

@NiallHarbison a menu (you'd be surprised how many don't have one) and google maps link to find them.

@NiallHarbison Menu that's not a PDF! Opening hours and location.

@NiallHarbison mobile friendly, menus, pics of the restaurant and above all, directions/a map to get there.

@NiallHarbison An easy way to book a table. Some don't even have their phone number on the front page. A real pet peeve.

I know that most restauranteurs prefer making soups and lattes rather than coding up websites but this really isn't that complicated. If all else fails you could spend about 500 Euros and get a basic website that includes nothing but the following...

And that is it. People don't really need anything more than that. Don't put your menu in a fucking PDF or have fancy music or flashy stuff. Give us all the simple info we are after and we will all be far more likely to make a booking there and then. 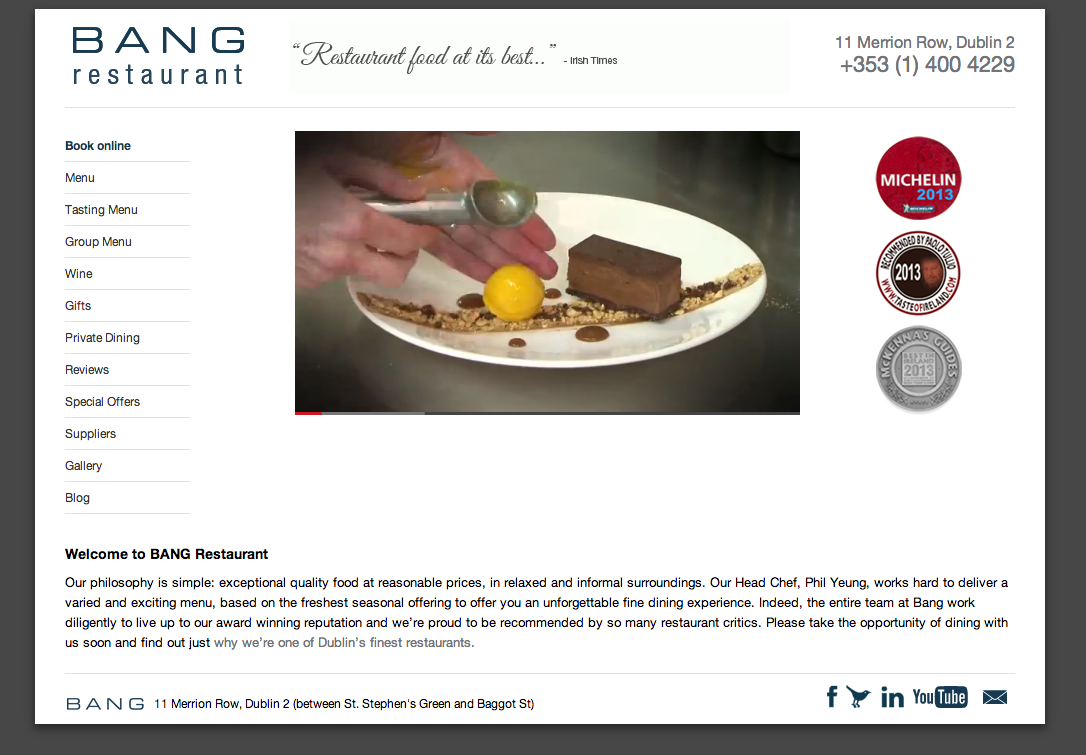 Once you have the simple elements above nailed and you are happy that your customers are finding you and making bookings you can of course expand the experience. Non of the following are essential but they could help you convert a casual browser in to a customer... 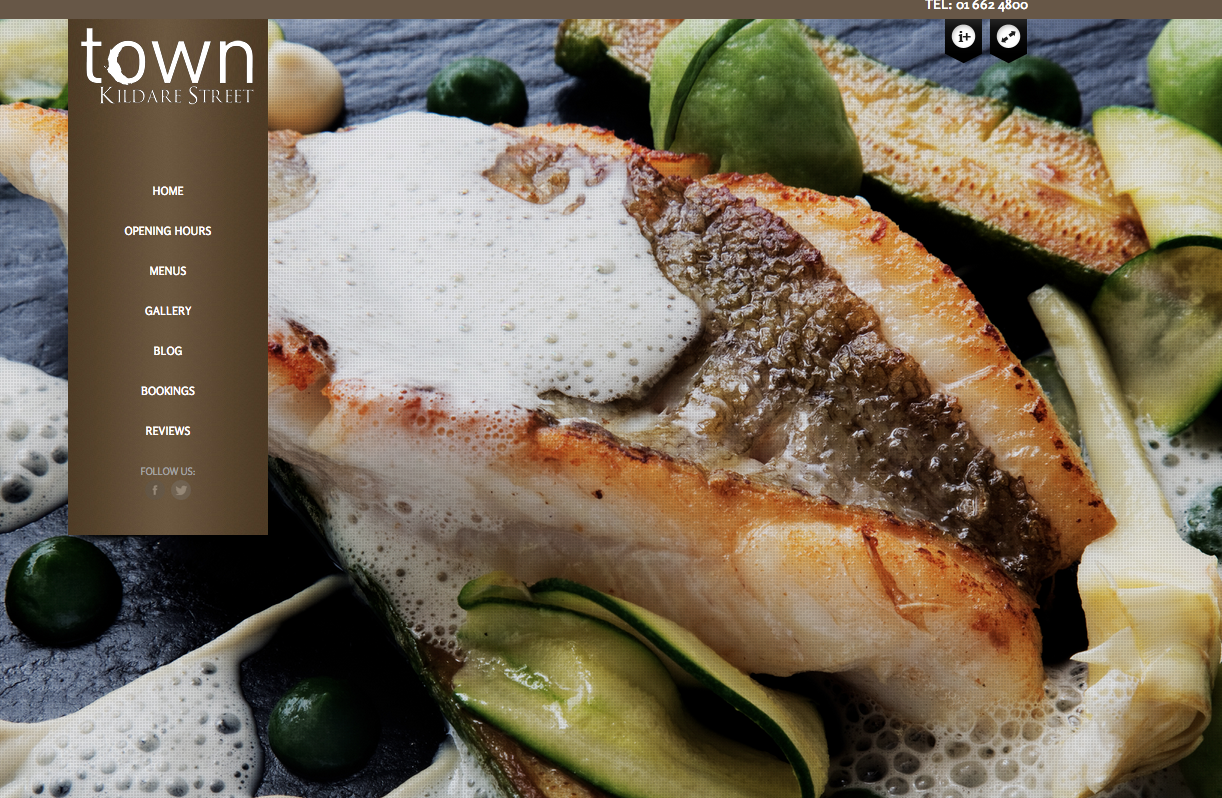 There are certain things that are not only bad to do but which will also actively encourage your customers to leave straight away. The following are the equivalent of a snooty waiter meeting you are the front door. Never ever do these...

I spend a lot of time researching for this blog and I am increasingly finding some restaurants don't even have a website and rely solely on a Facebook page. While not everybody is on Facebook (the vast majority are) it offers a simple and cheap solution. You don't have to build anything and your site can be up in minutes. There is a very simple content management system where you can add all the photos, videos and updates you want. Other bonuses include the fact that it ranks incredibly well in search so no need to pay for SEO and the fact that Facebook is fully mobile optimized as you can see below. Facebook also offers a two way conversation with your customers with people able to leave reviews and share your content with their friends bringing you more customers. Most people pick restaurants based on their friend's suggestions and seeing as all your friends are on Facebook it could be just the home for you. This Is Your Shop Window

The first time people see your restaurant could very well be online. This is the first exposure to your brand. People used to say you should go in to a restaurant's toilets to see how clean the kitchen is. These days with the world obsessed with tech (social media and mobile in particular) it simply isn't good enough to have a bad website any more. The good news is that if you do it right you'll have an advantage over 90% of your competitors because most are complete and utter shite. You have all the tools and the cheap options to tackle this very important problem so I'd say get straight to it and watch the customers flying in the door. You'll make us all very happy if you do fix this.