Summer time is Saison time! Saison is a beer style that many people in Ireland aren’t familiar with, but I hope after reading this post, you’ll give it a try.
Saison (French for “season”) is a Belgian style of beer that was traditionally brewed in the winter months to be given to seasonal farm workers (“saisonniers”) during the summer, because water wasn't safe to drink at the time. Saisons were originally brewed in farm houses and brewing methods, conditions and recipes were very different from one farm to the next. What they had in common was that they weren’t sweet. The dryness helped to keep the beer safe to drink through the summer months. Saisons were often spiced with local herbs or fruits from the farm.

Saison beer can still be quite different from each other today, but what they usually have in common is the Belgian style cloudiness, the addition of herbs and/or fruits, and a not-too-sweet, refreshing taste that makes them perfect for the summer. There aren't many Saisons brewed in Ireland, but there is one that is so good that everyone needs to know about it. 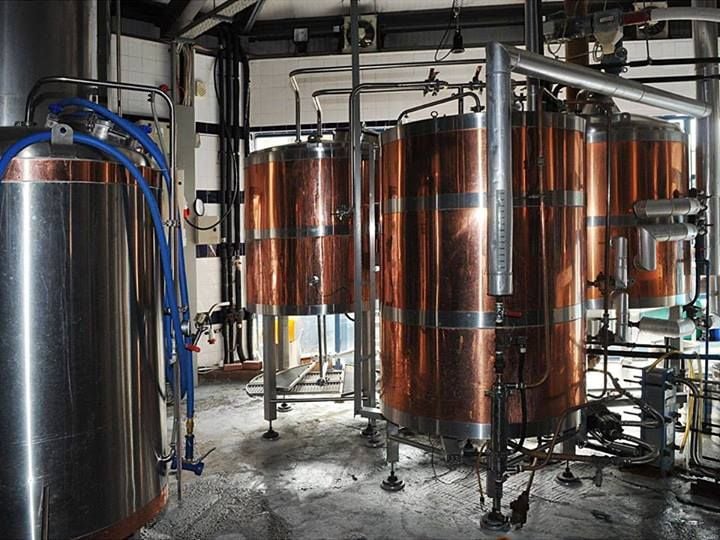 Franciscan Well is one of the oldest and best-known Irish craft breweries. It was founded in 1998 and is located in on the site of an old Franciscan Monastery in Cork City, where they also have a fantastic brew pub attached to the brewery. In 2012, Franciscan Well was bought by Molson Coors, much to the horror of the Irish craft beer scene. Many feared that this would be the end of the brewery and their great beers and that they would start brewing bland, tasteless stuff instead. But thankfully, none of that happened. Let's take a look behind the scenes to find out why. I recently visited their Easter Fest down in Cork with the Dublin Ladies Craft Beer Society, which was great fun.

We were lucky enough to be given an exclusive brewery tour with founder and manager Shane Long, at the end of which I quizzed him about the involvement of Molson Coors in the decision-making process in the brewery. I was delighted to hear that they pretty much tell them "Here's loads of money, brew whatever you like." Deadly. This hands-off approach means that they get the chance to brew lots of seasonal beers alongside their core range, and it gives brewers Pádraig Scully and Jason Carroll a chance to experiment and have fun with lots of different beer styles. The Clementine and Rosemary Saison is Jason’s first commercial release. He had already won awards as a homebrewer before joining Franciscan Well and if this Saison is anything to go by, there is no doubt that this guy has serious talent and there are great things to come. 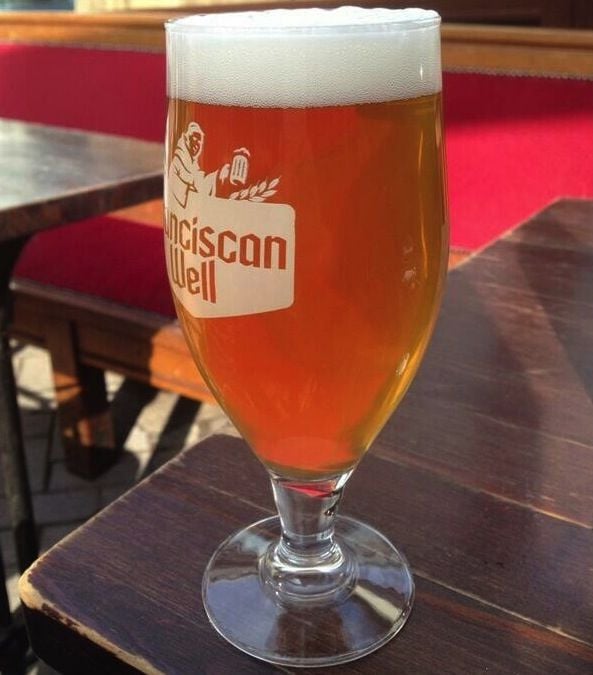 The Saison pours a hazy golden colour with a foamy white head. In the aroma, you can definitely smell the rosemary, and you get oranges, too. The taste is extremely refreshing with a lovely hint of the clementines. There are notes of lemons and ginger as well, together with a slight taste of cloves that is typical for Belgian beers. It is fruity and at the same time the rosemary adds a delicious zingy note. It is so refreshing and light that you want to keep drinking more and more of it. You’d never guess that there’s 7% of alcohol hidden in there somewhere. Another dangerously drinkable and delicious beer. I can see myself and my fellow Dublin Ladies Craft Beer Society members living on this for the summer. Once you’ve tried it, you barely want to drink anything else, especially when it’s warm and sunny.

The Clementine & Rosemary Saison is available on draught in several craft beer pubs, for example The Headline, and bottles are due to be released very soon.Apparently, temperatures are due to hit 20 degrees in Dublin this weekend! There’s never been a better time to give this summery beer style a try and drink loads of this tasty brew. Enjoy!