As promised last week, this week I’ll report about our visit to the Lion’s Den. As part of the European Beer Bloggers Conference, we went on an exclusive tour of the brand new Guinness Brewhouse No. 4 and were treated to a beer and food pairing dinner in the Guinness Storehouse.

Our craft beer scene in Ireland is still very young and the brewers don’t have the dollar bills spilling out of their pockets. The only way EBBC could come to Dublin was with sponsorship from bigger, non-craft breweries such as Guinness. While many attendees (including me) were very sceptical about this at first and some considered boycotting, I am glad I made the decision to attend EBBC and I have to say we were treated like royalty by Guinness. They pulled out all the stops.

First, we got a little tour of the St. James’s Gate site by no other than Master Brewer Fergal Murray himself. The site is massive, like a city inside the City. They have everything in there, including historic tram tracks and tunnels that were built by the same guy who built the London Underground. 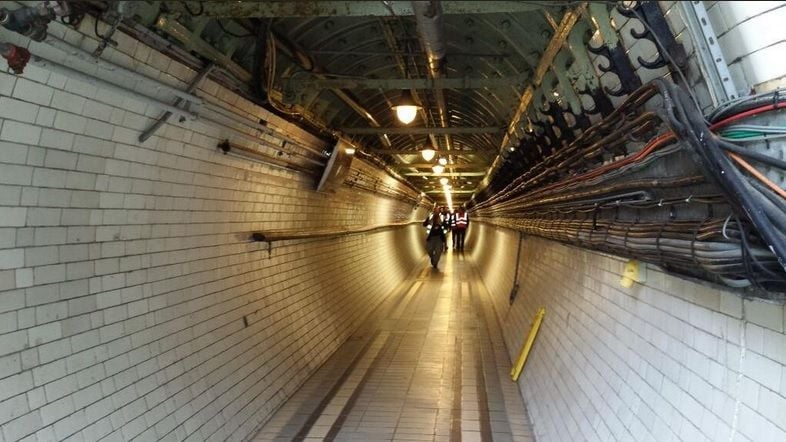 The new brewhouse is only the 4th one they’ve ever had. It’s like a version of Charlie and the Chocolate Factory from the future. Since it is not even in operation yet and still top secret, we were not allowed to take pictures inside it. The vats are HUGE and so shiny that you think you’re on a spaceship. Everything is extremely clean, streamlined and futuristic looking. It was difficult to grasp the scale of this place. It is from a completely different planet compared to the craft breweries we are used to visiting around Ireland. We were the first outside visitors to be allowed a sneak peek and it won’t be open to the public, so it was quite special to see this place. Brewhouse No. 4 was seriously impressive.

After the tour, we went back to “tourist territory” and into the Storehouse. An entire floor was reserved for us here, complete with a fantastic view. They had set up a top notch beer and food pairing. There were amazing oysters, burgers, ribs, pulled pork, fish & chips and a huge selection of farmhouse cheeses, all paired with different varieties of Guinness and Smithwicks. 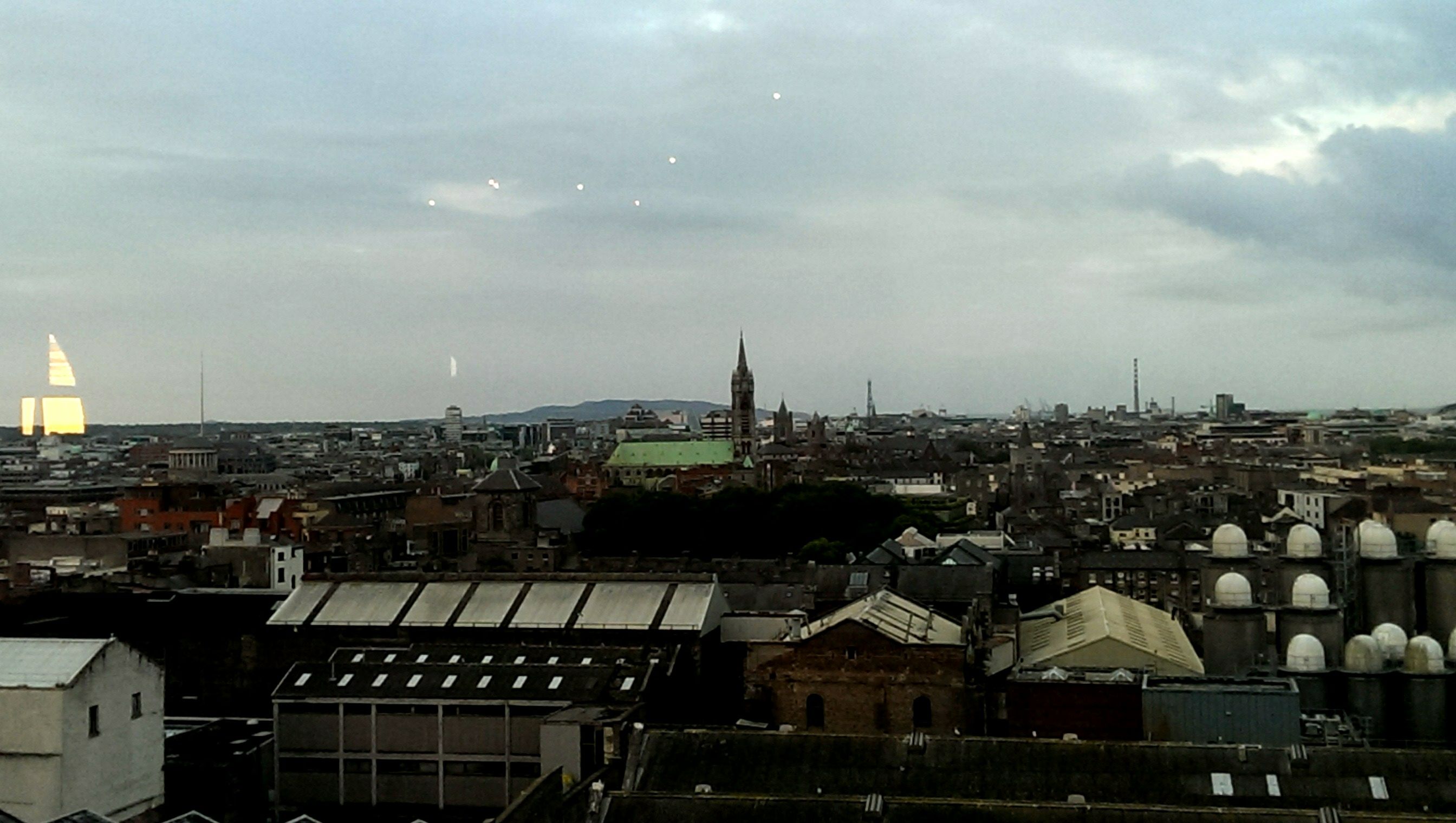 The highlight of the night for me were two special beers that are not available on the Irish market. The first one was a stout that is made exclusively for the Belgian market. It has 8% alcohol and a very nice, typical Belgian-style taste. The other one was my favourite by far. It’s called Night Porter and it was the winner of an internal staff brewing competition. It’s a chocolate stout with vanilla and it was really delicious – like a dessert in a glass. It’s a shame that this beer is only available on-site at Guinness. I think if they produced this beer commercially, it would be a big success with craft beer drinkers. I was not expecting to be trying tasty beers at this event, and I was really surprised to see that Guinness are producing such a tasteful brew. A missed opportunity if you ask me. But just as well, more cash for the craft brewers! 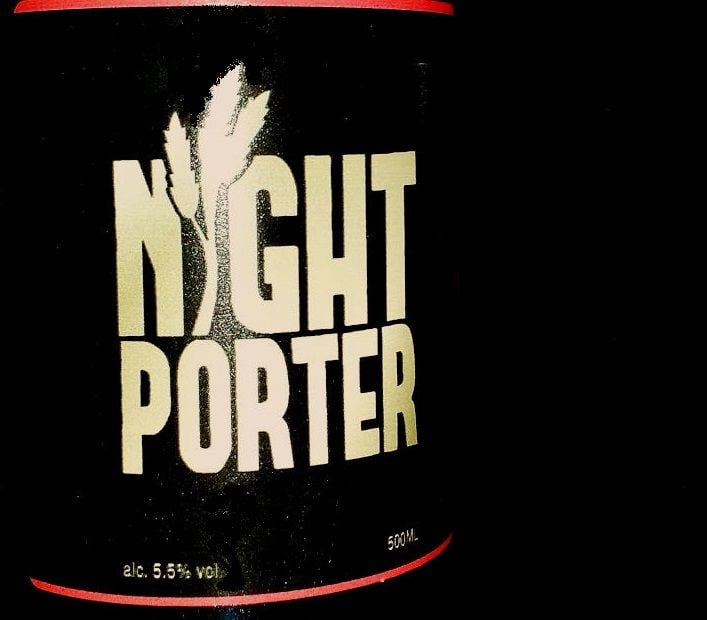 Another sponsor of the conference was Pilsner Urquell. They hosted the second part of our night after we left Guinness and spoilt us with lots of delicious unfiltered Pilsner Urquell from their famous oak casks and more lovely food. Their Master Brewer Vaclav Berka came over especially from the Czech Republic with the special oak casks in tow, which he tapped in front of us with a wooden hammer. It was great fun to watch him. He was a natural born entertainer and really friendly and approachable. 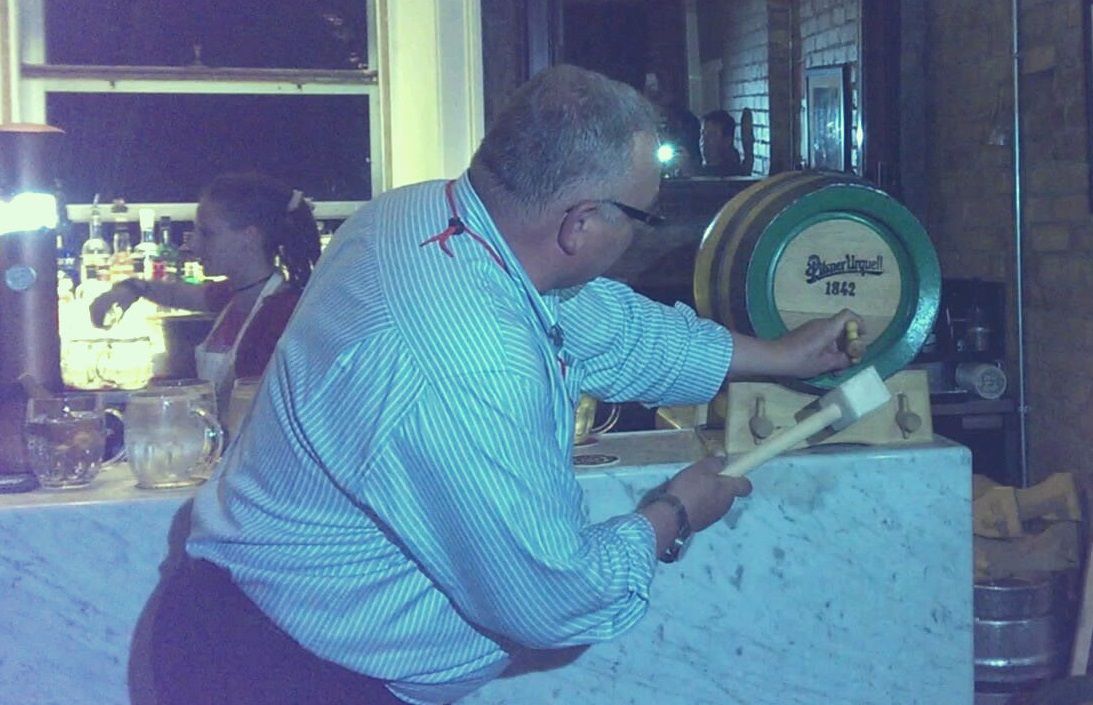 *I think Sean just hit the roof yikes*On top of this great end to our first night at EBBC, Pilsner Urquell also put on the most amazing BBQ for us on day 2. More fantastic gourmet food and more lovely beer from the oak casks was on offer. This time, some fellow bloggers got the chance to tap the kegs with Vaclav closely supervising proceedings and making us all laugh. 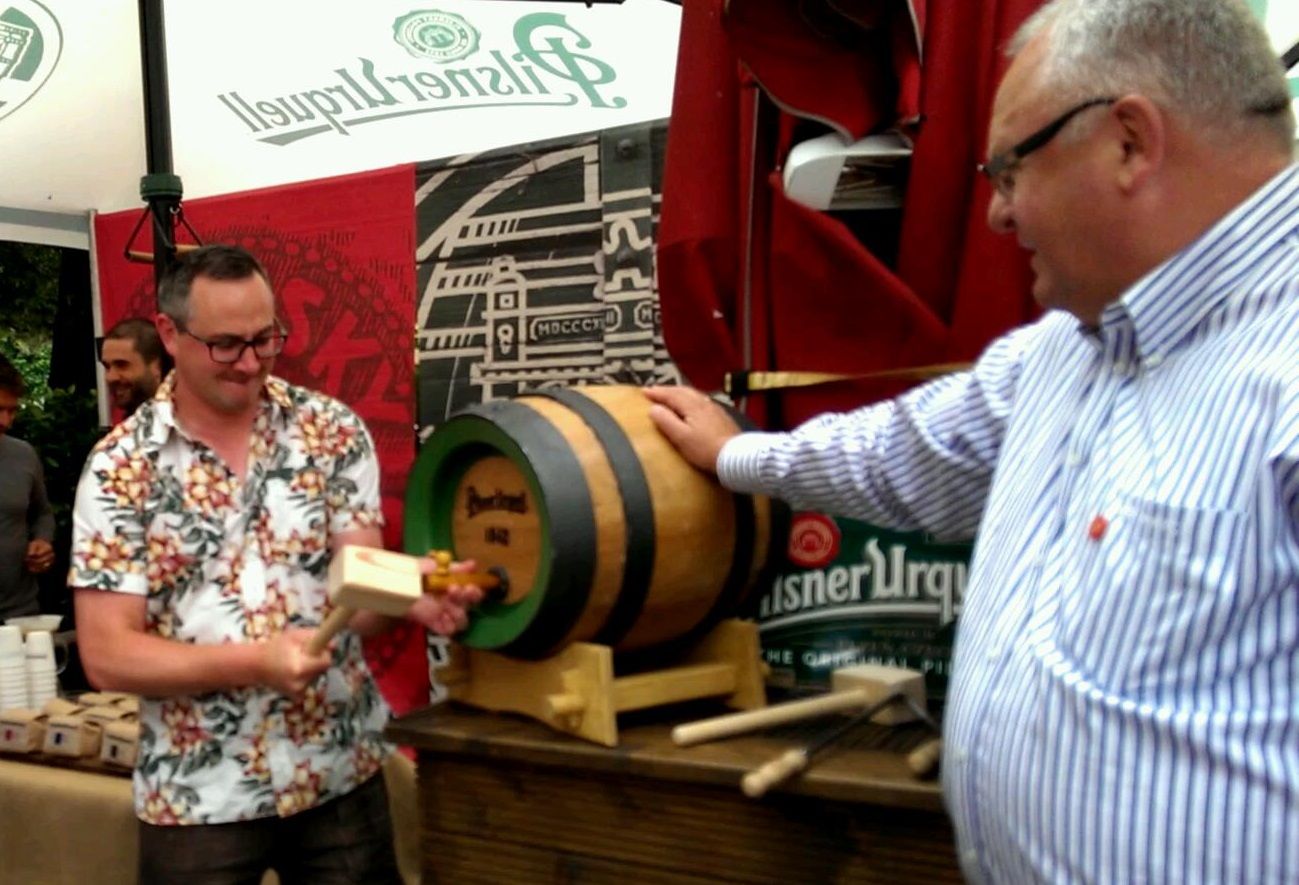 EBBC was a fantastic weekend full of new beers, new blogging tips and beer industry insights and lots of laughs. I’m delighted I had the chance to attend. I’m looking forward to next year’s conference already, not least because it will be taking place in a different country next time, so it will be a nice little holiday.

Back here in Dublin, there’s a few things you really should check out over the weekend.

Galway Bay have brought us a treat: Full Sail on cask. You’ll need to be quick for this one though as most of it is already gone and there’s only one cask left in The Dark Horse. But it’s definitely worth it. So delicious, it has known to have made people stay for 5 pints when they were only intending to stay for one. It is something for everyone and even works as a “gateway beer”. One Heineken and Budweiser drinker tried it on my recommendation and said: “This is the nicest beer I’ve ever tasted.” Result! 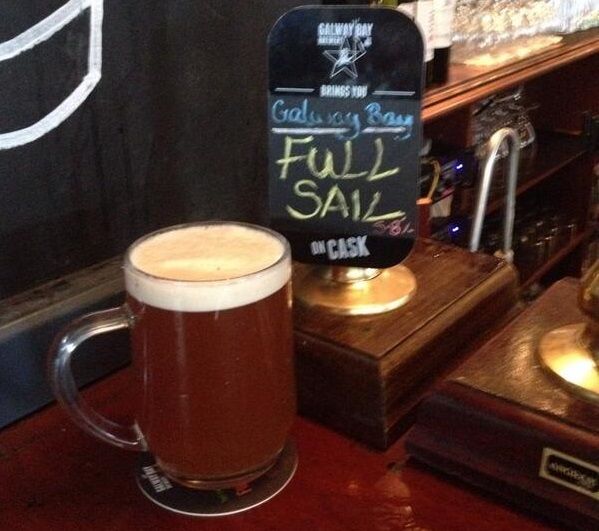 Last but not least, the place to be for the World Cup Final on Sunday is Sheary’s. They’re putting on a whole evening of events: Live music from 5, then a BBQ prepared by the fantastic guys from Brews We Plate from 7, and then of course the match from 8. They even brought in a special World Cup beer: Olé Olé from 8 Degrees, a Belgian-style wit beer spiced with coriander and orange peel. Super refreshing and perfect for the occasion. Check out Sheary’s Facebook page for more info. Only one question remains: Will it be the Müller or the Messi?