When Lovin’ Dublin asked me to contribute a weekly “Craft beer of the Week” post and I had recovered from the initial shock and excitement, there was no doubt in my mind which beer I would start with.

Meet N17 Brewery, a new Irish Craft Brewery where the amazing Sarah Roarty is the owner and head brewer. Here’s what her brewery is all about: 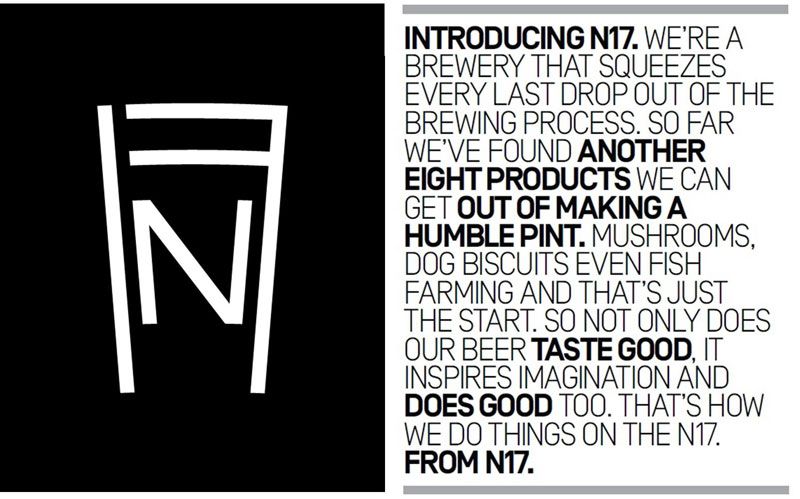 Sarah only started brewing commercially this year, but feckin' hell, this woman has talent. Both her Rye Ale and her Oatmeal Stout launched at the Alltech Beer Festival in February and the Oatmeal Stout promptly won a bronze medal on its launch day! That’s how good her beers are. In the last couple of weeks, her Rye Ale has finally started appearing in pubs and off licenses in Dublin. There is one problem though: It’s so good that it sells out in hours! Luckily, I made it into L. Mulligan Grocer before it was all gone.

I didn’t waste any time and asked for a pint right away. It poured a deep red colour and looked all kinds of lovely. 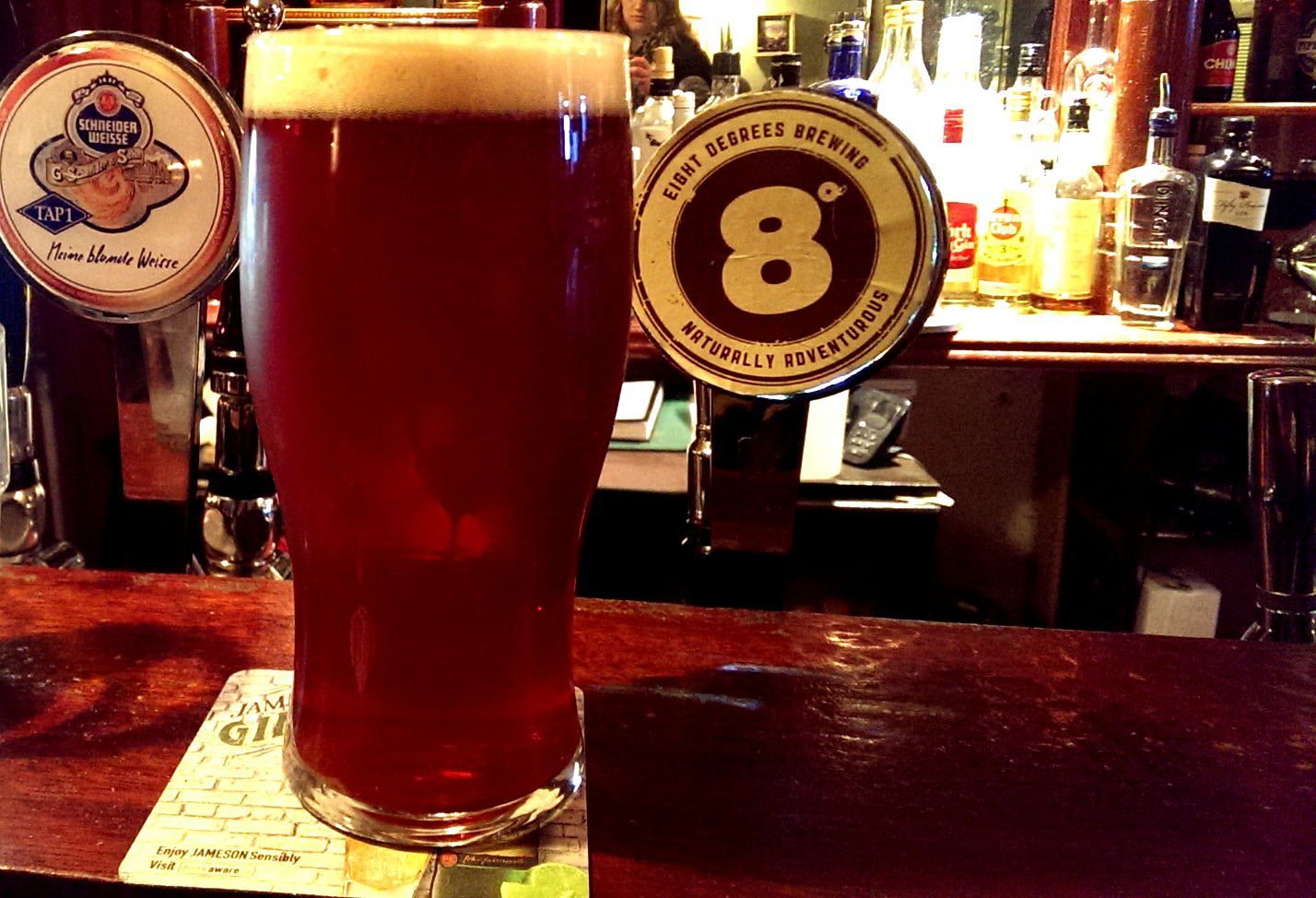 Sarah told me that since the Beer Festival, she had brewed a new batch and made some changes (for the beer geeks: this one isn’t dry hopped). And by doing that she has only gone and made it even better. I was amazed. It is lovely and malty and has a hint of caramel. It’s not too sweet though, there are still enough hops in it to add some citrus flavours that balance it out. The rye adds an interesting kick and the whole thing tastes extremely smooth, balanced and delicious. I’m not going to delve into full tasting notes here (available on request), but this is definitely one of the best Irish craft beers I have ever tasted, no exaggeration. And I’ve tasted most of them. My pint was disappearing fast, and so was the plan to “just stay for one” for me and my two fellow Dublin Ladies Craft Beer Society members who had come along and were equally blown away by this fantastic brew. We had no choice but to have another one. 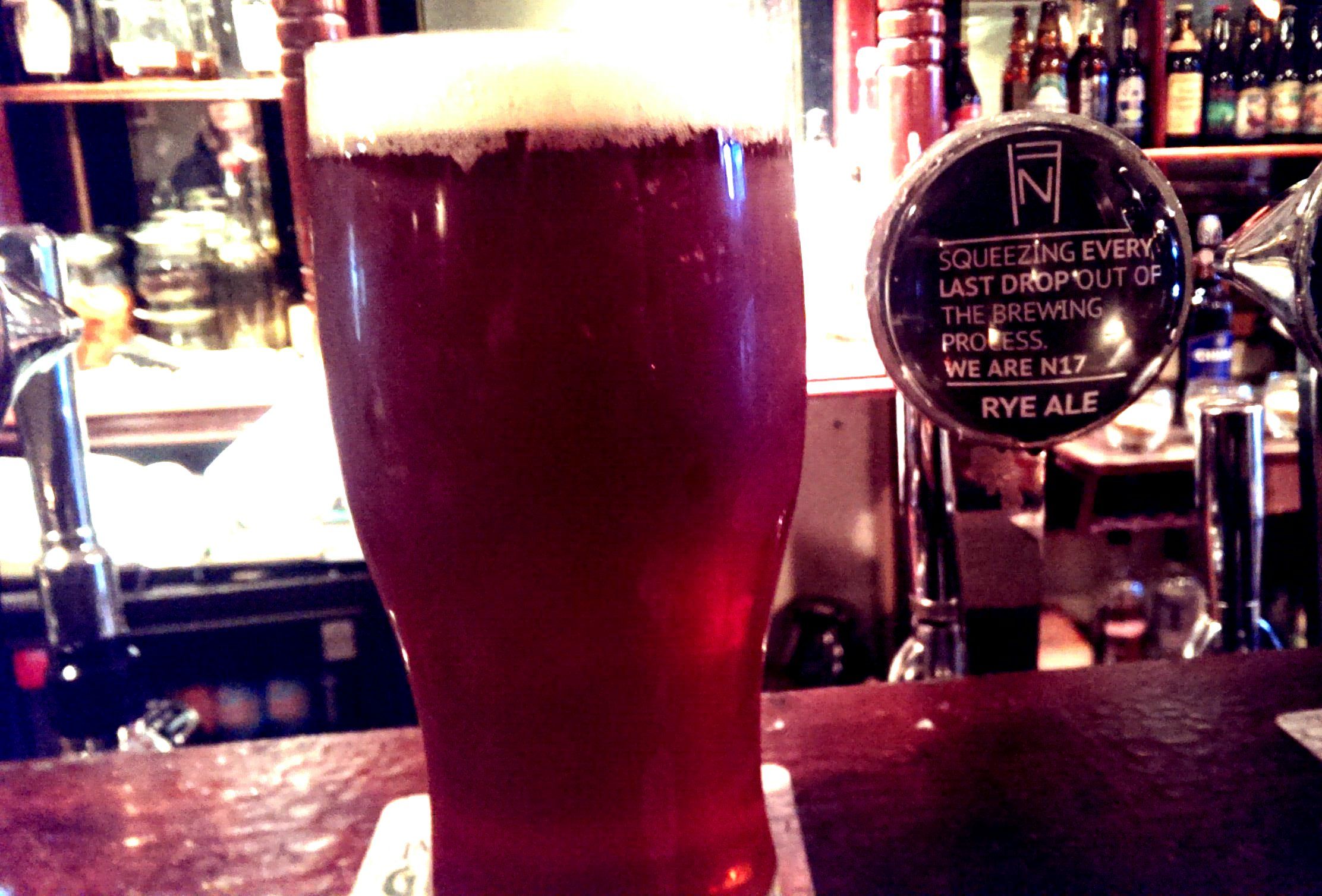 At the moment it’s all about IPAs with Irish craft breweries. While I love them, the hoppier the better, N17 Rye Ale is an extremely pleasant change from the usual hop assault. People who find IPAs to hoppy (often described as “too bitter”), will absolutely love this beer. And so will the IPA junkies. Trust me. Get your asses into Mulligan’s ASAP and grab a pint or ten of this amazing beer. Then go and tell all your friends about it, and harass your local pub manager until they get it on tap.

We at the Dublin Ladies Craft Beer Society are proud to count Sarah as our friend. We’ve been fans of Sarah’s beers from the start, and judging by her first two beers, this woman is a genius. I can’t wait to see what she’s going to come up with next, no doubt it will be fantastic.
N17 Rye Ale is available on tap now at L. Mulligan Grocer and coming next week to Against the Grain. It is also available in bottles now at Redmond’s of Ranelagh.

Here are some DLCBS members and Sarah herself (far right), enjoying the delicious N17 beers. Cheers! 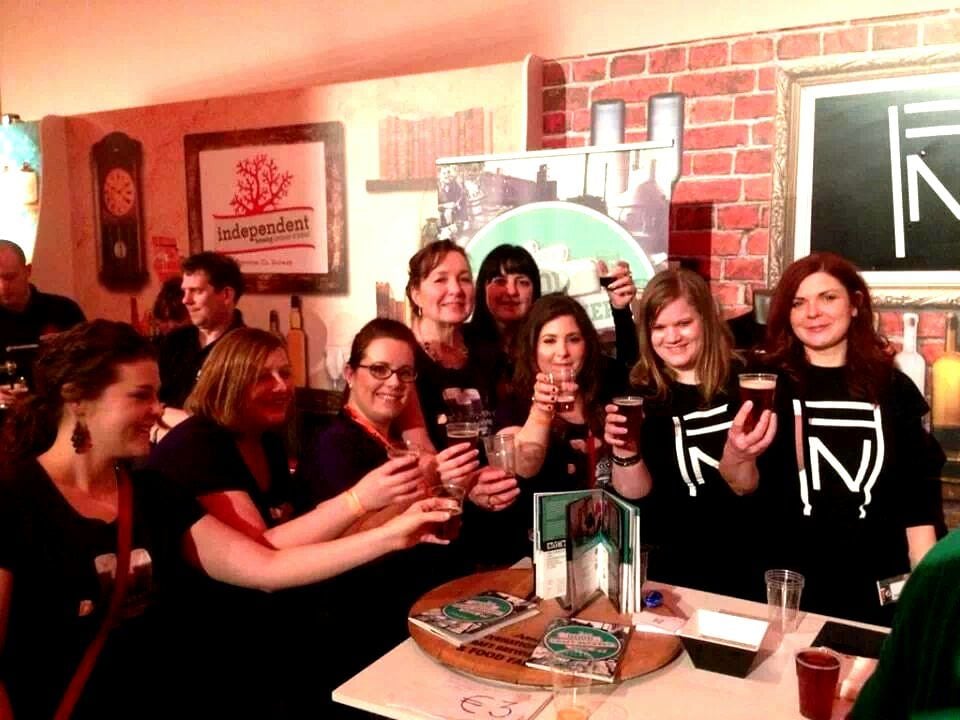