If you guys follow us on Instagram, you'll know that we got a little sneak peek at Dublin's newest cocktail bar, Penny Lane.

It was pure stun and looked like it made for a super classy night out, so obviously, I had to go check it out when it opened later that evening.

⁣ 👠 Get ready to get your prancing shoes on! In addition to the infamous @pantibardublin the legendary icon that is @pantibliss is launching a new sister venue, Pennylane. 👏👏⁣ ⁣ And much like siblings the two are close, Pennylane will be situated right across the road from Pantibar on Dublin's Capel Street. 👯‍♀️⁣ ⁣ Panti herself describes the new bar as Pantibar’s more sophisticated older sister. You can see from outside it already looks v glam, can’t wait to see what the inside fit out looks like. 🤗⁣ ⁣ My first thought was is Panti a massive Beatles fan too, but apparently there is no connection and the name is inspired by her doggo, Penny - super cute! 🐕 ⁣ ⁣ 🌈 Pennylane will open, to much love I’m sure, this V-day 14 February. ⁣ ⁣ ▪️Regram @pantibliss ⁣ ⁣ ▪️▪️▪️▪️▪️▪️▪️▪️▪️▪️▪️▪️▪️▪️⁣⁣ #popupdublin #newindublin #dublin #gaybardublin #lgbtireland #northsidedublin #capelstreetdublin #prancingkweens #instagay #pennylane #pantibar #northside #pennylanedublin #nightoutdublin #Lgbtdublin #newspotdublin #pantibliss #dublincitycentre #placesdublin #dublin #discoverdublin #discoverdublincity #dublinireland

And it was clear that people were super excited about this opening. Because the place was absolutely jammers.

When I got my sneak preview, I got to sit down with Shane, the manager of both Penny Lane and its sister bar, Panti Bar, which is located right across the road.

And he talked to me about the aims for the new bar, explaining that he wanted it to be a more chilled version of what Panti Bar already is. 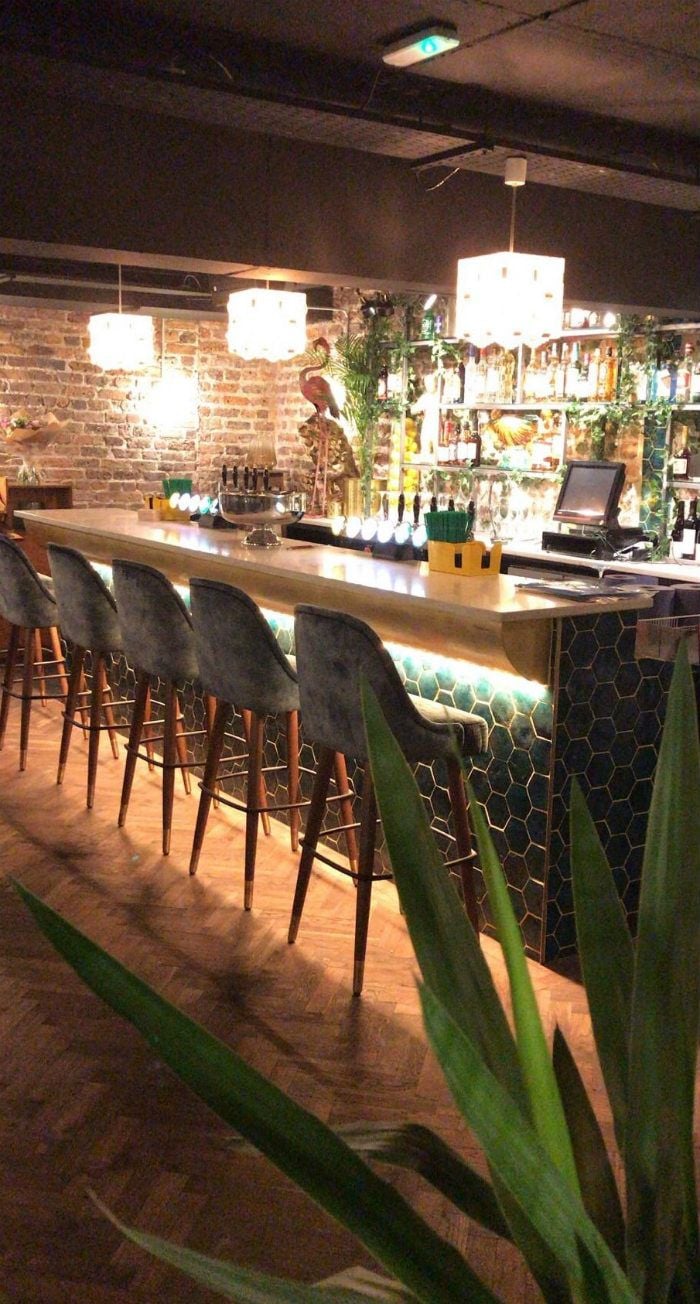 Although Panti Bar is absolutely fab and the buzz about the place is epic, it is nice to have somewhere right across the road where you can head if you're in the mood for a more chilled kind of night out.

The new swanky bar opened on Friday and I have to say, the crowds were quite different from the other LGBTQ+ spots in the city. As someone who frequents The Geroge, Street 66 and Panti Bar quite often, I was surprised by the different kind of vibe that Penny Lane had.

I think I'll be heading here when I'm feeling sophisticated and fancy before I am convinced to head across the road to Panti Bar for a dance.

Although it was packed for its opening night, it still felt very laid back and chilled.