Saoirse Ronan lead the way for Irish nominations, up for 'Best Actress' for her role in period drama Little Women.

meryl streep giving saoirse ronan a hug and then proceeding to stop and take a picture with her and greta gerwig ... all while the announcer keeps telling everyone to get back to their seats... *chefs kiss*
pic.twitter.com/HdUpE4SijB

She may not have bagged the actual award (best actress went to Renee Zellweger for her performance in Judy), but being pals with Meryl Streep seems like winning to me.

A star-studded event, each year people seem to be more concerned with the fashion at the Golden Globes than with the ceremony itself.

And The Cupcake Bloke has really outdone himself, recreating some of the best looks form the night.

Posting the images to Facebook, owner Graham captioned them:

“Something I started last year and your feedback was so good I’ve decided to keep going this year is my series of Cupcakes based on “red carpet looks” from the big awards ceremonies.

As the awards season continues I will be creating more Cupcakes inspired by the fashion on the red carpet. Hope you enjoy these and will join me for more!”

Even designer Alex Vinash approved commenting on the image on Instagram: “I want one!! Love cupcake”. 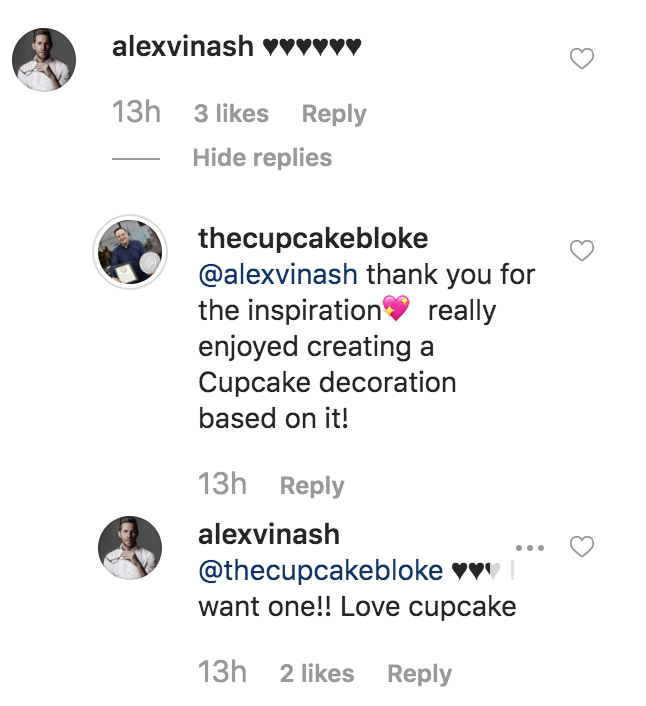 Us too Alex, us too.

Absolute works of art, they’re nearly too beautiful to eat. But a cupcake is a cupcake at the end of the day – made to be eaten no matter how beautiful.

READ NEXT: This Valentine’s Day pub crawl will help cure your lovesickness