When it comes to putting a shape on Dublin (and indeed Ireland's) flourishing, local music scene, few are more at the forefront than these four lads from Lucan who refused to stop 'til we all took notice, The Riptide Movement. On the cusp of another great year, having just been signed for global release, and with a new album ('Getting Through') taking pride of place on music shop shelves, life is good for this quartet, their hard work having paid off. But as worldwide success surely beckons, will this foursome of self-professed foodies keep Dublin in their hearts? Here, lead singer Mal Touhey shares their combined Dublin Diary, what makes it home for them, their love for their Lucan local and more. 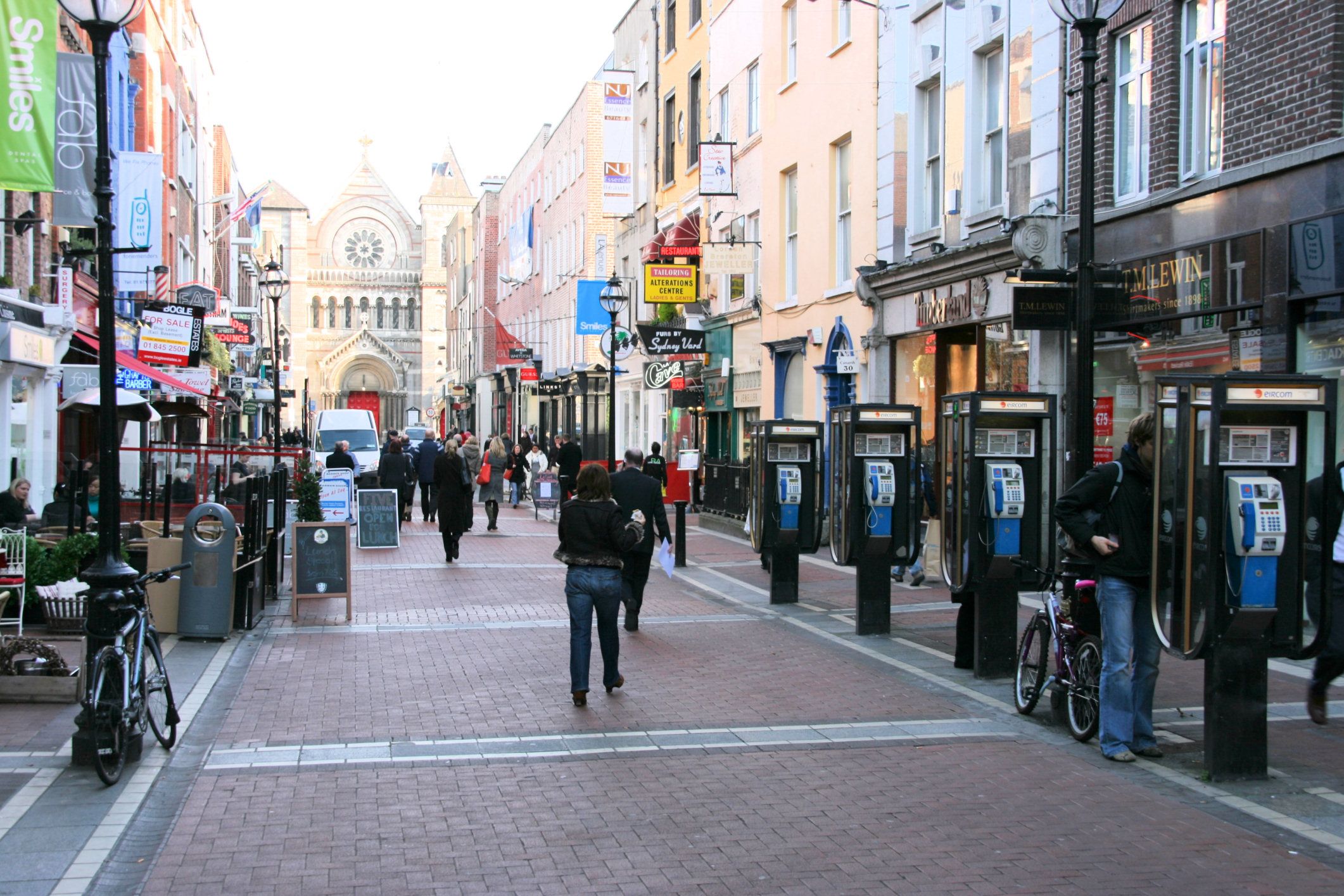 How is 2014 shaping up for you guys so far?
It's fantastic, it's shaping upto be a great year, we just signed a worldwide licensing deal with Universal, our new album 'getting through' is released on April 4th and we'll be playing our 1st Vicar st headliner the same day, we have an Irish and UK tour in May, and then we're into the festival season.

What festivals are you playing or going to yourselves for fun?

We can't announce just yet the festivals we'll be on this summer until the promoters announce 1st but we have a busy summer of festivals ahead of us, EP, Indiependence, the sea sessions and longitude would be our favourite festivals in Ireland.

You have a new album coming out, what can fans and newcomers to the band expect/look forward to?

It's definitely our best written and produced album so far, Ted Hutt our producer (gas light anthem, drop kick murphys, old crow medicine) show really got the best out of us, it's got big songs, killer riffs, groovy bass and banging drums, it's a real feel good album. 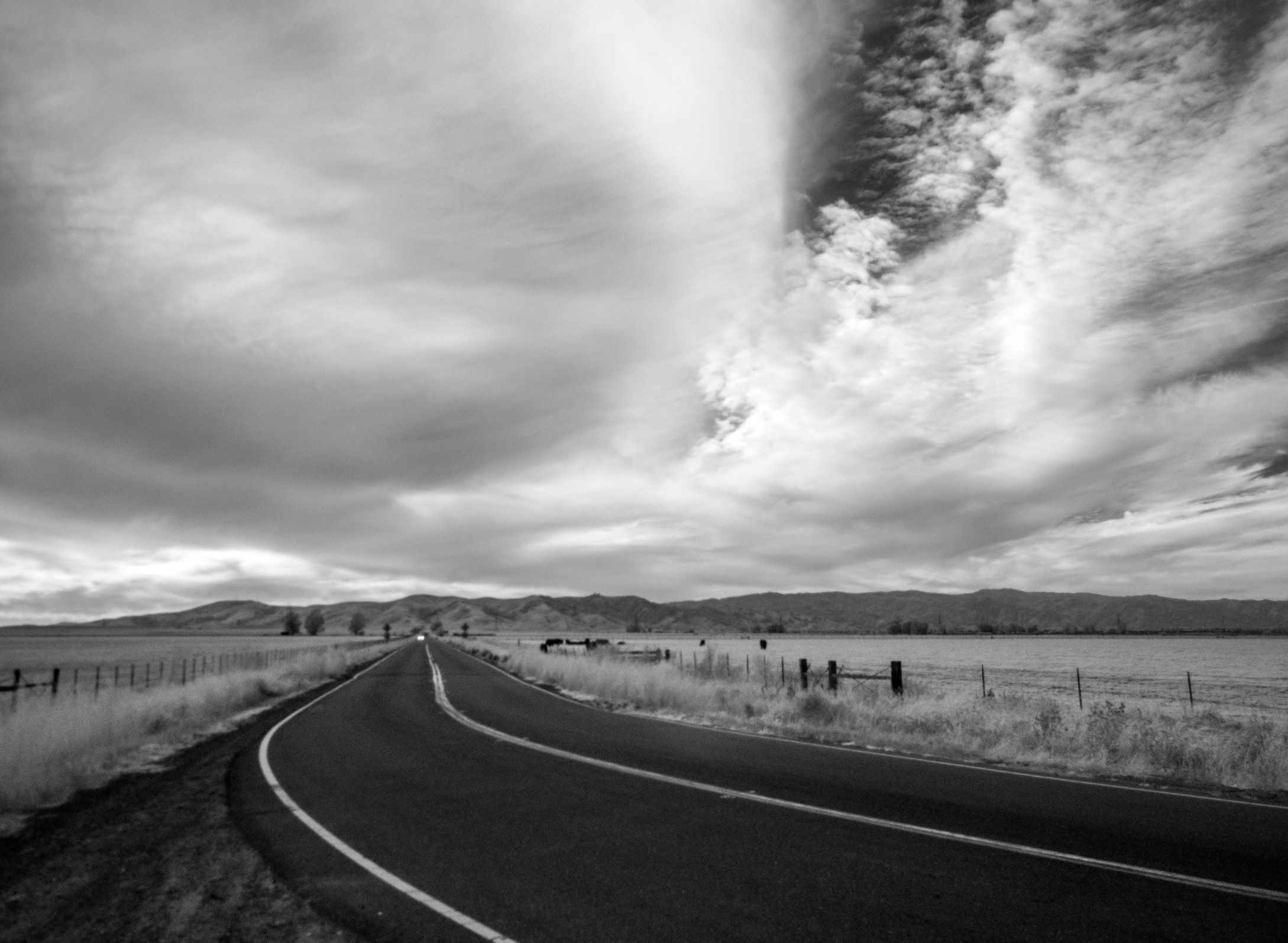 You guys are an inspiration to lots of young Dubliners now, aspiring musicians but what Dubliners have inspired you?

Musically that's easy, the name is in the question, the Dubliners are legends, Luke Kelly is arguably the best vocalist to ever come out of Ireland and Ronnie Drew would be equally as good, Phil Lynott / Thin lizzy, U2, writers like Oscar Wilde, James Joyce, Bram stoker, Yeats.

What keeps you based in Dublin?

It's home, we love it, it's the best city in the world, and it's a good base for us, our friends and family are here.

Describe your experience of Dublin when things were at their worst, economically.

I guess the major thing I noticed was half our friends and family had to emigrate, you'd go down to your local and you'd notice more and more faces would disappear over the months, there's tunes on our new album 'Getting through' that touch on this like 'Glor' & 'Across the water'
We used to busk alot from 2009 - 2011 and we got to see it first hand, for one there were more and more spaces to busk on Grafton St 'cause a lot of the shops were closing down, HMV closed there also which was hard to believe, we got to meet with a lot of characters on the street from all walks of life and we got a good feel for the mood in the country, then of course there was a lot of homeless people, some of the best characters I've ever met, everyone had their own stories and it wasn't all about drugs and alcohol, good people who got chewed up and spat out by a broken system. 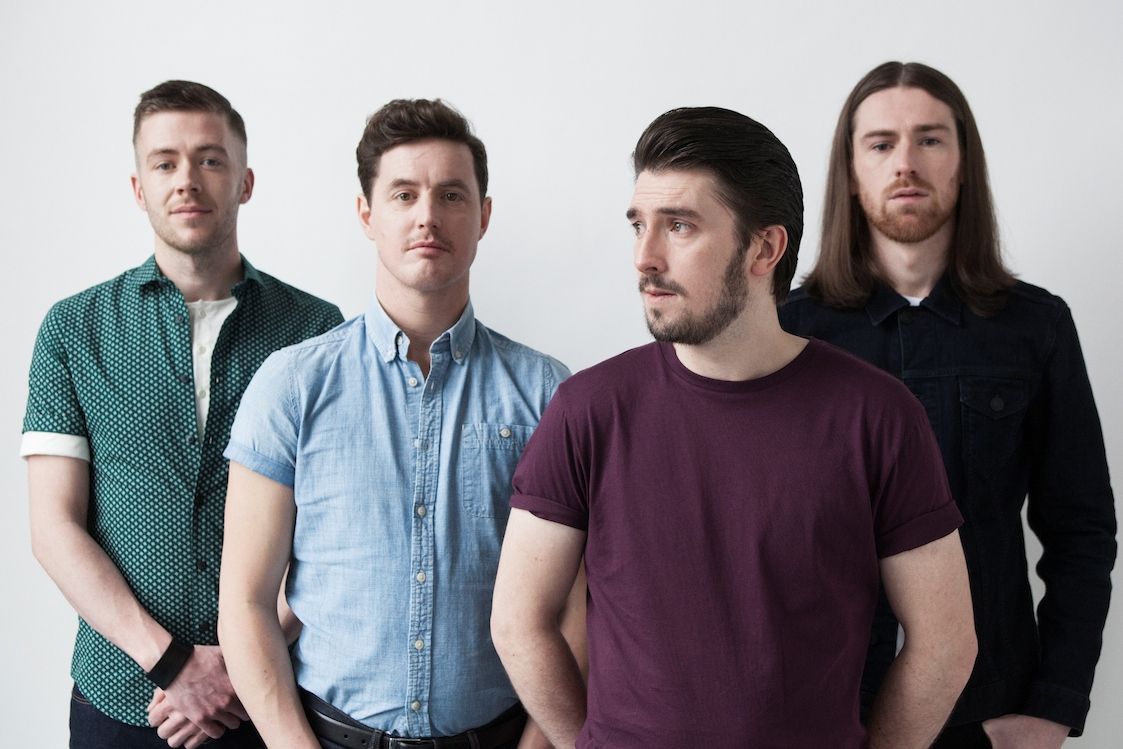 How do you see things improving now?

It feels like the country has turned a corner already, more and more of our friends are back to work, and there's generally a positive vibe around, like the cloud has lifted, we're a small resiliant country so it makes sense that we can turn it around a little quicker than a bigger nation could.

What are your thoughts on the current music scene in Ireland, who are you listening to yourselves, excited to see bring out new stuff?

The current music scene in Ireland is thriving, there's a whole wave of bands coming through, theres too many to name but off the top of my head... we listen to Sive, Preachers Son, Storyfold, Ham Sandwich, the Hot Sprockets, the Raglans, Hosier, bellX1, Little Green Cars, the Strypes, kodaline and the Minutes, most of them have an album coming out this year and I can't wait to hear them.

Favourite bar in Dublin and why?

There's obviously our local 'Kennys' in lucan it's a great bar, with great guinness and friendly staff and there's always a good vibe down there. I've got two favourite bars in Dublin, both are uniquely different to each other. Whelan's is a great spot, there's always something happening there 7 nights a week, great bands, great tunes and a great atmosphere, the other bar would be the Strawhall on the Strawberry Beds, it's a real old school bar that has live trad sessions most nights, Damo and Glen Hansard would drop in regularly to play a few tunes, the Guinness is amazing, the staff are great, it's a family run pub and it has a really homely feel, there's plenty of old school photos on the wall from the Dubliners to World Cup 1990.

Favourite place to gig in Dublin?

Whelan's cause it's where we started off, it's where all Irish bands start, it's the life blood of the live Irish music scene, the Olympia &Vicar St are the next step up on the ladder as a musician both are amazing venues, even though they both hold 1500 people it feels like an intimate gig and the atmosphere is electric. 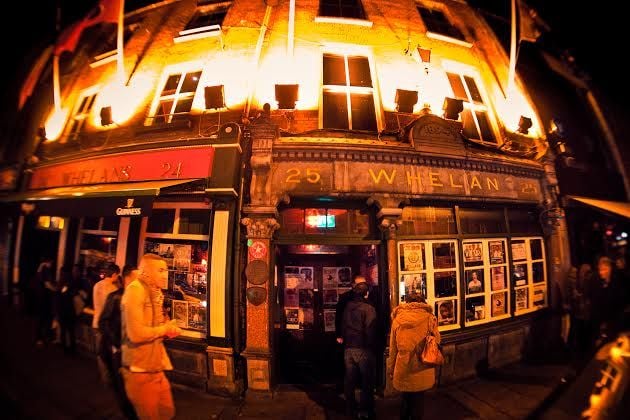 How do audiences compare in Dublin to elsewhere?

Well Dublin's our home town, so without doubt they're the best audience to play for, our shows are always high energy and everyone just lets themselves go, you should check out 'keep on keeping on' at the Olympia theatre on YouTube you can see it for yourself, the atmosphere is electric.

My favourite restaurant is Salamanca, it's a tapas bar/ restaurant, great food and a great atmosphere, the Bull and Castle is also good for a bite to eat before a gig in the Olympia.

Do you consider yourselves to be foodies?

Very much so, we love our food and we're lucky enough to have a chef in the band, gar our drummer used to be a chef, so the food is always good on the road.

If you were cooking at home, what's the one thing that wouldn't let you down?

Steak and chips, tasty and handy to make. 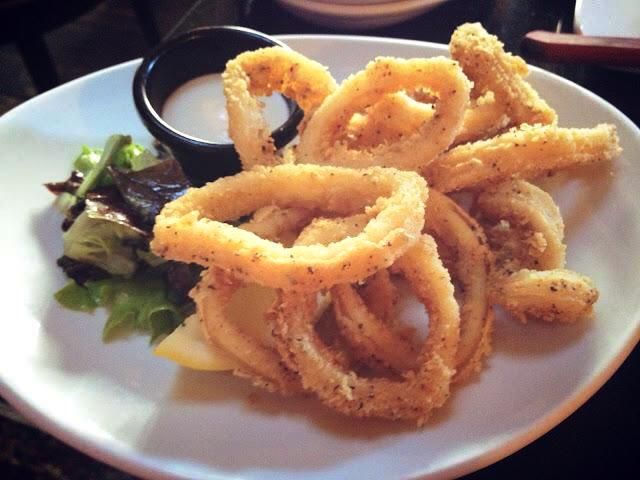 What's your go to food when touring?

Your spot in Dublin when it's particularly (if ever) sunny?

Stephen's Green or The Iveagh Gardens.

Your perfect day in Dublin?

An all Ireland final day, Dublin taking home Sam and then off to the O2 to see ACDC finish their world tour in Dublin. 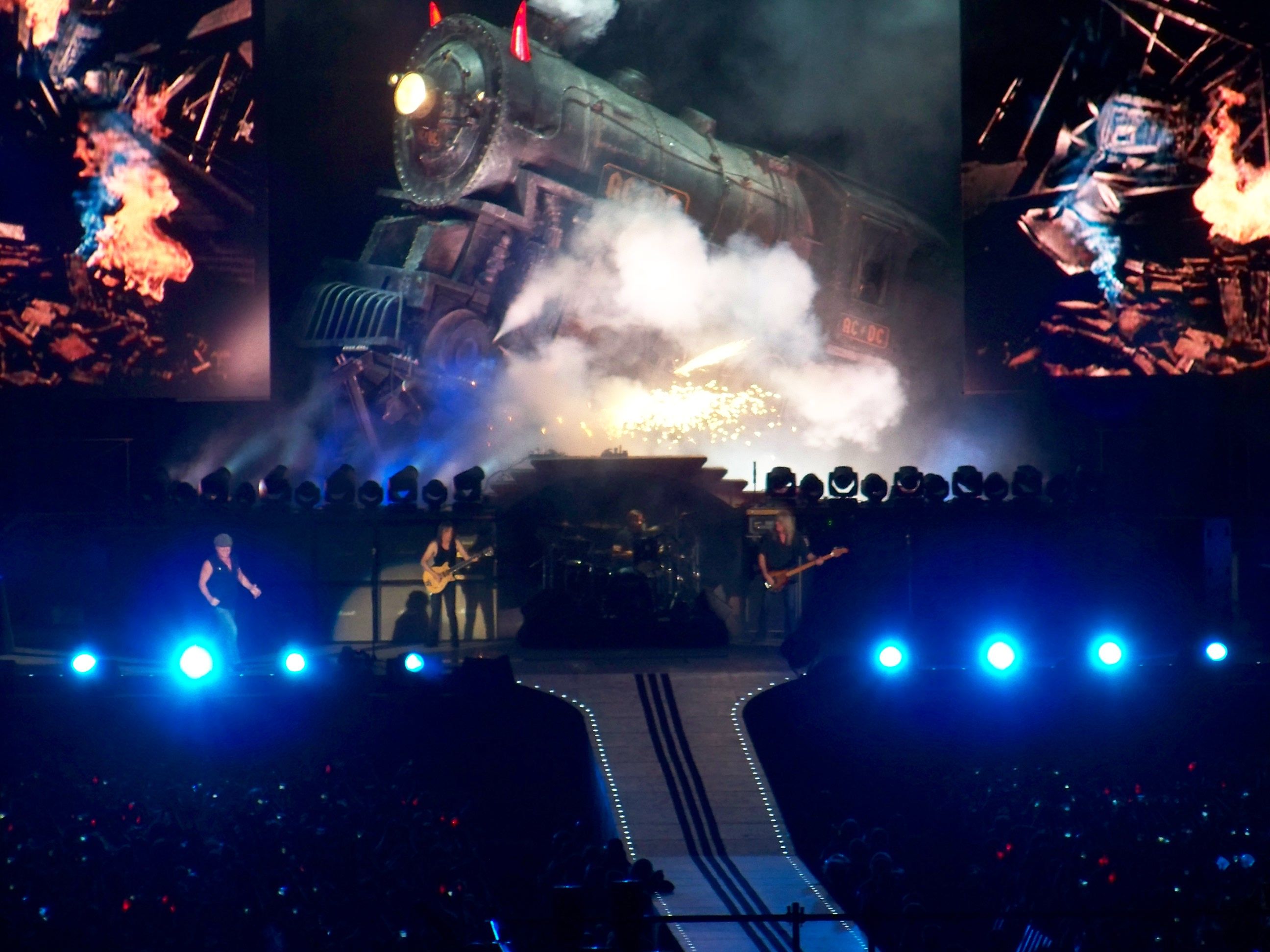 Up the Dubs! Right, where would we be most likely to find you on a Sunday morning? 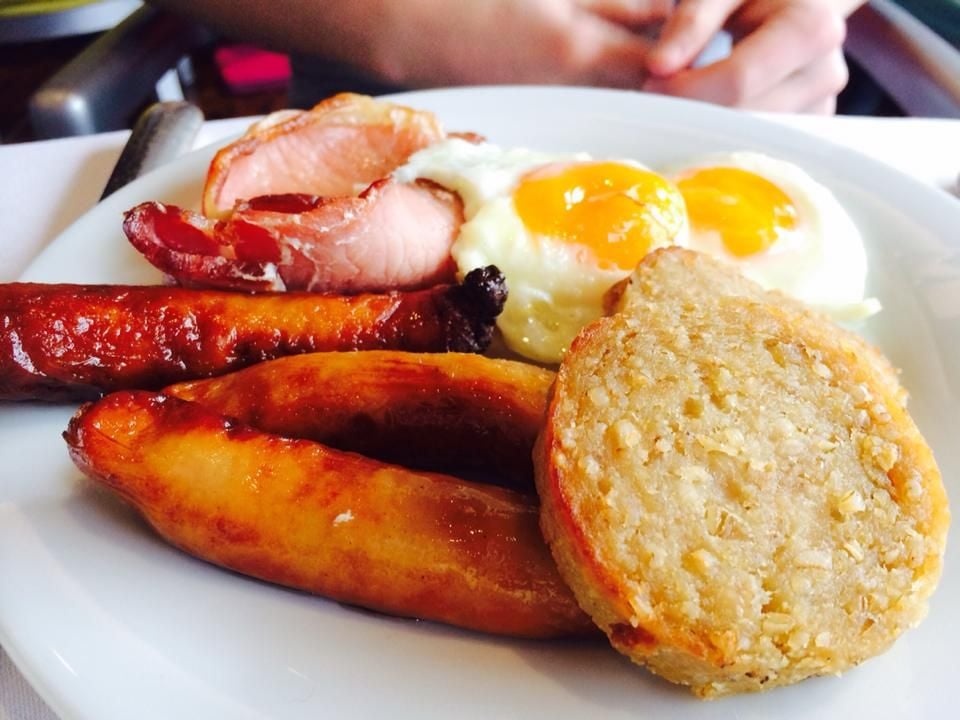 Unfathomable. If you had one day left to live and found yourself on Death Row, what would be your last ever meals?

If you were to go home to the families, what would you want them to cook for you?
Anything, my mam's a great cook.

No, mine's definitely better, everyone thinks their mammy is the best. Describe Dublin in three words.

'Happening'? Far out, man. Describe your band in three words.

Lastly, as the world will soon become your oyster, what is it that you think will continue to separate Dubliners from the rest of the world?