Online shopping is something none of us are strangers to, but have you noticed in the last decade there has been little if any innovation in the e-commerce industry? When looking for something specific, it often takes way too much time searching multiple sites across numerous tabs and scrolling through hundreds of products. It can be both tiring and frustrating. Thankfully OPSH- the brainchild of three Irish sisters Sarah, Jennie and Grace McGinn- is about to internationally revolutionise the world of online shopping. Read on to learn more about the Dublin based trio making waves in the fashion and online retail industry...

For the few people out there who haven't yet heard about OPSH, can you explain how your platform works and is revolutionising online shopping?

OPSH allows a female shopper to come on and totally customise their own shopping experience by customising their own high-street online. It aggregates information from various different retailers on to the one platform. There are a few different sites that already do this, but the key differentiator is that that you can purchase on our site rather than being redirected to a different site where the product might be out of stock. We're targeting mid-market and high-end retailers as to date there has been so little innovation in that area. We think there's big scope for disrupting the online shopping experience.

Where did you come up with the idea? Was it as a result of personal experience?

That was definitely a big part of it. Everything we have done so far has been an evolution. We started with What Will I Wear Today, and then started up Prowlster, and the set up OPSH. With each successive entity we've had, we have experienced the same problem. Now with OPSH we're answering a problem that is both a global challenge and a global opportunity. But we're certainly the end user, we say that OPSH is built by online shoppers for online shoppers.

I think it's a great idea. Especially when you're looking for something in particular going through every site you know online searching through thousands of items across different tabs is so time consuming.

The things about online is that most people don't realise just how much time they actually spend searching. Jennie is getting married in a week and a half so for the last two weeks we've been frantically trying to find outfits for the wedding. We sat down and talked about the different ways that we had been searching for items and at one point Jen said  "I have been online for four hours with a headache, and still hadn't found anything". You often forget how long you spend looking at things because you're often and home, sometimes double-screening (watching TV at the same time) and the hours pass. 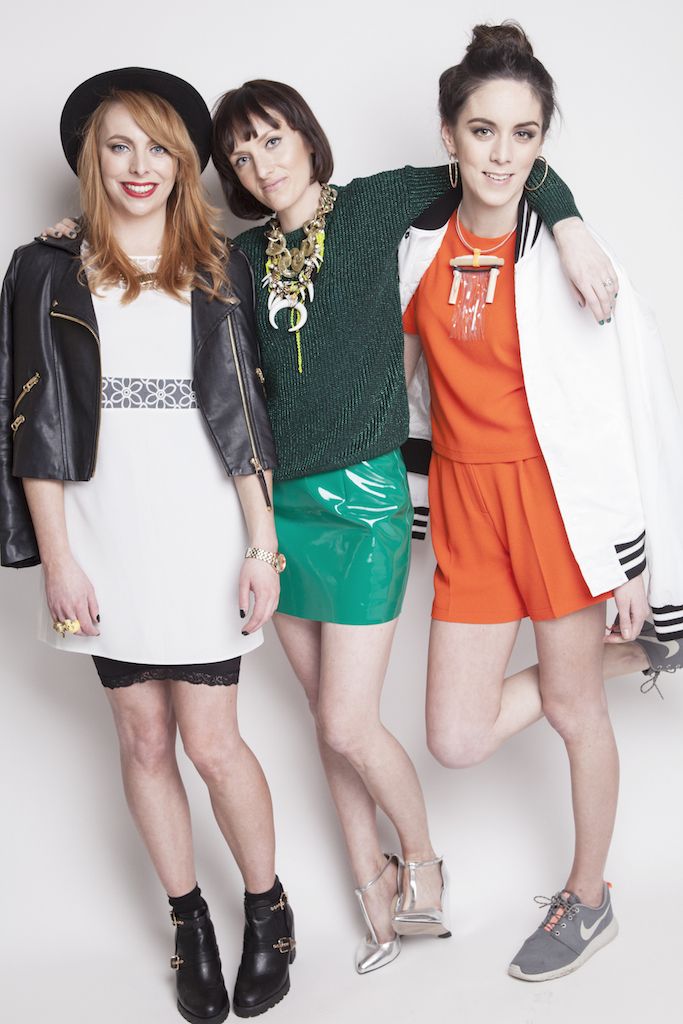 It's probably a great way to discover new brands also. Rather than looking at the same sites you know all the time, if I need pink shoes and search "pink shoes" it will collate all the relevant items, including from some brands that I might not have otherwise looked at.

Definitely. There is so much choice, this allows shoppers to cut through it all, customise what they like and direct them to areas they may not know but may suits their needs. It's all done in a really careful manner so that they don't get fatigued.

How has the response been from shoppers and retailers so far?

We launched 6 weeks ago now in beta and the feedback has been great and people have really embraced the platform and the features we have put into it. The valuable thing is once people used it, they remember the other issues they have online that they no longer need to experience on OPSH. Even when we explain OPSH to people who are not necessarily into fashion they immediately engage with it as it solves so many problems. We're really excited to launch the full site in September to the general public.

It sounds like something that will revolutionise how people shop online, I think people will look back on the way we currently shop online and think it's so antiquated. Did you ever have a temptation to move to San Francisco or any other start-up hub outside of Ireland to kick this off, or did you always feel that Dublin was the place to start this up?

Way back when, we had a glamorous idea of working in New York. But there are multiple reasons why we are in Dublin. Number one is that Ireland is a great test market, Irish people are generally quite progressive and catch up with things quite quickly. The UK is really our target market, the number of high street brands and consumers active online is high, the value of the UK e-commerce market is almost equivalent to the value of the US e-commerce market. There's a lot of action in retail in the UK, afterwards we'll look to move into the rest of Europe and then down the line we'll look at the states. 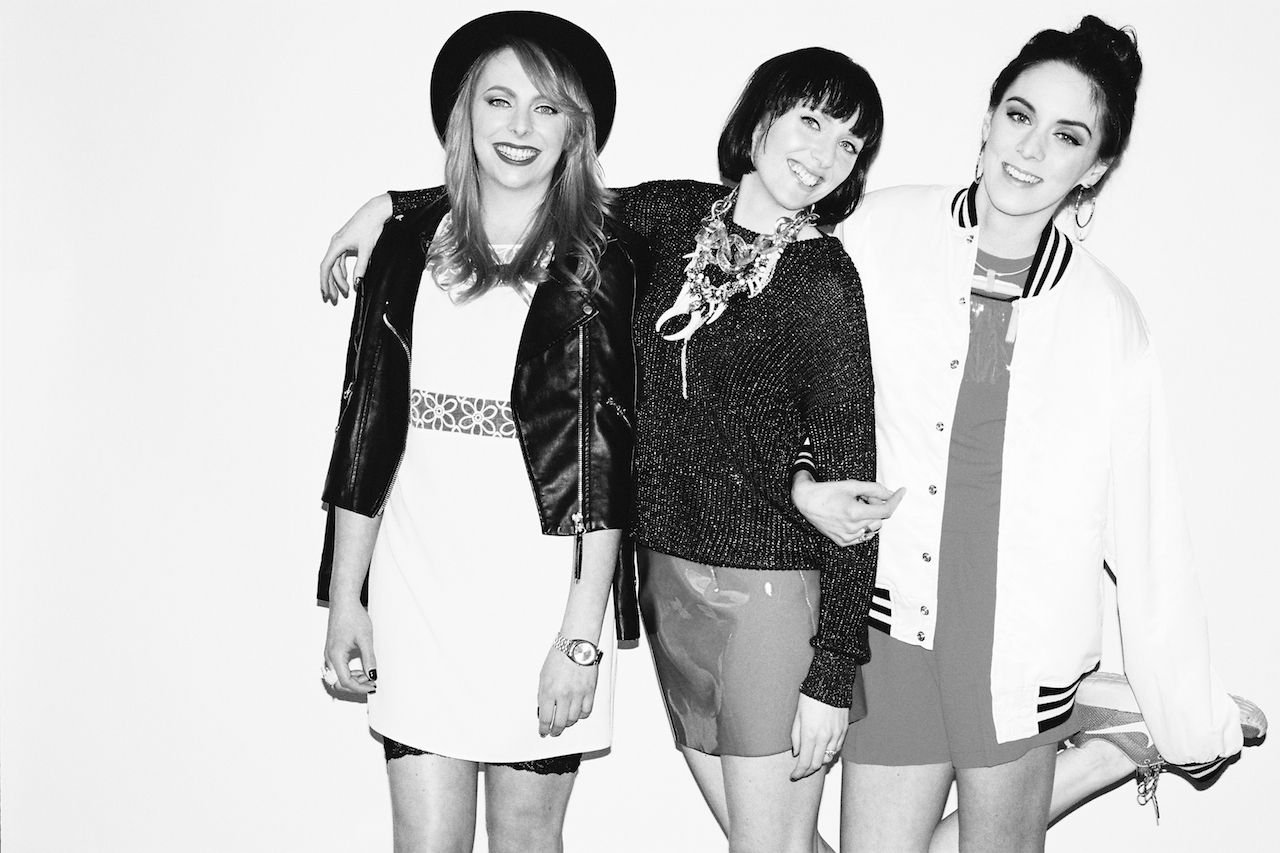 Something a lot of media is picking up on is the fact that you are three sisters, you seem to all get on really well. I love my sister but if we worked together we'd probably tear chunks out of one another. How do you all find working with one another?

It was quite an eye opener at the start. We've always gotten on really well and been really close, so we would have grown up going out with one another, holidaying together and living together. So we thought working together would be the same just but just spending more time together. We learnt pretty fast that wouldnt be the case. Everyone has fights, all teams have fast but we had to learn how to work together, manage each other. The first year was difficult finding our places with one another, but we now have it down to a T. We still have disagreements but you need opposing views to drive the business forward. We just know how to get over it faster. We put the time into figuring out how we work with one another and how to manage different opinions and opposing views. Over the last year we have been really focussed on what we're trying to do with OPSH and collectively are working together to get there.

You're lucky in a way too, as so many teams are afraid to be honest with one another and you don't have that problem.

Exactly! We're still together after 6 years of working together, and we're all the stronger for it.

You all started off with the really successful blog What Will I Wear Today and then moved on to set up Prowlster. How did  you all begin working together and moving into fashion? How did it all come together?

Our backgrounds are all really different, but none of us worked in fashion. What kicked it off was that 6 years ago we were in New York as a family for a week with our parents. We always had an interest in fashion, but not a really strong fashion interest. We didn't realise that New York Fashion Week was on and we stumbled into Bryant Park. Our sister recognised Kelly Cutrone (an American fashion publicising famous for her appearances on The Hills) and being young and divilsome she pegged it after her calling "Kelly, Kelly!" so we ended up chatting to Kelly and she happened to love Irish people, I think she loved the ballsiness of our sister running up to her. She managed to get the whole family of us into a fashion show. The whole lot of us, Dad and everything, were backstage. Mum was having a chat to Kanye West about the weather, it was so funny. When we got back from New York we remembered it as such a great experience that we all enjoyed. It was just the time that blogging was kick starting, the tools were there for people to start blogging but not that many people were, so we hashed out the idea for What Will I Wear Today to start a conversation about fashion, not from an insiders perspective but people who just enjoyed talking about it. We were all living in different places and it was a way for us to stay together. It was pretty successful. 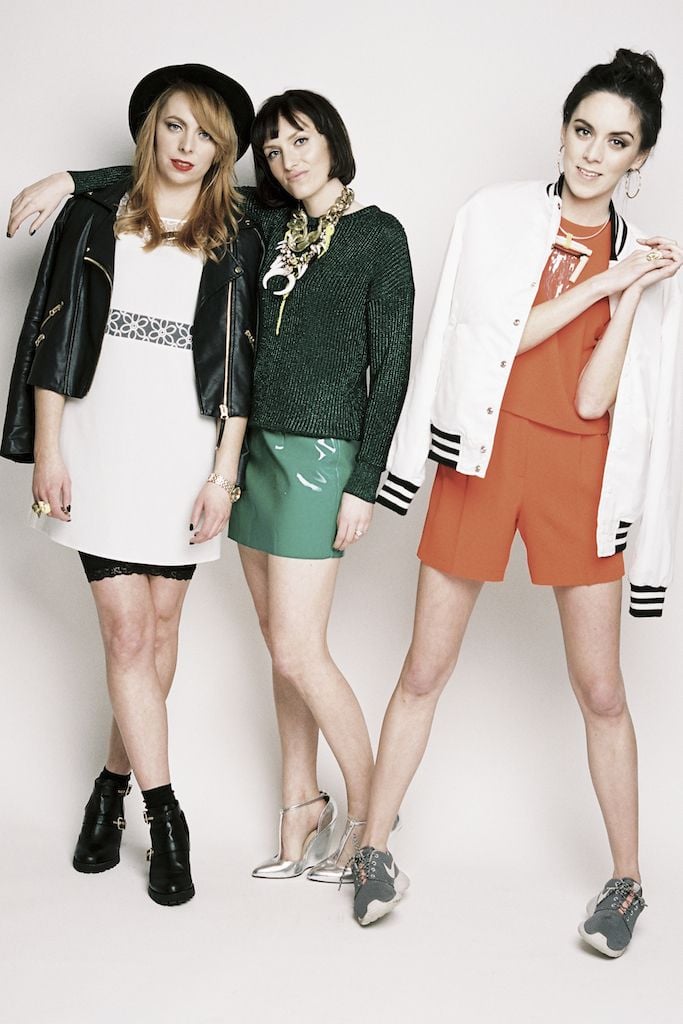 And then you moved on to Prowlster. Was it just a natural progression?

Yes it was. After four years of blogging we realised we were producing way too much quality content for there not to be an opportunity to monetise more effectively what we were doing. We took a summer off and researched funding opportunities. We applied for Launchpad and got through, that was the beginning of us pursuing a big technical vision. Prowlster was born out of that because we were trying to think of blogging, online content, online communities, sources of inspiration and where the money flows through all of this. And we decided to create a piece of shopable technology that magazines could install into their platforms, they're creating all the inspirations and it's allows point of purchase. We created Prowlster to prove the concept. The brand around Prowlster is all about promoting emerging designers, artist and musicians. It was around the time of the recession and a new energy was emerging. We loved every minute Prowslter and everything we achieved with it, but we came up with the idea for OPSH and we couldn't do the two at the same time.

When did you start OPSH up?

From February 2013 we started understanding so much more about installing point of sale into content. Ultimately the idea for OPSH is could it be used by Vogue, to sell products on Vogue? You see something you like and add it to your OPSH basket.

What is your next goal?

At the moment we're raising finance and the roadmap is to go live in September and move into the UK as quickly as possible after that. The next few months we just want to get people signed up. So many women shop online so it's getting the word out. The ultimate goal is to be in the top 5 online shopping platforms in the world in the next 5 years.

What do you think of the fashion scene in Dublin?

In a way when we chose not to go the US route and stay in Europe we were all relieved because we love Dublin, it's so supportive and really positive. We wouldn't be where we are now without the funding available in the city and the support networks. We really support Irish fashion and have for years. There is an extraordinary amount of talent across Dublin in all the creative industries but especially fashion. It's very hard for Irish designers to get support on a business level, but we hope it will be remedied in the next few years. But we do enjoy seeing the successes of Irish designers like J.W. Anderson and Simone Rocha. The Irish designers are really starting to hold their own and represent Irish fashion in a broader market.

Thanks girls and best of luck!

We're excited to see the future of online shopping being revolutionised from the heart of Dublin. While the girls in OPSH have gotten great support from the people of Ireland so far, lets spread the word and continue to support them as they work towards their big launch date in September. You can sign up to the OPSH platform ahead of it's launch here.