Few young chefs have had quite the same success as Donal Skehan. While others must graft their way through all the blood, sweat and onion tears of a tough going kitchen, it seems Skehan's journey to celebrity TV chef was a quick one. With his own line of savoury pies on the market (pies which we gave a rather favourable review to over yonder), we thought it was high time we catch up with the young man himself to talk about his yearning for more Dublin food trucks, his love for Howth and his fail-safe hangover cure, Huevos Rancheros. 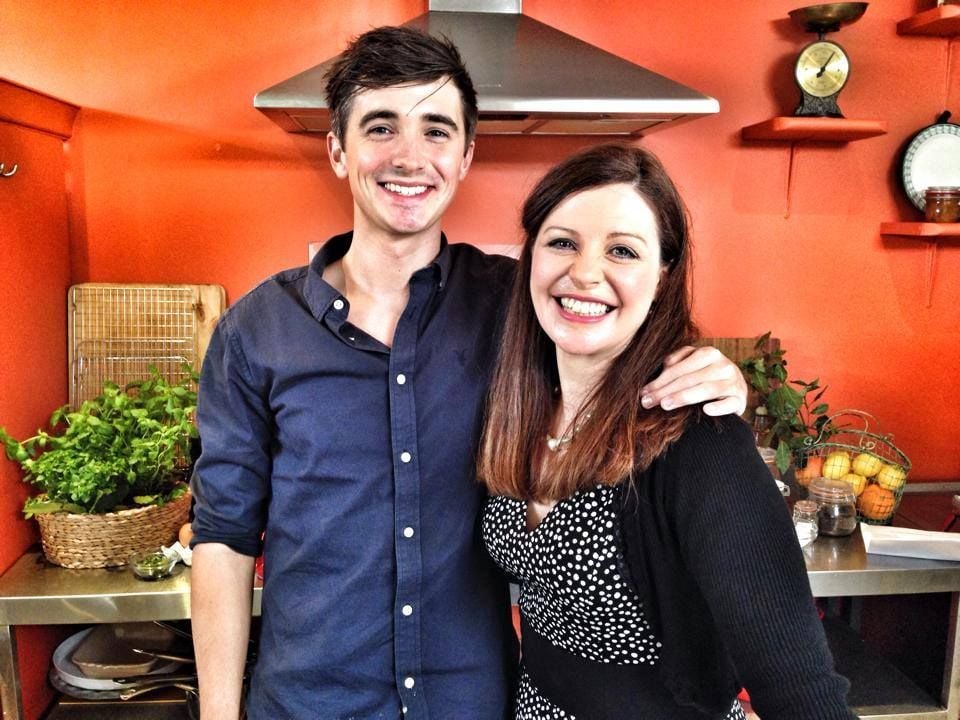 I’ve got a really nice year lined up so far. We’ve just finished recording 6 episodes of my new series of RTE One called Rediscovering The Irish Kitchen, with a strong focus on traditional Irish recipes and drawing on inspiration from an older generation. That starts at the end of May. My new book, The Pleasures of The Table: Rediscovering Theodora Fitzgibbon, has just been released with Gill & MacMillan, a reprint of one of Ireland’s greatest food writers work which I photographed last summer. My new series for FOX International, Grandmas Boy, where I travel across Italy cooking with Italian grandmothers, has started airing across Europe and I’m hoping it ends up coming to Ireland and the UK. This summer I will be filming a new series of Junior MasterChef for the BBC with John Torode which will be out in the Autumn. I’m also working a new book for 2015 and filming lots of new recipe videos for my youtube channel and for Jamie Oliver’s FoodTube! I present a cooking show in Sweden called Mitt Kok which I will be recording more of and we’re working on my new food magazine FEAST: A Dinner Journal. So all in all a busy year ahead! 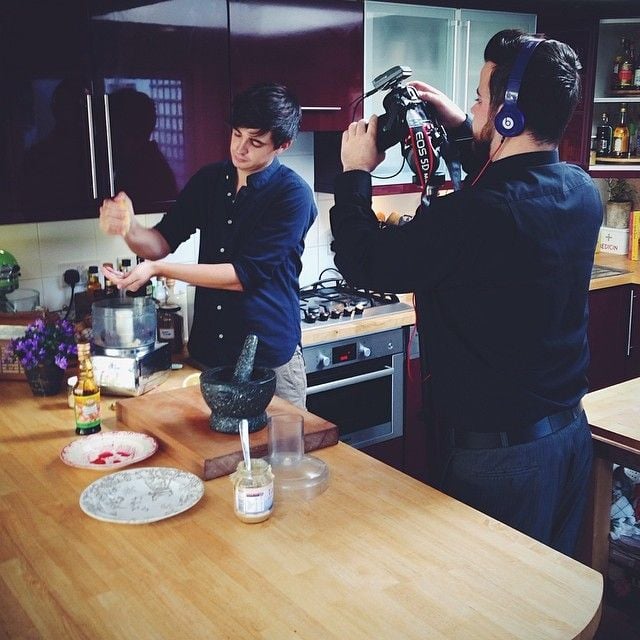 Christ, I'm exhausted just hearing that. So at what point did you realise that a career in food was for you?

My parents have worked in the food industry for over 30 years and my grandad used to own a fruit and vegetable shop on Dorset Street in Dublin so food has always been a big part of my life. I wasn’t sure if I would work in food but I always knew I was passionate about cooking and it wasn’t until I started a blog in 2007 that I started to see the possibilities of a career in food writing.

What TV cooks inspired you as a kid?

Jamie was a big inspiration when I was growing up because he made it accessible for young guys to be in the kitchen but I loved Rick Stein, Nigella, Delia, Darina’s Simply Delicious and LOVED the Two Fat Ladies.

Do you ever dream of going back down the music side of things?

The rush you get from performing to an audience of 16,000 people is indescribable and highly addictive and I will always be proud that I had the chance to do that, I would love to do it again but I’m very happy with my career now and it’s a hell of a lot more stable than working in the music industry!

True words. What's it like getting to work with something you're so passionate about?

It’s an interesting one because when I started working in food, I was blogging and it was a hobby. I was just really enjoying cooking, photographing and cataloguing my recipes. Now that it’s a job, it’s a lot more structured and often you don’t have as much freedom in the kitchen because you are demonstrating recipes that need to be specific or testing recipes where you have to be accurate with measurements and weights. So I really love taking time to cook on the weekend which is when I get most of my inspiration and when I try out new ideas in the kitchen. I also love that my job allows for a lot of travel and I get a huge amount of inspiration from different cuisines.

Playing the long game is tough for anyone in the TV industry. Where do you see yourself in 10 years?

I would love to continue doing what I’m doing in the TV world and with books but we’ve just started a production company and I would like to start producing food content for others also. 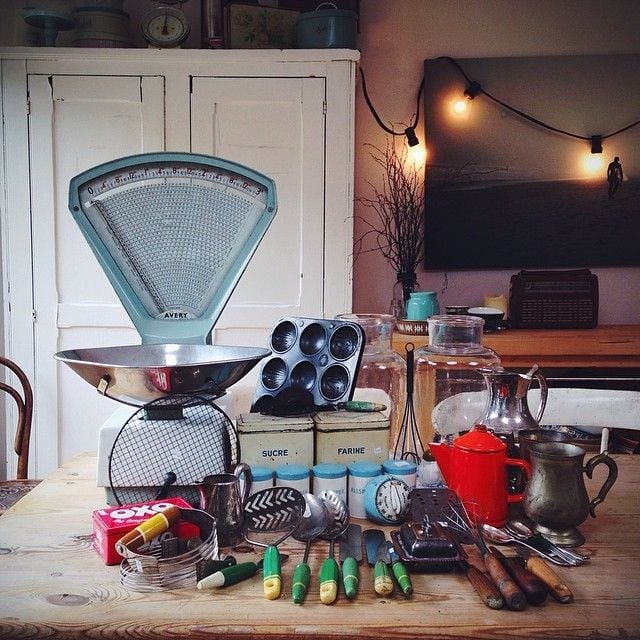 How were things for you as a food writer when things weren't going so great economically?

We’ve been very lucky to work throughout the recession and I was just starting out when things were bad. Book sales are significantly reduced at the moment which has been why I’ve always made sure I’m working on a few different projects and not to solely rely on just that.

How do you see things improving now?

Irish attitudes are changing and there is plenty to be excited about with plenty of new ideas and inspirations. For me, I think we are coming into a new age of how we watch food on television and certainly how we use recipes and I think it’s important to move with that trend, there are plenty of new avenues to look at I do believe you constantly have to look to what's coming next.

What would you like to see more of in Dublin?

In terms of food, I would love to see more great food trucks, they were big in LA when I was last there and the food was incredible!

What separates Dublin from the rest of the world for you?

One of the things I think Ireland does incredibly well is affordable great quality food, something that isn’t as readily available in other European cities where you either eat high end food or crap food. I also think the standard and quality of ingredients we have to offer is shoulders above many of our European neighbours.

Your perfect day in Dublin?

Cliff walk in Howth followed by a great meal in the city centre. 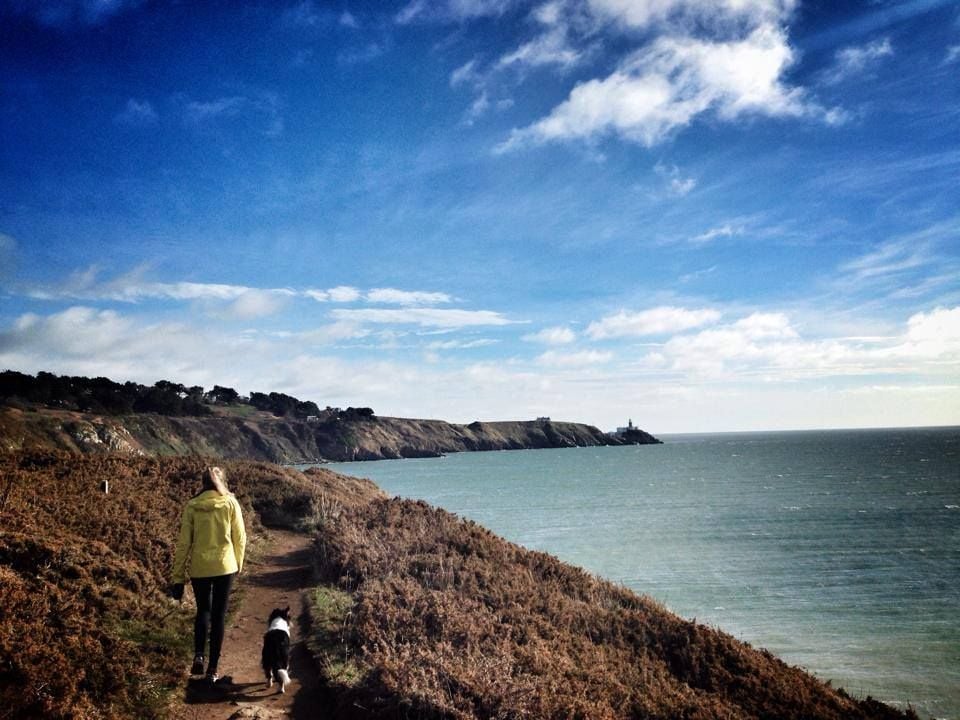 Favourite Dublin spot in the sun?

My hometown of Howth, it’s my favourite place to be!

When you're not working you're most likely to be found…

In the garden, I love growing my own vegetables and I spent as much time as I can out there! I am literally a retired old fella trapped in this body!

Where will we find you on a Friday night?

Friends house for dinner, or in the kitchen cooking dinner for friends! 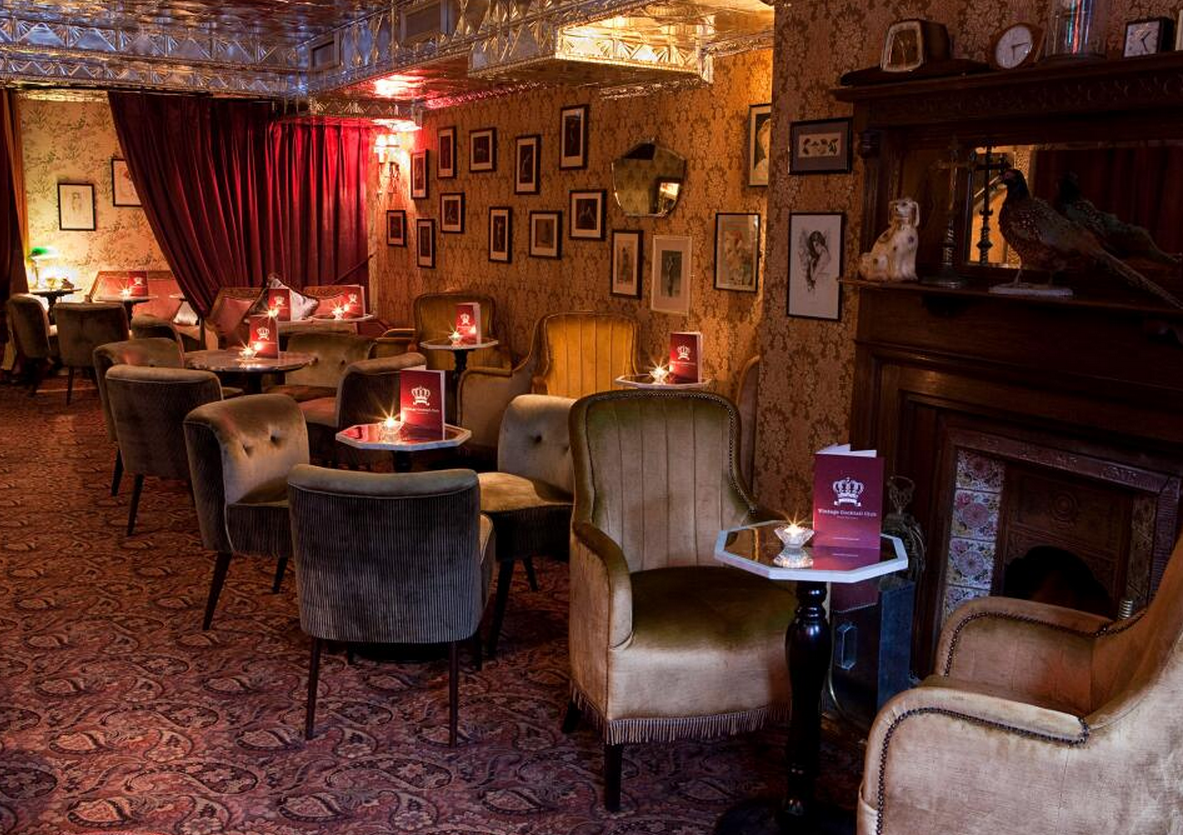 I’ve got a great recipe for Huevos Rancheros Breakfast Pizza on my blog and it does the trick every time!

Nice. We'll be wanting a go of that. OK, 3 Dubliners to have inspired you?

Mark Grehan from The Garden in Powerscourt who creates epic floral displays we’ve used in FEAST magazine, Dervla and Marion from The Pepperpot Cafe, I love their sambo’s and chocolate cake, and my parents who inspired me in food growing up.

Your favourite meal ever...

I had an incredible meal in a little seafood restaurant called Chez Michel in Paris and had a great night - one those ones when the food, drink and company are all just right!

What would you want to eat at home with the family. comfort food wise?

With Easter coming up, I’ve got lamb on the brain and I seriously love a good roast lamb! This year I’m cooking mine with a wild garlic paste and serving it with braised baby gem, peas and spring onions.

One thing that you'll make when you're exhausted that would never let you down?

Tangle twister ice pops (used to be fat frogs) and a packet of burger bites - though I haven’t seen them in a few years.