Having sky-rocketed to a level of international fame and acclaim, following her rousing words and viral videos on the subject of Ireland's longstanding issues surrounding gay rights, an appearance on The Saturday Night Show that dominated our collective office conversation for the weeks that followed, few are as worth watching in Dublin as drag queen extraordinaire Panti Bliss. With a new solo Vicar St show for her fans to look forward to, here we catch up with the wonder woman to talk progress, Pantibar, chasing fellas and her perfect day in Dublin.

Congratulations on your first solo stand up show, how excited are you?
I'm very excited of course. It's always exciting to open a new show. 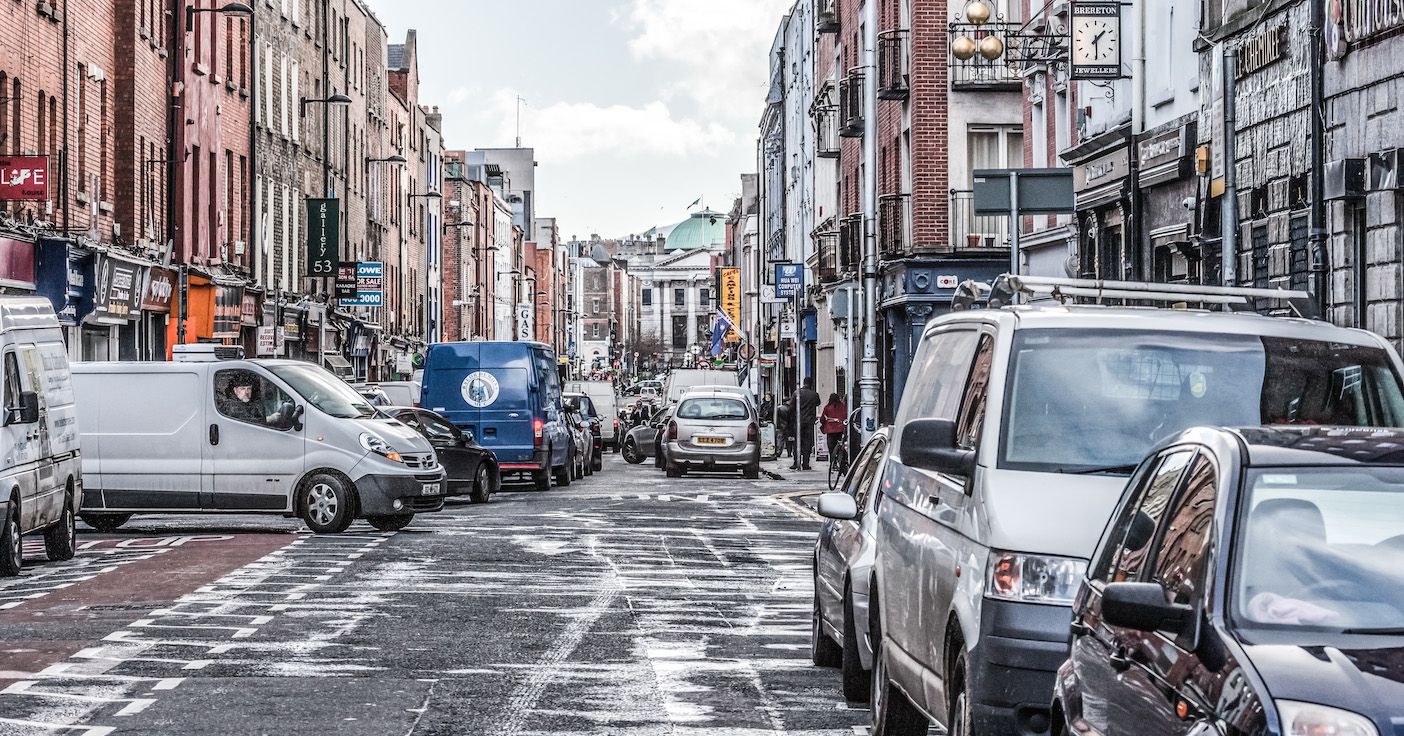 What can we look forward to?
My theatre shows always tread a fine line between stand up, storytelling, and plays, so what I'm doing with this show is to shove it over the line! My regular weekly shows in Pantibar are also part stand up and they have a manic, loose quality that is the opposite of my tightly scripted theatre shows, so I am bringing that kind of energy to this new show.

Your influences for the show?
Apocalypse Now and Sideshow Mel

Interesting. OK, on to Dublin now - Can you describe your perfect day in the city?
Crisp blustery sunny day, breakfast at home, long walk with the dog through the docklands and out to The Pigeon House, short nap, dinner with friends on Capel Street, boozing' and chasing boys.

What do you think Dublin is lacking in right now?
A clear vision of the city it wants to be. 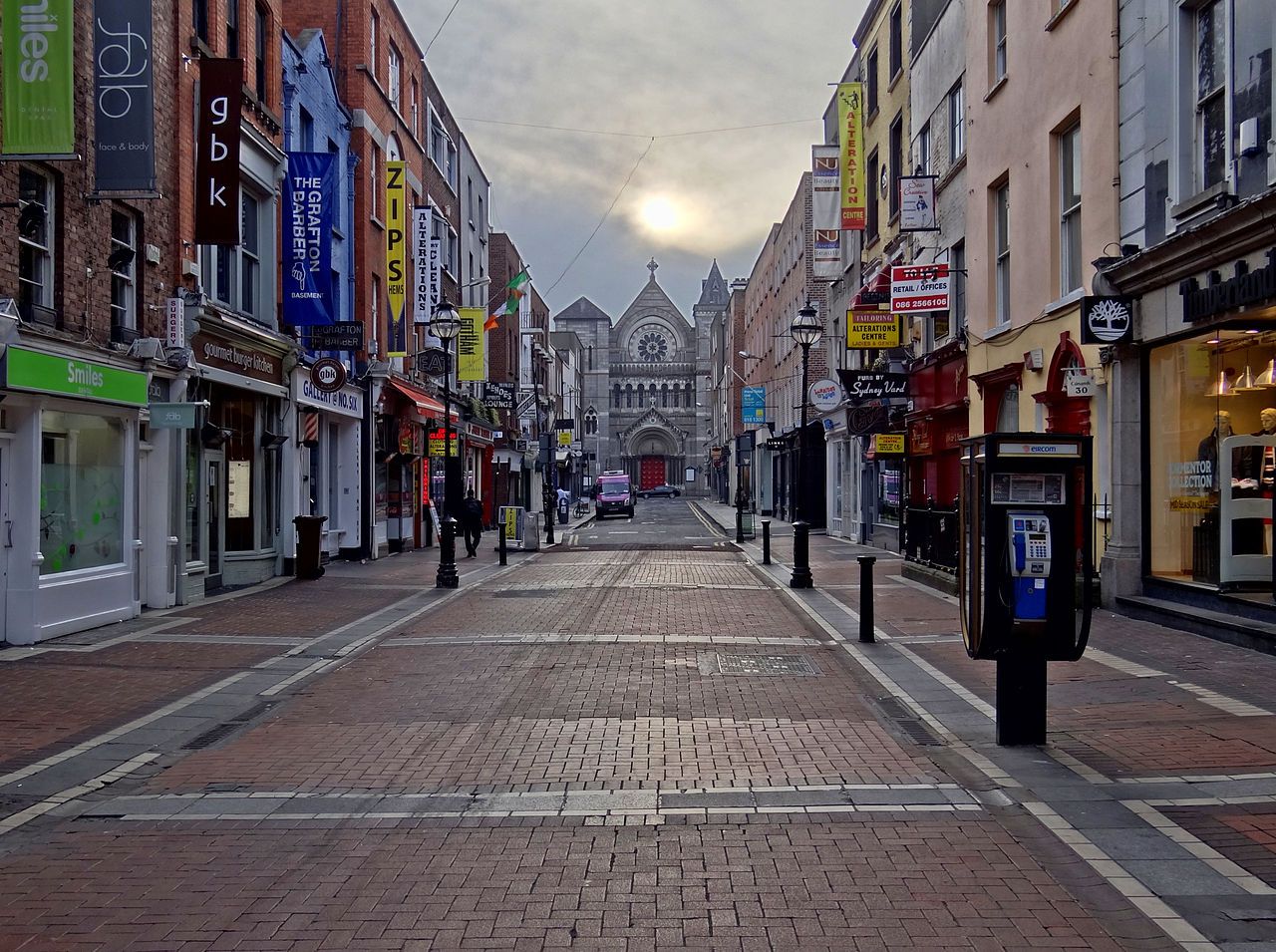 What would you like to see more of?
Brazilian fellas.

There's certainly a scarcity of Brazilian fellas. How was your experience of Dublin when things were at their worst economically?
Difficult - I opened Pantibar in 2007 so the first five years were tough. But the worst part was seeing so many of the fun, creative young people who had made this city so much more exciting, packing their bags and leaving - seemingly overnight. My Facebook feed these days is filled with London, Sydney, Vancouver....

Tell me about it. How do you see things improving now?
Some of the fear seems to have gone. There's a new energy slowly emerging.

How do you find Dubliners interact with you on the street, they now recognise you out of drag as well?
Dubliners have generally always been very open and fun to Panti. The thing that always got shouted at her most often was "Fair play to ya!". Being recognised out of drag is a new experience but the very vast majority of the attention has been positive and lovely, especially since my Abbey Theatre speech. People of all sorts - gay, straight, young, old - come up to me and say the lovely things and tell me their own stories or how they relate to what I said. But people will quickly forget again what I look like out of drag, and that will suit me.

What do you think separates Dubliners from the rest of the world?
Kildare.

What makes Dublin home for you?
The old Roma lady on the steps at the Abbey St entrance to Easons. I pass four times a day, every day. She's there hail, rain or shine, with her Big Issues and her sandwich and her "Nice man very good!" greeting.

What don't you like about Dublin?/What are your current frustrations with Dublin/Ireland?
I live beside the Luas on Abbey Street so everyday I am reminded of the monumentally stupid decision not to link up the Luas lines and I cry.
Living on Abbey Street I'm also constantly reminded of the huge impact the city's drug problem has, not only on the desperate lives of the addicts themselves, but also on the quality of life for everyone in the city centre. It is the single biggest problem affecting the city and it isn't a new one. The lack of an urgent, comprehensive, well-funded response isn't just frustrating, it's criminally stupid. 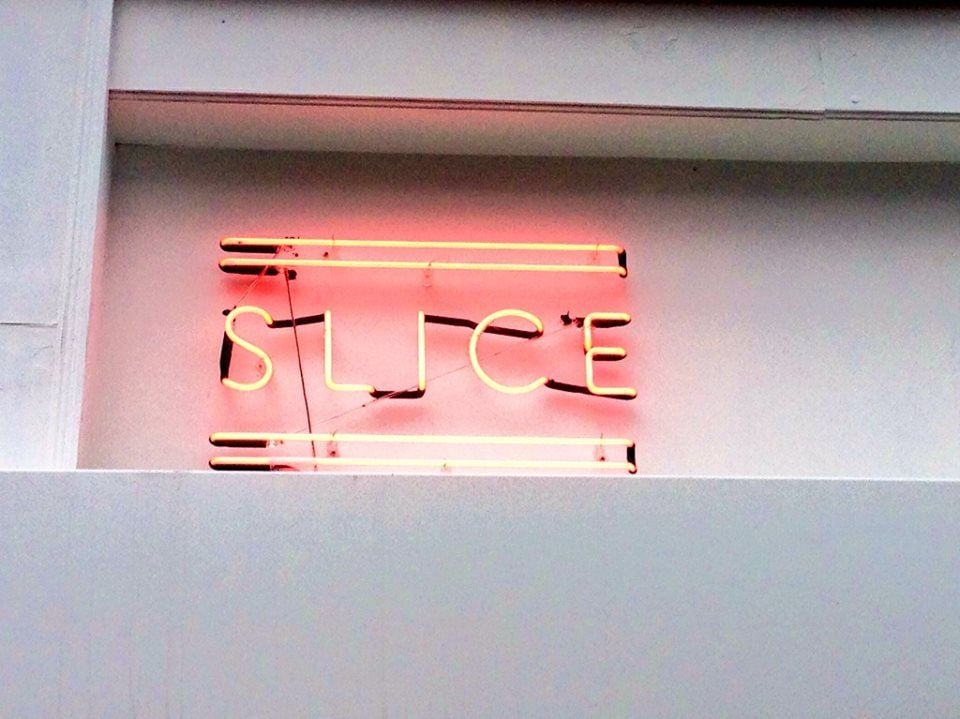 HA! How does Dublin's gay pride festival compare to other cities? Are we up there with the likes of San Fran?
I love Dublin Pride. It's big enough to feel like it takes over the city for the day, but it's small enough to feel like it means something. In bigger cities Pride can feel a bit soulless, a bit commercial. But in Dublin you are parading past the shop where you buy milk, past the burger joint where you get your drunken cheesy fries, down the streets you walk every day. It still retains a community feel. 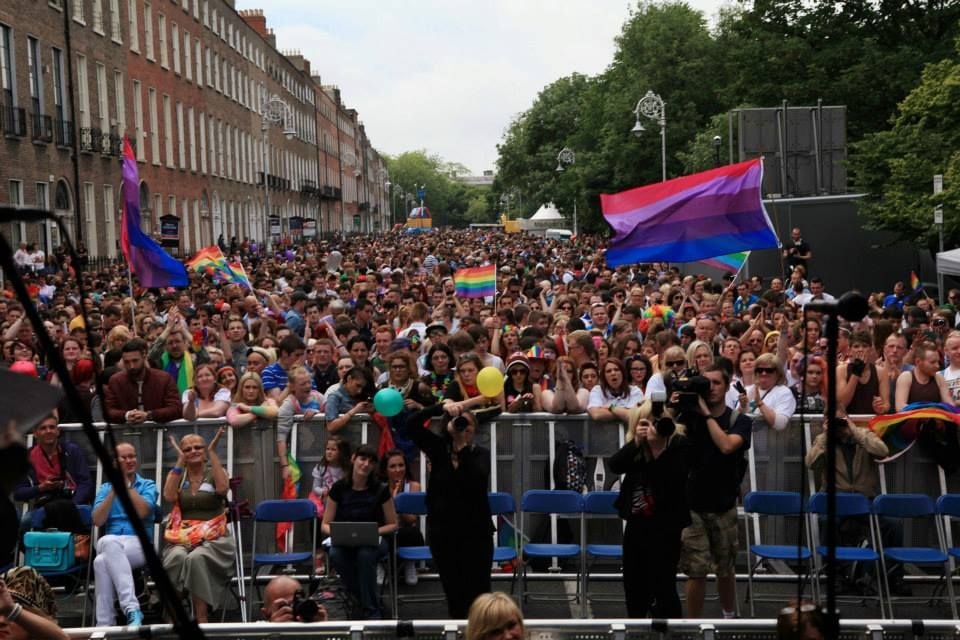 How has your experience of Dublin been post Pantigate, has it changed how you see the city and the people?
If anything it's reinforced for me how great Dubliners are and how easy-going and live-and-let-live they generally are. Dubliners were very quick to say "those people don't speak for me'. Just yesterday a very "regular" paunchy, middle-aged, bus-driving "proper Dub" stopped me on Parnell Sq to shake my hand and tell me he has a lesbian daughter and he's very proud of her. That's who Dubliners are. They are not interfering busy-bodies fussing over how other people live their lives.

What is your opinion of RTE and the Irish government after all that you experienced recently?
I think RTE is a collection of generally well-meaning people without a grand vision. I think the Pantigate affair proved that RTE is terrified of litigation, and while some of that fear is reasonable, because our defamation laws aren't fit for purpose, I think in this case the fear got the better of them. They are a public broadcaster and I think in this instance, on the advice of their less-than-impressive legal department, they didn't act like one. The Government needs to look again at our defamation legislation so that it doesn't just work in the service of people with deep pockets, and it needs to look again at the Supreme Court Coughlan judgement which means that TV and radio stations must give 50/50 coverage to both sides of a referendum debate, which means the extreme fringe views are often given undue prominence and respect.

Good points. Where would you like to see Dublin/Ireland in 5 years time?
Closer to the equator.

Well now that's four. What's the greatest bit of advice you've ever been given?
"It only hurts til it's in"

Well that's essential advice right there. What inspiring advice would you give to those who look to you for inspiration, to follow in your successful steps?
Eventually, all drag queens go blonde.

On to food now - are you a foodie?
No. I eat for fuel. I eat because I have to. Except for croissants and chocolate. I eat those because I want to. 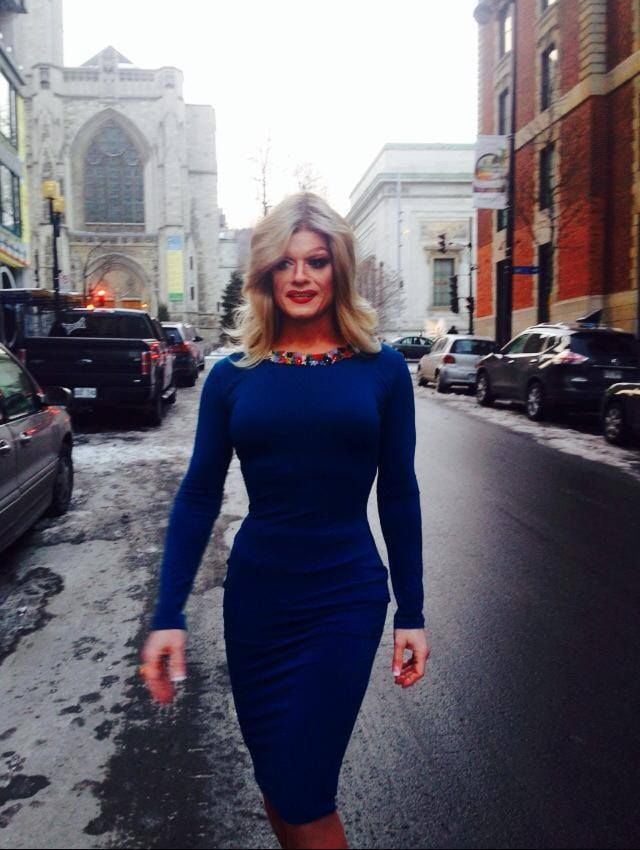 What would you cook at home that would never let you down?
My mothers ginger and spice cookies.

Any cooking disaster memories?
I haven't had a memory since 1994 when I mistook a bottle of poppers for a whiskey miniature.

If you could only have one more meal, what would it be?
American diner breakfast with everything. Everything! 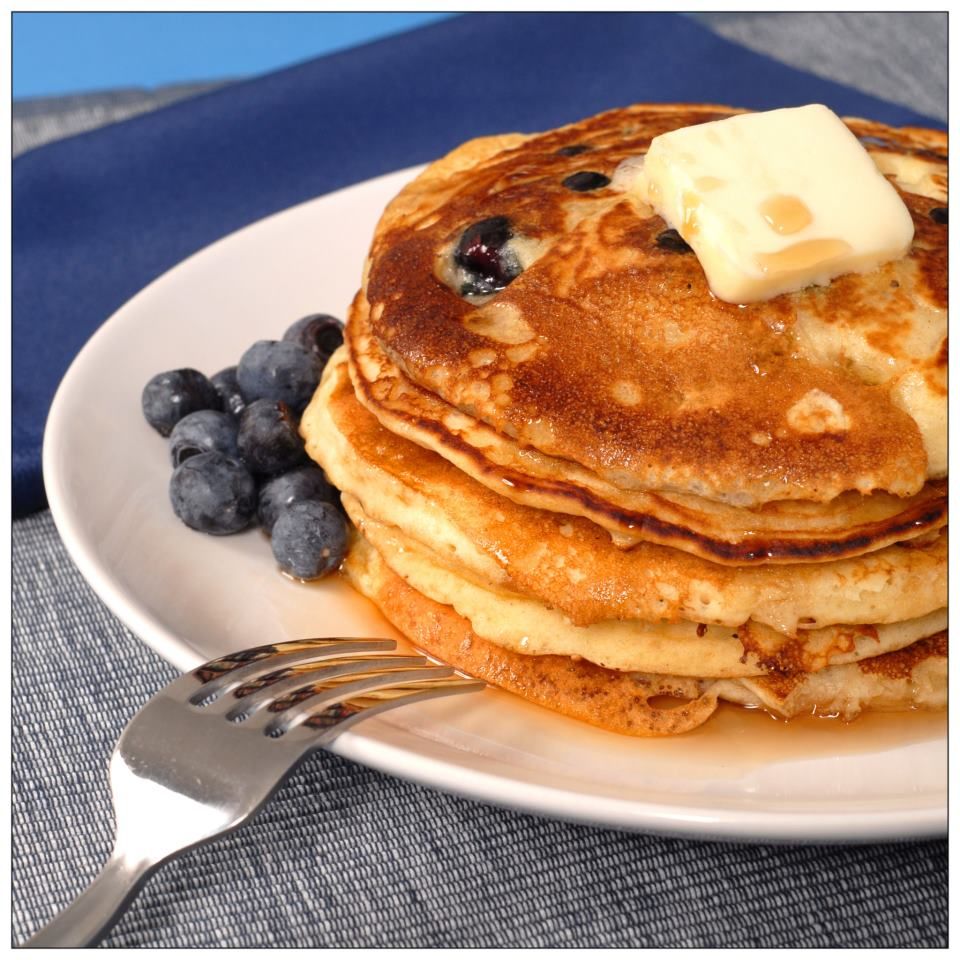 Guilty pleasure?
"(It's so funny how) We Don't Talk Anymore" by Cliff Richard. 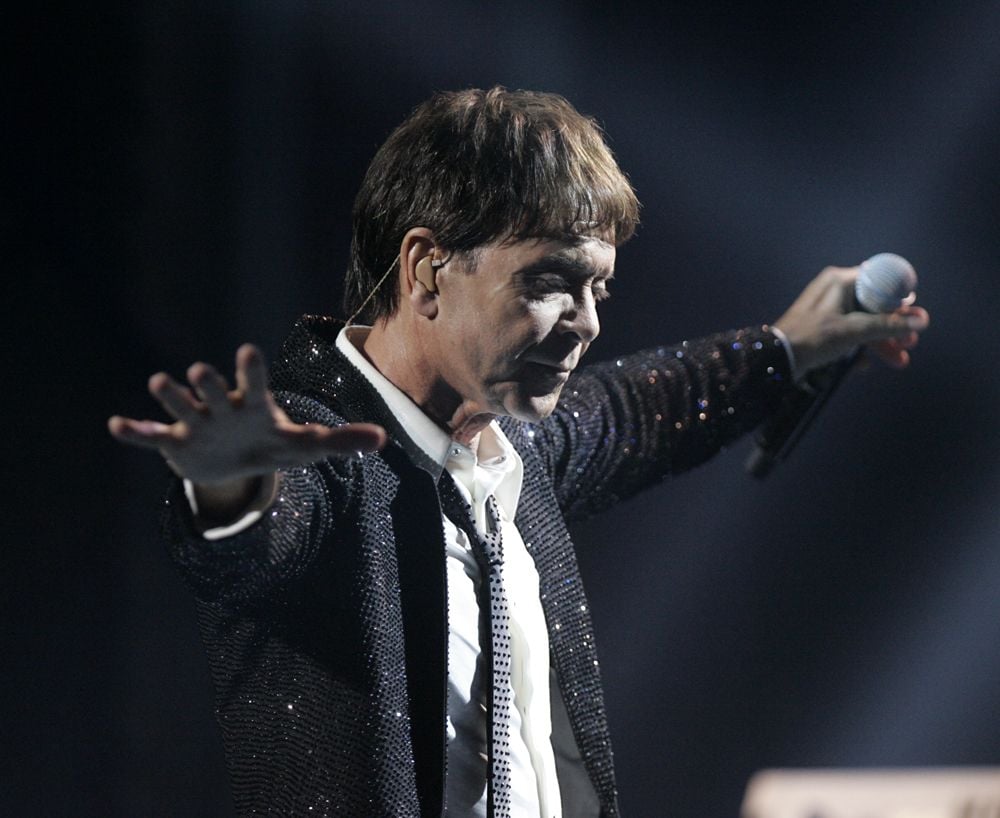