Shane Gillen moved to Dublin for college when he was 18 and got into magic when he was 19 when he got a job in San Francisco during his J1 in a magic shop. He now works full-time as a mentalist and illusionist. So how does one get into magic and is there an existing scene in Ireland?

"Magic can be quite an embarrassing word unless it’s in Disney, the connotations are hilarious, this whole idea of jester, a jokester, a prankster. I’d consider myself far more a performer especially with the show Lapse I have on now, there’s very little “look what I can do” which is very much what magician connotes to me. It’s a weird word."

"Initially I didn’t come across an existing scene in Dublin when I returned but like anything that’s weird and culty or niche, somewhere hidden in the corners of Dublin there was a scene I just didn’t know about it. Before I had went away I don’t think I’d come across any close up corporate magicians but like anything, even in music ,when you get into a certain kind of music or a certain band it seems like after you get into them you hear about that band all the time then. It’s the exact same with magic and I think it’s the same with any fad that you get into so when I got back I guess I started to do some research there are no magic shops in Ireland or anything like that, there’s one in Limerick. I started to do some research but I hadn’t found any sort of a scene, even though there was one." 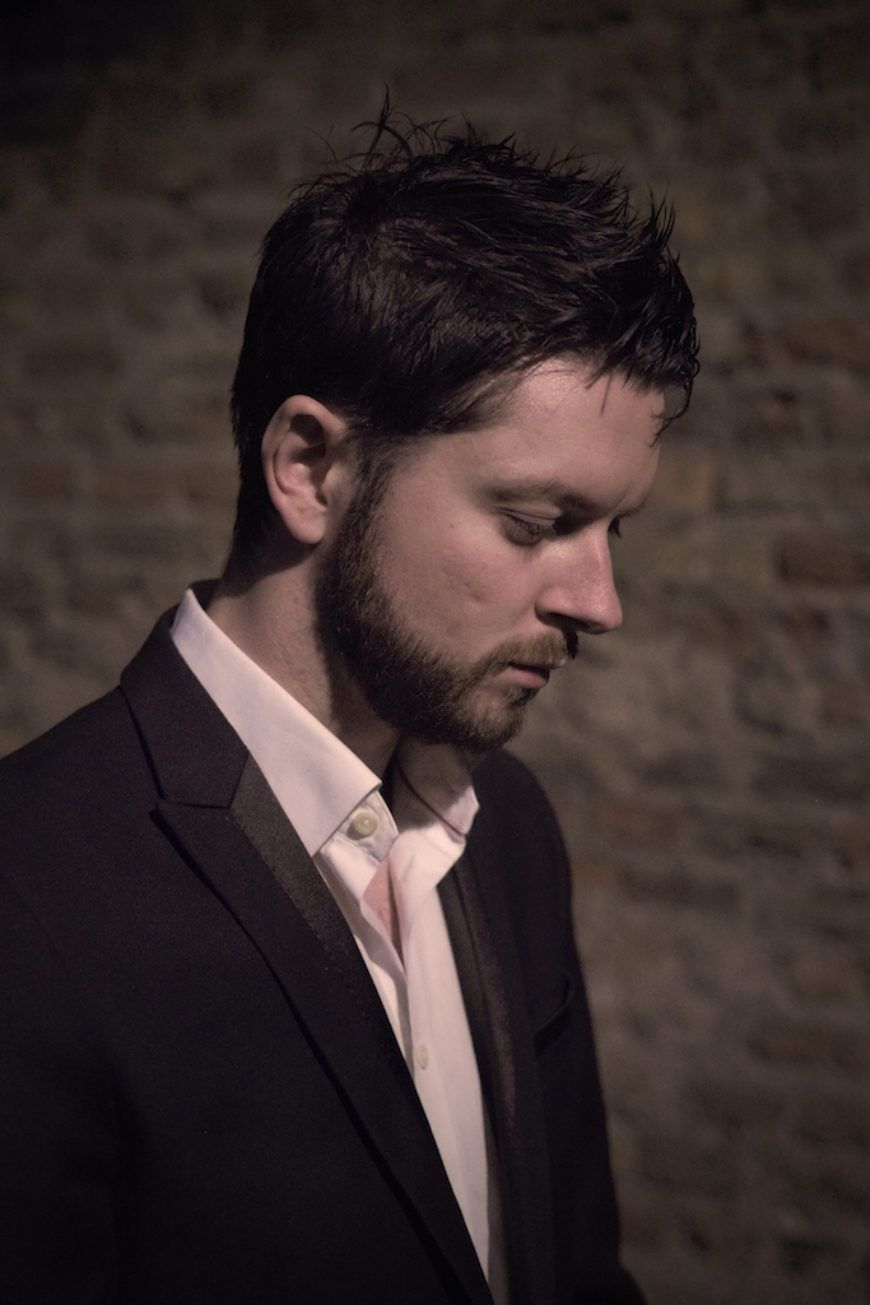 But then he did find the scene, believe it or not there’s a Society of Irish Magicians with around 70 magicians in Dublin alone and they meet up monthly and have different talks for members. They recently they had Neil Curran in who’s an improv artist, and often have different people in who aren’t necessarily magicians but who are people they can learn from and expand their skillset.

"It’s such a fascinating thing to see 60 or so magicians all sitting in a room performing for each other and watching how each other do different things, the magic scene in Ireland can be ludicrously competitive, when you first join the scene it is extremely inclusive and receptive but then as with any career you start doing things by yourself it can be quite competitive."

There are two fields of thought Shane tells me, what would be perceived as the old school of magic with top hat and tails pulling rabbits out of hats like Paul Daniels and the modern day which can be perceived as more “mental magic” like Derren Brown. The more modern magic was spearheaded by the likes of David Blaine, Shane explains, who for the first time turned people’s attention to the audience reaction.

“David Blaine changed the scene by being the first person to turn the cameras on the reactions, nobody had ever done that before and it was at the same time as Big Brother was coming out on Channel 4 and there was this whole cultural trend of how we as people like to watch other people. That’s what’s fascinating about it. That’s why when people come up on stage for shows the audience is more fascinated by that persons experience than by what I’m saying at that stage. People are just more fascinated by an audience reaction.”

While the Society of Irish Magicians was founded in 1939 and many of us grew up with Paul Daniels magic kits, an uncle who could make coins appear behind our ears and this idea of “Disney magic, it feels like since the likes of David Blaine, Derren Brown and Keith Barry magic has had something of a revival. At numerous corporate events and festivals it is not surprising to find at least one magician doing the rounds. Shane says himself that there’s no corporate event he does without someone saying “Do you know Keith Barry” which he says is a great, because it means people have a greater awareness of magic and it’s performers.

"As a young 20 something year old male Ireland wasn’t really the kind of place that was initially receptive to 'hey I’m a magician now' in social scenes or culturally. For me when I came back from San Francisco I didn’t tell anyone, I kept it really quiet and then at parties I’d slowly start showing people tricks and people were like 'oh that’s kind of cool' but I’d still be really nervous because of that whole thing of magic being weird and geeky or whatever, which it is!" 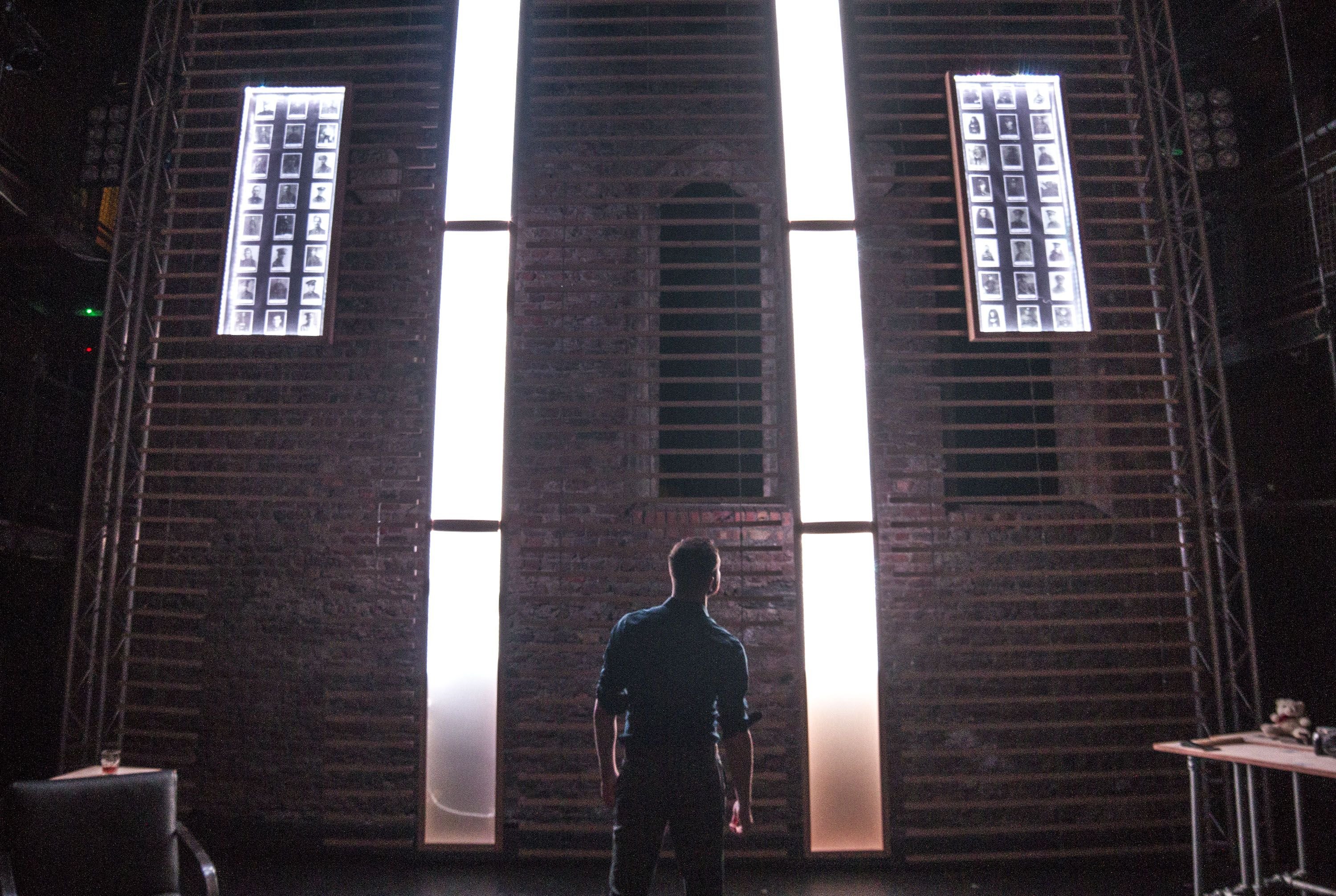 Saying that it was during Shane’s first year back in Ireland that he came across a magician called Joe Daly who had a show on in the Olympia called Magic Macabre which was a real turning point for Shane.

“It’s the most amazing thing I’ve ever seen in the Olympia. It was huge. A proper Vegas show in Ireland. Stunning. Things like that were amazing for me to see in Dublin because it was my first year of coming back from San Francisco. When I saw Magic Macacbre in the Olympia it was the first time I’d seen an Irish magician at all outside of Keith Barry on TV. Seeing what Joe did I thought it was incredible and being able to sit there and also know how some of it was done felt amazing."

While we come to know the individual magician, there are teams of people working behind the scenes in creating everything we see on stage or screen. Shane works with John Belling an incredible engineer who he met during college.

"John was the sound engineer and venue manager for my first show in college. After the show, he gave me a few suggestions on what he thought would make the show better, and it didn't take long for me to realise just how brilliant his mind is. We have been writing shows together for the past three or four years. It's fascinating to watch John work, he very much likes to be behind-the-scenes which somehow makes him more intriguing. John has come up with a whole host of original tricks and effects, each one as impressive as the other. I’m lucky with John in that he is a world of wisdom and so far removed from the rest of us, because he thinks in a completely different way which is so important for what I do." 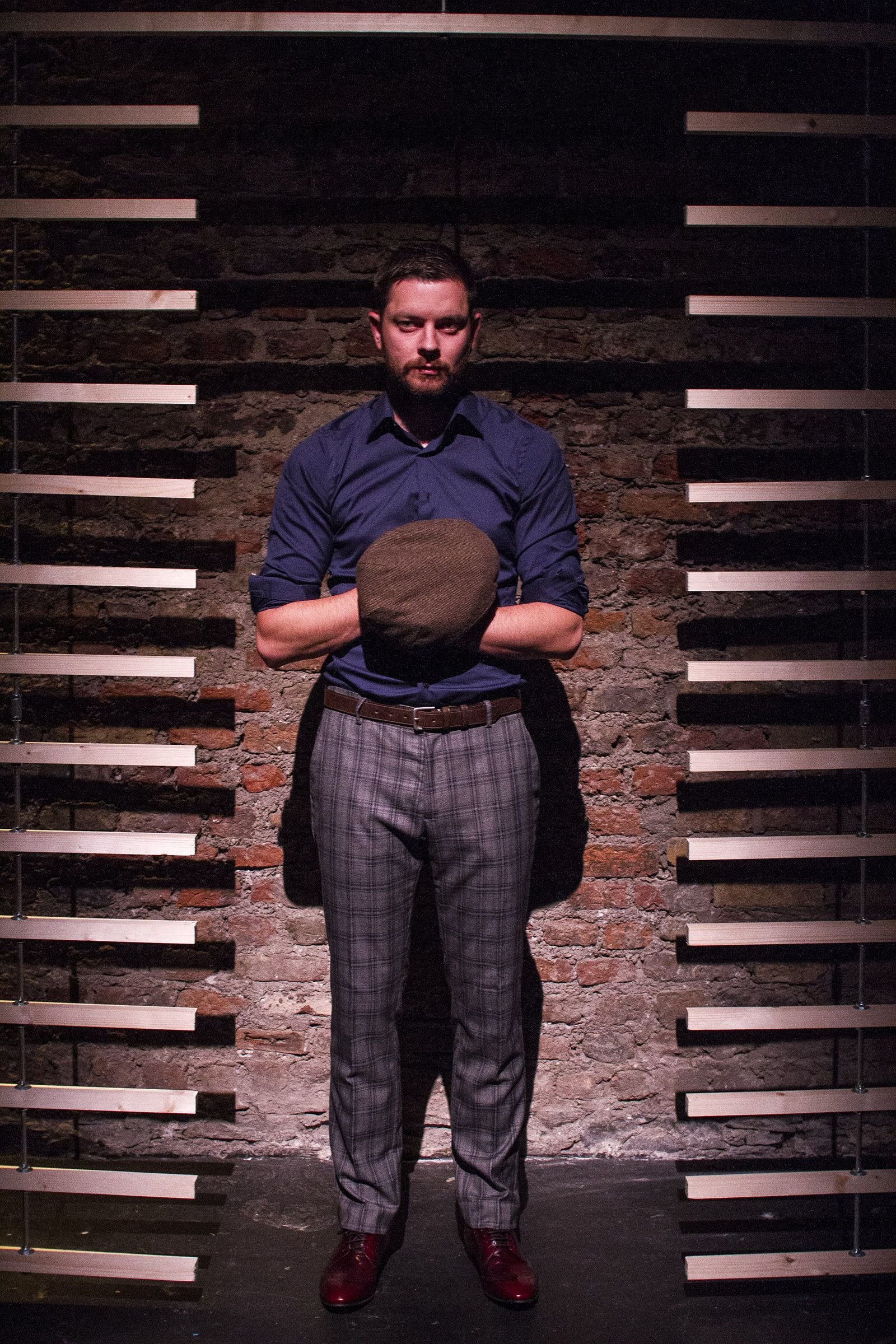 So do all great magicians have a partner in crime? A team of people behind them?

"Interestingly, the whole Derren Brown role was offered to someone else by Channel Four, a guy called Andy Nyman who’s a comedy actor and he’s a brilliant magician as well. Channel 4 wanted someone who could do mind magic and Andy said no because he wanted to pursue his career in comedy acting but he was like 'I’ve a mate and I think he’d be perfect for this role'. He went to Derren and they developed the character together and the two of them started writing the episodes for television and then Derren Brown became Derren Brown, before that time he was just a card magician. They designed the character and Blaine’s character is really well designed too, but a huge team of people are behind that. Similarly myself and John have recently started working with Sugarglass Theatre. We first met them in 2012 on their Fringe show “All Hell Lay Beneath” which we consulted on as they had magical elements to the show. We partnered with Sugarglass for our current show Lapse and having that team behind us means we have been able to put together something truly unique and different to anything I’ve ever seen put together for a magic show before."

The secrecy around Magicians does it come from the stigma attached to the word but also from 'the magicians code' of keeping the tricks a secret?

"There’s a strange attitude towards tricks in the magic world when in actual fact sometimes the method is more impressive than the trick and the trick is bettered by you saying this is what I did and it’s far more clever. When the method is better and you show the genius behind it it’s far more impressive because people learn about it. I love the idea of exposing the trickery to an audience so that you’re constantly aware of the paradox of real magic not being real. You are unfair to an audience or spectator if you’re trying to convince them that what happened was actual magic, real magic is the only magic that isn’t real." 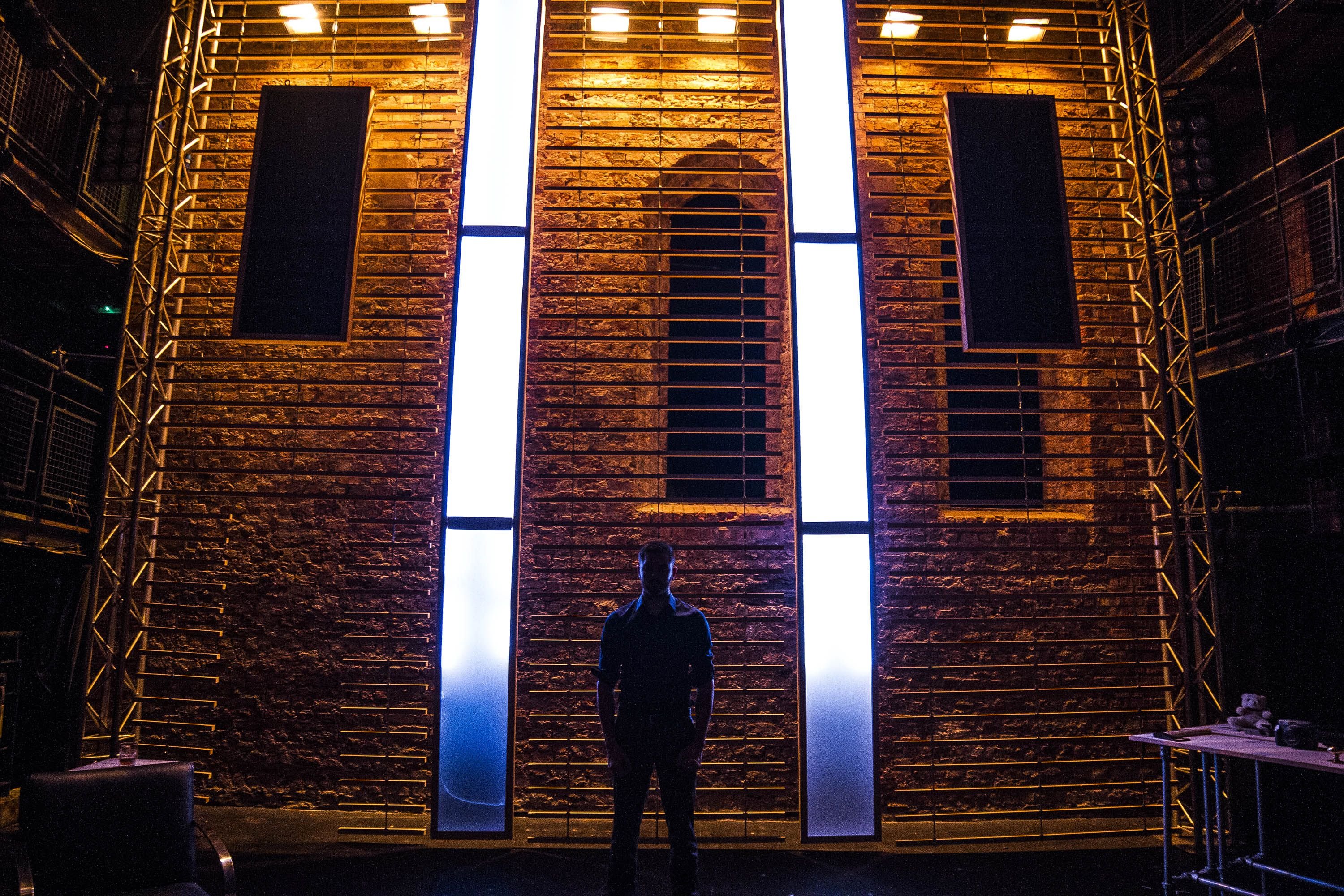 So do you use 'magic' in everyday life or are there elements and skills that you can incorporate into day to day jobs?

"Definitely. There are small things like an actor who got in touch recently because needed to learn how to shuffle a deck for a movie, it’s also really interesting to go into the psychological principles of mentalism. My skill set I apply on stage uselessly for entertainment, whereas you could actually use it really usefully in real life. I know one guy who is an incredible magician but he doesn’t like people knowing he’s a magician so he pretends he’s not but he has consulted for Derren Brown before, he’s incredible. He consults managers and business and just applies mentalism in all contracts, but I won't say his name because if he saw it he’d kill me."

What advice would you give to aspiring magicians or what is your vision for how you’d like to see magic spread and received in the city?

"Ultimately John and myself would love to set up summer camps for kids, we already do a number of workshops and consult on specifically organised events. We’re also currently writing our first book titled “The Anatomy of Perception”. I’d really just encourage people who are interested to read and gather online materials, watch Youtube videos. The society is also there and there’s loads to be garnered from joining it. They meet up on first Tuesday of every month in Cassidy’s hotel at the bottom of O’Connell Street. You can join up there or you can just go along and see what it’s like. The age ranges from 15-60 and there are loads of really helpful people there." 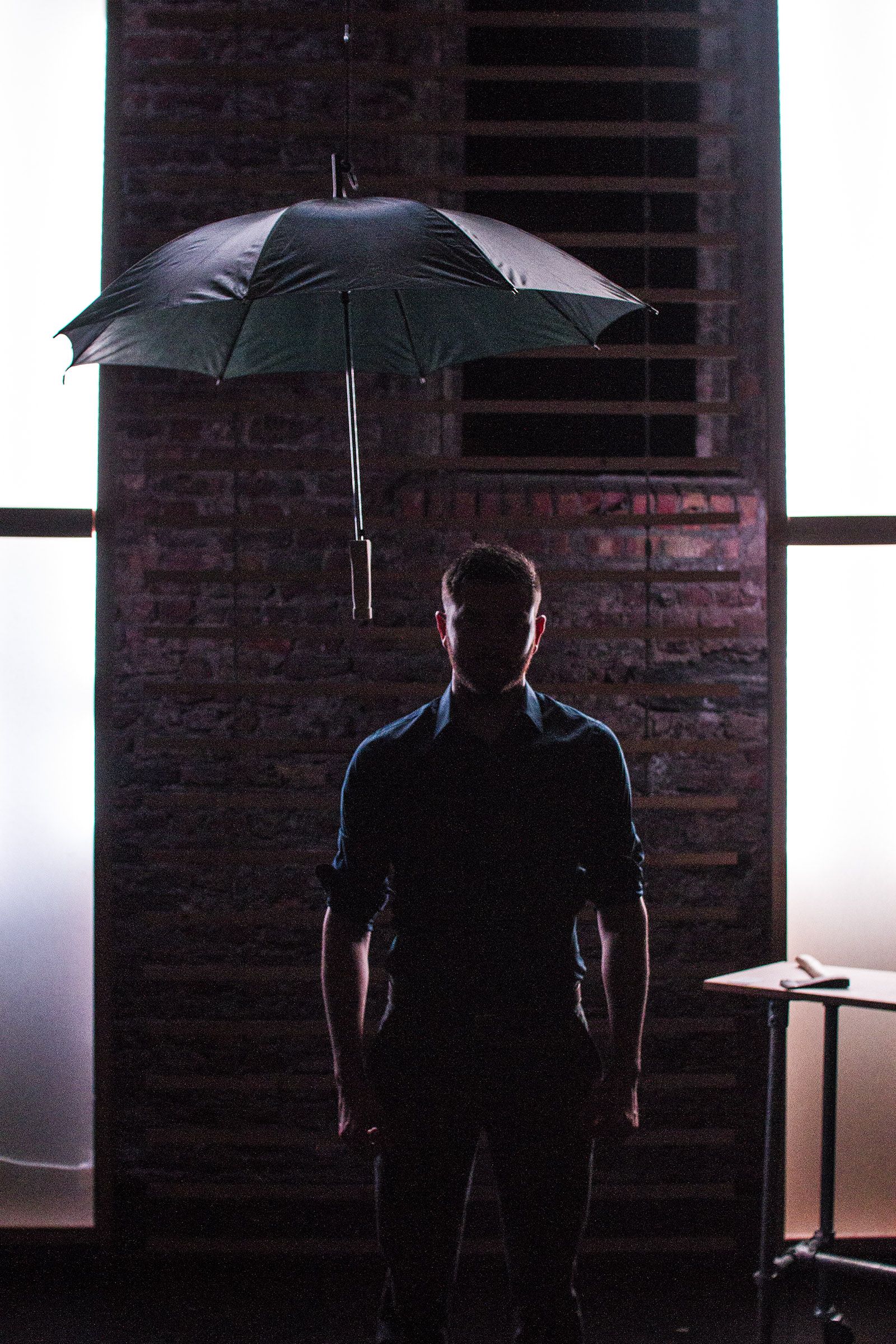 Lapse is on now in Smock Alley Theatre and runs until Saturday July 12th. www.smockalley/lapse , www.shanegillen.com