Emergency services tended to a crash between a luas and a Dublin Bus at Queen street this morning.

Dublin Fire Brigade confirmed that nine people were hospitalised following the collision, however there are "no life-threatening injuries".

Firefighters/Paramedics from Phibsborough and HQ responded to collision between a LUAS tram and a bus this morning on Queen Street. 9 people treated and transported to hospital by DFB and NAS ambulances. No life-threatening injuries. Expect delays in the area. pic.twitter.com/ISJLxFlSxp 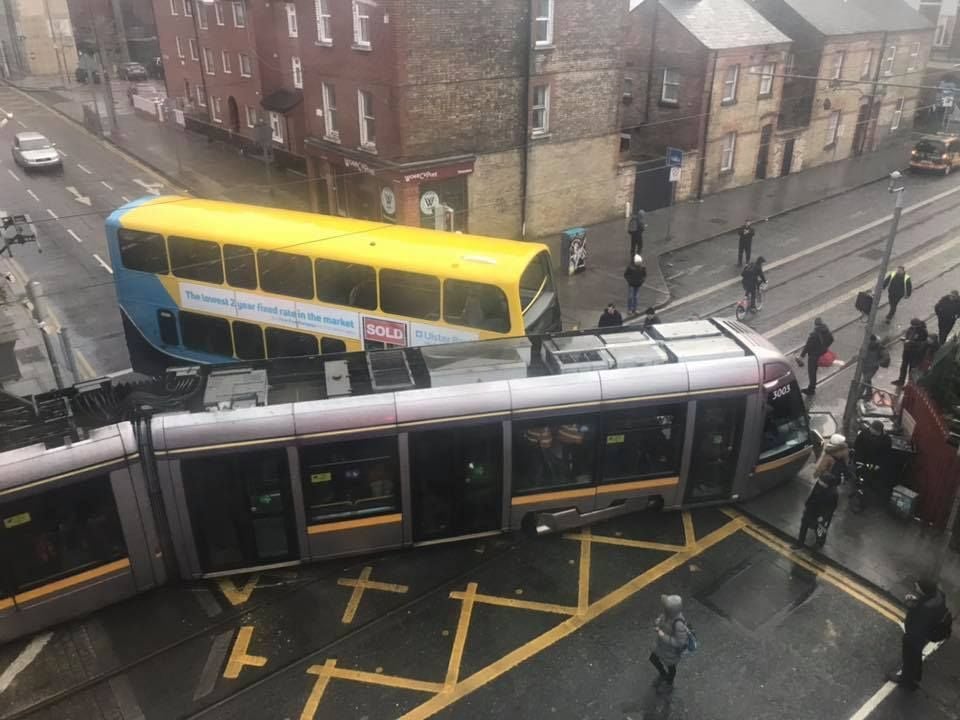 Luas officials confirmed that services between The Point/Connolly and Drimnagh have been called off due to the incident, but added that "there is a full service however running between Saggart/Tallaght and Blackhorse" and that luas tickets will be valid on Dublin bus.

#Luas Red Line Travel Update. Due to an incident at Queen St there are no Luas services between The Point/Connolly and Drimnagh. There is a full service however running between Saggart/Tallaght and Blackhorse. Luas tickets valid on @dublinbusnews.

Gardai were also in attendance at the scene

This is the third serious Luas incident this week. On Wednesday, emergency services were called to Jervis St after a Luas and car collided.

On Monday, a man tragically died after a Luas collision near the Kingswood stop.