SUBSET have unveiled a powerful new mural on Curved St. in Dublin to mark eight years of conflict in Syria.

Crowds gathered as GOAL unveiled the piece which serves as a stark reminder that children are still facing unimaginable tragedy and hardship in Syria every day. 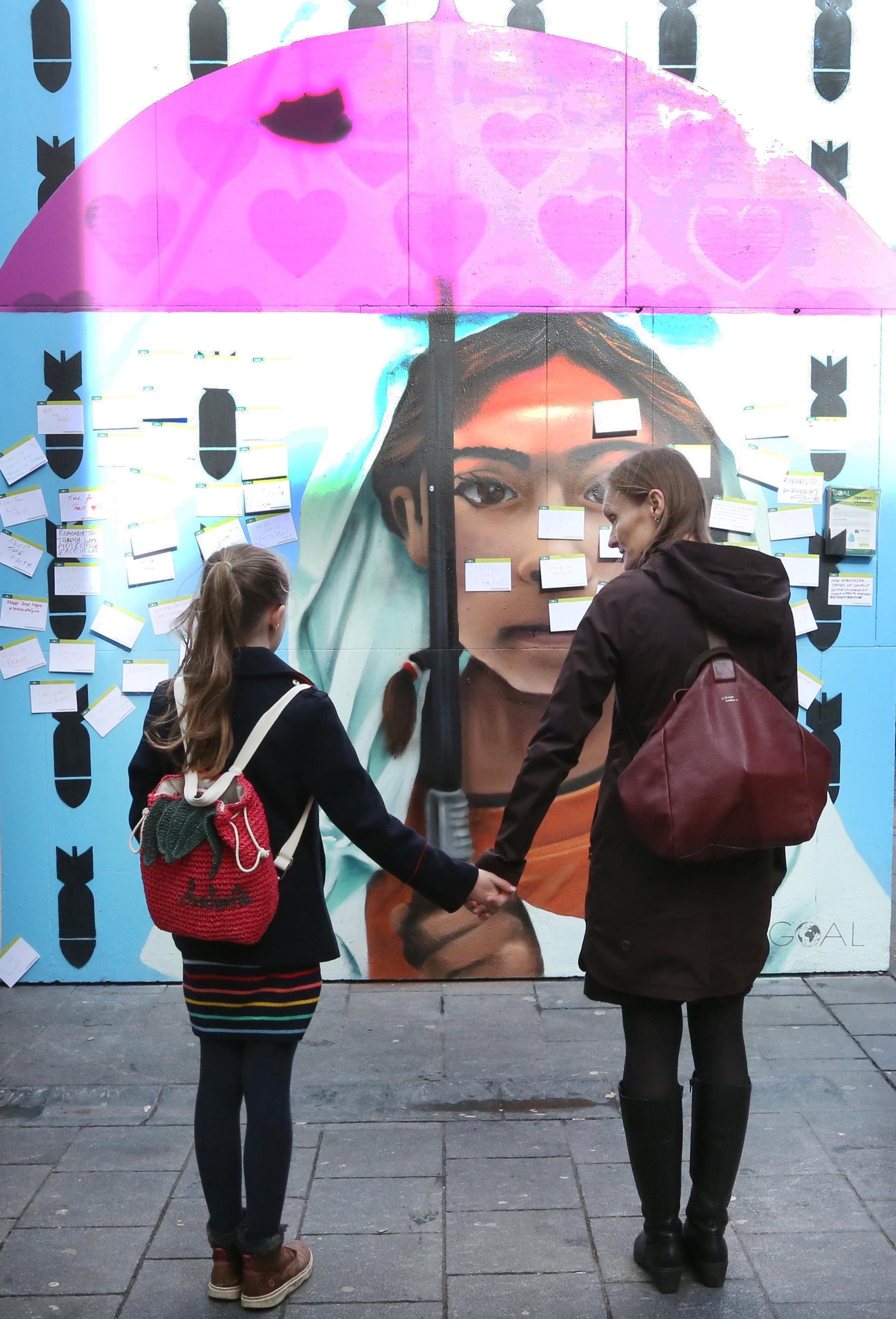 It is estimated that approximately 4 million children have been born into conflict with gunfire and air strikes are normal to the vast majority of them. Schools, playgrounds and homes, once places of safety and security, are now reduced to rubble and face risk.

Virtual reality headsets were available for the public to experience what life in Syria might be like as the mural was unveiled. Those who participated in the virtual reality experience witnessed a terrifying scene of how rapidly a normal evening at home can change, in a split second, to an evening you will never forget.

To date, it is estimated that over 2.5 million children have been forced to flee their family homes and are now seeking refuge across the border in countries such as Turkey and Jordan. Families are forced to travel for hours on foot to reach safety and humanitarian aid often possessing very little – not even their dignity. 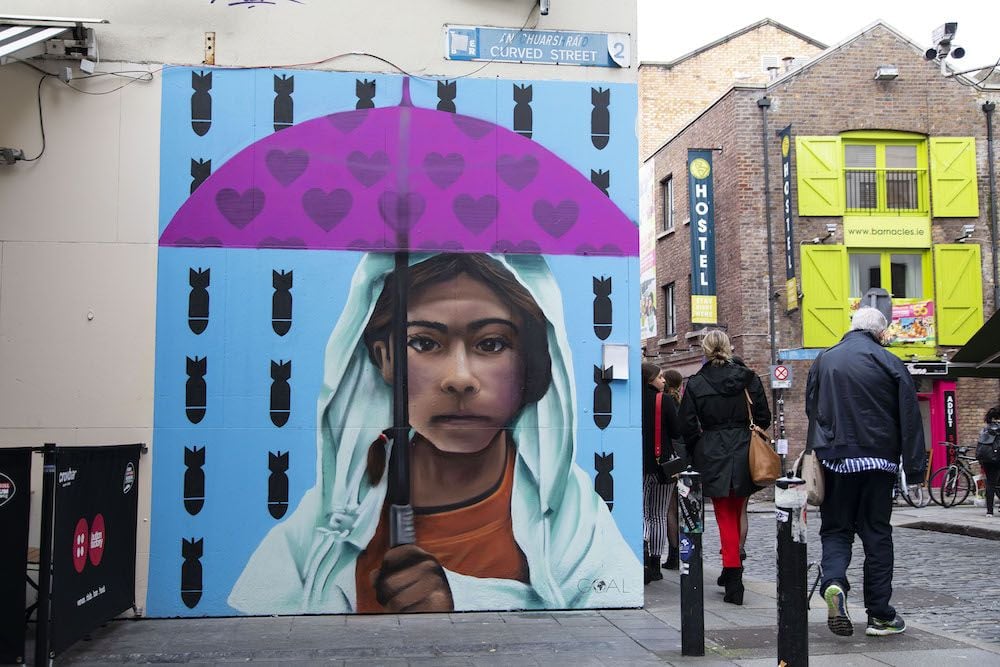 The design was conceptualised by GOAL and the art collective SUBSET to focus minds and stand in solidarity with the innocent communities living in Syria, and neighbouring countries, who have been forced from their homes amid violence and conflict in the past 8 years.

In 2018, GOAL reached over 975,000 conflict-affected people with water, food and emergency support. GOAL is calling on the Irish public to demonstrate their humanity and compassion for the innocent Syrian children and families by posting a message at the mural site and sharing their message on social media channels with#StandwithSyria.

McDonald's reintroducing customer favourites back to the menu next week