A really great glazed ham is probably number two on everyone's favourite holiday meats right after the big bird. This is the one we do every year in my house and if there is even the slightest change to the recipe everyone starts to get somewhat irked.

All your honey ham ingredients! 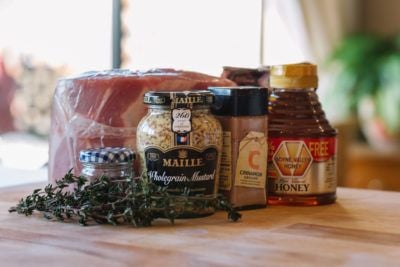 Bring a large pot of water to a rolling boil. Place the ham into the boiling water and place the lid back on the pot. Return the water to a boil then reduce to a simmer for an hour and a half. 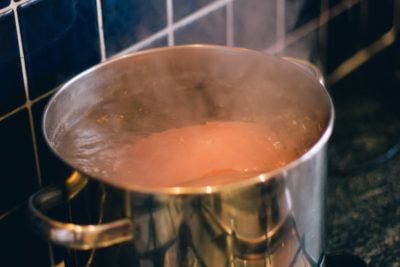 While the ham is simmering away you can make your glaze. Start with the sugar. 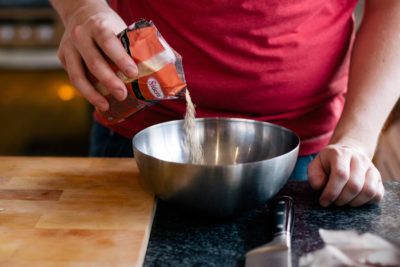 Then add in the wholegrain mustard. 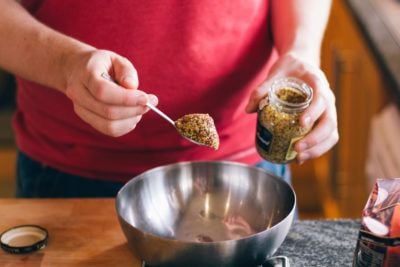 Next go in with the three tablespoons of honey. 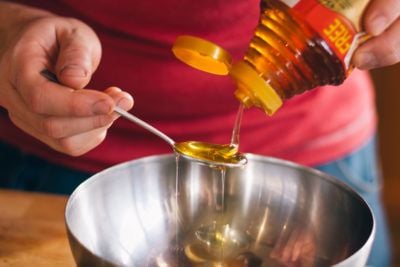 Remove the leaves from the thyme sprigs and give them a quick chop. 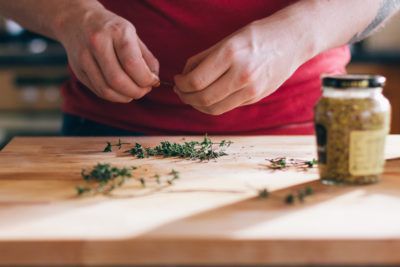 Finally add in the cinnamon and give the glaze a really good mix. This is now good to go. 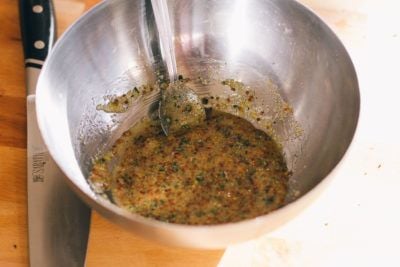 When the ham comes out of the water after the hour and half, generously spoon about half of the glaze over it. You want to keep the other half for adding more in halfway through. 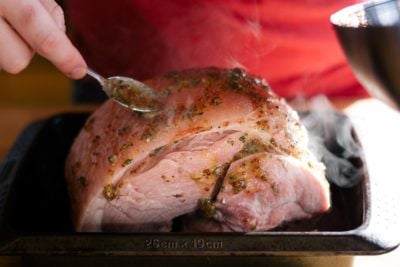 Pin the cloves into the skin and all over the surface at about two inch intervals. Place the ham into the middle of an oven preheated to 180 degrees. 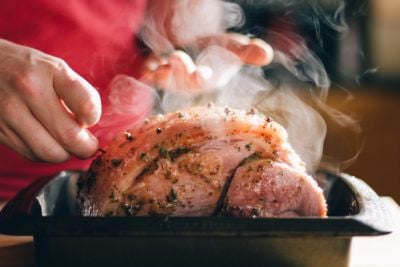 After half an hour, remove the ham and spoon over the remaining glaze. Make sure to get glaze all over the surface of the skin and meat. Place the ham back into the oven for another half an hour. 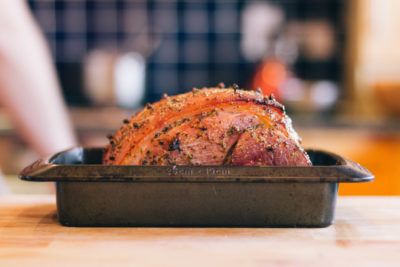 When the ham comes out, leave it to rest for about twenty minutes. When carving up the ham, take the skin off first. It should cut off very easily. 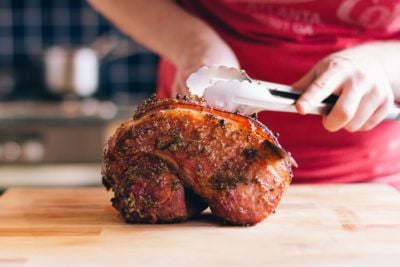 Slice into thick wedges using a long, sharp knife. Enjoy straight from the board with your fingers if you can’t wait until dinner! 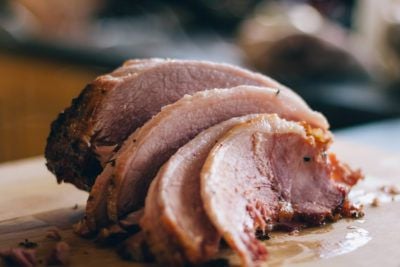 This Ferrero Rocher hot chocolate is the stuff of Christmas dreams

A new hot chocolate truck is coming to town next month

How to make the ultimate buttermilk chicken burger at home