I’m a huge fan of pasta and one type that is often overlooked is gnocchi. The simple fact is that most people don’t have a clue how to cook it which is a shame given all the shops now have packets of pre-cooked gnocchi that are ready in minutes. Don’t worry though because we have this seriously bad ass, mega tasty little sweet pepper sauce with chicken to go with yours. Simple, delicious and ready in about 30 minutes. Give this a lash!

You'll find all this stuff in an average supermarket and most of them have pre-made gnocchi these days. You could make your own, but that would be a massive pain in the arse. 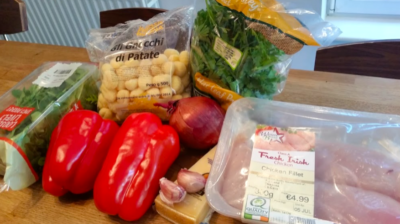 Slice the onions and dice the garlic roughly. Lash on a big pot and throw in a good glug of olive oil. You want to do this over a nice gentle heat to extract maximum flavour. 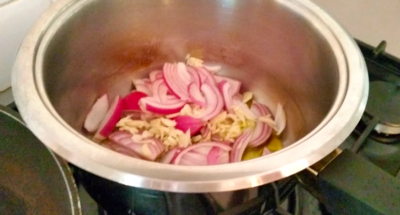 While those are cooking, chop up the red peppers. Don't need to be too precise or anything as it will all get fucked into the blender later anyway. 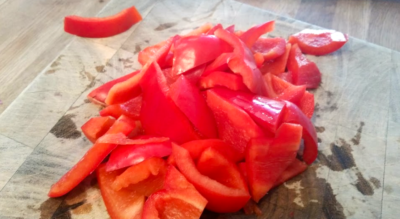 Throw the peppers in and continue to cook them over a slow to medium heat. They'll take a good 10 minutes and the slower and longer you cook them, the better. 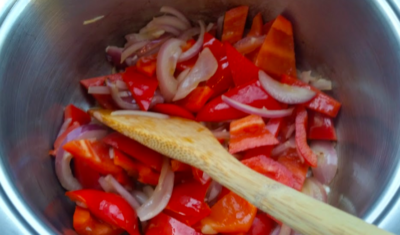 Grab the chicken out of the packet and slice the breasts up as thin as you can. 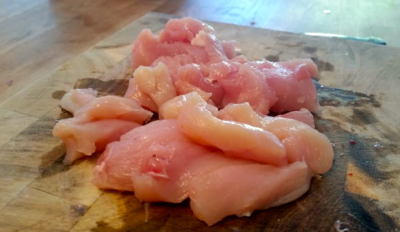 When the peppers are soft, fuck in a bit of water to cover them and crank the heat up. 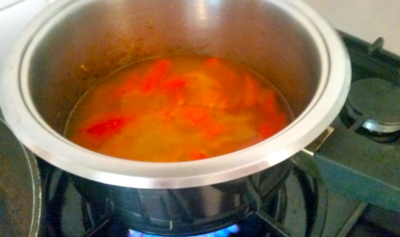 While the sauce is boiling we can finish the rest of the prep. Start by picking the parsley leaves from the stalks. Chop the shit out of it until it is super fine. Grate a load of parmesan cheese. Again, nice and fine. 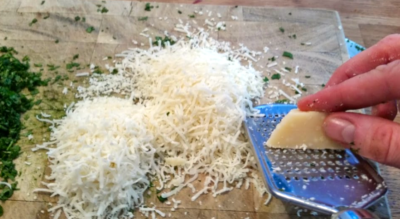 When the peppers are soft and the sauce is boiling take it off the heat and lash it into a blender. Blend the shit out of it for about a minute until it is silky smooth. 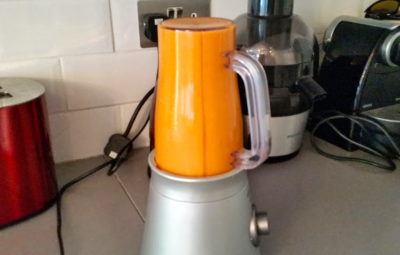 In a large frying pan heat up some olive oil before lashing in the chicken. 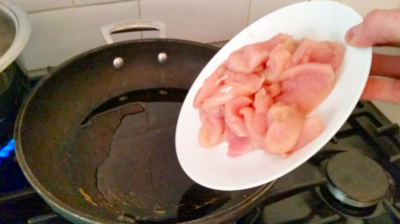 You want a good high heat and make sure to season the chicken up with a little salt and pepper. All you are trying to do at this stage is get a little colour on the meat. While the chicken is on lash the gnocchi into a big pot of rapidly boiling water. Follow the instructions on the packet. Should be a couple of minutes max. When the chicken is browned up (should take about 3 minutes) lash in the sauce direct from the blender. When the sauce comes back up to the boil lash in the rocket. 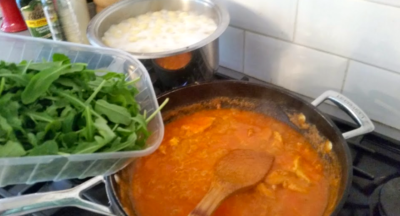 Strain the gnocchi off and throw that in as well Lash in the parmesan and the parsley 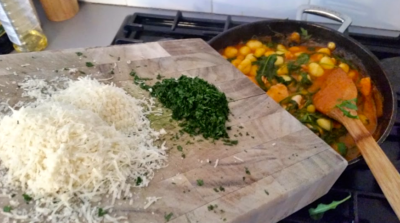 This is why you prepped everything in advance. Now all you have to do is give the whole thing a big fuck off stir and it is all good. 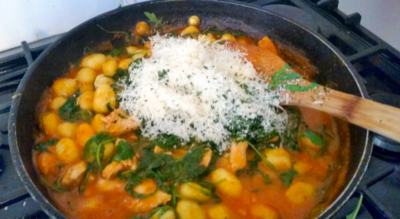 You don't want the sauce too thick. Season it up with some salt and pepper to taste. It should be thicker than soup but not super thick. 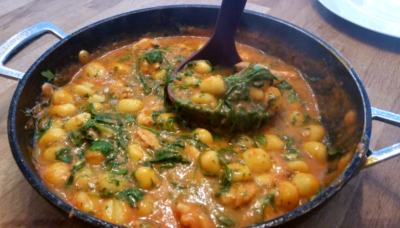 Serve it up with a little extra parmesan on top. Epic little dish. 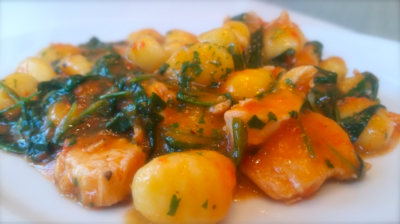 This works perfectly as a starter (much smaller portion) at a dinner party or just for a meal during the week. No need to be scared of gnocchi anymore. Instead just relax, crack on some tunes and get your cooking on. Absolutely delish.

16 insane-looking cocktails you can get at The Paddocks