Sunday is all about wholesome food.

At least 50% of you will have been out last night (by my estimate, at least), so you'll want something big and filling to soak up all the booze.

The other 50% are health nuts who've probably run a half marathon or climbed a mountain this morning, so I've come up with the perfect dish to suit everyone on this fabulous day.

It's cheap, tasty and a real Sunday treat. Give this a go and I guarantee you won't regret it.

The big key here is buying good buffalo mozzarella. Spend a little extra if you have to, because it'll make a big difference to the dish. 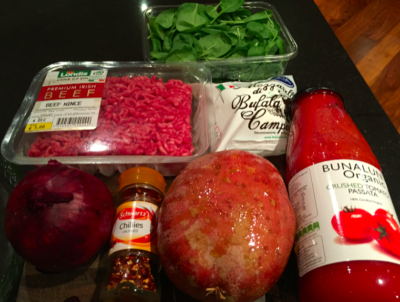 Lash the baked potato into the oven. I had a huge one so it would do two people, but you'll want one each if the spud is smaller. Put it in an oven heated to 200 degrees, smear a little bit of oil, and leave it in there for about an hour. 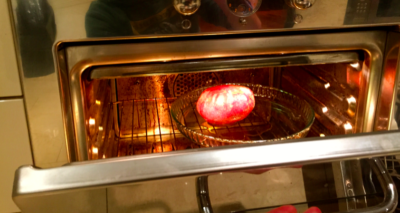 Chop up the red onion into small, evenly sized pieces. Mix half the red onion in with the mince and add a good generous amount of salt and pepper. 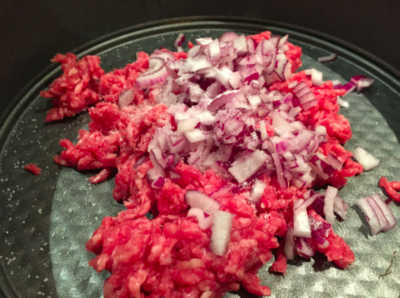 Once you've mixed that up (and the best bet is with a clean pair of hands) roll them into small little balls. About half the size of a golf ball. 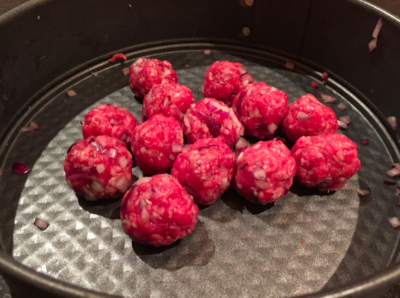 Lash on a small frying pan. The beauty of this is you make it all in one pot. Add olive oil, the onions, and as many chilli flakes as you can stomach, to the pan. You could leave the chilli out, of course, and replace it with something like garlic, but that little kick adds a lot to this dish. 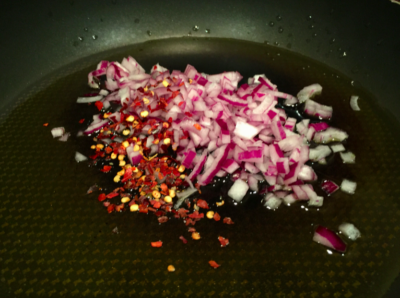 After a couple of minutes, when the onions are soft, add in the meatballs. You don't have to do much here, just let them brown up a little on each side. 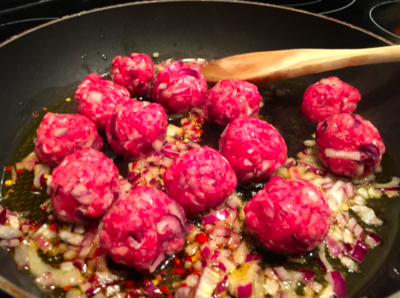 Then pop in the passata. Over the next 20 minutes the sauce just makes itself as it simmers away. Turn it down to a low heat, then go have a shower, glass of wine, or do whatever it is you do to relax. 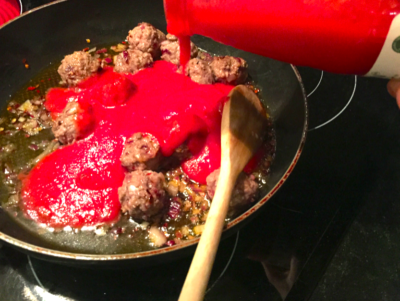 Give it the odd stir, but generally the sauce will make itself. 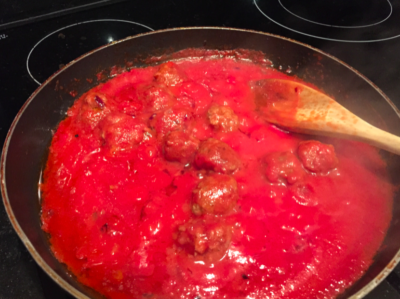 Take it off the heat when it is thick enough and lash in the spinach. 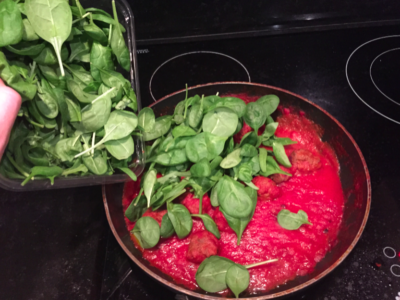 It'll look like there's way too much, but don't worry, it's going to wilt down quickly. There'll be enough heat in the sauce to cook it. 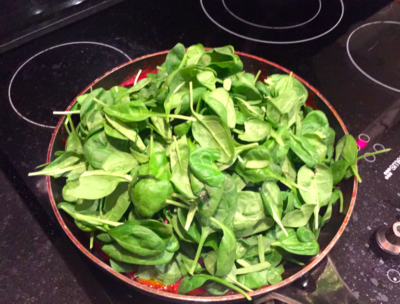 Whip the potato out of the oven. Like I said, it should take about an hour, but if you're not sure it's done, just pop a knife in. It should be soft right through to the middle. Once the spinach has wilted down, the sauce should look like this. Have it off the heat and ready to go. 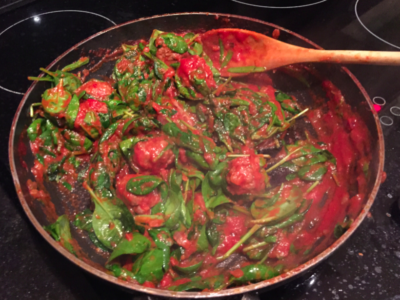 Grab the cheese out of the fridge and strain off the shitty liquid it comes in. The cheese should be so good that it just crumbles up in your hands. Rip it up. Scoop out the middle of the potatoes (you can these for something else, like a soup) and just leave the skins with a small bit of the potato on them. Scoop in the sauce and filling. 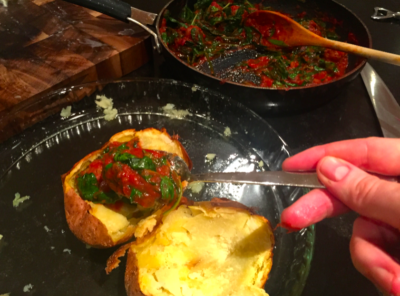 Fill each one up as much as you can. 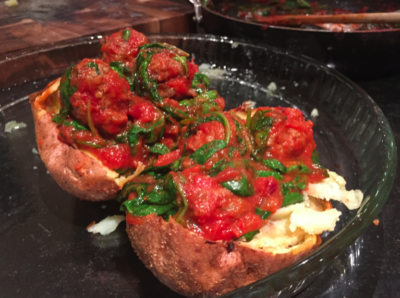 Lash the cheese on top and pop it into the oven or under the grill. Either will work and will only take 5 minutes. 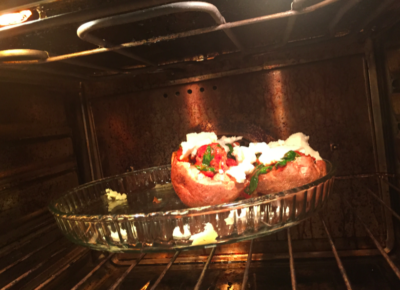 Whip them out and throw the good looking bastards onto a plate and serve them up immediately. This should taste absolutely unbelievable and is just perfect for a Sunday. 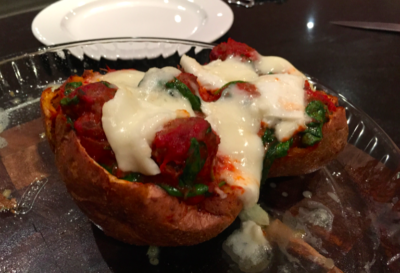 You only have to look at the pictures to see how amazing this actually is. Cooking a whole roast on the weekend is a bit of a pain in the arse, but this will feed a couple of you just as well with minimum fuss.

This is an awesome little recipe that's well worth giving a bash!