I've had too many bad spaghetti bolognese over the years. We all have.

Every cafe, shitty touristy Italian restaurant and bar seems to have it on the menu – and given it's the first thing you put on a menu if you know nothing about food, they've ruined what's actually a wonderful and delicious dish when done well. And so, the only way to get it right it is to cook it at home.

Check out this wickedly simple recipe and you'll fall back in love with the dish. I've even changed the spaghetti for tagliatelle to make it slightly different to the normal muck you get served...

Lay out your ingredients. All pretty easy stuff to find. I went with a super thick tagliatelle as I just think it works better with the thick meaty sauce – and try splash out on some decent mince meat from the butcher rather than the shitty supermarket stuff. 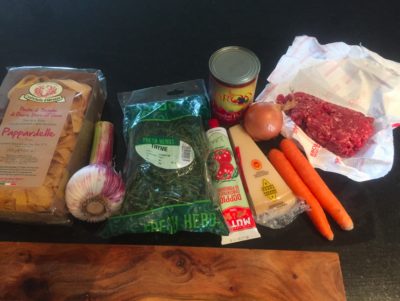 Dice up the onions, garlic and carrots into small-sized pieces, then pick all the thyme leaves away from the stalks. All this shit is going to form the base of the sauce you make. Really not much work to do after you finish all this chopping in fairness. 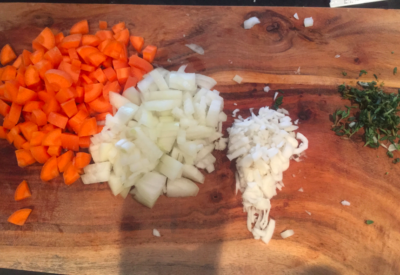 Lash it all into a decent-sized frying pan on a nice medium heat, and slowly sweat them off for about 10 minutes. All the flavour is going to come out of this part so don't be rushing it. 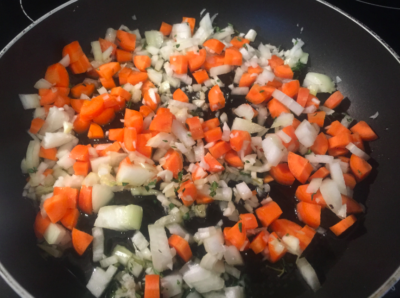 Next throw in the mince. Crank up the heat at this stage as we want to brown the meat 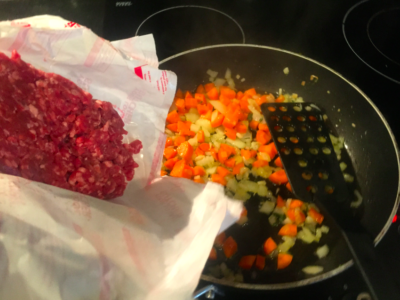 You'll also want to have a pot of boiling water on at this stage for the pasta. Still a good way from cooking it but having the water on is a good shout. 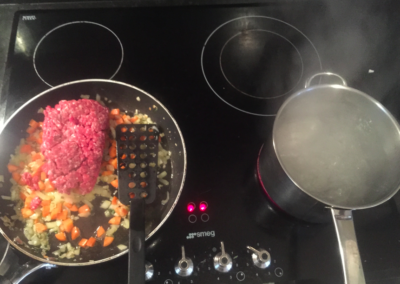 Use a wooden spoon or spatula to bash the shit out of the meat and break it all up while keeping it moving around the pan at all times. 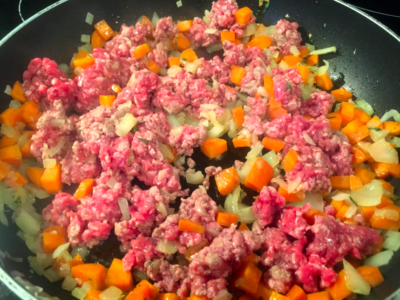 When the meat has been cooking for about five minutes, and is nice and brown and all broken up, throw in the tinned tomatoes. 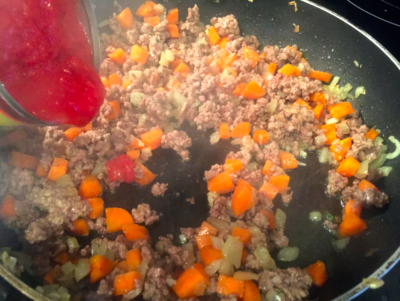 Smash the tomatoes up and distribute them around the pan. You can turn down the temperature at this stage, because we want this to cook slowly for about 20 minutes without rushing it. 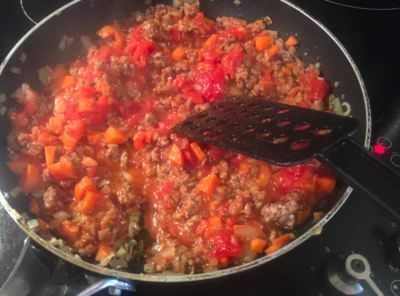 After those 20 minutes, when the sauce is naturally starting to thicken up, throw in the tomato puree – a good squeeze of it. I'd also throw in about half a glass of water at this stage, just to help bring the sauce together. Keep it all stirred. 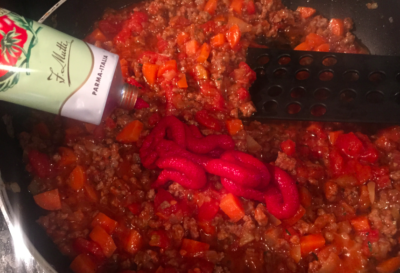 Grate the parmesan and throw the pasta into the water to cook. Depending on what it says on the packet it should take between five and eight minutes to cook. And I know it sounds bloody obvious, but don't overcook it – there really is no better way to ruin the whole fucking dish than stodgy overcooked pasta. 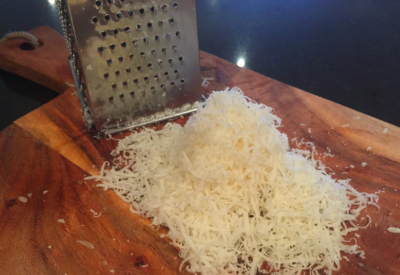 Season the sauce up with a nice amount of salt and pepper. It should be thick, rich and wonderfully tomatoey at this stage. 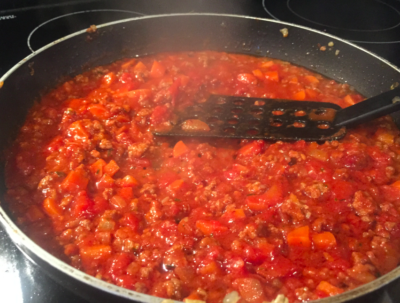 Strain the pasta. Even an idiot could do this part, in fairness. 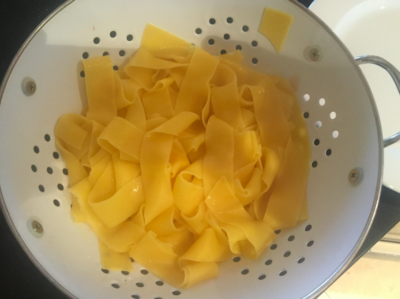 Lash a big healthy portion onto the plate and top with the grated cheese. Like I said the best thing to do with this recipe is make a massive pot and use it for a few meals during the week or even freeze the sauce. De-fucking-lish! 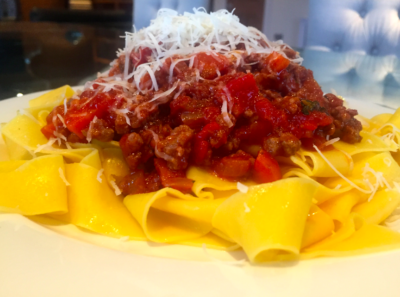 I love making a big pan of this and eating it for a few days; its one of those things that tastes even better as the days go on. There's nothing complex here, no big fancy ingredients or mad skills needed. Just a nice simple classic dish that tastes fucking awesome when done right and, which you've now mastered. Get stuck in!