Its that time of year where the stuff that we eat moves from big heavy stews and soups towards salads and lighter meals.

On the whole, salads can be pretty boring though – so I decided to come up with a recipe that is wholesome, easy to prepare and which will wow a few mates. A mini chicken is actually called a 'poussin' but if I put that in the headline not many people would know what it was.

Essentially it's tiny, and tastes the same as chicken, but as you'll see it roasts in no time at all. Get stuck into this, absolutely whopper...

The ingredients are pretty simple, with two exceptions. You'll get a poussin in most butchers, some speciality shops and the odd supermarket. You could use a chicken in the exact same way, but it'll take much longer.With the pomegranate you can get the whole fruit or even better get the ones that are already prepped like I did. It's a fuck-tonne of work to prep them so take the easy option. 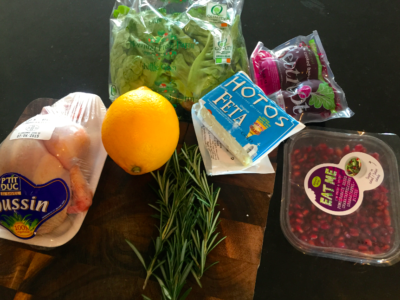 Grab the bird out. It's essentially a small chicken. We want to smash it 'flat'. Now there are fancy chef ways to do this but I like to keep it simple. Grab the biggest, heaviest pan you have. Smash down on the breast bone and flatten the bastard. Couple of quick hits will do it. It is never going to be perfectly flat. This is just to help with getting the skin super crispy and to cook it quicker. 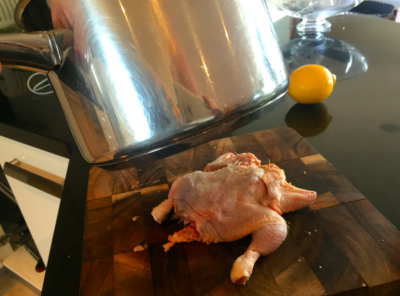 When done it should look something like this. Smashed! 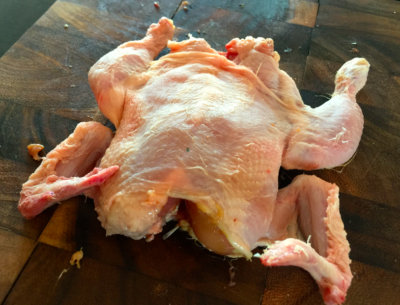 Pick the rosemary leaves off and lash them onto the bird with a little olive oil and some salt and pepper. You'll also want to throw the lemon zest onto the bird. 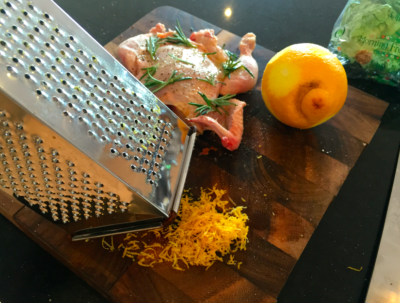 Smear it all over the poussin and lash a bit on the inside. Get a good couple of fingers in there and rub it around. 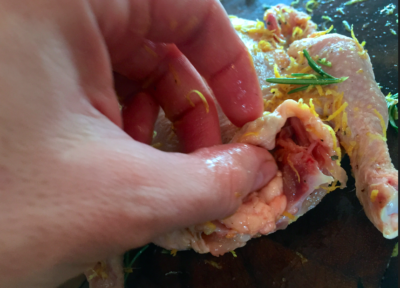 Next up is a smoking hot pan to sear the bird. I'm using a chargrill pan which is ideal but a nice frying pan will do too. Lash it in with a little oil. 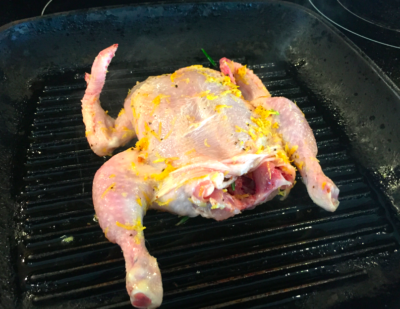 Get the skin nice and brown on one side and then flip the bastard over and do the same on the other side.Cut the beetroots in half and throw them into the pan too. Use the cooked ones rather than starting from scratch as prepping them is a massive pain in the hole that takes forever. 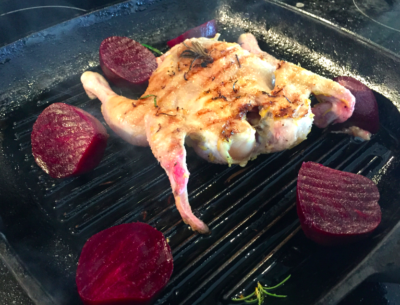 Now throw it into the oven at 200C. Because it's so small and you bashed the shit out of the poor fecker, it won't take more than about 12-15 minutes to cook depending on the oven. 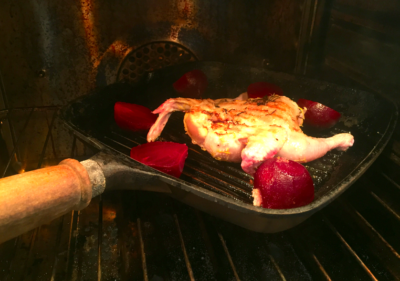 Pick the salad leaves and give them a wash and dry. 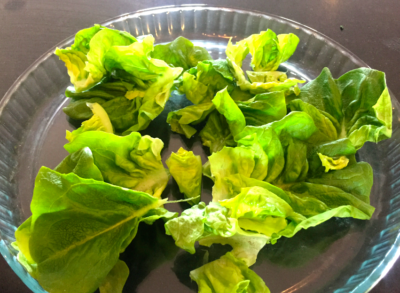 Lash in the pomegranate and crumble in the feta. Big dirty squeeze of lemon next. Do this all at the last minute, by the way, as there's nothing worse than a limp salad (limp anything really). 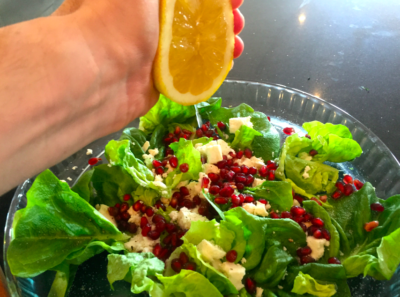 Last of all, give it a good splash of olive oil and toss the whole thing up using your hands. 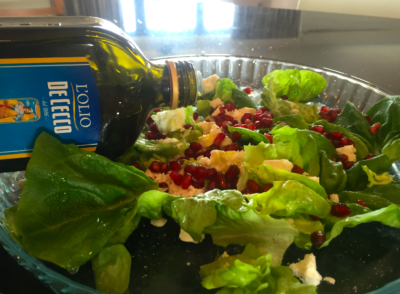 Whip the bird out of the oven. You could do some fancy carving stuff but I'd rather throw it on the table with the salad and let people pick away at it themselves with their hands. Way more fun. 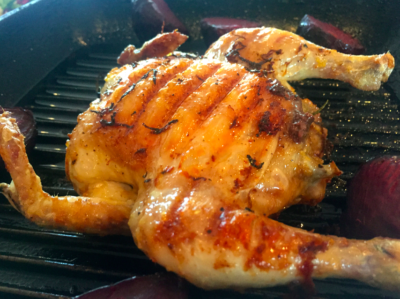 And there you have it. All the flavours are absolutely savage and this is the perfect summer salad. The real deal and, as always, absolutely fucking delish. 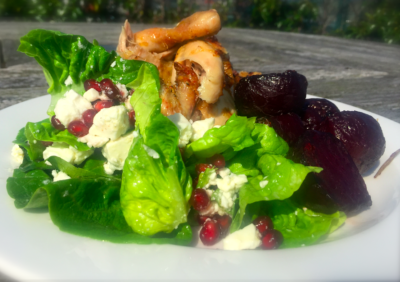 The best thing about this salad is that there are only seven ingredients in there. When you eat it you also feel proper full rather than looking for more food 20 minutes later, as is the case with most salads.

Get stuck into this recipe and you'll never think of salads in the same way again! Boom

10 Simple Salads To Make This Week For Some Healthy Lunches

Sexy Eggs - The Healthy Weekend Recipe For Her