When it comes to good cooking and great food, comfort food is hard to beat.

It fills you up, reminds you of home and does what it says on the tin – comforts!

When it comes to flavour, cuisine from the Deep South packs a serious punch. So we've teamed up with Fire & Smoke to explore the best culinary offerings of six Southern US states, which you can recreate at home.

Today we're heading to Tennessee, and giving you one of the best hash recipes to ever emerge from the Deep South.

Tennessee is home to the heart of country music, Elvis Presley’s Graceland, the rock 'n' roll pioneering Sun Studio and the infamous blues clubs of Beale Street. Now we know its world-class for music, but what about its culinary exports?

Tennessee is a bit of a delicious melting pot, as it draws culinary inspiration from all of the surrounding states, and is famous for its sweet BBQ sauces. We've used Fire & Smoke Tennessee Style BBQ Smoked Turkey in this hash recipe as its collection of strong flavours really pulls the dish together.

Tennessee is the place to be for quality BBQ and 'stick-to-your-ribs' homestyle cooking. However, if you think the state's cuisine is all on the casual side of dining, think again. Many talented chefs call Tennessee home and their restaurants offer up some classically Southern dishes with a high end twist.

The state is also home to many food festivals including the Memphis In May, a month-long celebration of music, food and local heritage. This festival includes The Beale Street Music Festival, World Championship Barbecue Cooking Contest and The Sunset Symphony. The festival attracts more than 60 artists each year over four stages, and have included the legendary Aretha Franklin, Santana and Lou Reed in the past. 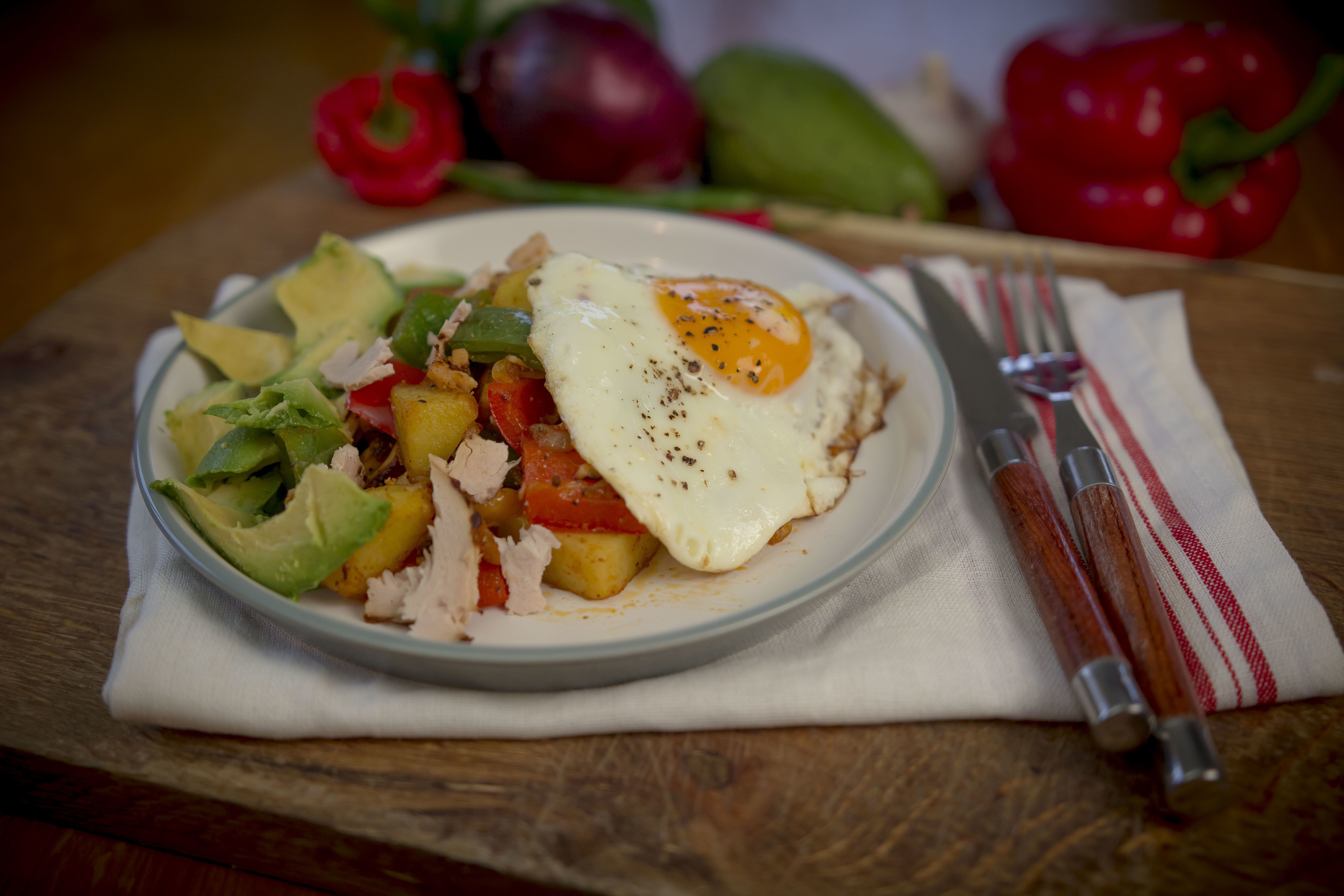 Time for a trip to Tennessee?

Par boil potatoes for about 3 minutes

Add in potatoes, seasoned with salt and pepper and sautee for 7 mins, turning 2 or 3 times. Then set them aside in a bowl.

Turn the pan down to a medium heat and add the rest of the butter to the pan and melt.

Add in the white onion, salt, a mix of red and green peppers, as well as a little paprika and garlic powder. Cook for 1–2 mins until the veg is soft.

Add in Fire & Smoke Tennessee Style BBQ Smoked Turkey along with your potatoes and toss. Here's your hash.

Fry your egg in the pan, keeping your yolk runny and serve on top of the hash sunny side up!

Tennessee cooking, in the comfort of your own home – you can thank us later.

This Cheesecake in a cup only takes ten minutes to make