The prospect of cooking on a Monday is a pain.

You get in from work exhausted and you don't want to lose your precious free time by cooking for hours. Although takeaway is an option, it can be expensive and unhealthy.

But never fear, because once again we've got you covered with these epic 10 minute pork noodles. Cracking eat as well...

The only ingredient you might not know is the pork fillet. The good news is you'll get it in all supermarkets and butchers. Because it's not used much, it's cheap as chips and just as tasty. 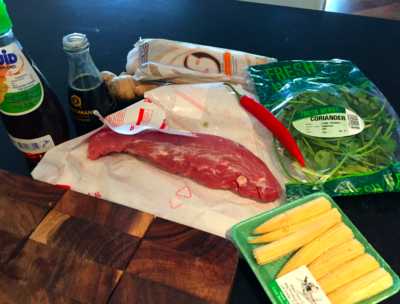 Chop the garlic, peel the ginger and cut it into long slices. Leave the seeds in the chilli if you want a savage kick to the dish, but if you prefer it milder then scrape them out. Lash in the noodles to a pot of boiling water. Don't cook them for longer than 5 minutes. 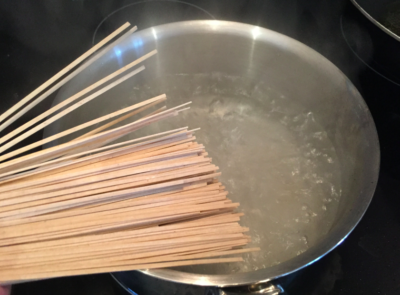 Lash everything you chopped up into a wok or large frying pan with some oil. Good high heat here so it cooks quickly. Pull the pork out. It should be perfect, but if there's any fat or sinew on it, trim that off. Slice it up into thin pieces. If you're lazy, you could buy it pre-sliced or ask the butcher to do it for you. Lash it into the wok. The other stuff should smell amazing at this stage. 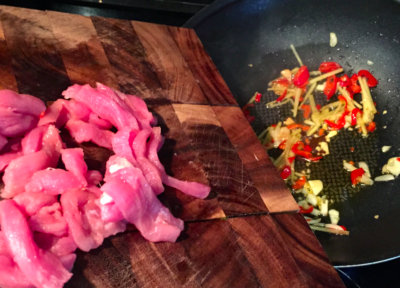 Keep it tossed up and if anything, crank the heat up even further at this stage. 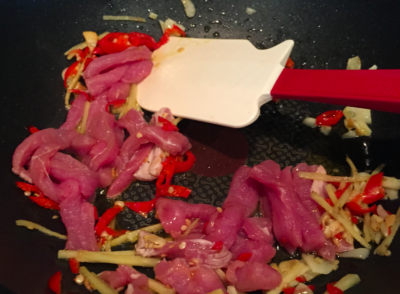 Slice up the corn and roughly chop the coriander. 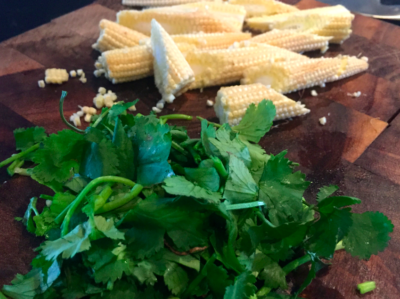 Once the pork is browning up, lash in the corn. 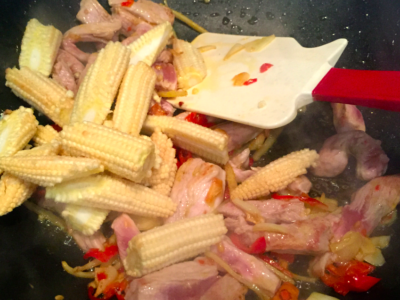 Throw in a small amount of fish sauce and lash in a tonne of soy sauce. Lash the noodles into the wok after you've strained them. Throw the coriander in at the very last minute, to keep it nice and green. 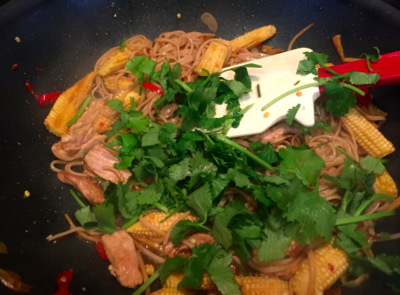 Whip it all off the heat and throw the whole thing onto a couple of plates. Couldn't be easier. If you're smart (and we're sure you are), you'll make enough for a couple of nights in one batch so you don't have to cook the following day either. Or lash them into a container and take them to work the next day too.

Cooking should always be this simple, tasty and, crucially, quick.