Chances are you'll be familiar with bruschetta having had one of two versions in an Italian restaurant. Generally you end up with the cheap nasty type with raw tomatoes and frozen bread, but very occasionally you receive bruschetta that is so perfectly authentic it's almost like you are tasting Italy in your mouth.

Because I'm such a fan of the dish when it's done well, I wanted to create an Irish take on it, so here we go...

So I love Boilie goat's cheese which you'll find in most supermarkets, but to be honest any good Irish goat's cheese will do. The rest of the ingredients are pretty standard stuff, try to get ripe tomatoes if at all possible. Slice up the shallot and dice the onion roughly, it's a rustic dish so no need to be precise! 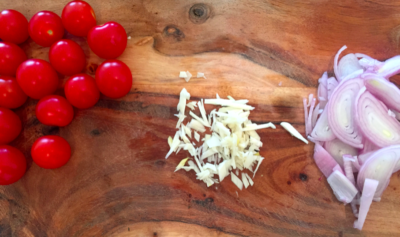 Lash the garlic and shallot into a pan with lots of olive oil. Sweat them off over a medium heat for about 5 minutes. 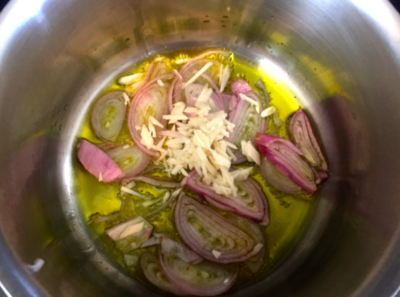 Lash in the cherry tomatoes. 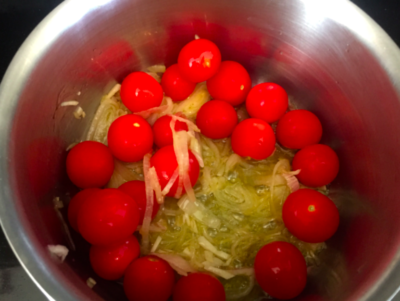 While they are cooking slice up the bread. Get a good big hunk of bread that won't fall to shit when you cook it. Use a wooden spoon or spatula to smash up the tomatoes a bit. The heat will do the rest naturally, but just burst them a bit beforehand, without letting them to go to mush. When they start to thicken up whip them off the heat, and fuck in a little salt and pepper. Chop the woody ends away form the asparagus and just leave the tips. 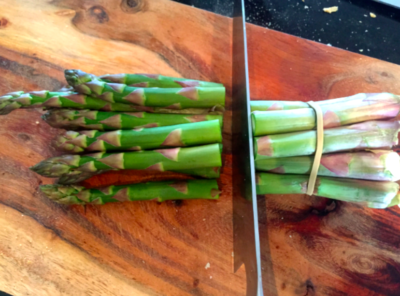 Lash a load of oil, salt and pepper onto the bread and asparagus, and toss them around in it. A good olive oil works best. Put on a large chargrill pan or a frying pan and throw in the asparagus on a high heat. 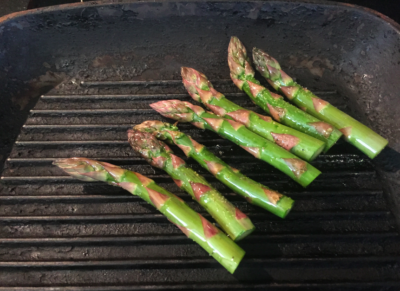 After a couple of minutes flip the asparagus a little and throw in the bread, leaving it to cook. 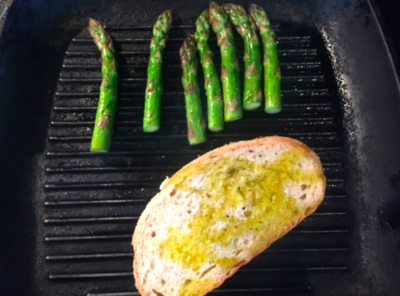 After about a minute the bread should be starting to take on the line marks - perfecto! At this stage take a handful of the rocket and throw it into the tomato sauce. Mix it all up. Now the next thing is to whip the bread off the heat and start building this beauty. Lash the tomato and rocket mix on generously first. 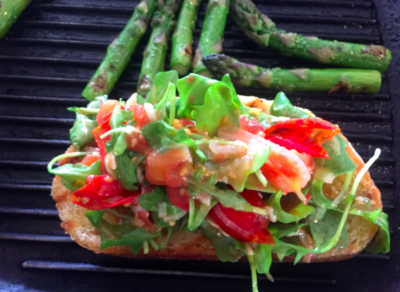 Next throw on the asparagus spears and the cheese. Then you have to throw the whole thing in the heat to melt the cheese - you can use an oven at 200C for 90 seconds or else put it under a hot grill for the same amount of time. Serve it straight up to the table. Cutlery is optional but I'd just tear straight into it! Bleedin' delish! 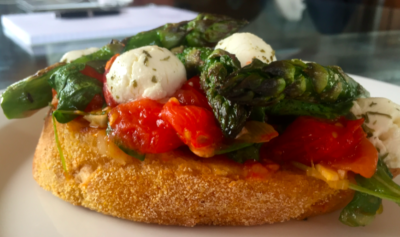 This works perfectly as a tasty little starter for a dinner party or as a lovely dinner on a sunny evening.. Get stuck in!