You'd think a chef would have their shit together when putting recipes together. I normally do for these recipes, but this started out as a shambles. One of those days where you forget to buy half the ingredients you went for, and come back scratching your head wondering where it all went wrong.

We've all been there. Admit it.

I started cooking this dish with no idea how it would end up, and literally making it up as I went along – and I couldn't believe it at the end as it actually turned out to be one of the nicest things I'd ever cooked. The shambles of my shopping actually pushed me out of my comfort zone, and the result is a quick 20-minute stew that tastes absolutely fucking incredible!

The beauty of this dish is you'll more than likely have at least two or three of the ingredients at home already anyway. Thank goodness I did... 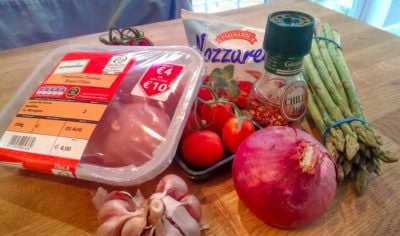 Start off by peeling the garlic. If you can't complete that step, then you should probably give up now. 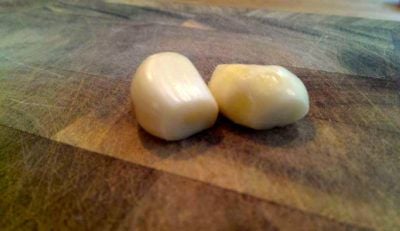 Chop the shit out of it and make it as small as possible. 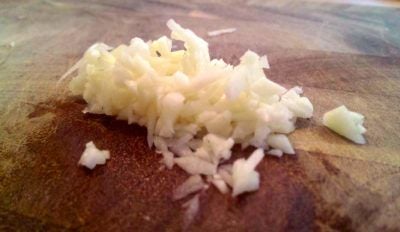 Now peel the red onion and slice that up as small as you can. 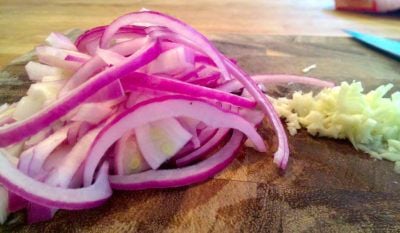 Get a decent-size frying pan and stick it on a medium heat. Lash in a good whack of olive oil. 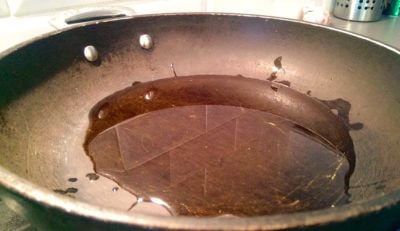 Lash in the onions, garlic and a fuckload of chili. If you don't like spice go easy, but the whole point of this dish is that it has a nice little kick. Be brave. 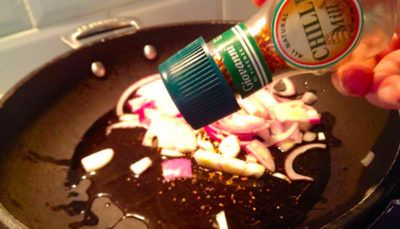 Grab your chicken fillets out and place them on a nice clean chopping board. 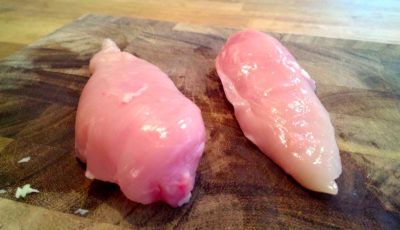 Slice the chicken in to nice thin pieces. This will help it cook quicker. 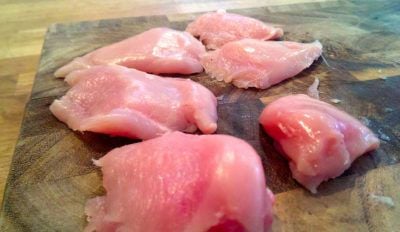 The key to cooking good meat is giving it some nice seasoning. Fuck a load of salt and pepper on to the meat. 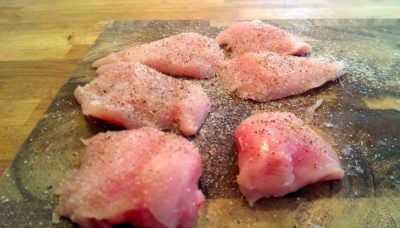 Your onions and garlic should be sweating away in the pan and smelling fucking delicious. Just don't let them burn. 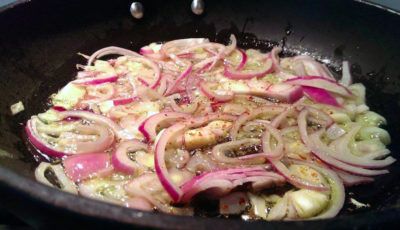 Lash in the chicken breasts. 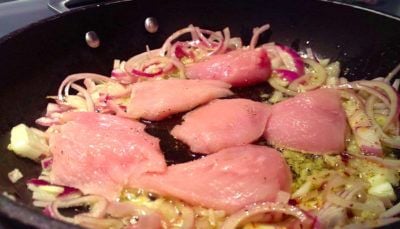 Chop all the tomatoes in half. They'll make the sauce. 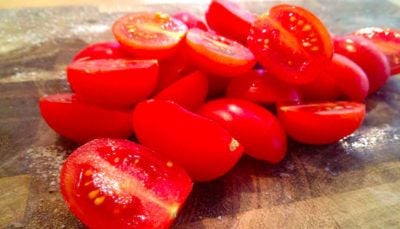 When the chicken's been cooking for a couple of minutes lash in the tomatoes. 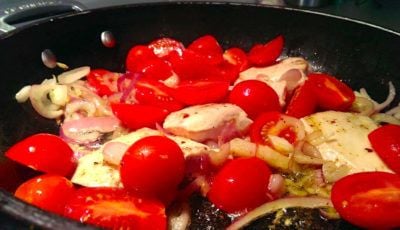 Cut the asparagus in half. The spears are nice and tender so set them to one side. 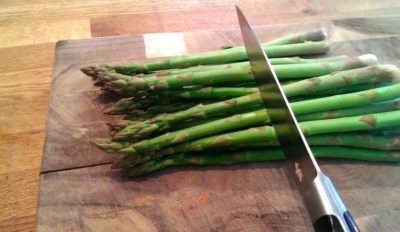 The woody thicker parts need to be cut in to nice little round pieces. Leave the stalks whole. 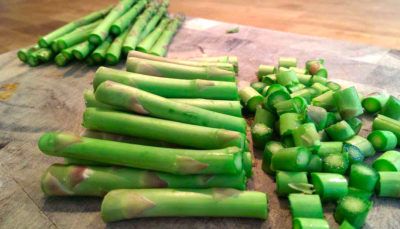 Smash the shit out of the tomatoes with a spatula or spoon. This will speed things up for you. 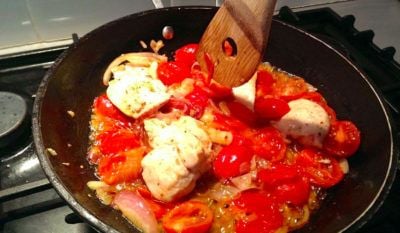 Lash in the round parts of the asparagus 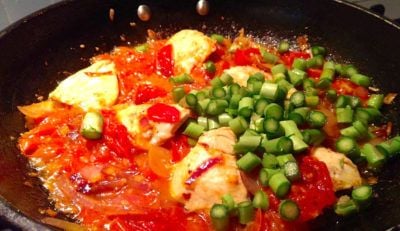 About a minute later fuck in the spears and give it all a good stir. 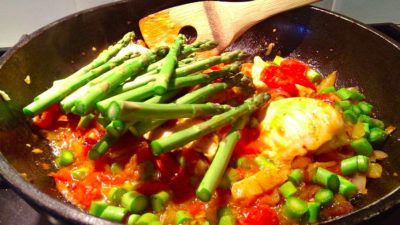 Keep everything on a medium heat and lash a lid on to the frying pan and cook it for another couple of minutes. 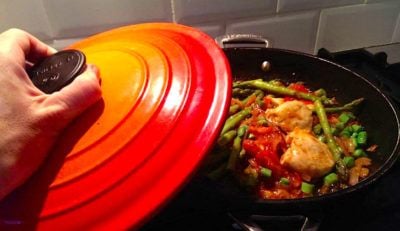 Get your cheese out of the bag and strain off any liquid. 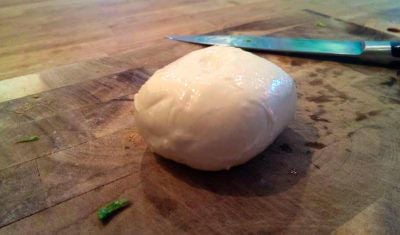 Slice it in to six pieces that will match up with the chicken. 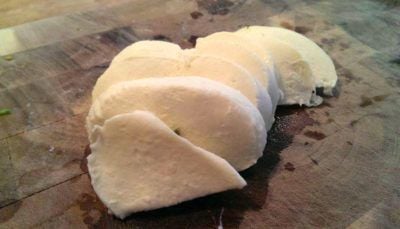 Whip the chicken off the heat and spread it around evenly 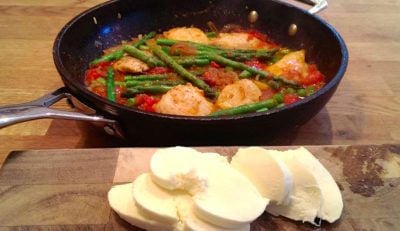 Place a slice of cheese on top of every piece of chicken. Then slam it under the grill for a couple of minutes to melt the cheese. 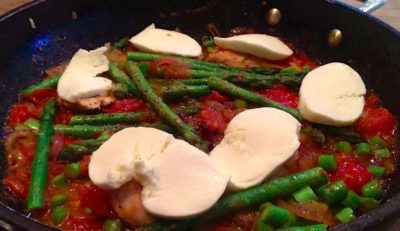 It should come out looking like this and packed full of flavour. Serve it up straight away. 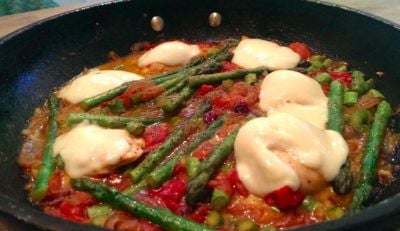 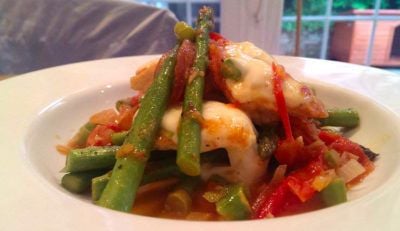 So there you go a dish that looks like it takes hours to prepare but actually ready in less than 20 minutes. It's packed full of flavour, has no carbs in it and has a wicked little kick at the end. The best things in life are always the things that happen randomly and that is what happened here. Luckily I've discovered a little classic by accident and you get to benefit from it!