We've seen spuds served the same way for decades right? Roasted, boiled, chips, baked etc? Same old fucking shit every time. Well I happen to think that they are one of the most versatile ingredients going and with cash tight at the moment for most people in Ireland as they wait through the longest fucking month of the year to get paid I wanted to come up with something cheap and tasty as fuck. Introducing one of the tastiest baked spuds recipes you'll ever try. Go on give it a lash!

The ingredients are cheap. Cheese it up to you, get something you like. A mature cheddar works great First step is super simple. Fuck the potatoes onto a tray and lash a little oil onto them and cook in the oven for 45 minutes on 180C. While the cook go do the washing or something 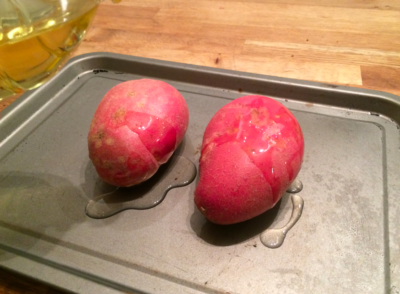 Grab the Chorizo out. I like a spicy one to liven things up but up to you what you get 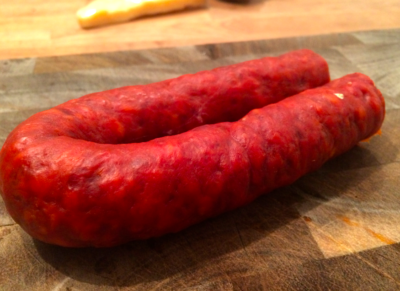 Chop the bastard up into small pieces Peel the red onion. Not going to tell you how to do that. Pretty fucking simple in fairness Slice the bastard into even sized pieces 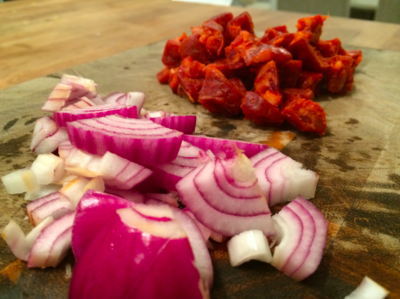 Lash in the onions and chorizo 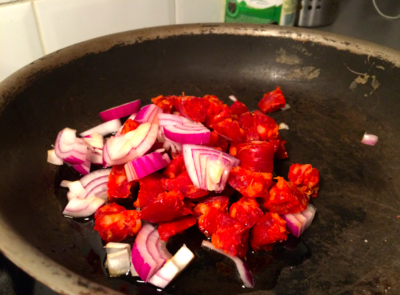 Cut them in half and let the fuckers cool down When they are cool enough to touch and not burn your little fingers scoop them out using a spoon. 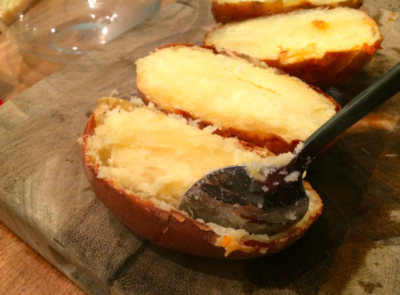 The chorizo and onions should be exuding (what a douchebag word that is!!) flavour at this stage. Fuck in the spuds that you have scooped out 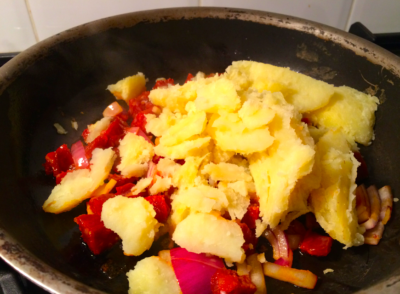 You'll be left with some of the potato skins looking like this. 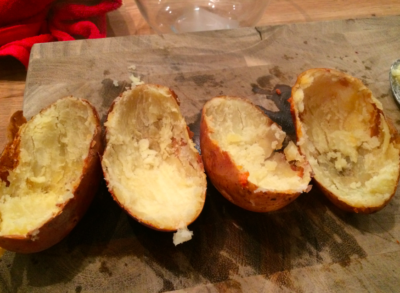 Mix the spuds, chorizo and onions together gently 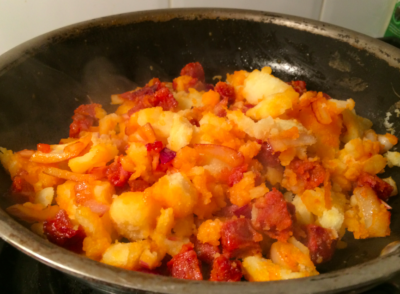 Lash in the entire bag of green stuff. This is to be moderately healthy and make it look all pretty and green and stuff 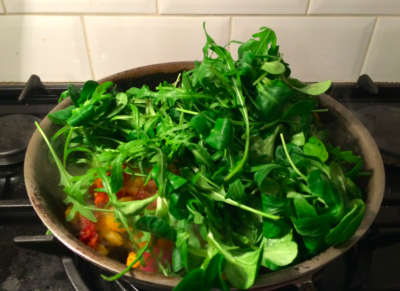 Take your mixture off the heat. All you want to do is wilt the greens down Grate in a good handful of cheese. 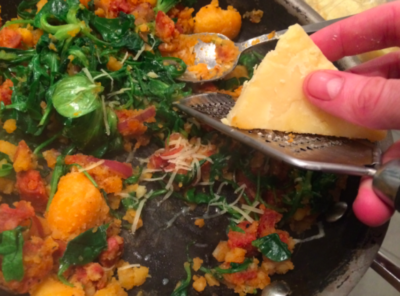 Pick the basil leaves away from the stalks 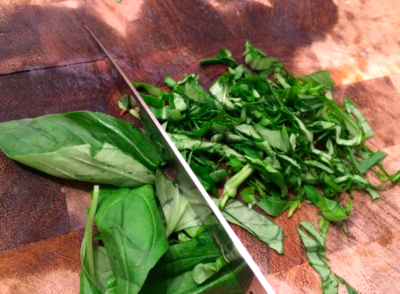 mix the whole thing together. Fuck in a bit of salt and pepper too 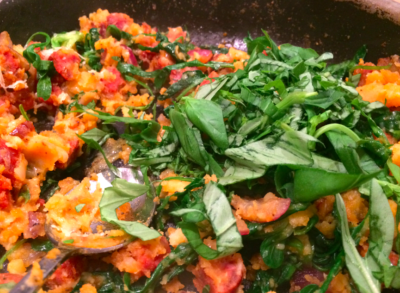 You have the mix and the shells now. Don't need to be a genius to see what is coming next... Split the mix between the skins 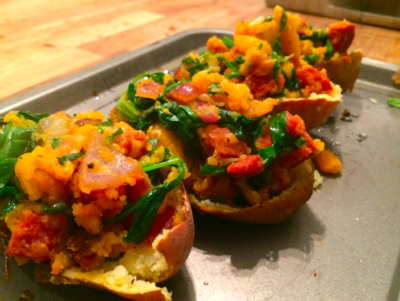 Grate a bit of cheese onto each one and pop them back into the oven for five minutes to heat them and melt the cheese. 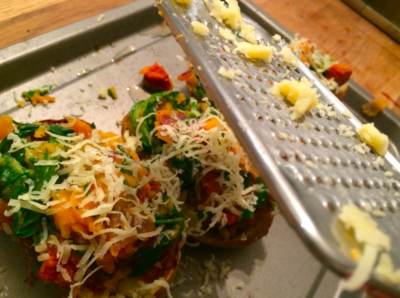 While they are in the oven grab the avocado. Make sure the bastarding supermarkets haven't sold you a dud and that it is nice and soft + ripe. 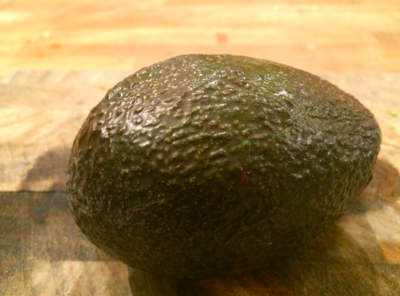 Cut the bastard in half and whip out the stone 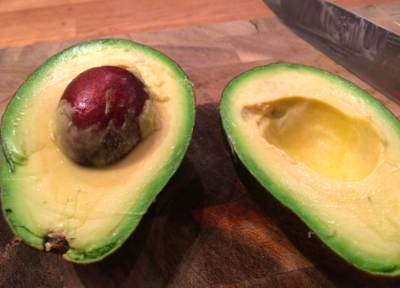 It should be soft and mushy. If it isn't forget it not worth thinking about. Most supermarkets sell more expensive ones that are ripe. Splash out on one of these 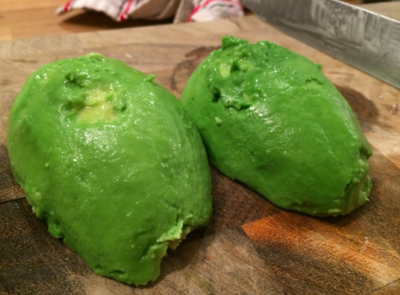 Chop it up roughly. Season up with salt and pepper and a little drizzle of good oil or even lemon if you have one handy. 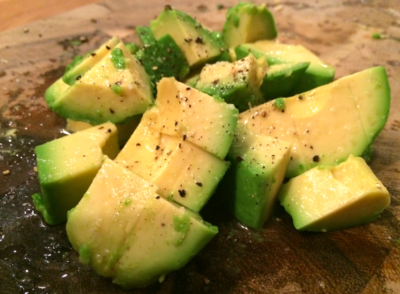 Grab the spuds out of the oven 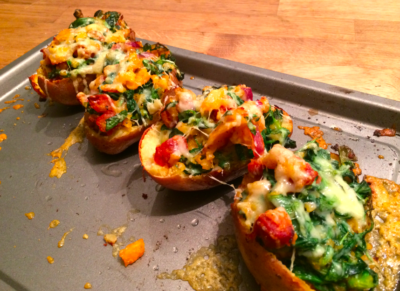 Place them on the plate. 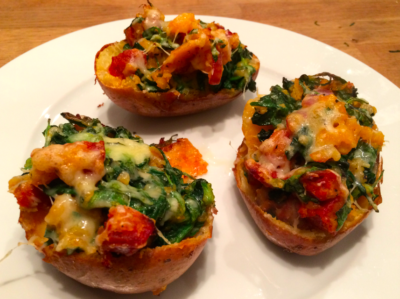 Big generous amount of avocado in the middle and you are fucking laughing. Serve immediately 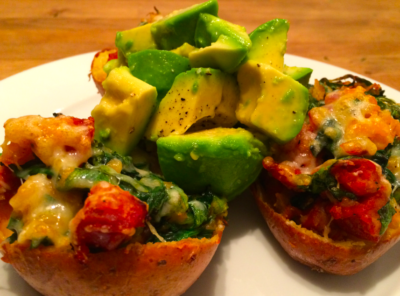 There you go. Couldn't really be much easier than that. Spend about a tenner and double up all the ingredients and you'll have enough to feed a good five or six of you. This is the perfect sort of food to prepare for watching a big sports event or a movie on the telly. Comfort food that is as tasty as fuck. Go on grab some spuds and get cooking.