We know that eating protein after a work out is the quickest way to help the muscles replenish themselves, but the problem is that most people just grill up a couple of chicken breasts, have a shake or eat some shitty nuts. Well fear not because we've put together a recipe that is the perfect post work out dish, and is tasty as fuck to boot!

The good thing is the ingredients are pretty easy to get. I would suggest you make enough for 2/3 portions and just save it in the fridge. So nice to have it ready after a work out! 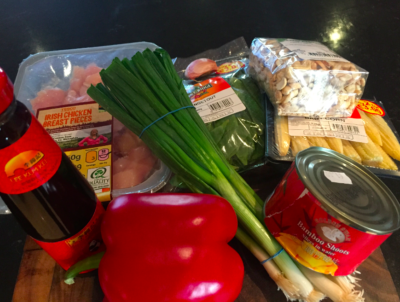 Start with a large wok and some oil. Get it nice and hot and throw in the chopped garlic. Not rocket science so far. Lash in the chicken. Being a lazy bastard I bought mine pre chopped, but you could do it yourself just using a couple of breasts. Turkey would work here too. 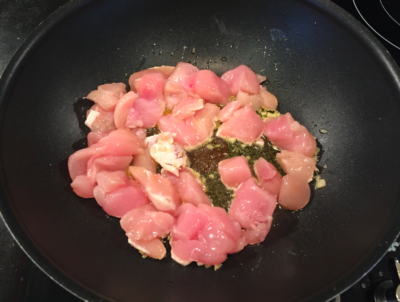 While that is cooking slice up the veg. When the chicken has taken on some colour, and is beginning to get nice and brown on the outside, fuck in the red peppers. Cook the peppers and chicken for a couple of minutes moving them all the time, because you want them to get sweet from the cooking. Next lash in the baby corn. You are literally talking about a minute here to cook them tops. Keep it tossed at all times. 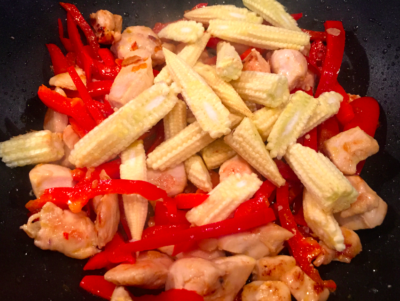 Lash in the mangetouts. You want to keep them crunchy and green so we'll be cooking them for about 30 seconds tops. Throw in the cashew nuts. They are expensive but being full of protein they'll do wonders for you. Don't be shy with them 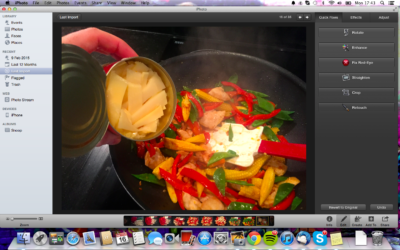 Lash in the bamboo shoots. They are ready to eat so 30 seconds of warming up is all it'll take Fling in the Oyster sauce. Don't be shy with it. A good big dollop of it. It tastes strong, so add in a tiny bit of water if you think it is too thick or too overpowering 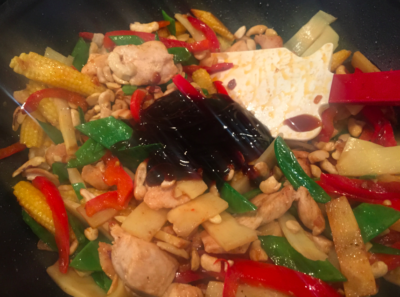 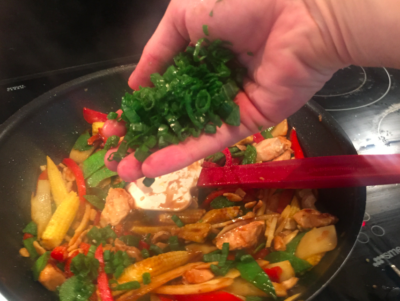 Whip it all off the heat. You'll notice hardly any washing up and ready in no time. Dream dish, this one! 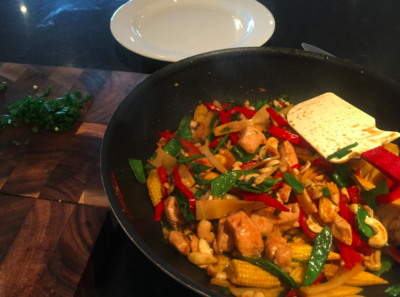 Absolutely delish and one of things that are super good for you but don't taste like boring old dry shite. Winner, winner chicken dinner as they say in the business. 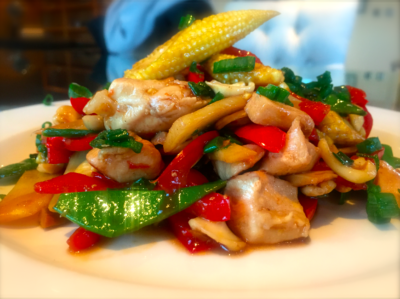 With the chicken, nuts and veg in there you are going to be back feeling like a million dollars at your next workout. You'll also notice there are no heavy carbs in there so you can have a massive portion as well. This is the cleanest, tastiest post gym eating you'll ever do. Lash together a huge pot like I did and you'll have enough for a couple of nights too.