When you think of kebabs you tend to think of the Middle East and some greasy thing you get handed at 3 in the morning after drinking 10 pints on a night out. The word 'kebab' doesn't exactly stir up the most of romantic notions. I reckon it's time to change all that with some top quality Irish ingredients, and a patriotic style flag at the same time.

The ingredients are so simple to find and you'll get most in the local Spar or Centra. Splash out and get some decent lamb as it will make all the difference. Cube up the sweet potatoes, they all need to be the same size so they cook at the same speed. Fuck them into a wok with some olive oil on a nice even heat. Keep them moving at all times. Slice up the meat nice and thinly so as it cooks quickly. Don't be scared to leave a little fat on there as it helps with the flavour, and a bit of fat never killed anybody. When the sweet potato is starting to soften up, lash in the lamb. 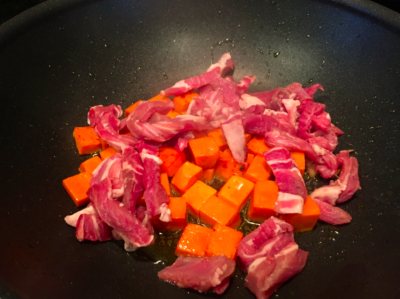 Make the sauce by squeezing the lemon into the yoghurt, this bit isn't really rocket science Lash on a pan and fuck the pita breads in on a nice low heat with a little drizzle of oil. All you're doing is heating them up and softening them a little bit. 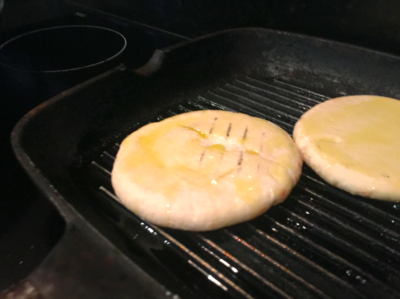 Thats all the cooking happening now. The lamb should only take a couple of minutes - it's the quickest kebab ever, this one! 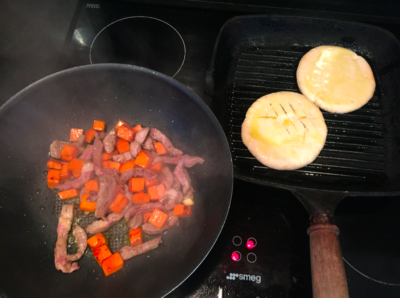 Slice up the salad - I'm using baby gem but you can use whatever you have! Something green basically! Peel and grate the carrots, again you don't need to be Gordon Ramsay to get your head around this! When the lamb is cooked and the sweet potato soft, fuck in a good lashing (technical term) of the harissa sauce and take it all off the heat immediately. You'll see that the sauce thickens up naturally and you have a delicious filling now. 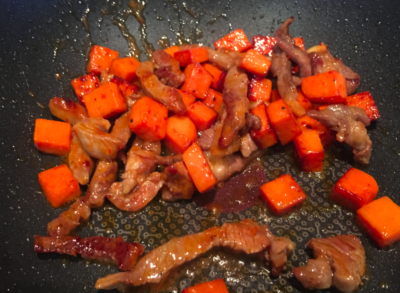 Flip the pitas over so as they toast evenly on both sides. Now that you have everything to assemble the kebabs, this is the fun bit! Get the kids involved if you have any. 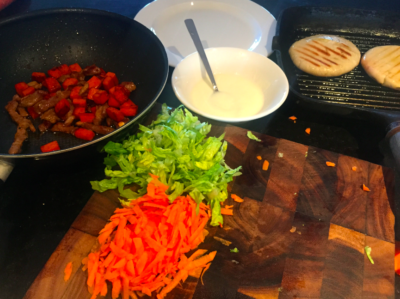 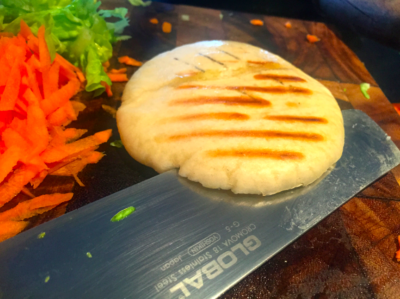 Lash on another bit of sauce, if you like it nice and hot. Throw the salad, carrots and yoghurt sauce into the bread and then top it with loads of the meat and potatoes. Don't be shy at this stage! There you go! You are not going to get a quicker, more healthy kebab than this. 'Lash it into ya Cynthia!' The thing I love about this dish is that it is ready from start to finish in less than 15 minutes, and it's essentially just a meal in a pita bread. You also tend to think that kebabs are bad for you but with lots of veg in here you can eat it without feeling any guilt, and leave out the pita if you're trying to avoid carbs. Give it a go - this recipe is absolutely whopper!