With the weather heating up I wanted to come up with a simple dish that matched the weather but that was super easy to make..

This recipe works on a BBQ or a chargrill pan like I made it here, as always the key is in the ingredients - so make sure to buy some big fat juicy prawns.

Go to a fishmonger for the prawns if you can, the quality of the prawns will make a world of difference to the dish. 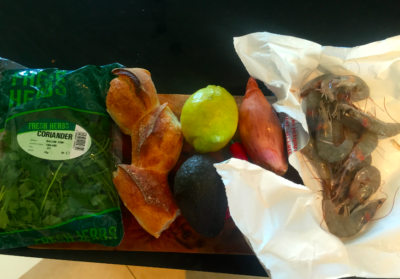 Peel the avocado - go for one of the 'Ready To Eat' ones because the whole dish will taste shite if the avocado is rock hard. Chop it up into evenly sizez pieces and squeeze half the lemon over it. This stops it from going a shitty brown colour and will also add to the taste. 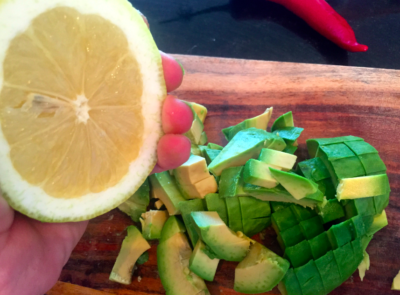 Chop one of the red chilies in half, I always leave the seeds in for a good extra kick - it makes the dish what it is! Chop up the coriander, I usually put the stalks in too because it's a soft herb. 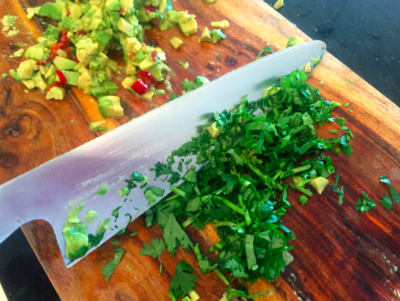 Lash that into the avocado mix with a good sprinkle of salt and pepper, seasoning is important because it helps draw out the flavour. 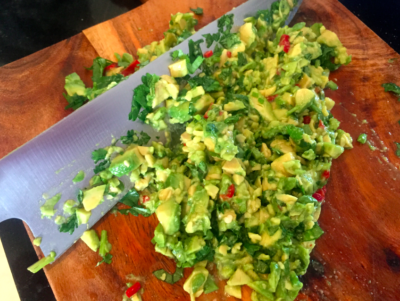 Next up slice the shallot into nice long strips. 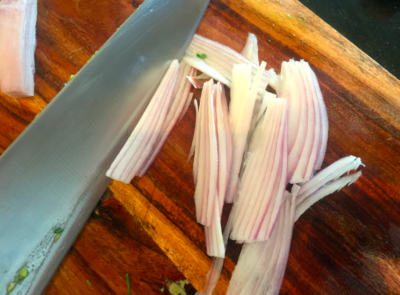 Do the same with the remainder of the chili and the garlic. That's the prep pretty much done and it's time to get cooking now! 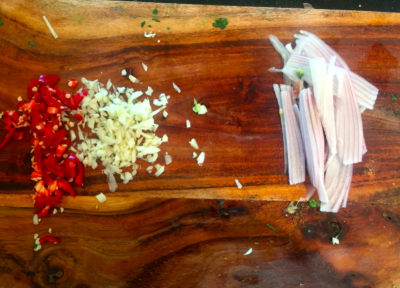 Lash a bit of oil onto the prawns along with some salt. Cooking prawns couldn't really be simpler and there is no need to make a fuss out of the process. Make sure you have a piping hot pan (or BBQ) and just throw them on. Don't move them, play around with them or do anything else. 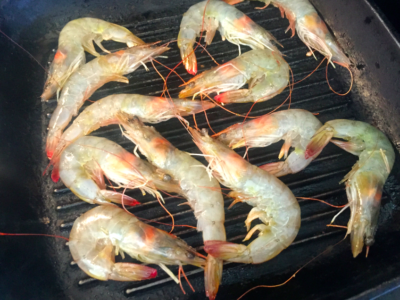 After about minute or so you'll see them starting to turn pink. Flip the bastards over. Cook them for another 30 seconds before throwing in the shallots, garlic and chili. 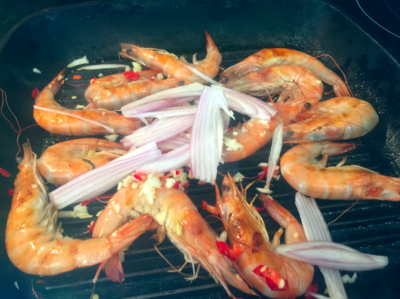 Throw in a good glug of oil now too just to help with a little bit of the sauce. You can start flipping the pan around like a professional chef if you want. 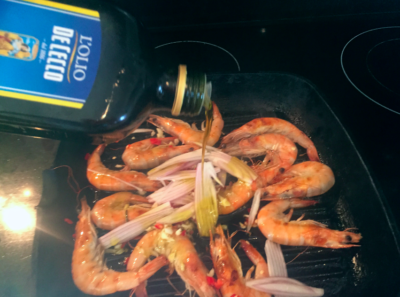 Finish the prawns by squeezing in the remainder of the lemon and whip the bastards off the heat. Pop the prawns in a bowl on one side and quickly chargrill the bread. You can add a bit of oil if needed, just make sure the amazing sauce from the pan soaks into the bread. Lash everything on the sideboard ready to plate - that didn't take long did it? Smear the avocado onto the bread - don't be shy with it. You'd probably pay a good €10-€15 for this sort of portion in a restaurant, but it'll probably cost you about that for 3-4 people making it at home. Give this a bash - you'll be hooked! 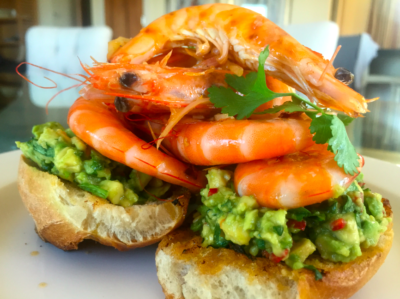 This tastes absolutely fucking divine, and I just love how little prep time and washing up is involved. Throw it together, grab an nice cold glass of white wine and sit out on the balcony pretending you are in the south of France or Spain.

Chances are it'll be pissing rain again over the weekend so get on this immediately!