I think we can all agree that brunch is easily the best meal of the week, but while there are hundreds of great places you can now eat it in Dublin, sometimes one of the best places to eat is in the comfort of your own home.

I wanted to create a recipe that was a pimped out lunch but which anybody could make, that's a step above the traditional breakfast and something to wow your mates with.

Check this bad boy of a recipe out, it's off the charts good...

All of the ingredients are super simple to find but the key here is to buy some really good bacon. You'll find back bacon in a high end butchers, and the same with the sausages. I went with black pudding and thyme sausages but you'll always find something special in the local butchers. 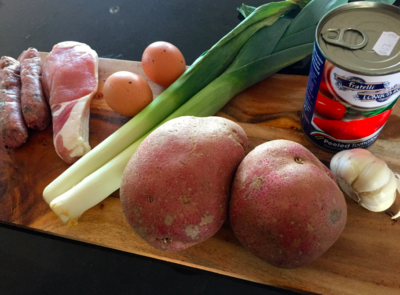 Peel the potatoes and fuck them into a big pot of water and bring them to the boil. 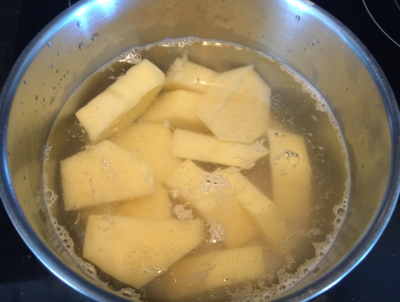 The tomato sauce is super simple to make. Start with gently frying some garlic in olive oil, nice and slowly. 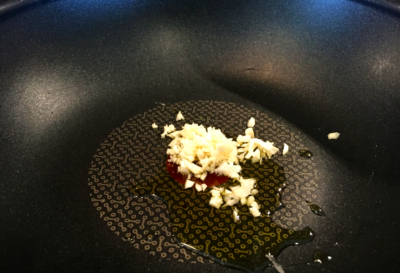 Next slice the leeks in half. They'll often have sand, grit and general dirt in the layers so get them under running water and give the bastards a really good wash. 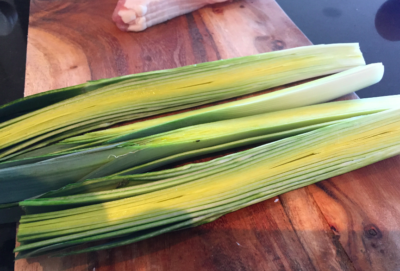 Lash the tin of tomatoes in with the garlic. 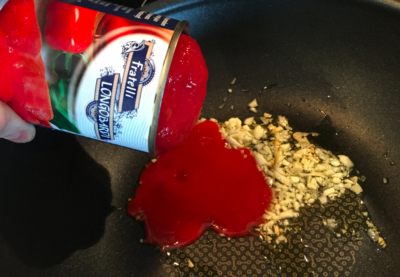 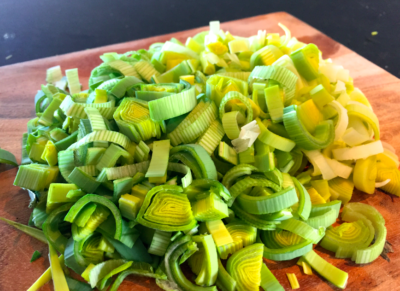 Throw them into a pot with olive oil. You'll immediately get the most amazing aroma from them. They really are one of the most underused and unappreciated veg. 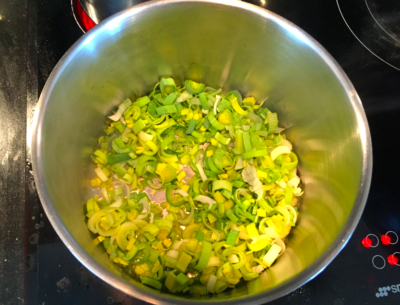 When the leeks are nice and soft take them off the heat and throw them in with the strained potatoes (which should also be nice and soft). 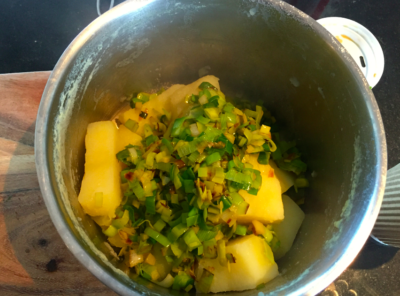 Mash them all up together and add in a good bit of salt and pepper to taste. 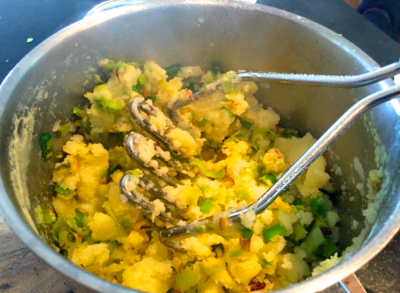 Throw on the sausages first. You could pop them under the grill but I find the frying pan easiest to keep an eye on everything. 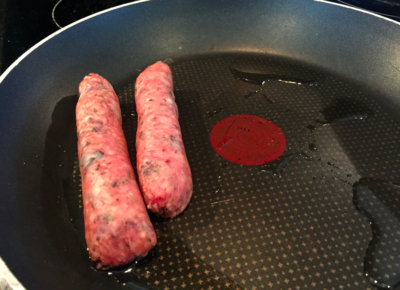 The tomato sauce will have come together on it's own after about 10 minutes of cooking. We want to keep it nice and rustic so just bash it up with a whisk to take any lumps out of it. 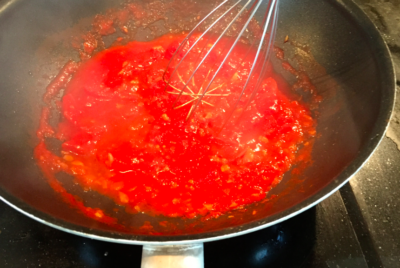 Throw on the bacon on a nice medium heat. 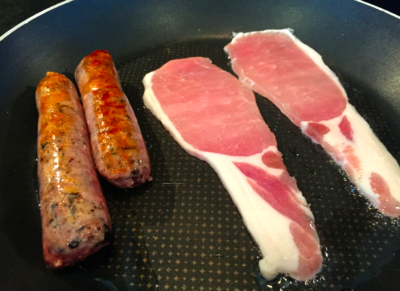 Scoop out the potatoes once they have cooled down a little and pop them onto the chopping board. 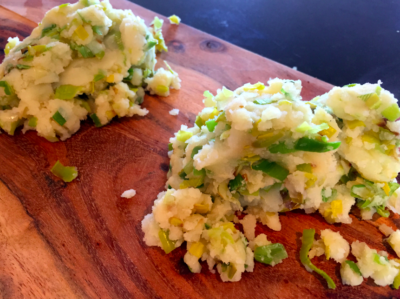 Make them into little cake shapes using your hands to mould them. 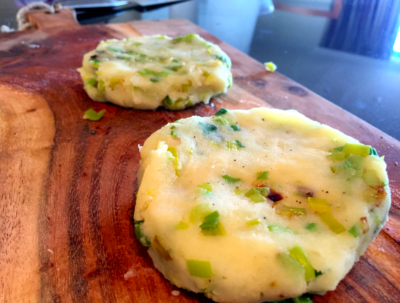 Lash them into a frying pan with a small bit of oil to brown them up on both sides. Be careful flipping the bastards as you want to keep that nice shape on them. 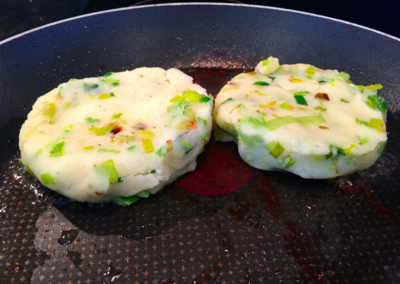 Throw in a couple of eggs to fry up alongside them. At this stage you have done all the cooking and it is time to start assembling. 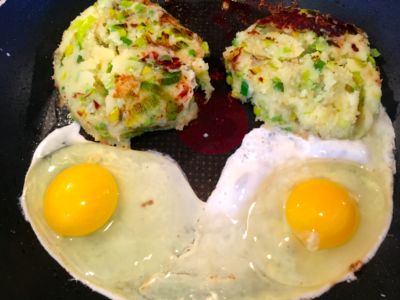 Lay everything out piping hot and call the troops. Chances are they'll already be in the kitchen with the smell of everything. 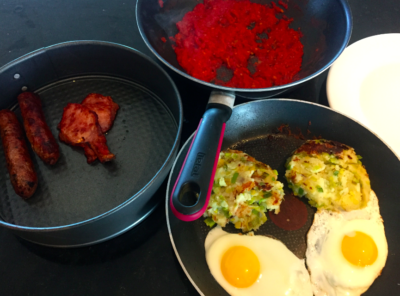 Lash the tomato sauce on first with the potato and leek cakes sitting on top. 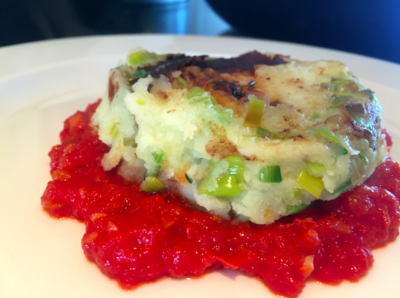 Pile the bacon and sausages up into a neat little pile, at this stage it should be starting to look way better than anything you'd even get in a restaurant. 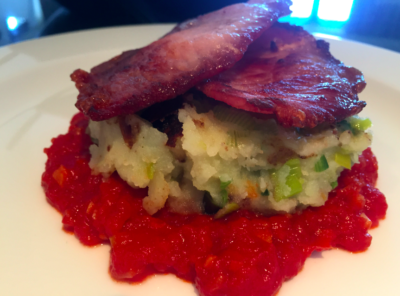 Lash the egg top and bring it to the table immediately. Wow! 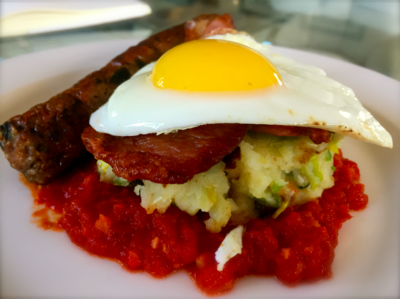 You won't believe how good this tastes until you sit down and eat it. A lovely big glass of fresh OJ, the weekend papers, some shitty weekend TV on in the background and away you go! Spend a little extra on good quality bacon and sausages and make it for somebody special and watch their faces light up as they enjoy every single mouthful!