We've done slider recipes in the past, but this one takes it to another level.

This has got a serious kick to it, with some deadly juicy sauce to cool it down and savage meat as well.

Genuinely one of the nicest things I've ever eaten, if I do say so myself...

You'll have quite a few ingredients in the cupboard already I'd say. Just buy some good quality harissa sauce. You could make it from scratch, but fuck that, this is a quick meal for mates we're trying to make here. 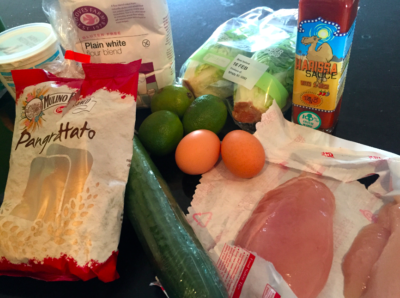 Grab half the cucumber and peel it. Take out the watery seeds in the middle and then dice it up into nice chunks. 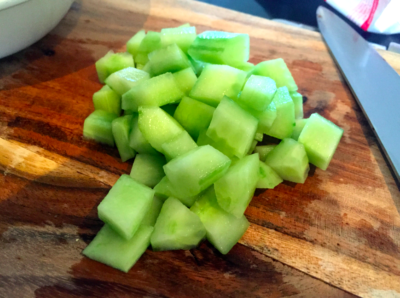 Lash them into a bowl. This is the sauce that will cool down the harissa. 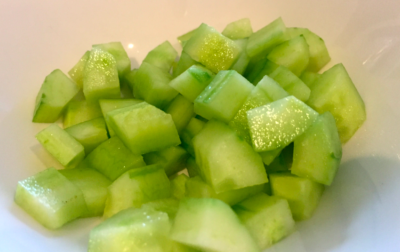 Slice up the mint as thin as you possibly can. Lash that all into the bowl with a small amount of yoghurt and squeeze in the limes. Strir the whole thing together and set it to one side. 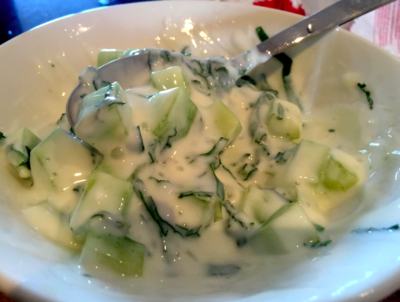 I'm using baby gem lettuce, but whatever you have. Something crunchy works best. 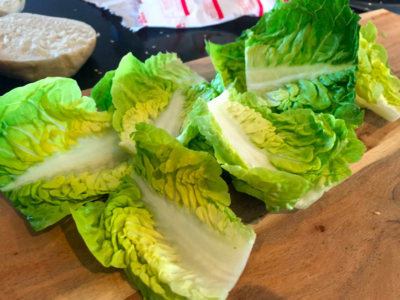 Pull the breasts out and slice them up a little, so they're thinner, thus making them quicker to cook. Now we want to coat them in breadcrumbs, so start off by lashing them into the flour. 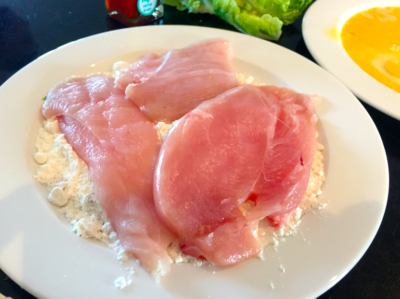 At the same time, have a plate with egg beaten up and the last one with breadcrumbs. You can use this process to cover anything in breadcrumbs from meat to fish or even veg. 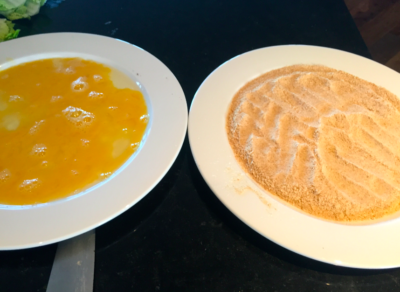 After you have dipped it into the flour, throw the breasts into the beaten eggs. Swirl them around so all is evenly covered. Then throw them into the breadcrumbs and do the same thing. 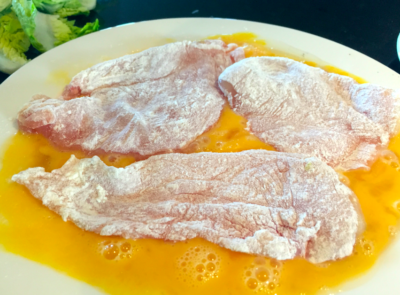 Whip them out, lash on a bit of salt and you're ready to cook them up. Lash on a frying pan with a bit of olive oil onto a medium heat. Throw them in and don't be arsing moving them every two seconds. Just let them gently cook away. 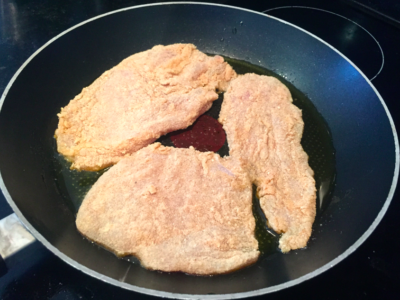 Flip them over after about 3 minutes. The aim here is golden brown, but not overcooked. 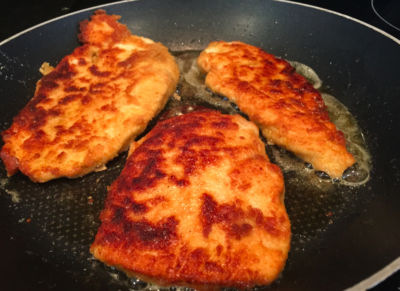 Toast the buns. Probably not the hardest thing you'll ever have to figure out. Smear a large amount of harissa sauce onto the top and bottom of the bun. 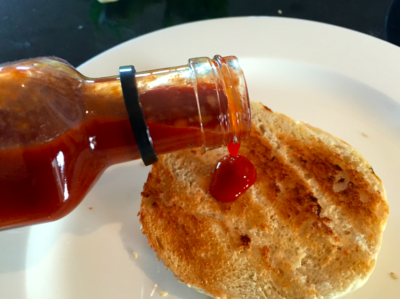 Lash on a couple of salad leaves and whenever the chicken is cooked, throw that in as well. 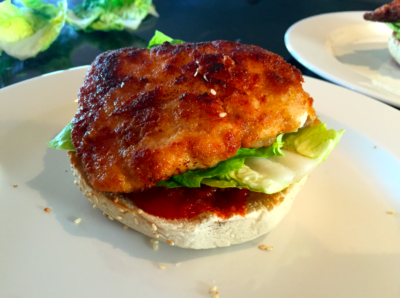 Have a big generous spoon of the sauce on top. Lots of cucumber, as that gives it all a lovely crunch as well. 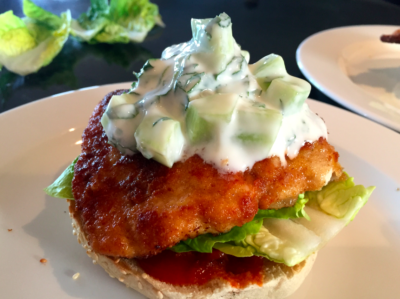 Pop the lid on top and serve the bastard up straightaway. Then watch all the faces light up as they take the first bite. 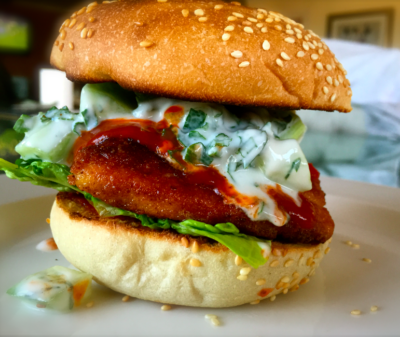 There's a bit of prep and arsing around to be done with this recipe, but once you get it down and the teeth sink into this bad boy, you'll be in love.

Grab the ingredients, whip out a chopping board and get on it. Savage.