Ask someone from outside Ireland what we're famous for in terms of food and they’d probably list off the typical stuff like smoked salmon, potatoes, or Guinness.

But in my mind, one of the best Irish treats is the sausage roll. Humble, but so damn good. So I thought I’d share this epic sausage roll recipe, which makes for the perfect hearty snack as the weather gets colder.

The ingredients are all simple enough and although you could use any sausages, Superquinn ones are ideal. 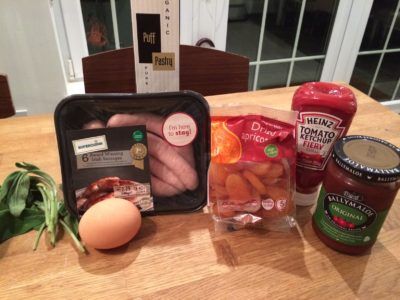 If I could give you one piece of advice, it would be to spend a little extra on the puff pastry. The stuff made out of real butter is where it's at! 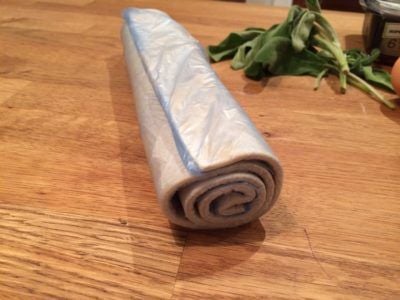 Pop the sausage meat out of their little casings. Just use your hands to do this, but make sure they're nice and clean! 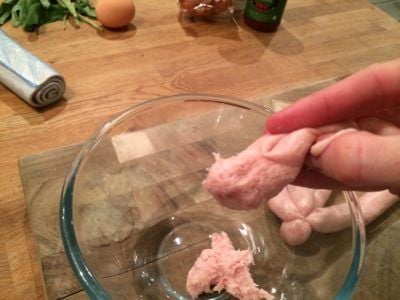 Mix it all up and throw in a little salt and pepper. 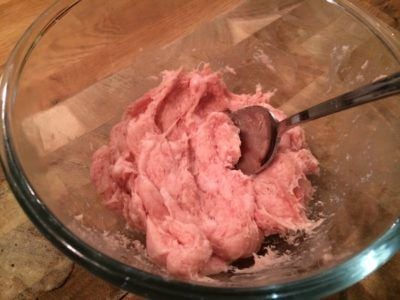 Chop up the sage nice and fine. 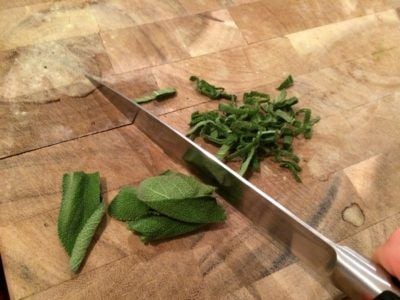 Chop the apricots into nice thin strips. These are going to taste amazing and sweet. 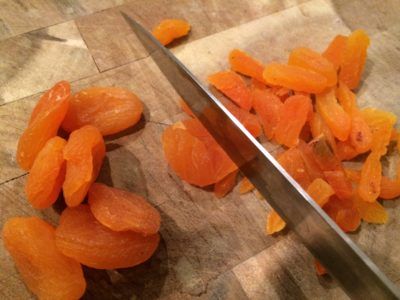 Lash them all in with the sausages 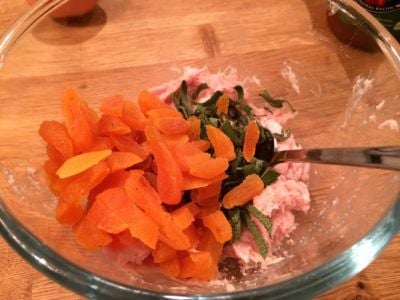 Stir the whole thing well so it's all combined nicely. 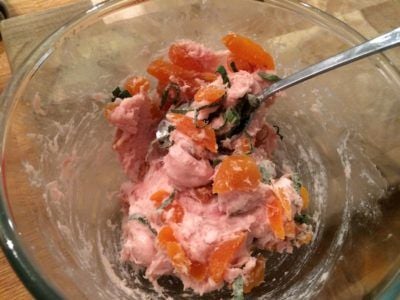 When the puff pastry has softened up a bit, lay it out flat. Beat an egg up in a bowl and have it by your side. 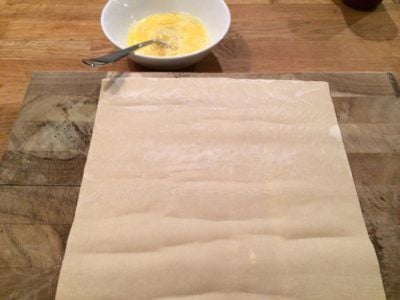 Chop the pastry in half, although they won't all be the same shape. 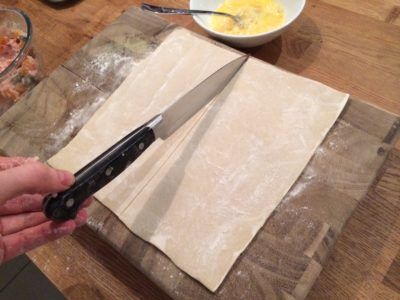 Lash a nice big strip of sausage down the middle. Again use your hands for this, as long as they're clean. 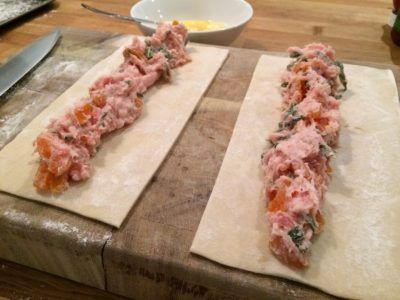 Brush a little egg onto one side of the pastry. 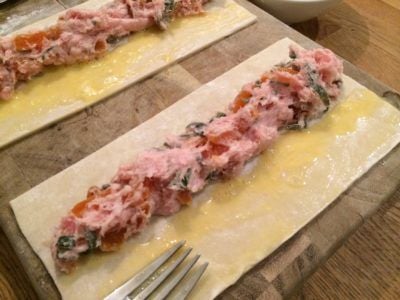 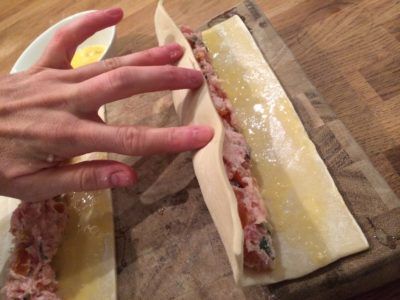 Pinch in the sides. 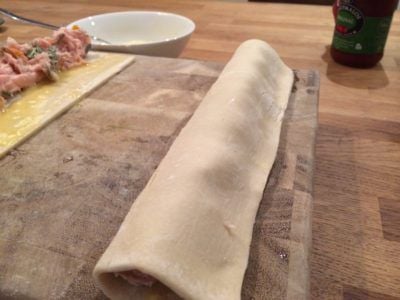 It should be about twice the size of a normal sausage. These bad boys are really starting to take shape. 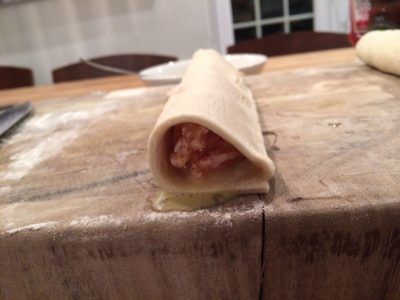 It should be about twice the size as a normal sausage. These bad boys are really starting to take shape. 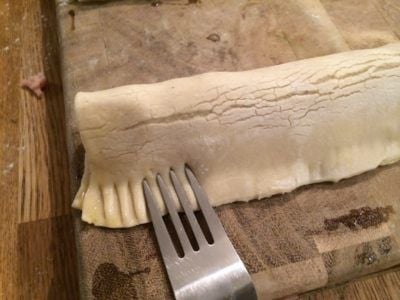 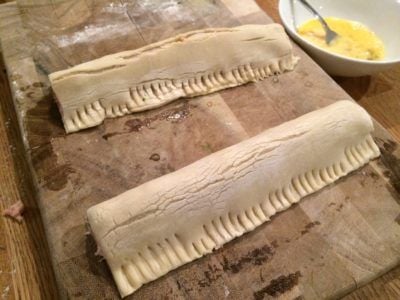 Chop them into whatever portion size you want. Doesn't really matter in terms of cooking time or anything like that. Do what you think looks best. 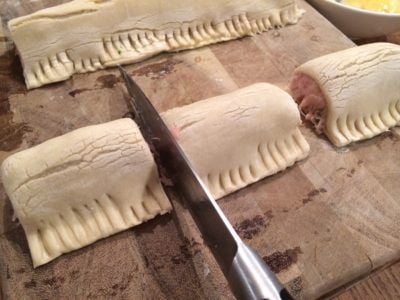 Throw them onto a tray with some dusted flour. 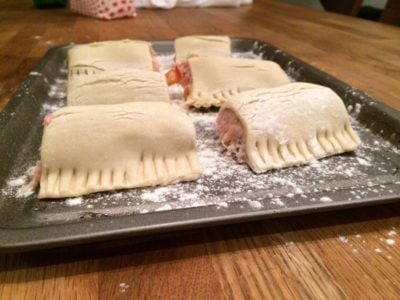 Now if you had a pastry brush like me just use a fork or brush a little on with your hands. Pop them into the oven at 180 degrees for about 20 minutes, until they're golden brown. 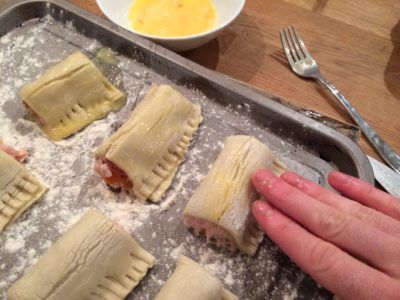 Throw the relish into a bowl. 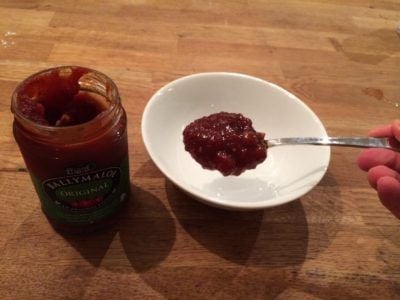 Lash in the spicy ketchup. If you dont have the spicy one, throw in a couple of chilli flakes instead. 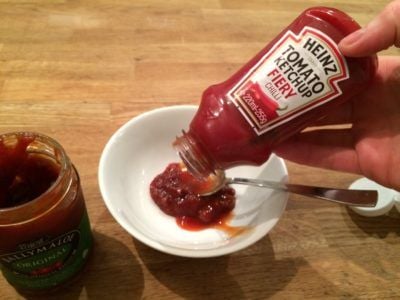 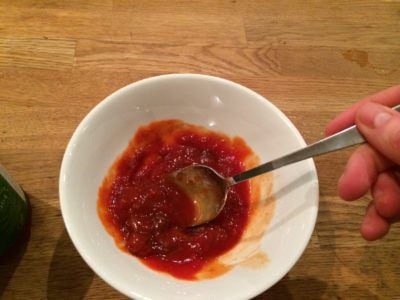 Serve them up piping hot with loads of the sauce. This is nice casual dining at its best. 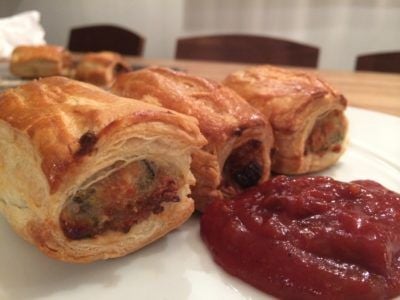 These are perfect for a quick snack in the evening, or for your dinner with a few chips. I hate the way sausage rolls have been destroyed by deli counters and cheap pastry, but with just seven simple ingredients and a bit of love, you can make these beauties.

Give them a lash this evening.