The Irish breakfast has looked the same for decades. Bar a couple of quirks, it's nearly the exact same as an English, Scottish or Ulster fry.

We all like one now and again, but fuck me, does it get boring looking at the same thing in every hotel you stay in. But never fear! I’ve re-invented the whole thing and brought an awesome Mexican twist to it.

These aren’t actually wraps, tacos or Quesadillas, but something in the middle. If you have a serious hangover, have a big day's work to do or have lots of people to feed, lash these bad boys on.

I'm not one to blow my own trumpet, but these are abso-fucking-lutely delicious.

The ingredients are mad simple and you'll find them in your local shop. If you're going to splash the cash try get some high end wraps instead of the shitty ones. Start with a big spud. Peel it completely. Not rocket science, this bit. Heat up a large pan with a small amount of oil. Chop the spud up into little cubes. You can chop the bacon too... or be a lazy bastard like me and buy it pre-chopped. Fry those off over a medium heat for a few minutes, stirring them all the time. Grab out your sausages. Don't worry about buying any of the fancy ones. Nice plain simple sausages will be just grand. Cut the bastards up into little pieces. While you are preparing the mix, grab the wraps. Like I said, there are cheap shitty wraps and good ones. These are Lebanese ones that cost a bit more, but are amazeballs. 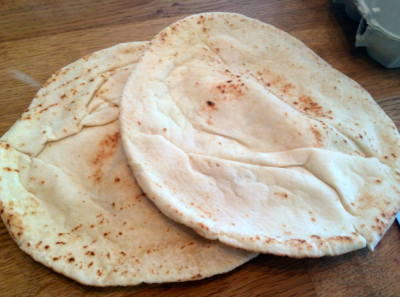 When the spuds and the bacon are starting to take on some colour and getting soft you're nearly there. Fuck in the sausages. 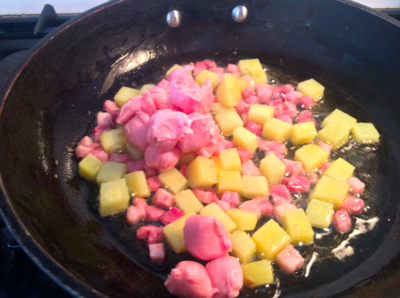 Then season the whole thing with a little pepper and the chopped jalapenos. Don't be a 'soft cock', as the Australians say, and make sure to put a load of them in. Bit of heat is essential for this dish. Take the mix off the heat and gran a second pan. Small drizzle of oil and a medium heat. Fuck in the bread. When it comes to the heat lash on a good amount of cheese and let it start melting. Don't be fiddling around with it, just leave it do its work. Spread the mix evenly around the surface, leaving a nice big hole in the middle. Crack a whole egg straight into the middle and let it warm up for about 30 seconds. Lash them onto a tray without spilling any of the wonderful topping. Fuck them in under a hot grill for a minute max, until the egg has set. You want a nice runny yoke. Whip them out and serve them up immediately. Make this for somebody with a hangover and they'll love you forever. Epic stuff. Best thing about these is that they actually cook way faster than a fry up. Cooking all the ingredients in a fry at home is a massive pain in the arse and involves pretty much every pan in the house, but this recipe cuts down on all that shit.

Once you’ve rattled these up, there's no looking back. Little tip: leave one left over and eat it later in the day folded up with a little red sauce. Whopper!