There is huge discussion going on about immigration around Europe at the moment with the vast majority of people trotting out the line that we should lock down the borders because "all them bleedin foreigners keep coming in and stealing all our jobs". I'm involved in the food and tech industries and I for one am happy about them all coming over here. The recent revival in Dublin is partly down to the 1000s of young foreign workers needed in places like Google, Facebook and Twitter. The turnaround is also down to the amazing new food scene emerging in the capital and much of that has spilled out from foreign influences that first arrived here during the boom times. Lets be honest about things and admit that bar a few exceptions our food up until a few years ago was pretty shit. We now have great Italians, super Thai and incredible sushi as the norm.

One area that I think we've been incredibly weak in as a country when compared to our UK friends across the water are good Indian Curry houses. We simply didn't have the same amount of Indian people coming here and as a result curry houses in the capital are few and far between.

At the start of December I started looking around hoping to compile a list of the best ones in town. I really struggled and ended up eating the same bland old shite that our Irish tastebuds have labeled a "good curry". Just look at the best curries according to Yelp and you'll see they are all shitty takeaways. After failing to turn up anything myself I started asking Indian people. Taxi drivers, doctors, bouncers and anybody else I could find. They all agreed that the standard was poor and most said that the only place they could get a proper curry was in the comfort of their own home. One place did keep popping up though as every single person I asked mentioned Ravi's in Ballsbridge. Walking in the door I wasn't blown away because the decor was the darkest brown I've ever seen and looked like Bobby Sands jail cell without the foul smell. It was so bad that a person blind for 20 years and who suddenly regained sight would probably just tut and think "shit I wasn't missing that much after all". I've never found decor to be that big of a factor in Indian restaurants around the world and there were two other very positive signs as I looked around the room. First the place was rammed full of Indians and secondly there were a couple of groups of English people all with huge 600ml beers in front of them licking their big fat lips. Promising I thought. 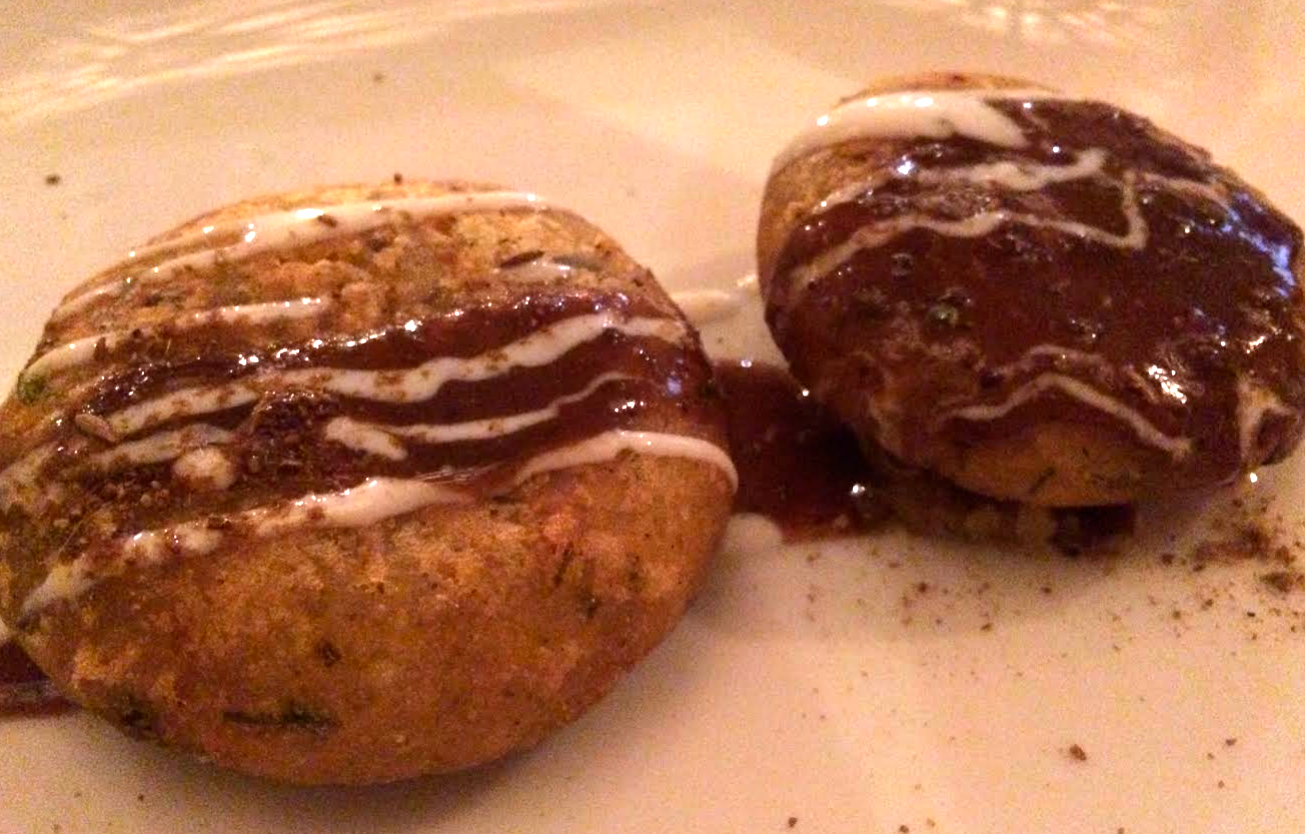 The papadums were light, crispy and perfect but the chutney, mint sauce and chili dip stole the show. I'd have shoveled them into my mouth all night and licked that mint sauce off the floor if I needed to. I went for a gorgeous little potato and lentil number next. Although it looked as if it had just come out of one of the larger English lad's arse then lightly dressed in a child's diarrohea it tasted incredible. Mind blowingly good especially when dunked into the remainder of the dips.

You don't come to a curry house to focus on the starters though. It's all about the curry, rice and naan bread and a dirty big pint of beer if you are drinking. I went for a COG naan (coriadner, onion and garlic) and it was as good as I'd ever had. Clearly cooked to order and fluffy, crispy and light all in one. The perfect curry dunking tool. The rice was equally fluffy but the real wonder was saved for the Rogan Josh I'd ordered. Fuck me was it good or what? You could have been sitting in Delhi eating that meal or at the very least Brick Lane as the Brits on the table next to me started to rack up the decibels and the beer flowed. 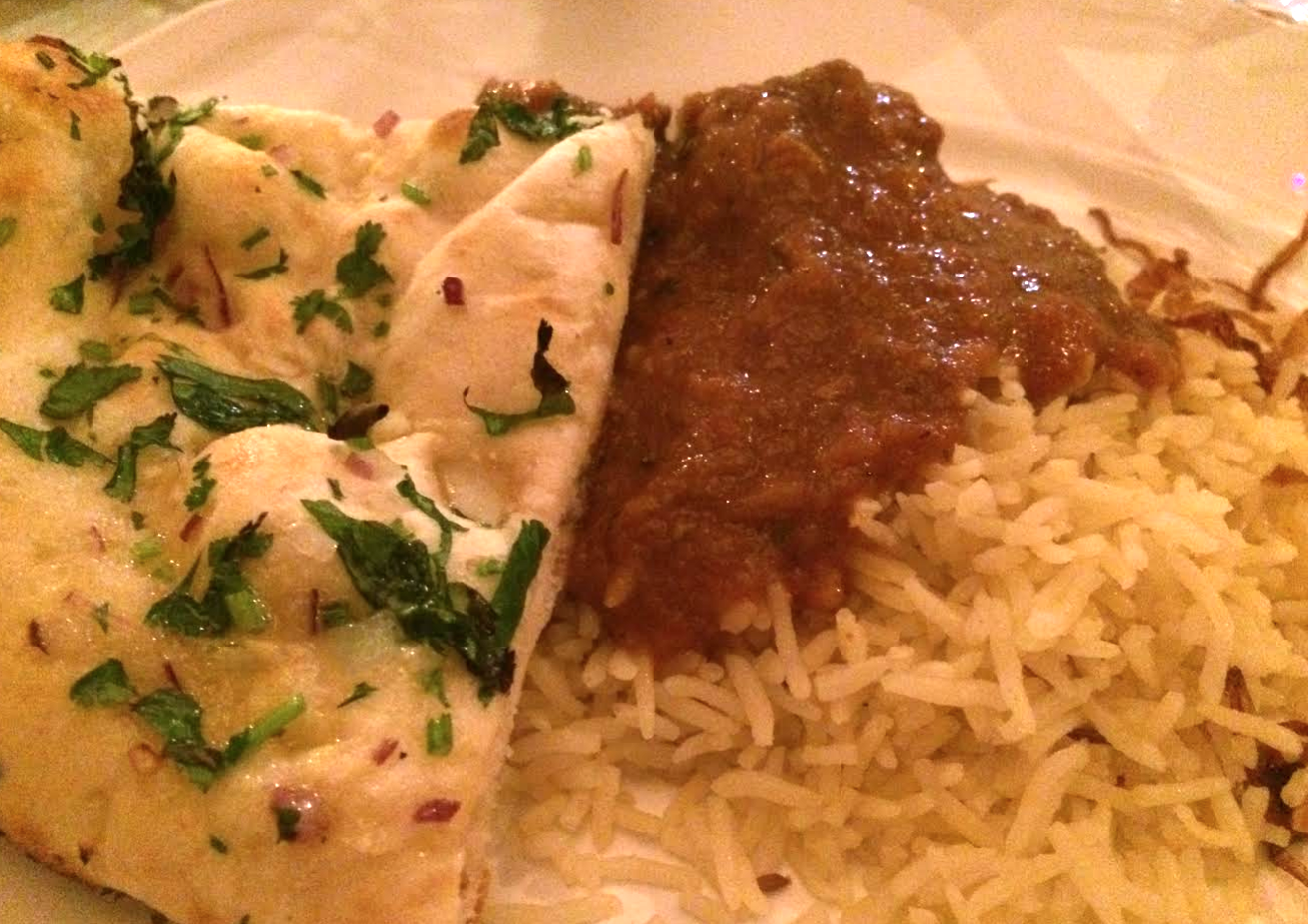 Now I've had at least 50 better curries in other countries around the world but this really is the most authentic experience I've had in Dublin up until now. We have little depth in our range of curries here and I really wish we did but without a huge Indian population that just isn't going to happen. It is no co-incidence that the place is starting to be flooded with Tapas restaurants for example to cater to the large young Spanish community. The immigration debate is a little more complex than just being about food but I for one am all up for the Bleedin foreigners coming in and stealing all our jobs. Although I might limit it to countries with good food so welcome all Italians, Indians, Thais, French and Vietnamese but politely refuse all Germans, Russians and Scottish as quite frankly they can't improve what we already have here.

Ananda is well known as a super high end Indian restaurant out in Dundrum and they serve up incredible food with big flavors. The only reason it doesn't win is because the vast majority of people want a big curry with pints of beer and a bit of craic. Ananda is a very different experience and although amazing doesn't tick all the boxes for me. Kinara kitchen have venues in both Clontarf and Ranelagh. If this had been a competition for curries of any kind they'd have come out on top because their food is incredible. There is one huge problem in that their food is from Pakistan. Nothing wrong with that but if a Pakistani restaurant topped a list of Indian curriers I could expect to find a nuclear device planted under my car when I got home tonight. Well worth a try though with some incredible vegetarian options and slick cocktails. 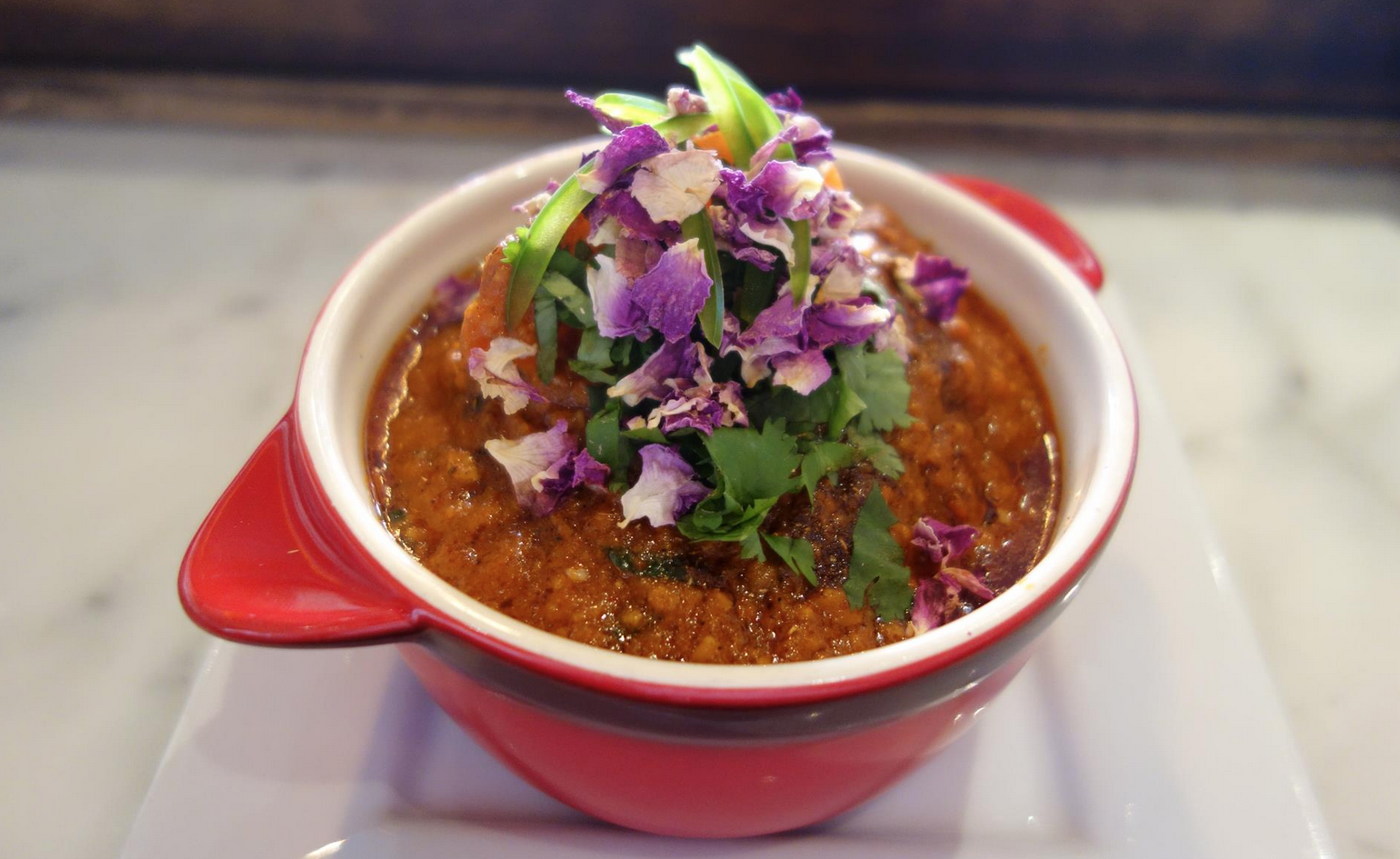 What do you think is the best Indian in Dublin? Do share your thoughts in the comments.