The vast majority of us are so quick to give out about restaurants, chefs and the waiting staff that serve us on our numerous nights out. We do so thinking that we are all fucking perfect ourselves as customers. I've experienced both sides of the coin having worked as a chef and I can tell you that customers can be a massive pain in the hole at times. I've shared a list of things that we are all guilty of doing when we go in to restaurants and because the customer is always right you probably don't even know you are annoying the poor hard working staff. How many of these are you guilty of? What about if you work in the restaurant trade? Any others you would add to the list?

Nothing wrong with having a cigarette between courses but what you don't realize is that you could be messing with the entire kitchen by sparking up at the wrong moment. In a really top drawer restaurant plating a meal involves lots of chefs and if the head waiter sees a customer leaving the table they will stall the plating of the meal causing a major backlog in the kitchen. You'll be puffing away outside the front door  with not a clue in the world that your meal hasn't just magically appeared as you sit down and it was in fact all planned. 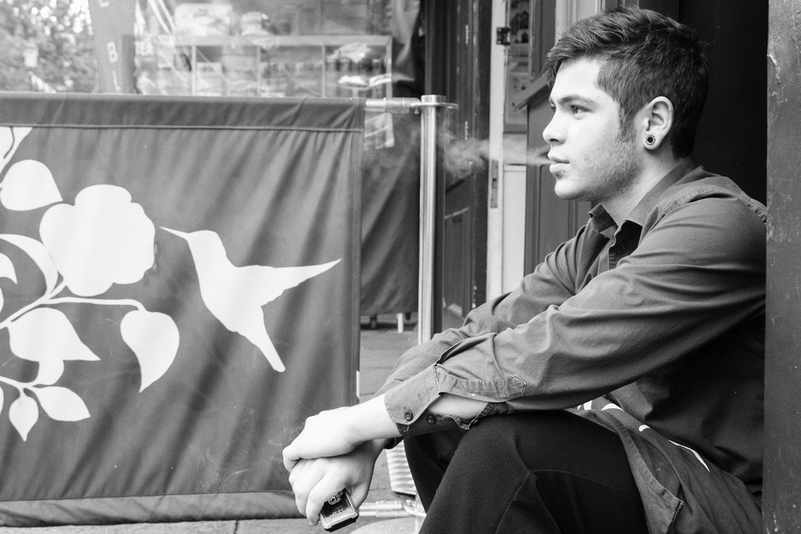 Being Early / Late For Booking

Restaurants are pretty hard places to make money and most need to have a couple of seatings to turn a profit. Turning the tables might seem like a pain for customers but they are essential in terms of paying the rent and bills. While you arriving 20 minutes late might not seem like that big a deal to you it does have a knock on effect for other tables and it messes with the perfectly formed table plan that the waiters have been slaving over all day.

When an order comes in to the kitchen and it has been chosen from about 3 different menus it can be a real pain in the ass to put together. Now you could argue that it is the restaurants own fault for offering brunch, lunch and a la carte menus but it really would be lovely if people could stick to just the one. Somebody ordering from the dinner menu for example probably means the chef having to go rooting in a load of fridges for stuff they weren't expecting to cook making them one angry chef! The worst is ordering a starter from one, main from a another and dessert from the 3rd. There are a certain amount of people who have allergies and that isn't a problem. In recent years though every single customer in the world seems to have some sort of new allergy. The biggest head fuck is that most people just make them up so as the chefs remove an ingredient that they don't like. Is it really possible that so many people in the world are allergic to things like parsley, garlic or as the person below says salt? Stop pretending you are allergic to stuff and just order something you like.

Walking in 5 minutes before closing time

When it comes to really pissing staff off this is the all time worst. Lets say last orders are 10 o'clock and you walk in at 9.55. By the time you order, have your well done steak, dessert and a coffee you have probably added as much as 90 minutes to the chef and waiters day. You are of course within your right to walk in but the staff counting down the last 5 minutes of their shift will explode in anger as you stroll in the door looking for a table.

Not Being Ready To Order

We've all been there when the waiting staff come over to take your order and you tell them that you have made your decisions. As they whip out their little pad though everybody starts to change their mind and read the menu as if it is the first time they have ever seen it. Last minute changes are made. The waiter has to stand there and laugh at your jokes with a fake smile on his face while you all take about 10 minutes out of their very valuable time.

Children should of course be allowed to go to a restaurant as part of the family. While most parents are perceptive of their children and making sure they behave some see the chance of being out of the house in a restaurant as an opportunity to let them run wild. Waiting staff have enough to be doing without having to herd groups of kids back to your table or tripping over them as they carry plates out to other tables.

This is the most obvious one on the list and one that we should all be most aware off. Most restaurant staff get paid very poorly and live on their tips. A good tip can be the difference between them having an amazing night or the worst night of their lives. If somebody has gone above and beyond on the service and the food has been really good the very least you can do is find 10-15% extra to show your appreciation. There is no law to say you should tip but employers offer jobs with much lower wages based on the assumption that staff will get tipped so please do the morally correct thing and leave a tip if the service is good. 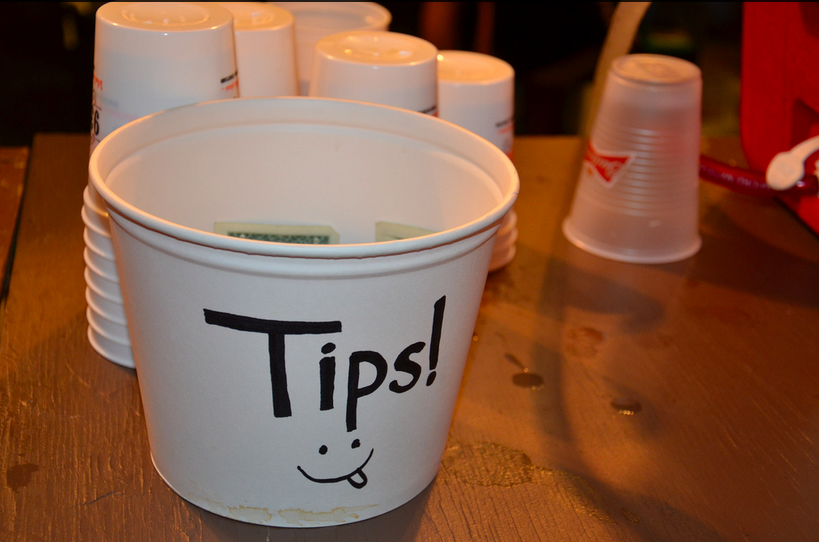 Not Cancelling Your Booking

Although some places will take a credit card and charge you a cancelation fee for missing a table you have booked the vast majority do not. A restaurant table is a valuable commodity. Waiting staff might turn multiple guests away from the table you have booked before realising that you are not actually going to turn up. The very least you can do if you are not going to honour a booking you have made is pick up the phone and let them know you won't be there. 1 minute of you life will help that restaurant re-sell the table and make sure everybody is happy.

There really is nothing worse as a chef than to have food sent back that is perfectly cooked. It is a complete and utter insult to you personally and chefs will take it very hard. An example would be a fish that has been cooked perfectly but a customer insists it is raw. I've even had beef sent back that was medium rare by a customer saying that the blood in there could kill her. There are cases where the customer could be right but people who send things back incorrectly are the most annoying type of customer who are just trying to get attention and make themselves look smart. It happens a lot more than people would think.

I asked all of you on Twitter with some good examples coming in from the trade of the issues they face on a daily basis. Don't be scared to leave some other funny examples in the comments below.

@LovinDublin allergic to parsley was always my personal favourite!
— Cait Noone (@CaitNoone) August 26, 2013

@LovinDublin when people come in to a clearly busy restaurant and two people sit themselves on a table for 6 people
— Meadhbh (@MedaBuhHuh) August 26, 2013

@LovinDublin Send back perfectly cooked salmon saying its underdone!! It gets to me so much!!!
— ian ussher (@IUssher) August 26, 2013