Up until about 5 years ago brunch used to be a load of shite in Dublin. Odessa was always good but the best of the rest weren't great. Then like we always do we caught up and a bunch of places like Tribeca, The Exchequer, Salt, The Green hen and a bunch of others came along and upped the ante. They must have started a fucking brunch course in chefs college all of a sudden or something. You can now get a decent brunch in about 20 odd places in Dublin but there is one basic problem..the menu is identical everywhere you go. I don't even have to look in most places anymore...Eggs benedict, Eggs Florentine, Steak Sandwich, Steak and Eggs, Huevos Rancheros and porridge. They'll always be there and it shows how little innovation there is at times in Dublin. So when I walked in to town to hit up 37 Dawson Street for some food this weekend I wasn't expecting much but luckily I was wrong.. 37 Dawson street is a quirky place that won me over the second I stepped inside. Great funky colors, lots of crazy decor and an atmosphere dark enough to let people hide their hangovers with a bit of grace sunk down in the comfortable big armchairs. I'm not sure which of the big superpubs this used to be in that little row that were all packed during the Celtic tiger but possibly Ron Blacks. Luckily it is now less VIP douchebag Champagne supping venue and more New York grungy chic. The best thing was the menu though. Sure they had some of the classics on there but it felt new, fresh and unlike any other predictable brunch experience you get in Dublin. For the first time in years I was genuinely excited ready a brunch menu in Dublin. 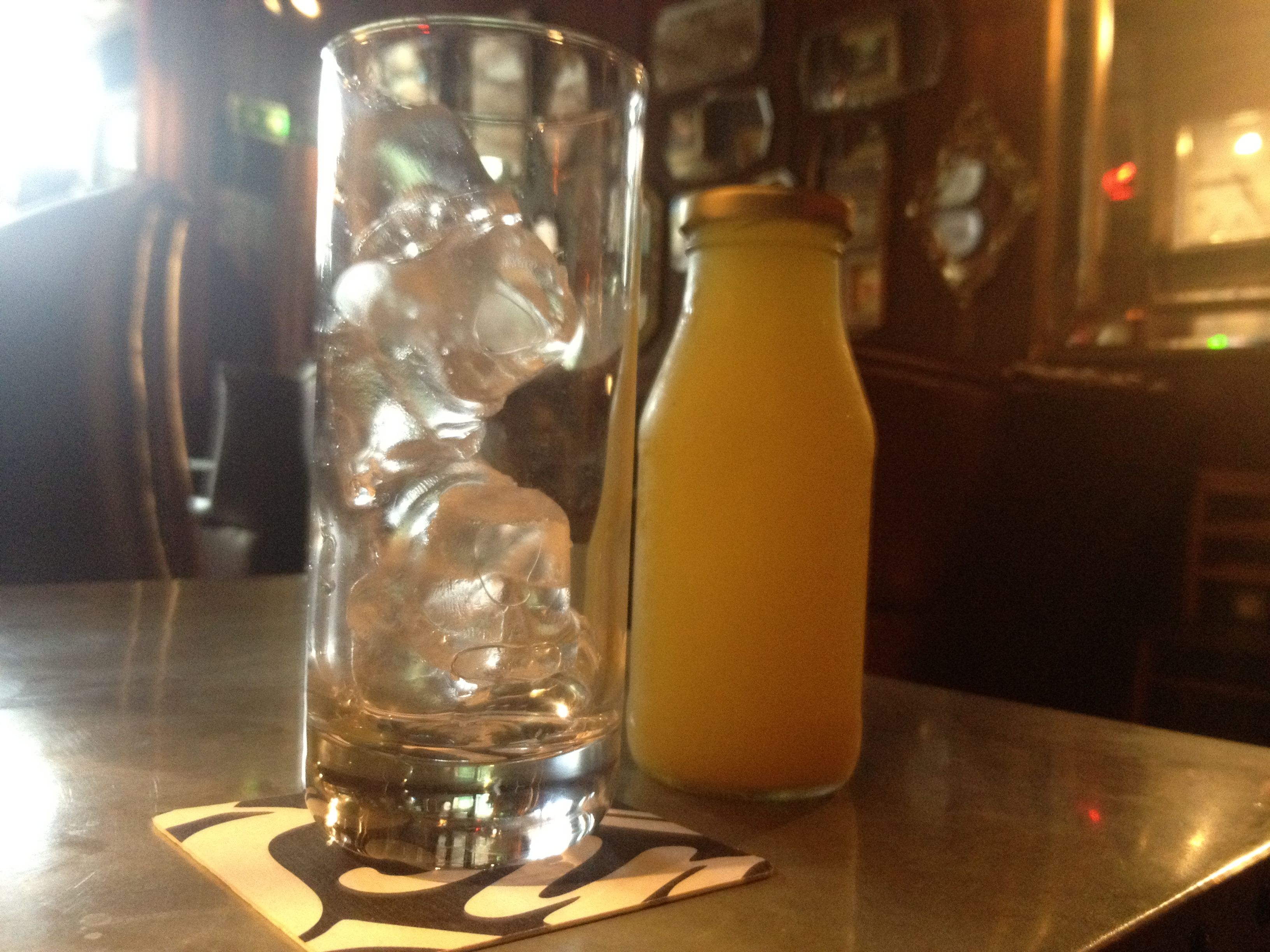 First up was the fresh orange juice test. About an 8 out of 10. Decent and the little bottle was cute but clearly had been squeezed in advance and had lost some flavor. Also ice + fresh juice = bad. So I was really hoping it wasn't one of those menus that teased you with great stuff only to delivering mediocre muck. It wasn't. I ordered the fry up because they had home made beans and Ulster farls. It was all amazing including the uber delicious scrambled egg and the toast made from real bread. Imagine that? Real bread! The butter was soft, the portion huge, the food piping hot and not too much grease either. BOOM. A 9 out of 10 fry up and their lovely presentation nearly got them to the 10/10. Next up was a coffe which was beautifully presented with a little milk bottle and the sugar in an old treacle tin. Even the biscuits at the top had little chocolate 37's on them. Smart branding that! So great food, quirky design and all for less that 17 Euros. A real bargain. Hold on though what about the title? See I was in there with only 2 other customers and the 5/6 staff between them clearly didn't have a lot to do. It's a tiny thing and they all meant well but I got asked 12 times if "everything was OK". Once or twice is great but nothing annoys me more than people constantly coming back asking the same question. I'm out for brunch and I want to read my paper with my head down and keep to myself. By the time the 4th new person had come up to me and asked me I genuinely wanted to punch the poor girl in the face. I saw the other table in the place having the same reaction as their family catch up was interrupted 10 times. I would have stayed there and spent more money on desserts and another coffee but I just paid and left immediately so as I could give my fucking head a break from all the questions. People will say that is just bad luck and not a complaint that merits slating a place for. It is though. It's just bad management. Once again amazing food, design and a great experience was ruined by poor service. I keep saying it but food is only 50% of the equation. What happens out front is nearly as important. 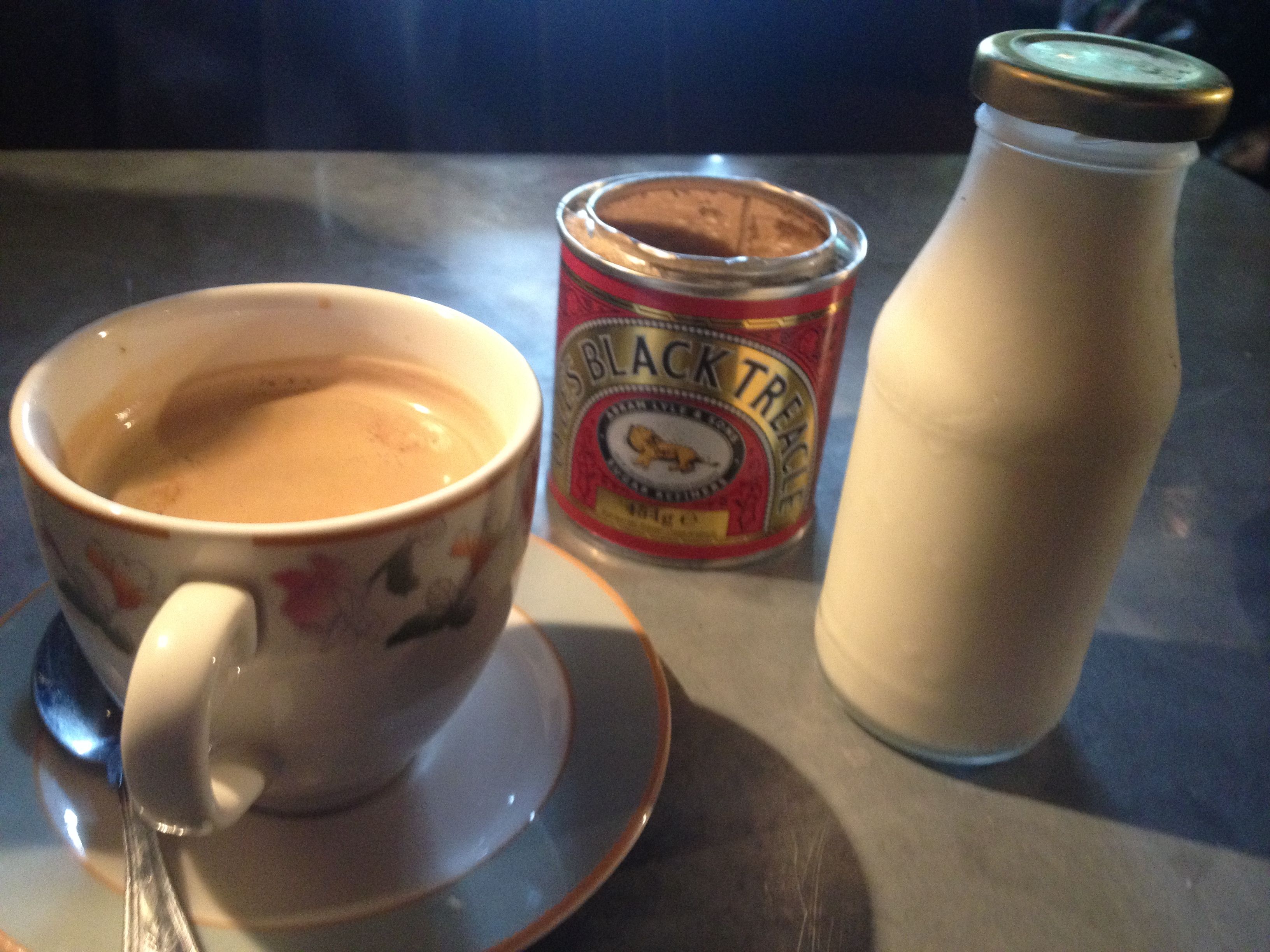 Don't let my experience with the staff put you off. You have to try this place. It's refreshing, funky and new. The place needs to be packed to get a buzz going though and to keep the staff busy. Head there late afternoon and check it out because the food and menu in here are the real deal. I didn't try cocktails either but form the menu and some that I saw going past that is probably their strong point as well. Everything you need here to get your Sunday kick started.

I am only one person eating there on one particular day so here are a bunch of other reviews that will give you some balance on the place.
Fingal Foodie
Publin
Secret Bite