Most of us probably eat in a restaurant about once a week on average. Despite doing so we don't really have a fucking clue how the industry works and what happens in a kitchen. You probably imagine a kitchen as something of a mix between Jamie Oliver lightly tossing salad leaves, Gordon Ramsay rollicking an employee and Nigella Lawson doing coke off a work surface. Today I wanted to take you inside a kitchen and show what a fine tuned machine it is and how one tiny slip can wreck an entire lunch service for 100 people. Myself and my business partner Emma had a quick lunch to celebrate a couple of recent wins and trotted down the stairs of Le Pont brasserie and entered what was a surprisingly luxurious dining room. The crowd was a mixture of douchebag bankers in suits and chirpy office workers wearing their reindeer antlers getting ready for an afternoon of frisky out of office fun. 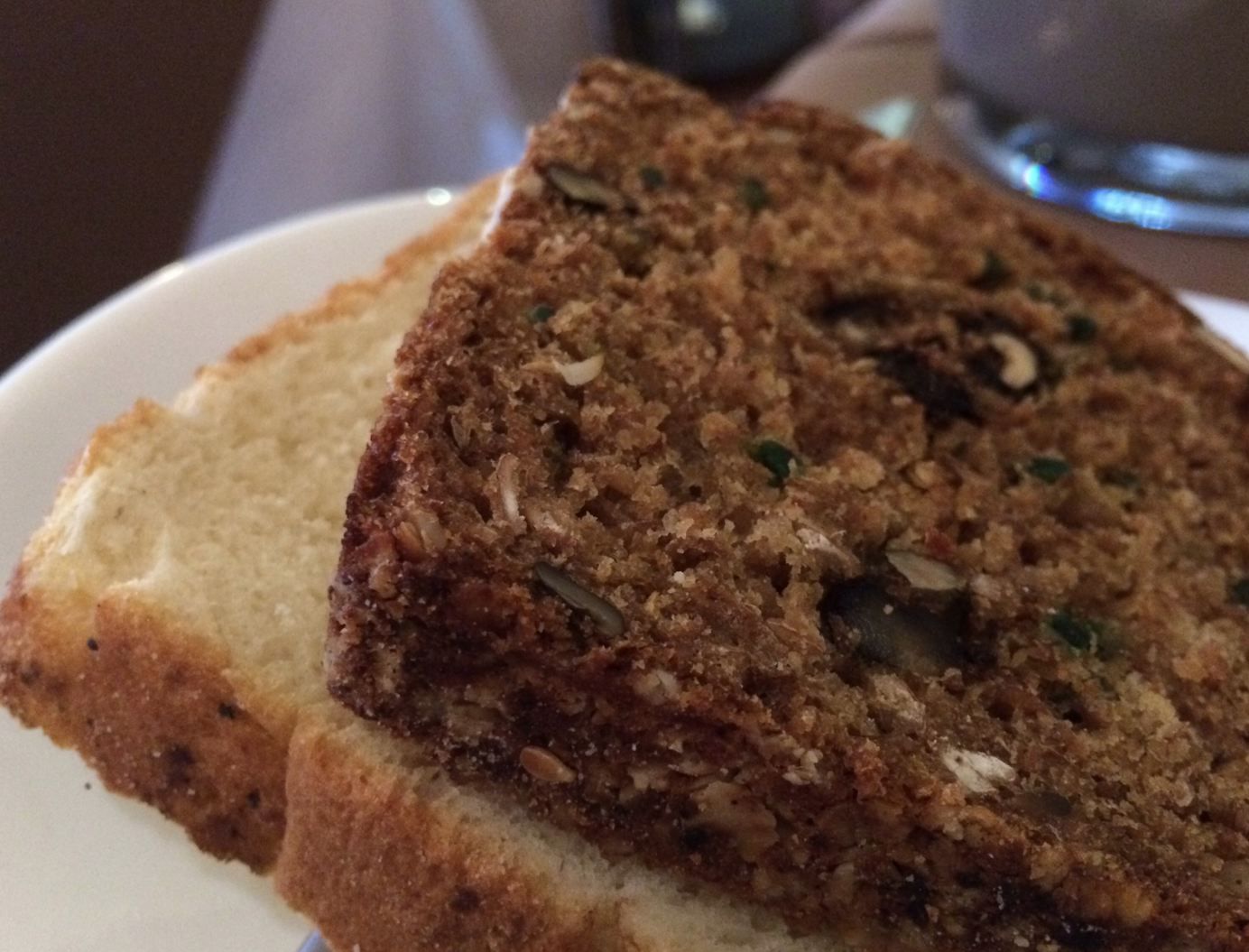 December is like winning the lottery for restaurants. Every single office in the country has at least one night out and there are all sorts of other gatherings where the booze flows freely. You'll see a ton of doomed restaurants hang on until December before closing their doors in the New Year because they know they can fill their coffers. We started with a couple of starters. Crab cakes were delicious and flawless with a superb walnut and Guinness Bread making this the perfect winter dish. Emma had a bowl of French Onion soup which was grand at best. 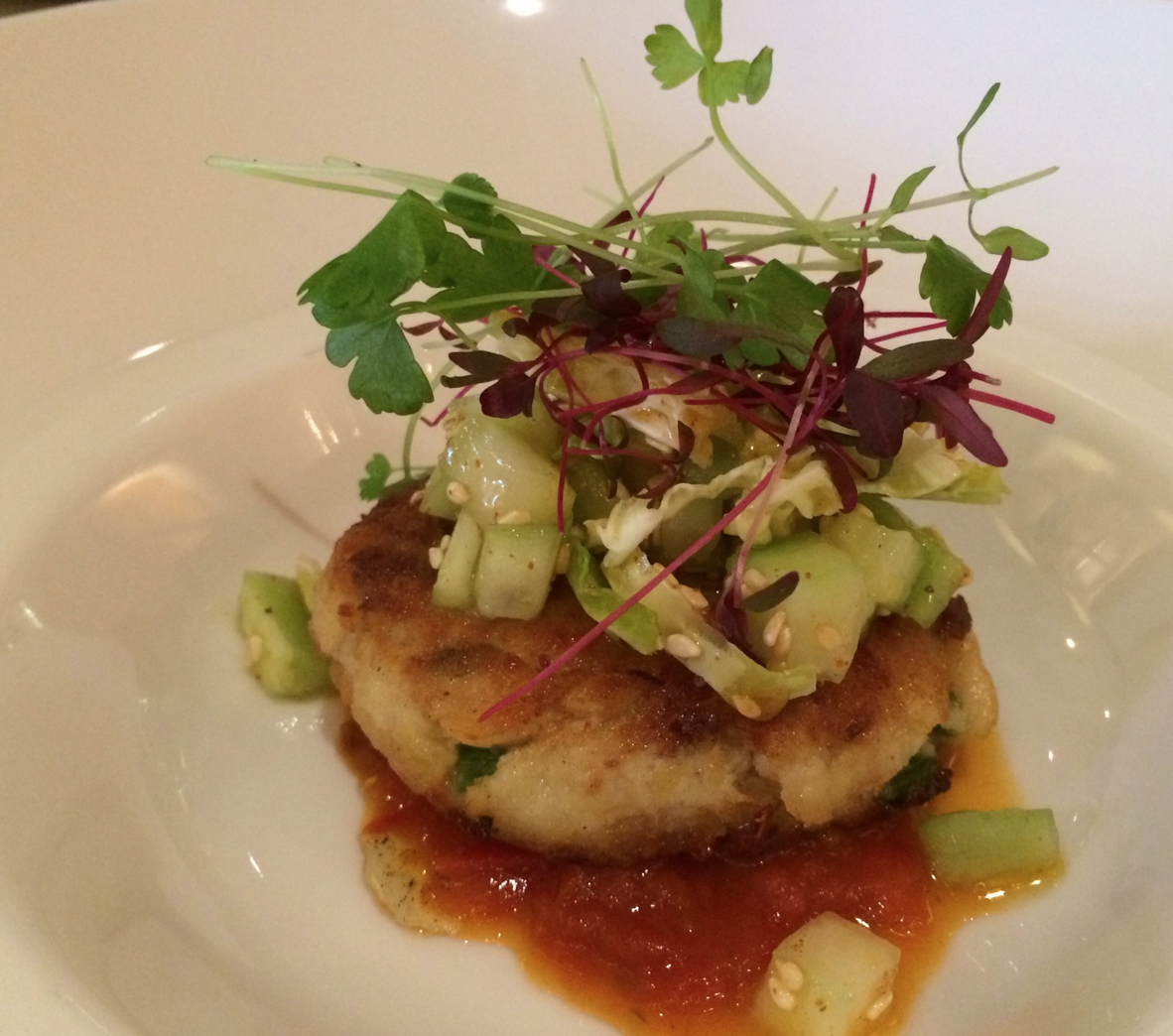 Thats when the fun started. The tables were tightly packed in given the large rush expected. During December a restaurant layout will change as tables are wheeled in from back corridors to squeeze another couple of covers in. Every table in a restaurant will typically have a number attached to it that rarely changes but during busy times new numbers pop up. We'd ordered a prawn risotto and goat's cheese sandwich for mains. Out came two risottos. Emma was happy with hers but then I started to doubt myself and wonder what I'd actually ordered. I had looked at the risotto but was pretty sure I'd gone with the sambo. After a bit of scratching our heads we just said "fuck it" lets eat them anyway as they looked delicious. 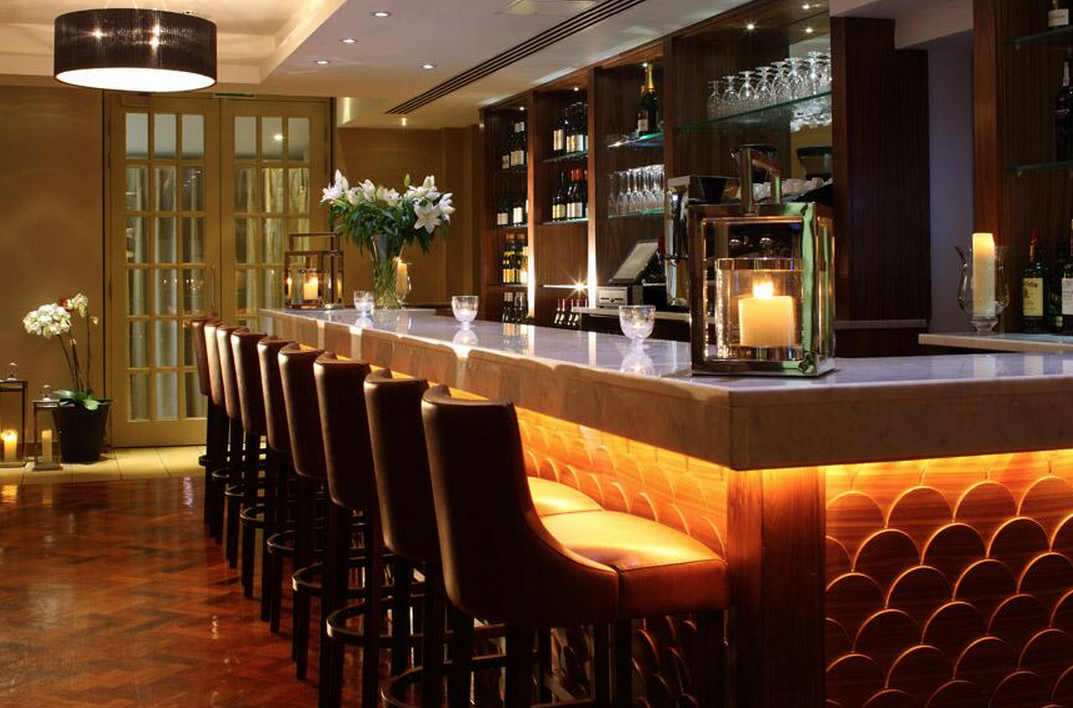 I'd noticed a couple sitting at a table beside us who'd had their starters cleared ages ago and we got our main courses straight away well before them. The penny suddenly dropped in my head. We'd been given their main courses but given that we were a few mouthfulls in we couldn't exactly wipe the plate clean and say "here you go mate I've double dipped a couple of times but work away". The risotto was absolutely gorgeous even though neither of us had ordered it. I watched as horror spread to the waitress' face. You could literally see her think "holy fuck I am a dead women here". She apologised to us profusely and asked if she could change it for us. We assured her we were fine and that we didn't mind at all because we were in a rush. Her problems would only just have been starting though. She headed off to the kitchen. Now here is a young girl who would have to walk in from the happy buzz of the restaurant full of Christmas cheer to a hot sweaty kitchen full of big greasy angry chefs carrying sharp knifes and large pots of hot liquid and tell them about the mistake. It would impact them massively. Risotto is cooked to order and takes about 20 minutes. The chefs would need to cook the original order again for the couple who were still waiting for their mains and who would be getting angry by now. The two original dishes we had ordered would be sitting on the pass with no home to go to and probably wasted. 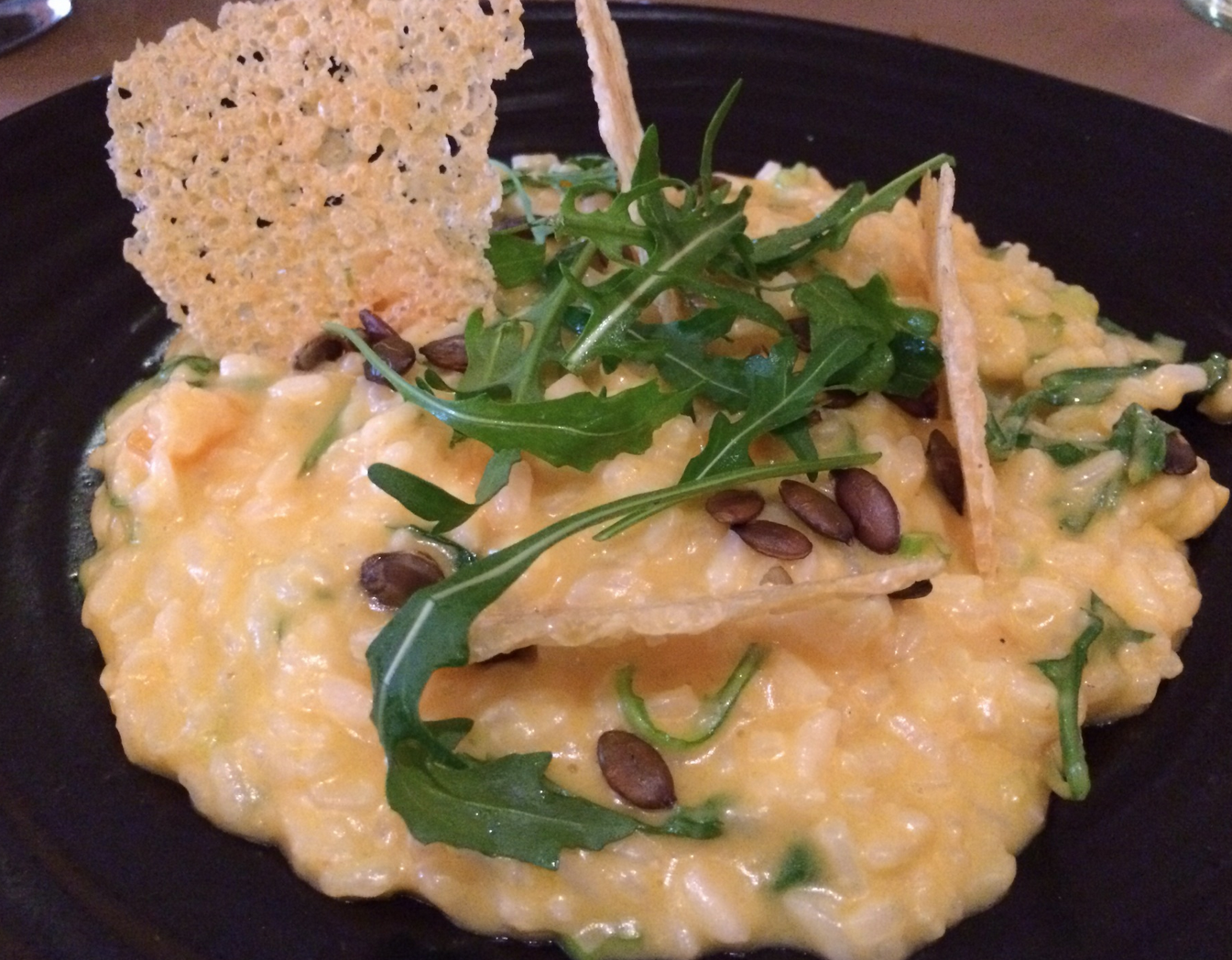 A kitchen already under pressure had just been dealt a major blow. Who knows what the chefs are like in Le Pont but I've seen people being torn a new asshole for smaller mistakes. Chefs are mostly arrogant pricks who pick on waiting stuff for little or no reason so giving them an excuse like this often lights the touch paper. One mistake like this often throws out the whole rhythm of a service and means every plate of food suffers for the rest of the day. Everybody is in a bad mood, playing catch up. I make a point of never ever taking a freebie on this blog but this is one occasion where I would have accepted. No attempt was made to take the mains off the bill which is should have been. We didn't bring it up but a restaurant should make a gesture in a situation like that. As it was the food we got was very good. I'll be back. This was a genuine mistake that anybody can make unlike last week in house where everything was just pure and utter shite. You can always excuse a mistake. Chefs and waiting staff often have these sorts of battles every single day in what is an incredibly fucking complex environment to work in while we sit oblivious out front. I'm sure you've had 45 minute waits for a lunch course in a restaurant before and wondered what the hell are these gobshites doing? The couple beside us looking around for their risottos probably had no idea they were already in our bellies walking out the door.

The Cook's Belly
Stitch and Bear
The Indo
Lucinda O'Sullivan