A new restaurant in Ranelagh is about as common as a rainy day in an Irish summer with the strip filled with all sorts of culinary delights. I starting trying to count how many proper restaurants were in this little village but stopped at 20. Counting never was my strong point. People always say it is great for locals but having just moved in to the area my wallet and waistline would disagree. It's also nearly impossible to get parking outside your own gaf because every southside wanker and their dog are parked here eating in Dublin's culinary hotspot. Talking of dogs I've got a new one and I had him with me this week when I was looking for places to eat so that limited my options somewhat. My ideal restaurant now needs to be a hipster joint with free wifi, good service and to allow my canine friend to tag along. The sun was out and when I spotted 2 little tables outside the newly opened
La Reserve so I jumped straight in. I kicked it all off with the Calamari with red pepper mayo. I'm a sucker for this starter and like many I order it wherever I see it. This was a delight. Possibly the best I'd ever had. A perfect starter. Light, crispy, not chewy, tons of lemon, gorgeous sauce, crisp salad. In terms of a starter getting you excited for more this was the perfect example. A starter shouldn't fill you up and ruin the main course, it should tease you and leave you licking your lips for more. It did. What turned up next was a huge disappointment though. Linguini with clams and mussels. Another classic. This time they failed miserably. This is a dish that should be bursting with flavor and leave you licking the plate. It wasn't. It tasted like plain pasta with a couple of shitty clams on top. The only thing that could make it worse was being given emmental cheese when I asked for some Parmesan to liven it up and being told "we are a French restaurant so we don't do Parmesan". Well great for you lads but I am an Irish punter and like pretty much the other 99.99% of the world I like a bit of Parmesan with my pasta. I think I muttered something about "
cheese eating surrender monkeys" as I ate the rest of my tasteless dish.

Anyway the main course wasn't great but the it was one of those ones where the starter was so good that it couldn't be a fluke. Maybe one of the chefs missed the stock pot for the main course. It happens and I'll be back here to give them another shot. I'd be a little worried about the size of the place (tiny) though in the long run. There are similar sized places nearby but they turn the tables in no time whereas this is more fine dining with people sitting around being poncy. They'll have to move somewhere else to be a major success I fear. So it was really a game of two halves. One a classic the other a load of shite. The sun was out though and myself and the dog enjoyed the people watching. The bill was about 40 lids with a couple of cokes so this isn't on the cheaper end of the scale. I happen to
know the chef behind this place from a previous life working in Peacock Alley and I know he is as good as they come and he'll go on to great things. Watch this place, it'll get some seriously good buzz I'd say. They just need to stop serving fucking Emmenthal with pasta. 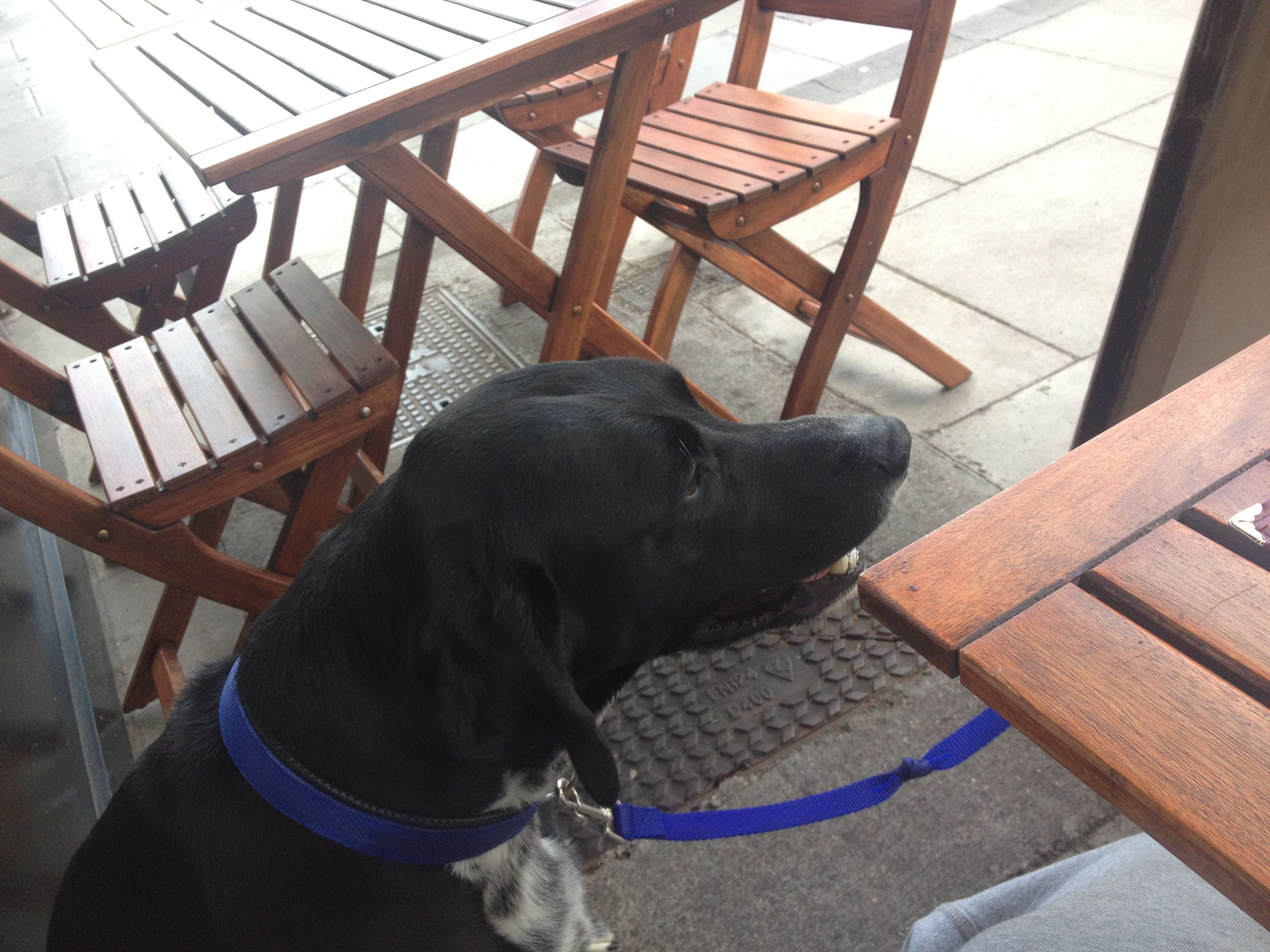 I am only one person eating there on one night so here are some other reviews to add a little balance
Lucinda Osullivan
Also here is a little video they have had made with Eircom...