Social media is a vital tool for marketing a restaurant these days. I'd even go as far as saying it is the most important. Can it ever go wrong though and what happens when it does? Well just over the water in the UK is an example of it going really fucking wrong. You'll pick up the story from the tweets below yourself but essentially a head chef got sacked and still had access to the company Twitter account. 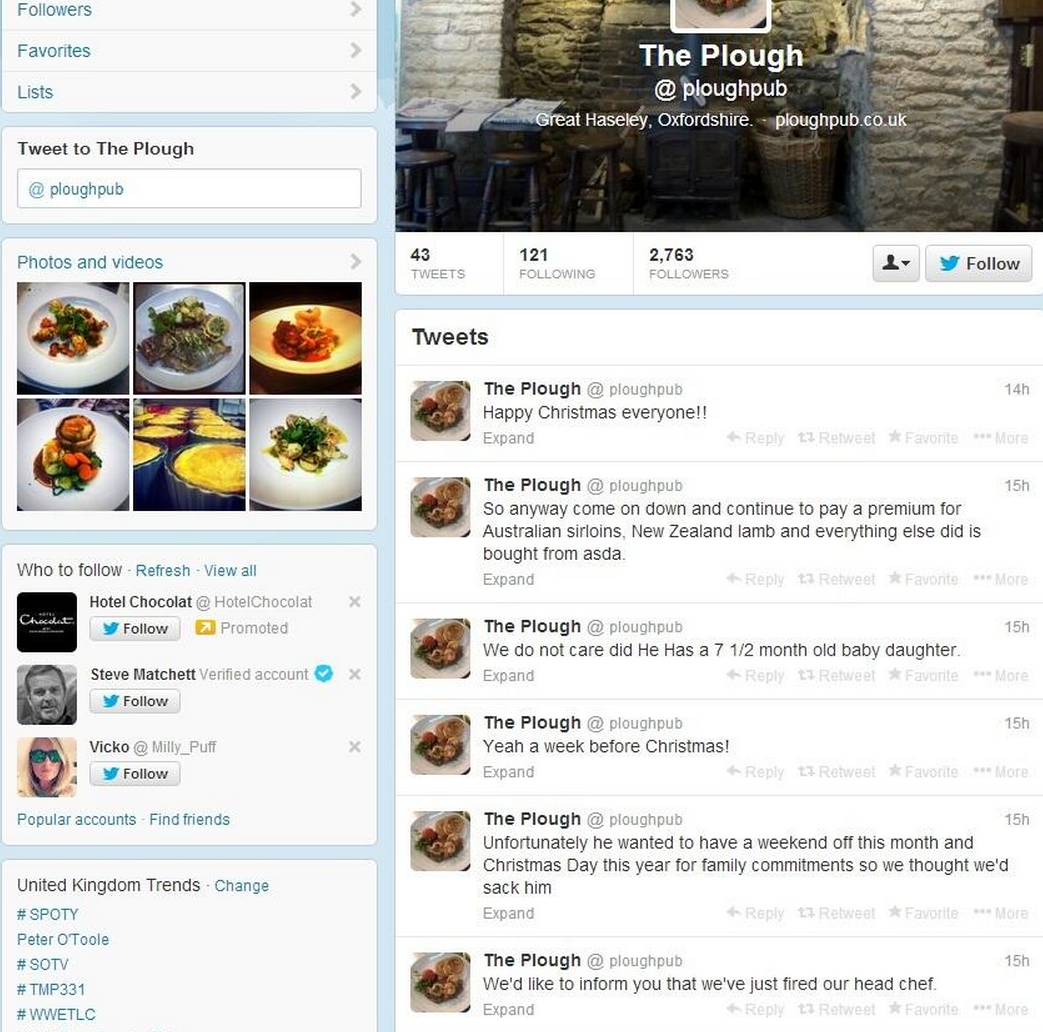 No doubt the account will quickly get taken back and the tweets deleted but the damage is done. The story has two sides I'm sure but it just shows that one employee with a couple of taps of the keyboard can destroy the reputation of a place that has been built up over years. Really fucking scary you'd have to say! I'd go check those Twitter passwords there folks and see who has control of your accounts.