When you work in a kitchen you come across a huge range of characters. I started my days cooking many moons ago in Peacock Alley the Michelin stared restaurant belonging to the infamous Conrad Gallagher. Say what you want about Gallagher these days but he changed the face of cooking in Ireland taking us all form meat and two veg and introducing us to exotic foreign tastes that we all take for granted now like risotto and chorizo. There were a team of about 25 staff all of whom have gone on to influence Irish food including Nick Menuier(Hells Kithcen, Masterchef, Marco Pierre White and Pichet) and Dylan McGrath the chef behind Rustic Stone and TV personality. It was a kitchen full of big personalities and massive egos and the biggest by a long stretch belonged to Dylan. To put it in to context I always tell people who think he is arrogant on TV that he actually comes across as much better than normal when on the box. I clashed with him daily and thought he was the biggest wanker that had ever walked the earth but one thing I could never doubt was his talent. He was intense, rude, offensive and ignorant but he was 10 times the chef I would ever be. His only ever goal at work was perfection and it clashed with my own goal at the time which was partying.

So when I walked in to Rustic Stone 12 years after working with him (the last time I ate his food was a shared meal between shifts) I was expecting to be wowed and blown away. The menus are absolutely huge with about 30 choices and as often happens with a menu that large I could barely find anything I wanted. Distraction everywhere. I always prefer 6 or 7 amazing choices rather than the kitchen sink thrown at the menu. I was eating with my mate Sean and we ordered chicken wings to start. 6 wings came out for a tenner and they were good. Simple chicken wings with a sticky sauce, nothing more. We polished those off and ignored the poor value because the main course was on it's way and we had both ordered steaks on the stone. The stone which our waitress helpfully explained was brought out at 300c with nearly raw meat that you could cook to your liking and is the signature way of cooking for the restaurant. The steaks were brought out with great fanfare. I went for a Sirloin and Sean had a ribeye. To say they were a disappointment would be an understatement. We'd ordered them medium rare but there was barely a sign of blood left in either steak. We took them off the stone which then essentially rendered the stone useless as cooking the meat further would have sapped any remaining juice out of it. The sauces were average and truffle fries that we ordered as side orders were decent but no more than that. I hated the whole experience and I was starting to think to myself "maybe I just still hate the fucker" and that was why I wasn't enjoying it. Then Sean piped up with the classic line that forms the title of this post. He is no foodie but he knows a good steak and he said his was average as well. It was one of those times where you just want the bill as quickly as you can to get out of the place and take the financial hit and forget all about it. 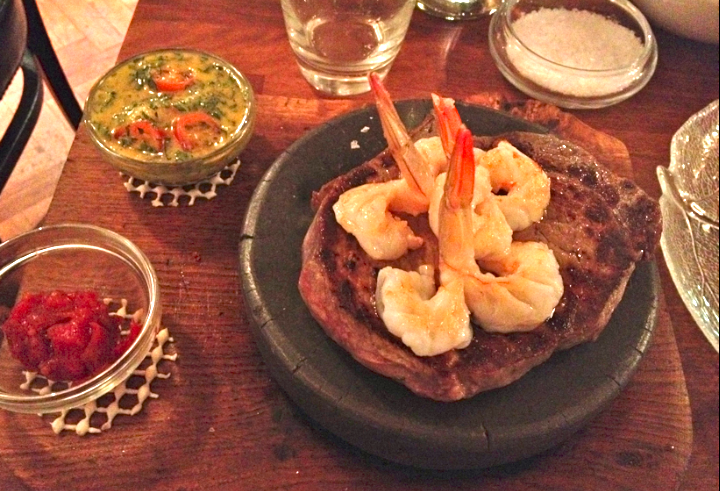 The place was packed though at 6 o'clock. People were fighting for tables when we were leaving and there were ooh's coming from all over the place as the hot stones were brought to the table. It's all a big gimmick though. Some of you might remember Mint which was Dylan's old restaurant in Ranelagh. It was tiny, unprofitable but lauded by the critics and customers alike. It was well on the path to getting 2 Michelin stars and I've heard several people describe it as the best meal of their lives. Dylan has clearly taken stock (getting 2 Michelin stars requires constant 18 hour days) and decided to go down the TV and profitability route instead. Who could blame him. It is clearly working brilliantly for him and his bank balance and lifestyle will be much better off. As much as I hated the guy I could always see his talent and the world was starting to see it at Mint. It's our loss that he has gone for middle of the road cook your own steaks concept when he could be the greatest Irish chef of his generation. 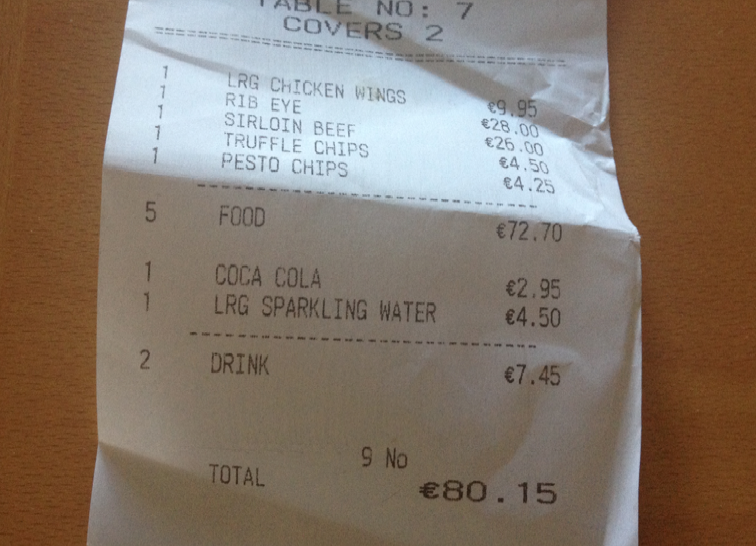 I'm only one person eating there one day of the week. Here are some other reviews so as you can get a good balanced opinion...
Lucinda OSullivan
Stitch and bear
Pol
The Early Birds
Independent
Dublin Reviewer