Good Irish ice cream. Thats an oxymoron if ever I've heard one. It's the equivalent of asking a Tibetan munk for a good pint of Guinness. With the temperatures hitting the roof and pasty white Irish bodies being quickly to lobster red and even the odd tanned (non bottle variety) person around we are all desperately looking for anything we can find to cool us down. There are about 10,000 people outside the Barge every night and St Stephens Green is more crowded than a Bombay market per square inch at lunch time. While the classic 99 is the ice cream of choice for most I wanted to raise the bar and find the very best Ice cream that Dublin has to offer... 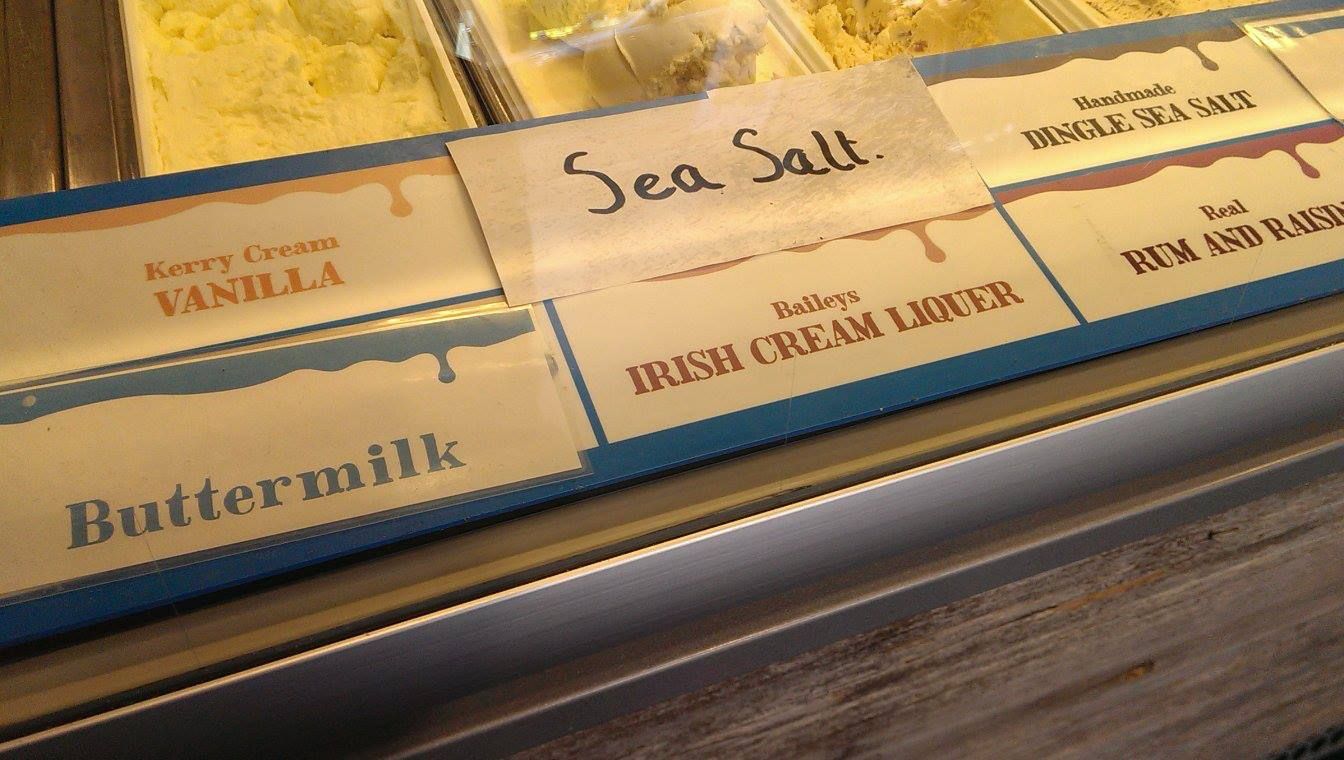 Now I've thought about writing about Murphy's before but I presumed it was too obvious and that everybody knew about it. I asked around though and the first 3 people I'd asked had never heard of the place. Have they been living on another fucking planet? It's been an institution in Kerry for donkeys and a couple of years ago it landed on Dublin's Wicklow Street. They did open one in Temple Bar at the same time but closed it down because of attacks on staff which gives a great insight in to the price of doing business in the lawless shit hole that Temple Bar can often be...

Staff were assaulted on four occasions, with one worker hospitalised; people exposed themselves to staff and there was a stabbing outside the premises. One of the assaults took place at 10am.

Luckily the one on Wicklow street lives on and it has by far the best Ice Cream in the capital. Nothing else even comes close. This is the 3 Michelin star of ice creams. 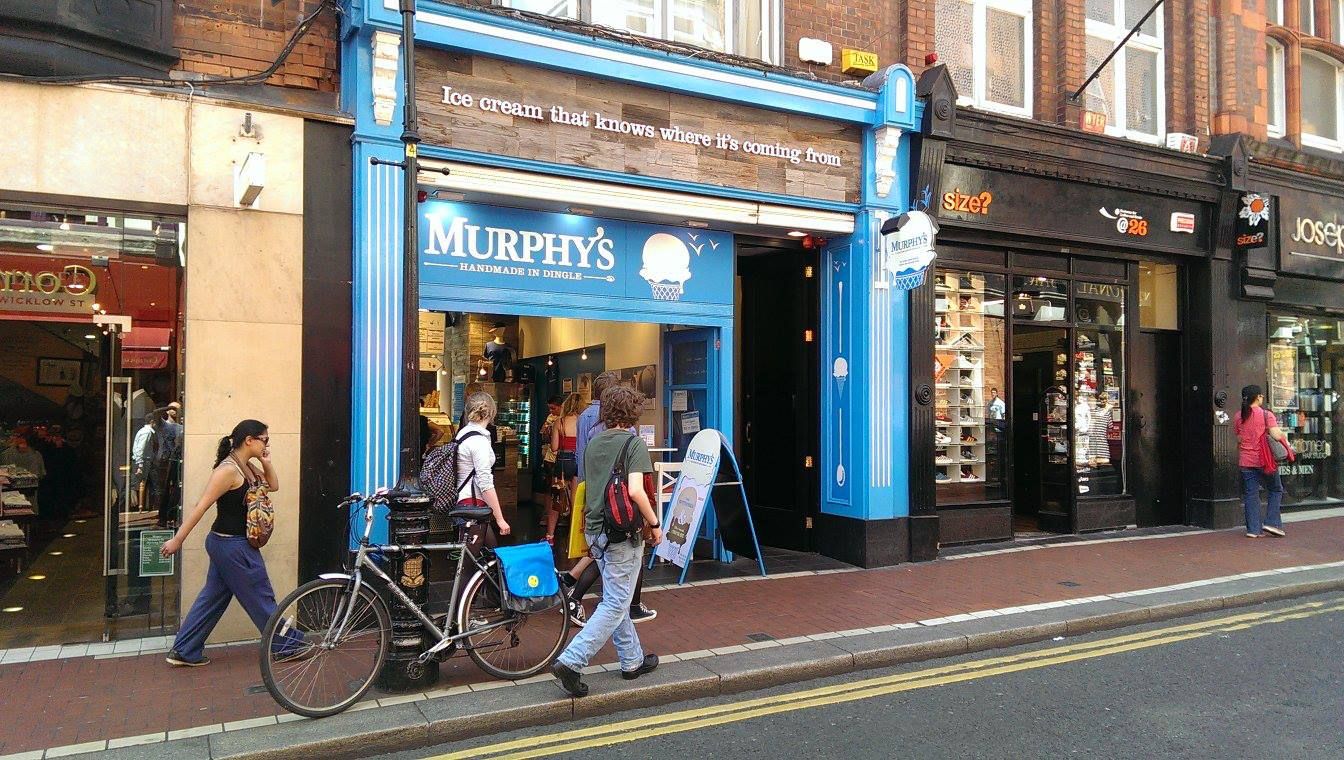 Started by 2 New York brothers the shop, staff and ice cream ooze personality. From the moment you walk in you are treated like royalty with staff offering you little samples of the unique flavours including brown bread, sea salt (very very good despite what you would think) and buttermilk. The ice creams are all made using milk from Kerry cows and therein lies the secret apparently. 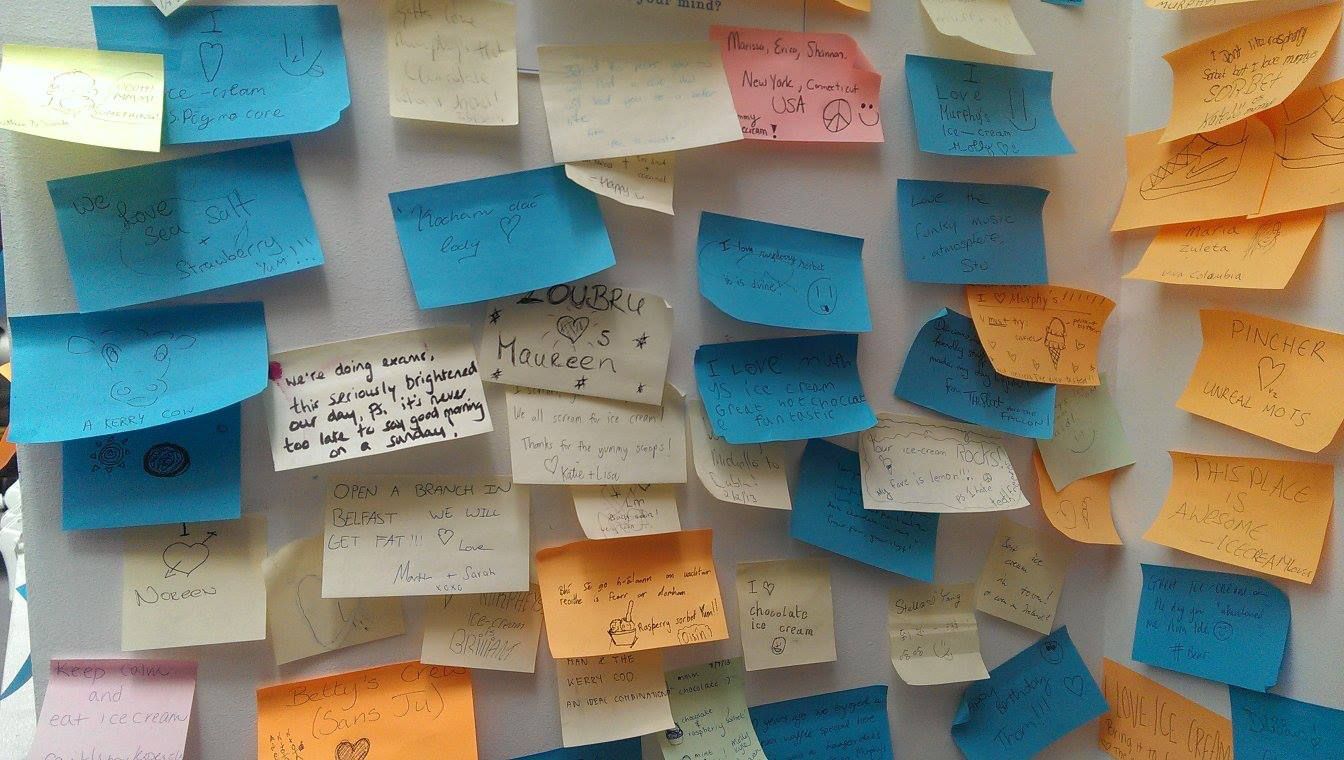 You can choose to eat in or take out and even though the place is open all year you'll struggle to get in the door right now but perservere and give the little Spanish exchange students a kick up the hole and get the queue moving. You are best served grabbing a cone and wandering up Grafton Street watching the street entertainers and people watching. My own favorite is the brown bread which despite it's name is in no way heavy instead oozing flavour and lovely little chewy bits. The following TV ad (It was made for them as a prize with bank AIB, they wouldn't have TV ad budgets themselves as they aren't that big just yet!) shows what they are all about.

The other secret about the place is that they do one of the best cups of coffee in Dublin. It would be pretty much fucking impossible to walk in and just have a coffee while ignoring the real goods but somebody should try it. The coffee is dark, rich and strong and is the perfect partner for the creamy ice cream. For a mega treat gor the affogato which is a ball of vanilla ice cream drowned in a sharp shot of expresso. Devine. 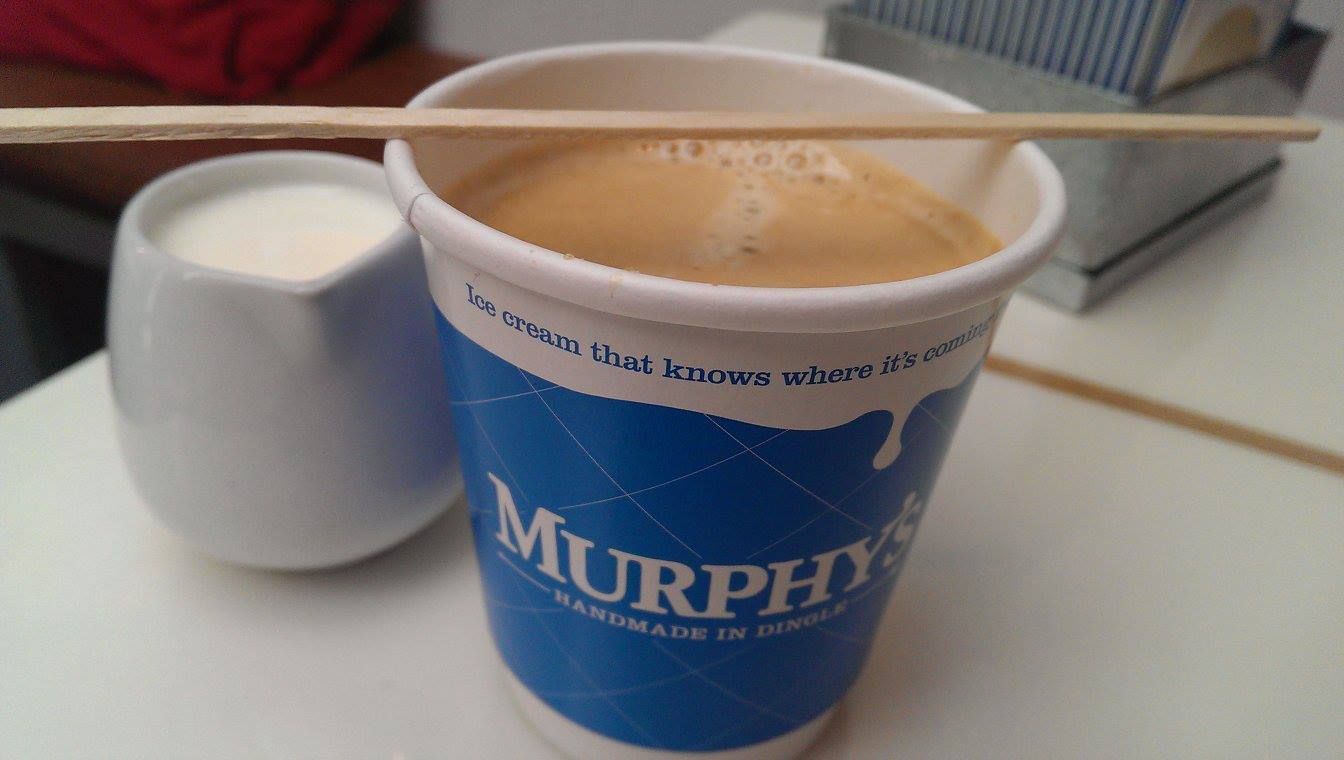 I've followed the guys for a few years as they've grown organically. Their product is an extension of themselves and they are truly passionate about delivering the best ice cream and service to consumers. I've had at least 50 visits and never had one bad thing to say about the experience. No matter where you live or work in town make the little extra effort to get down to Murphys during the heat wave. I've sure the lads are coining it at the moment but so are the Tesco's, Magnums and Cornettos of this world and I love seeing an Irish success story. You won't be going down to do them a favour either. This really is the best Ice cream in Dublin. By a country fucking mile. 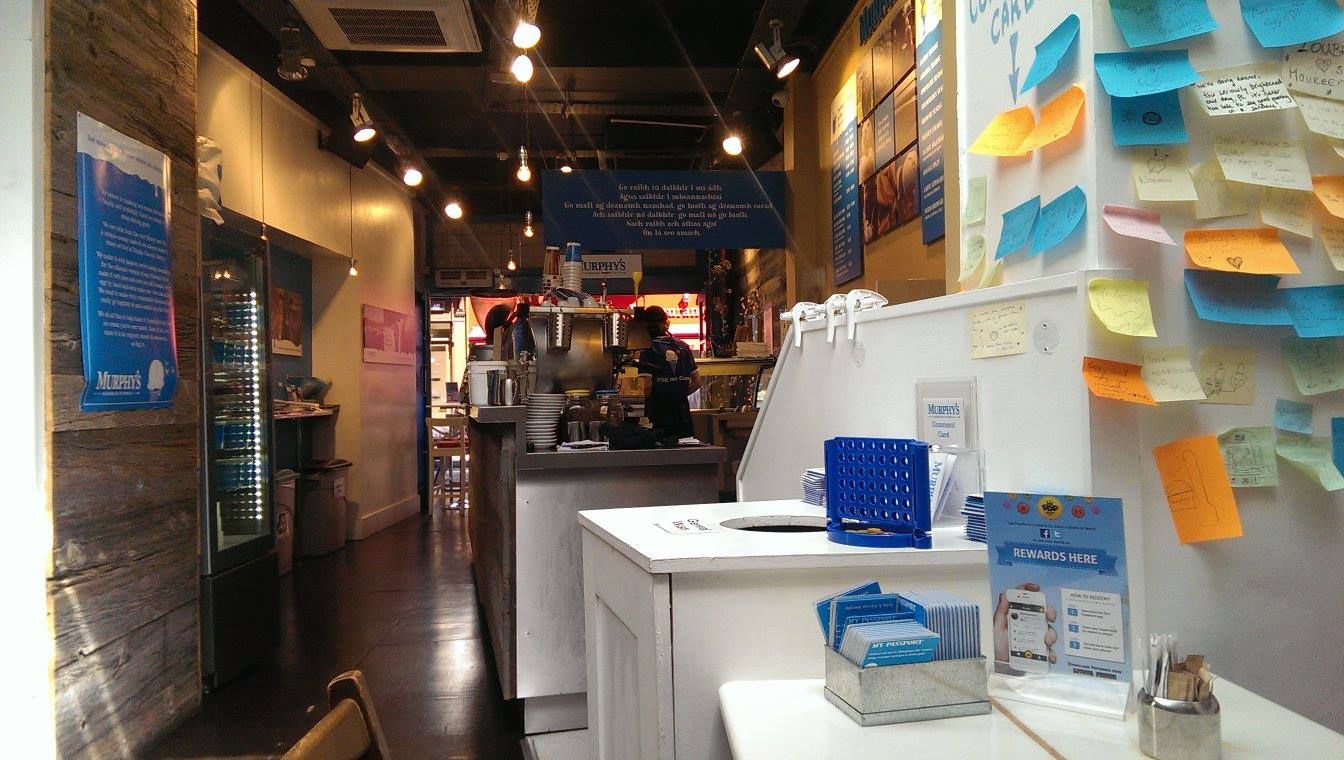 I am only one person eating in the place on one day so to give the review a little balance here are some blog posts from others who have eaten there...
French Foodie
Dublin Town
Dublin With Allergies
How to Eat a Dinasaur