I lived on Camden Street for about 2 years. A place called Montague Lane just above a casino. It was a dump but it was close to work and I convinced myself it was "lively". It was in fact a complete and utter shit hole of an area especially after 10 o'clock in the evening. We've all been there either staggering out of The Palace, puking up the lane way behind Whelans or staggering around from Coppers looking for a burger. Seems like great craic at the time but living there and coming out to be met by that on a Friday night was no laughing matter. You'd probably be safer strutting down the main street in Kandahar wearing a mini skirt chanting "The Taliban are all gay". You become oblivious to drunks when you are one yourself but Camden Street at closing time shows everything that is wrong about Irish society. Moderation is not something you would find in abundance. Throw in a few junkies, couples groping on your doorstep and a murder 10 yards from your door and I felt it was probably the right time in my life to move slightly out of town! 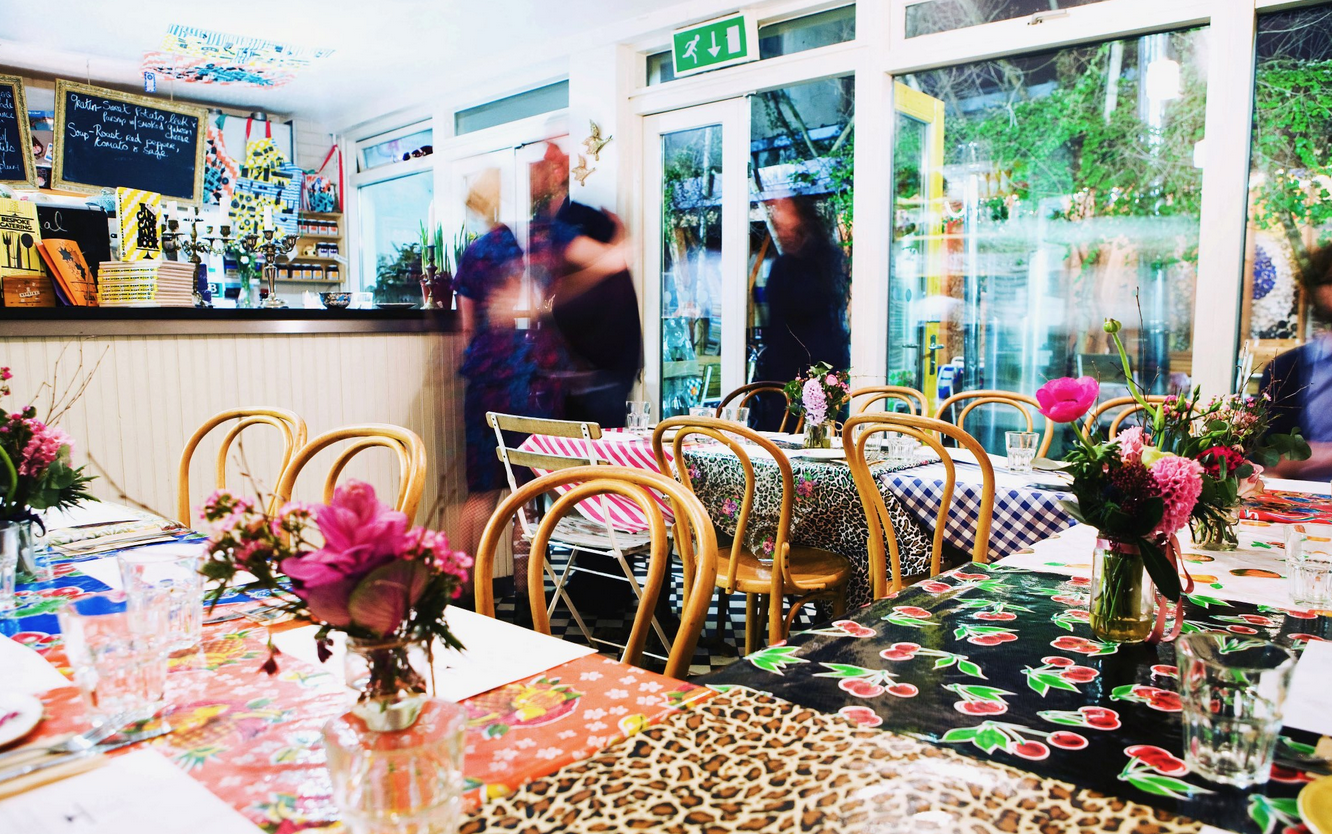 The food scene around this part of town has improved. There are a bunch of chippers and fast food joints but you'll find a few gems scattered in to the mix. I've worked in and around this area for 5 years and even though I'd heard people talk about the Cake Cafe I'd never once been there never mind set eyes on it. You'd need a Mensa grade IQ and bionic eye site to stumble upon the place in fairness. Its as if the owners didn't want any customers and devised the worst possible place to put it wedged between an art shop and the quietest alley in Dublin. Well after 5 years I did find it and so had a bunch of other people because it was buzzing and you could barely get a seat when I walked in. 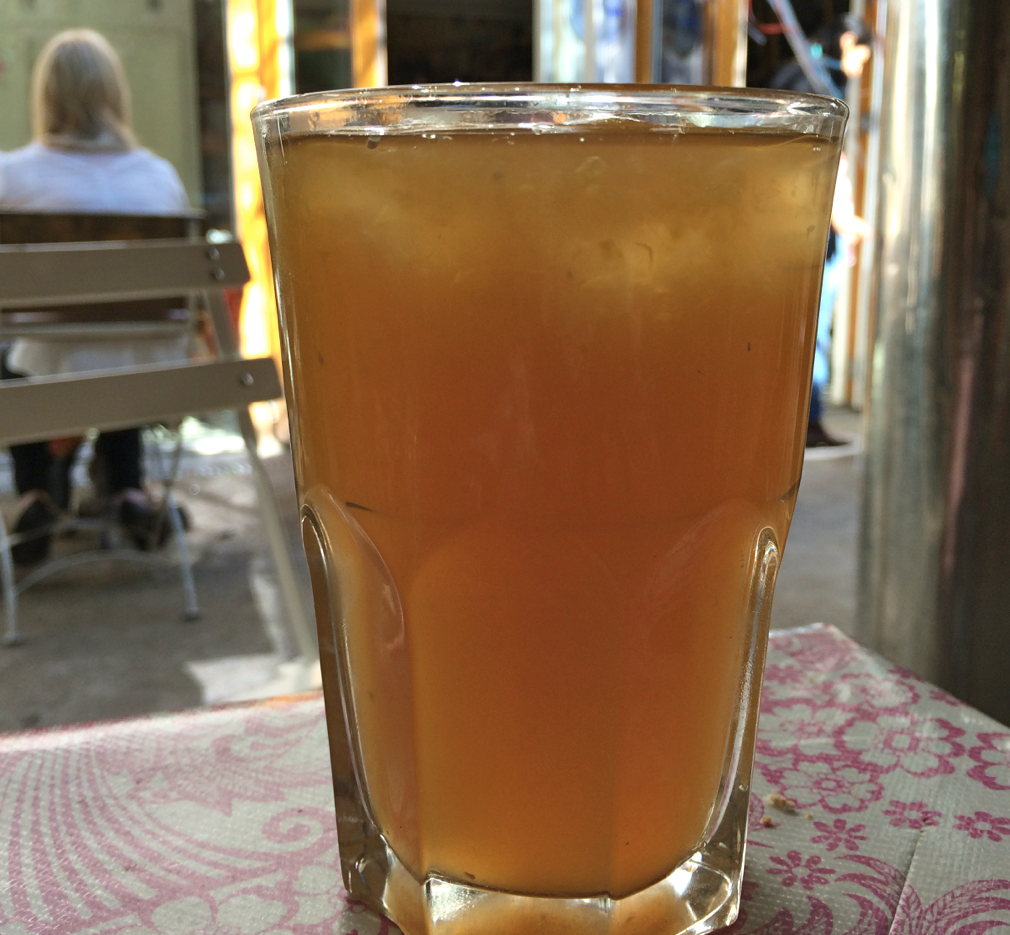 It was an Indian summer's day in Dublin and lucky enough to get a seat under what was effectively a bicycle shed. I ordered a soup and a smoked chicken sandwich. I wanted Coke but presumably being "alternative" and not wanting to bow to the man they didn't have any. My can of Coke is one of the few things I look forward to at lunch time and places that don't have it annoy me. Luckily it was sunny and my homemade lemonade was a triumph so I let the fuckers off with it.

The bread was the best part about the sandwich with lovely juicy chicken and sweet roasted peppers. Nearly a perfect sandwich. The lentil soup was thick, chunky and full of goodness but didn't have any seasoning in it and there was no salt and pepper on the tables.

The savory food was the fluffer of the culinary world. It was just there as something that you have to do before the real reason for coming to the Cake cafe....

You don't take coal to Newcastle nor do you look a gift horse in the mouth and if there was a saying about cake it would have to be...don't walk past the cake cafe without stuffing your fat face with cake. The soup and sambo were decent and all that but even on my first bite I was already eyeing up the sweets inside. When I went to the counter and glanced at the chocolate cake the waiter was very quick to jump in and say that it has "crazy good". If a place is known for cake and the waiter is suggesting a chocolate cake you stop thinking and you take their advice. I took it back to the office with me to eat with my afternoon coffee but lasted 3 minutes with it sitting on my desk and just got stuck in. I nearly licked the box clean. He wasn't lying! Savage. 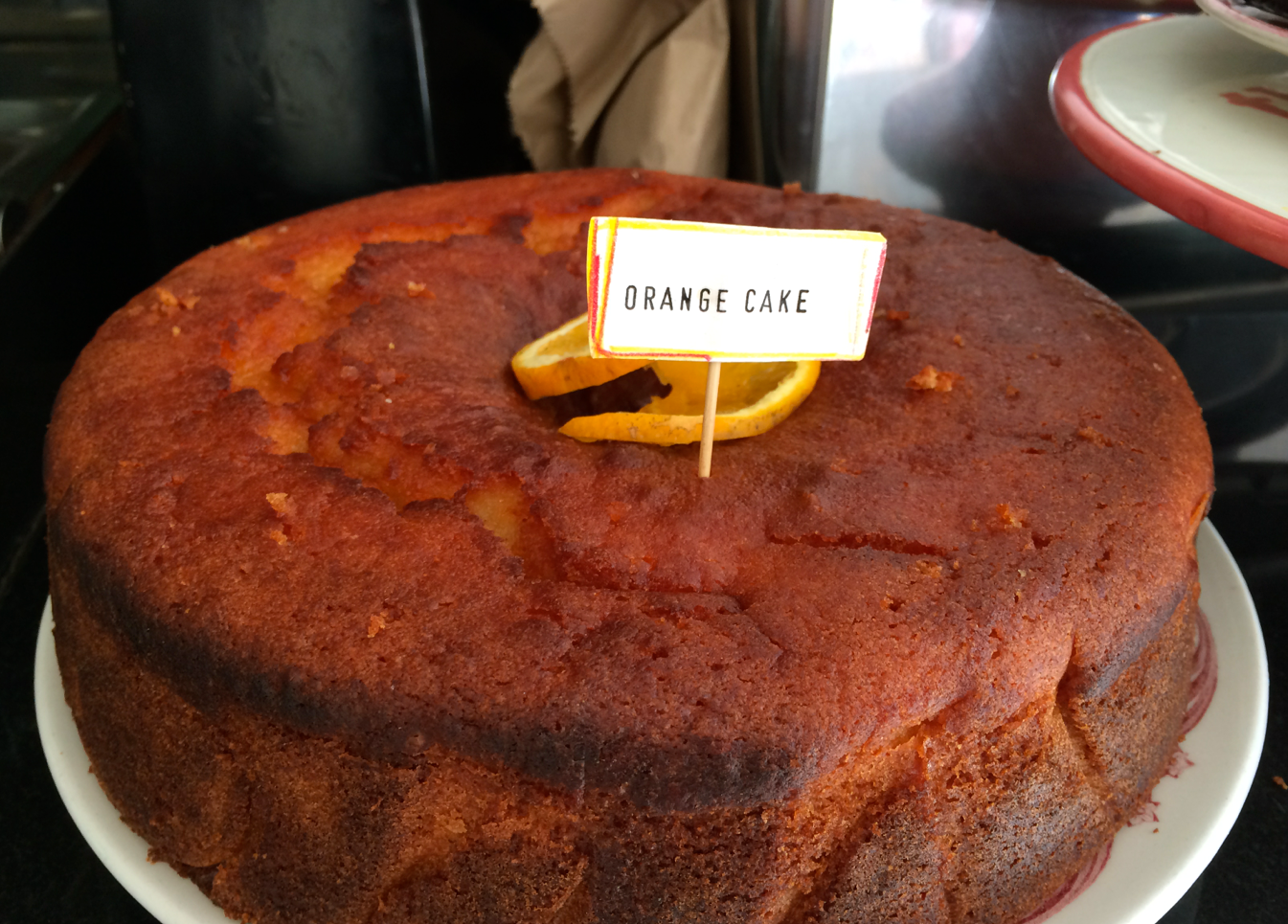 I was just leaving when I spotted the little egg box with 6 mini cupcakes by the till which I brough back for the guys in the office. What a beautiful little way of presenting them. Along with my lunch, my cake and the cupcakes the bill was 19 Euros which I thought was a bargain. After finally finding the place I'll be sure to come back again. Superb.

I am only one person eating there on one day and in a bid to give a little balance to the review here are some other bloggers and reviewers who have been there and shared their thoughts on Cake Cafe as well.
Cheap eats
University observer
Time Out
Stitch and bear