Another week, another round of cakes to try!  I thought this week I'd see if there was such thing as a tasty, healthy cake for all the health freaks out there. Also, as we're all just back from the bank holiday and probably after having a heavy weekend involving BBQ's, nights out on the lash and copious amount of ice-cream its probably no harm to cut back on the bad stuff for a day or two. 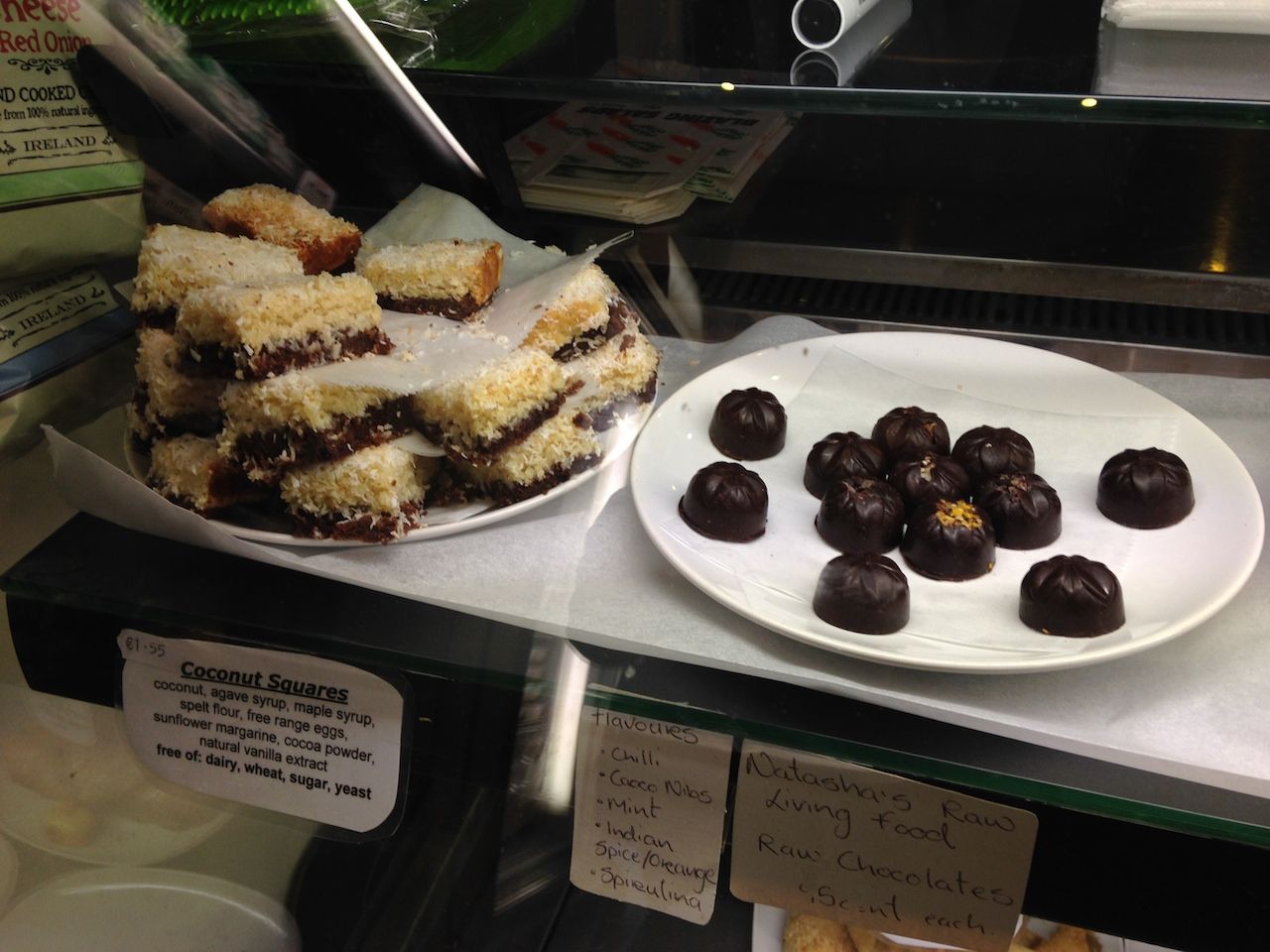 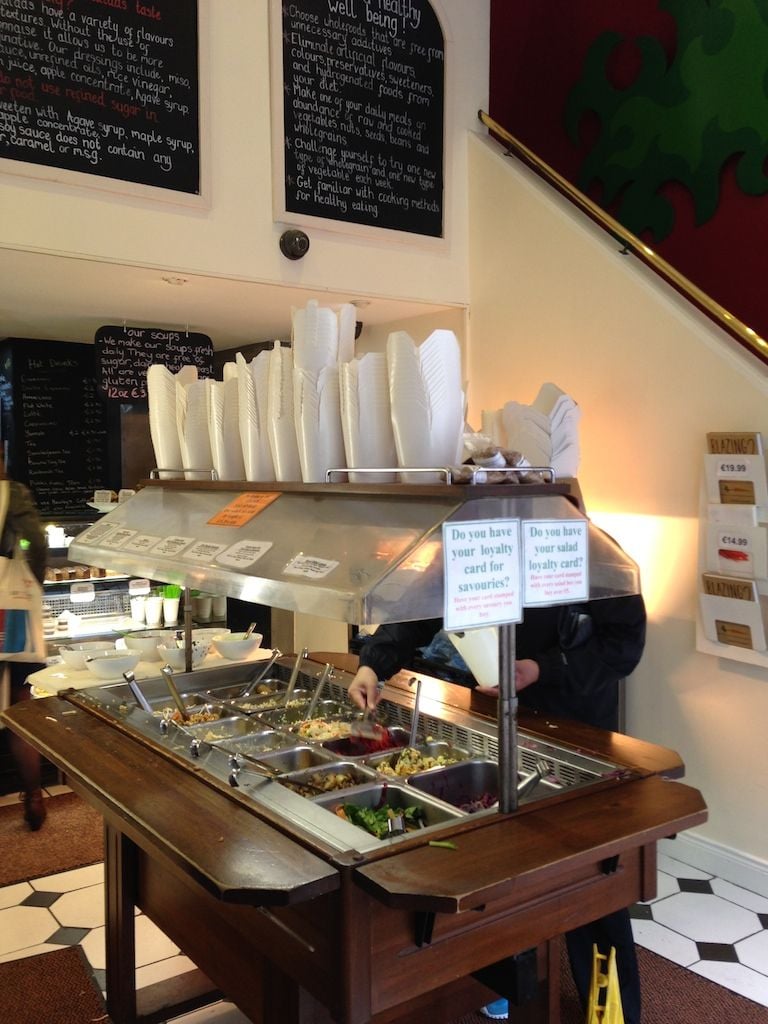 I decided to pop into Blazing Salads on Drury Street after spotting a few tasty treats the last time I ate there. While they're best known for their super healthy selection of salads, they also have a pretty wide selection of treats including homemade fig rolls, cookies, oat squares, apple pies, bakewell tarts, fruit breads, coconut squares and raw chocolates. 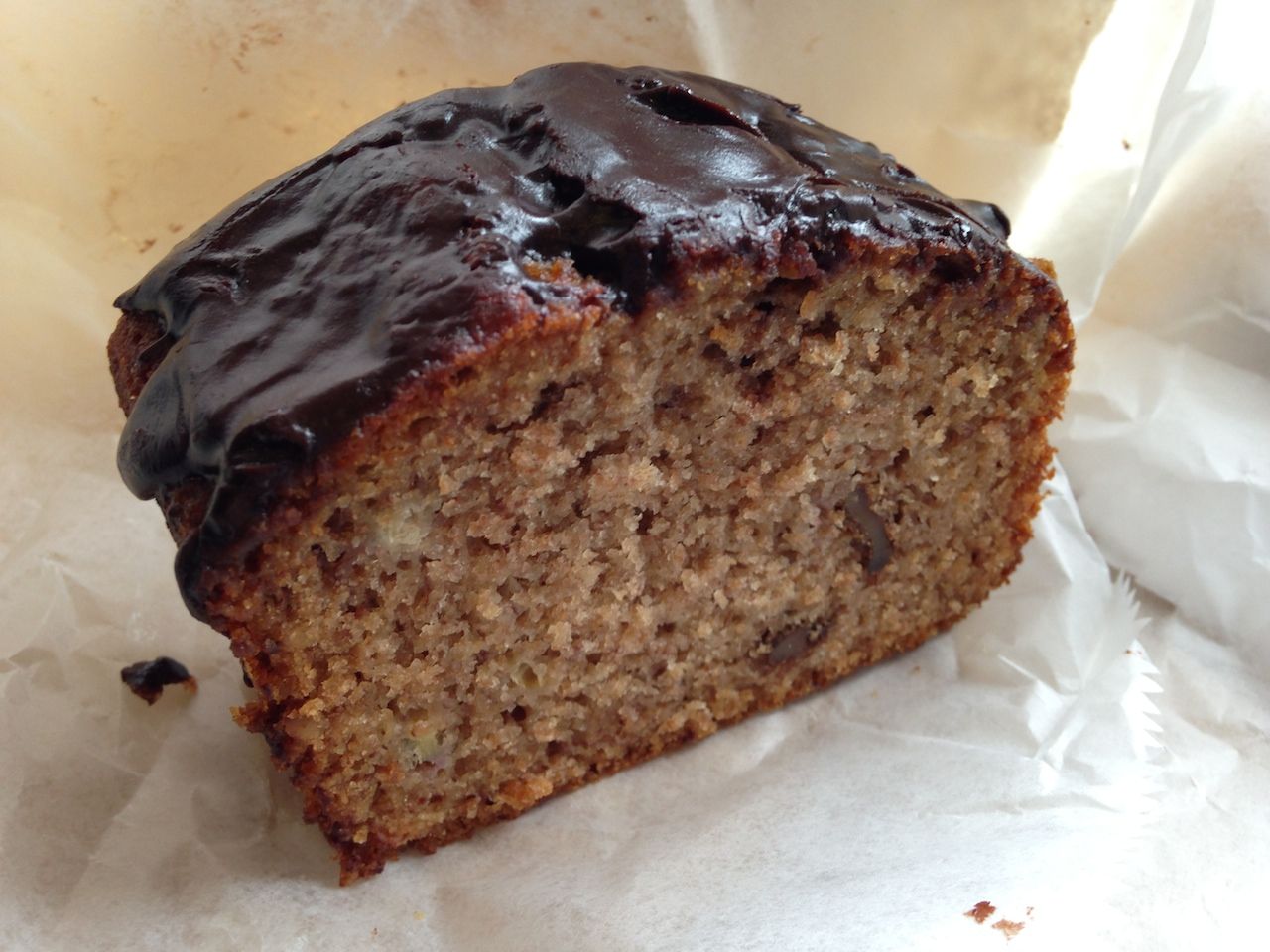 While I am highly suspicious of any cake labelled under the healthy banner (doesn't that go against the whole point of cake?), I have to admit I was pleasantly surprised with their selection. Their spelt flour banana walnut bread was pretty tasty and moist despite not having any bad stuff in it. Don't get me wrong it wasn't the same as the usually sugary, oily stuff we are used to but it still was pretty tasty all things considered and totally guilt free. 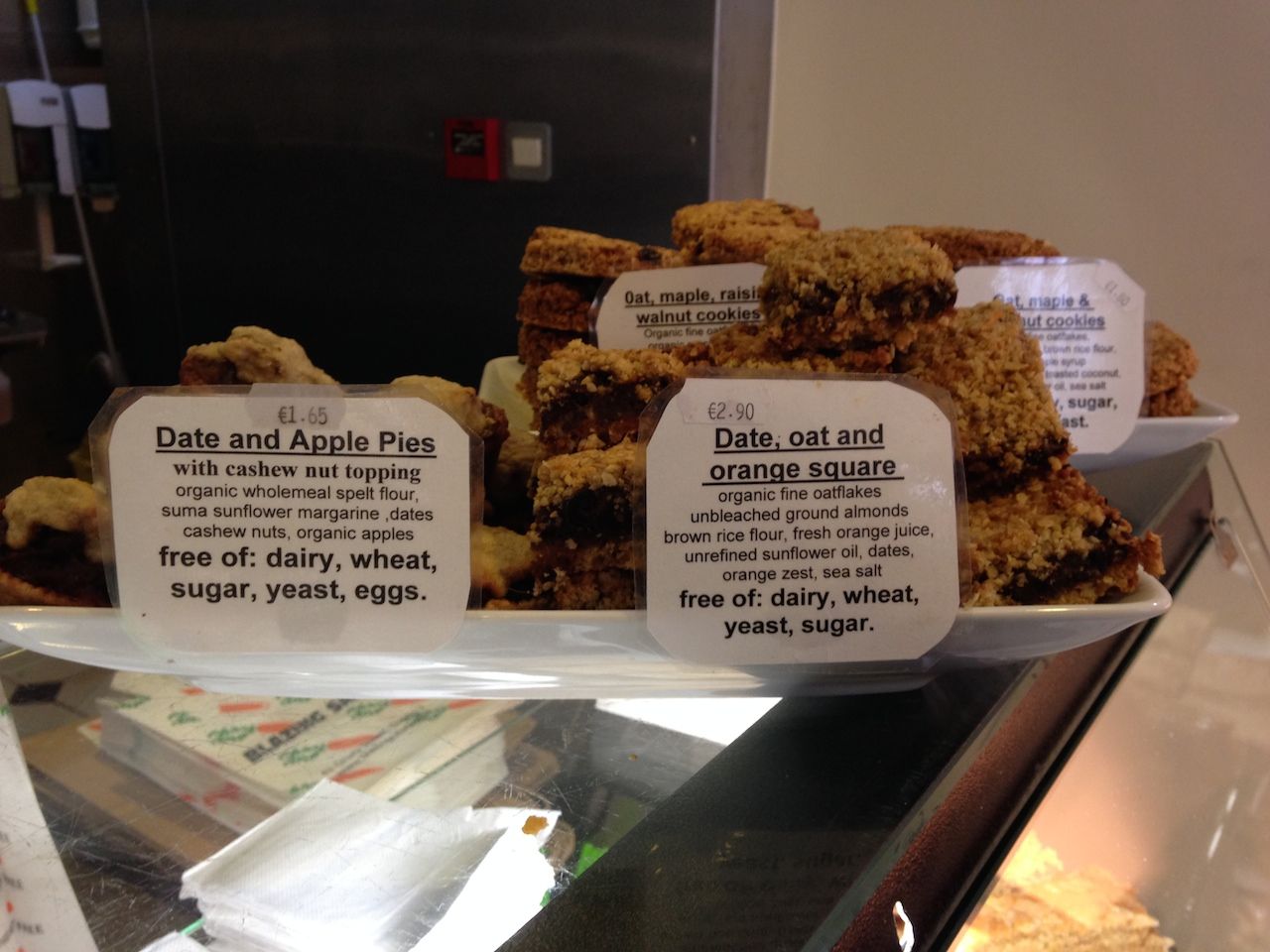 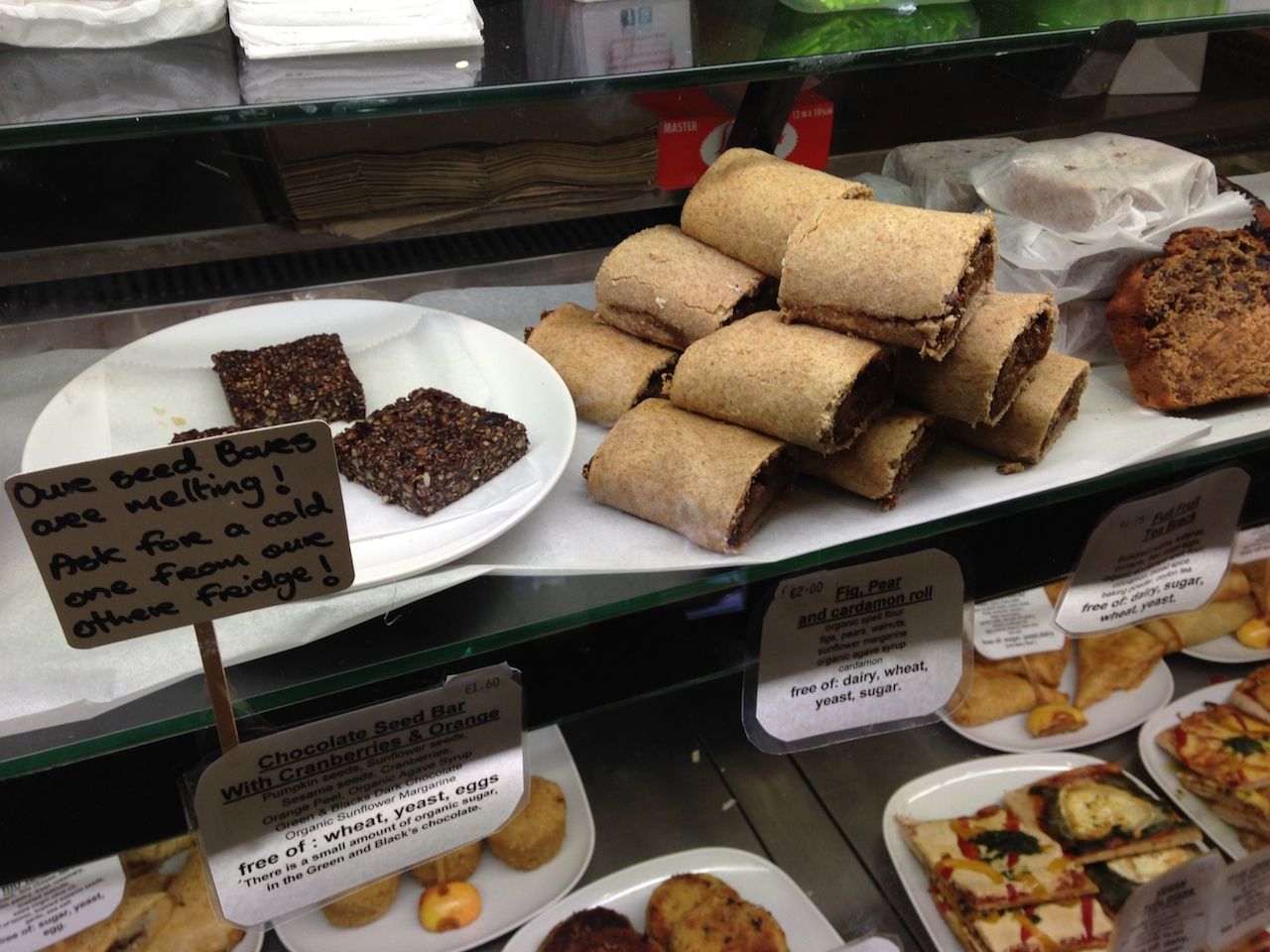 Their date, oat and orange squares are also pretty tasty but the best thing on the cake menu is hands down their chocolate seeded slice. Made with Green & Blacks dark chocolate, seeds, coconut oil and orange zest this thing was so mouth watering I pretty much inhaled it. I have been back again since soley for this slice of chocolate heaven. If you're trying to be healthy, or just cleaning up your act for a day or two after the bank holiday, this is definitely a place to visit. 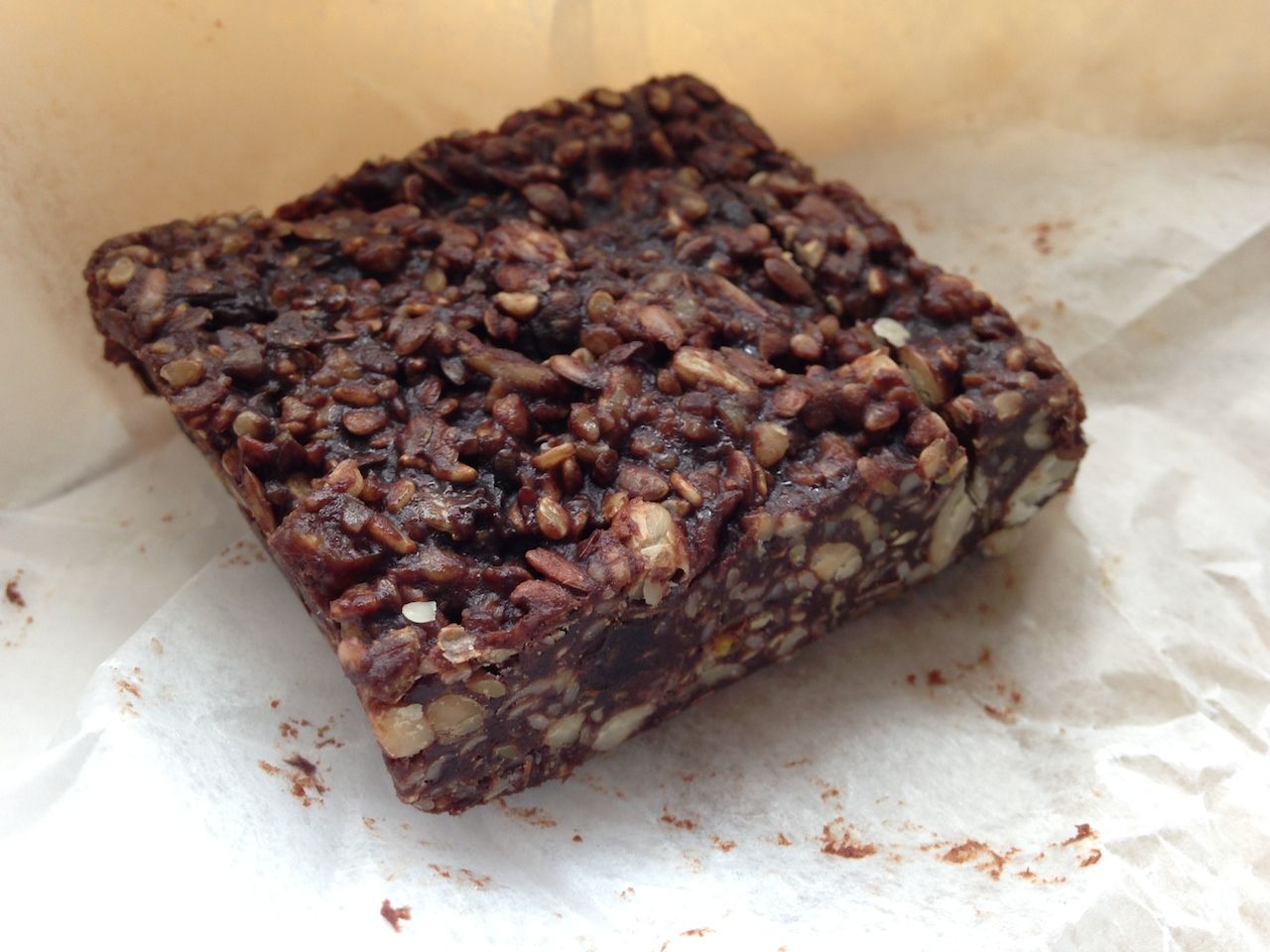