When it comes to food the recession is the best thing that ever happened this country. During the boom years we all ate fillet steak in flash city center locations while drinking champagne mojitos and comparing the sizes of our cocks (otherwise known as houses). Nothing good ever happens in a boom. Good taste goes out the window as people splash the cash. During recessions however the exact opposite happens with food. Some of the best known dishes in the world are born out of poverty like Pizza, Thai street food, stews or curries. We know them as trendy food served in cities all over the world today but their origins are based on people being forced to make something very cheap and tasty with fuck all ingredients. So we lost the run of ourselves and despite having some wonderful chefs in the country it is only in the last couple of years that we've started seeing some truly great restaurant here in Ireland. It feels like we are finally getting to grips with who we are and what we are comfortable with. The Dublin restaurant scene is brimming with creativity, quality and depth in a way that it never was before. 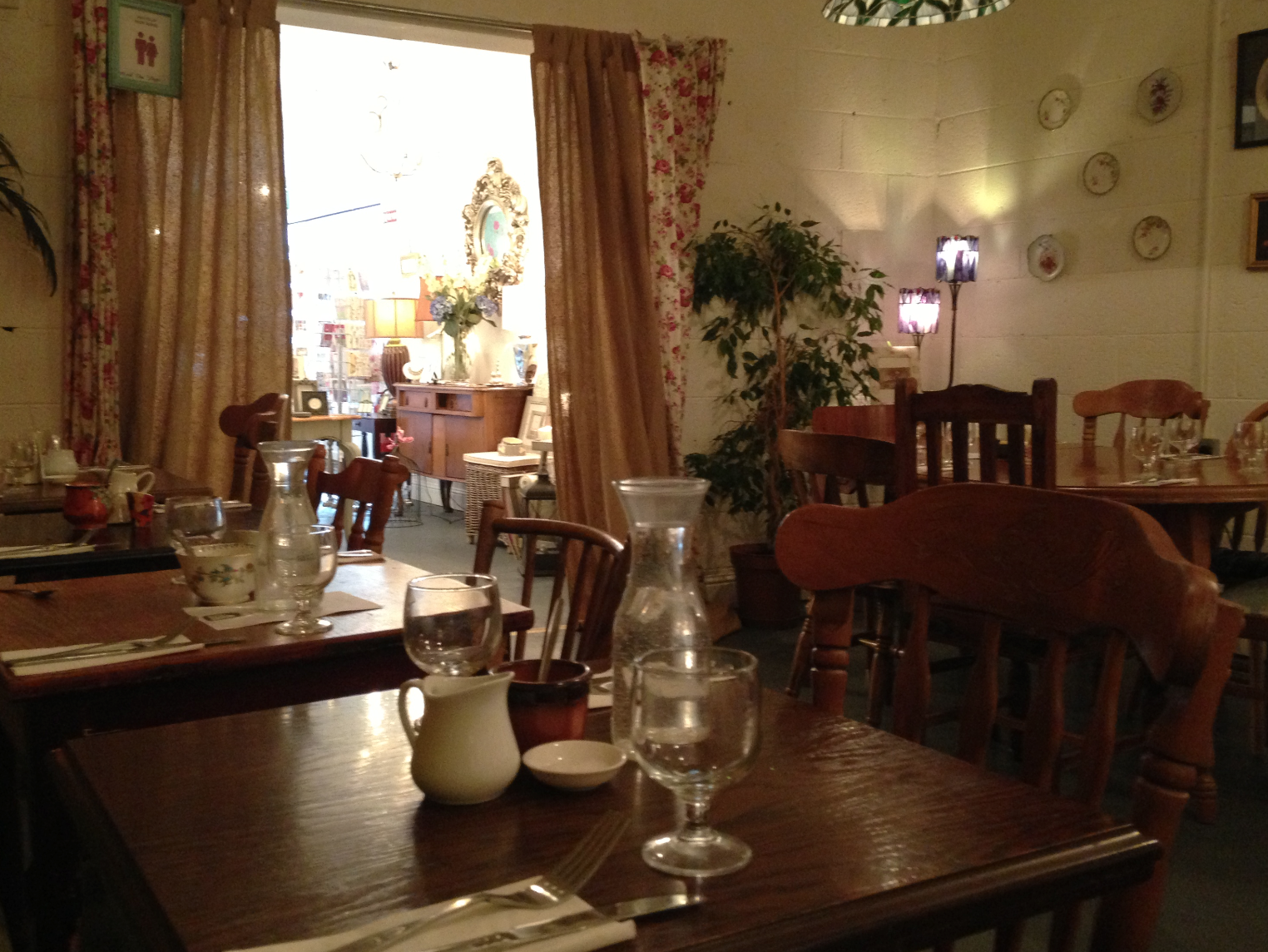 A classic case in point is Union Square in Terenure. A couple of the cool young kids had mentioned it to me in the past couple of months and it has a bit of local buzz about it. It's basically equal parts furniture shop, living room, cafe and your grannys house all in one. There will be some sort of fancy design term on it but I'd go with messy quirky chic. If I tried to make a room look like this it would be a shit hole. This looks classy. Must be the way they hang the chairs on the walls or something. The food is savage and it's one of those small tight menus where you want everything. This feels like a community restaurant and they hold things like sewing classes which is a classic recessionary activity. Imagine sewing in the boom? You'd have been laughed out of town and called a gypsy. Now your a hipster.

I settled on a ginger ale to start. Fresh and delicious. Then I went for a tart with chicken, artichokes and gruyere cheese. A tart is a classic french peasant dish and I've never ever had a good one in Ireland. This was the first. Each mouthful reminded me of walking through the streets of Cannes. The salad was absolutely majestic. I hate salads but this was one of those ones where you savor every mouthful. 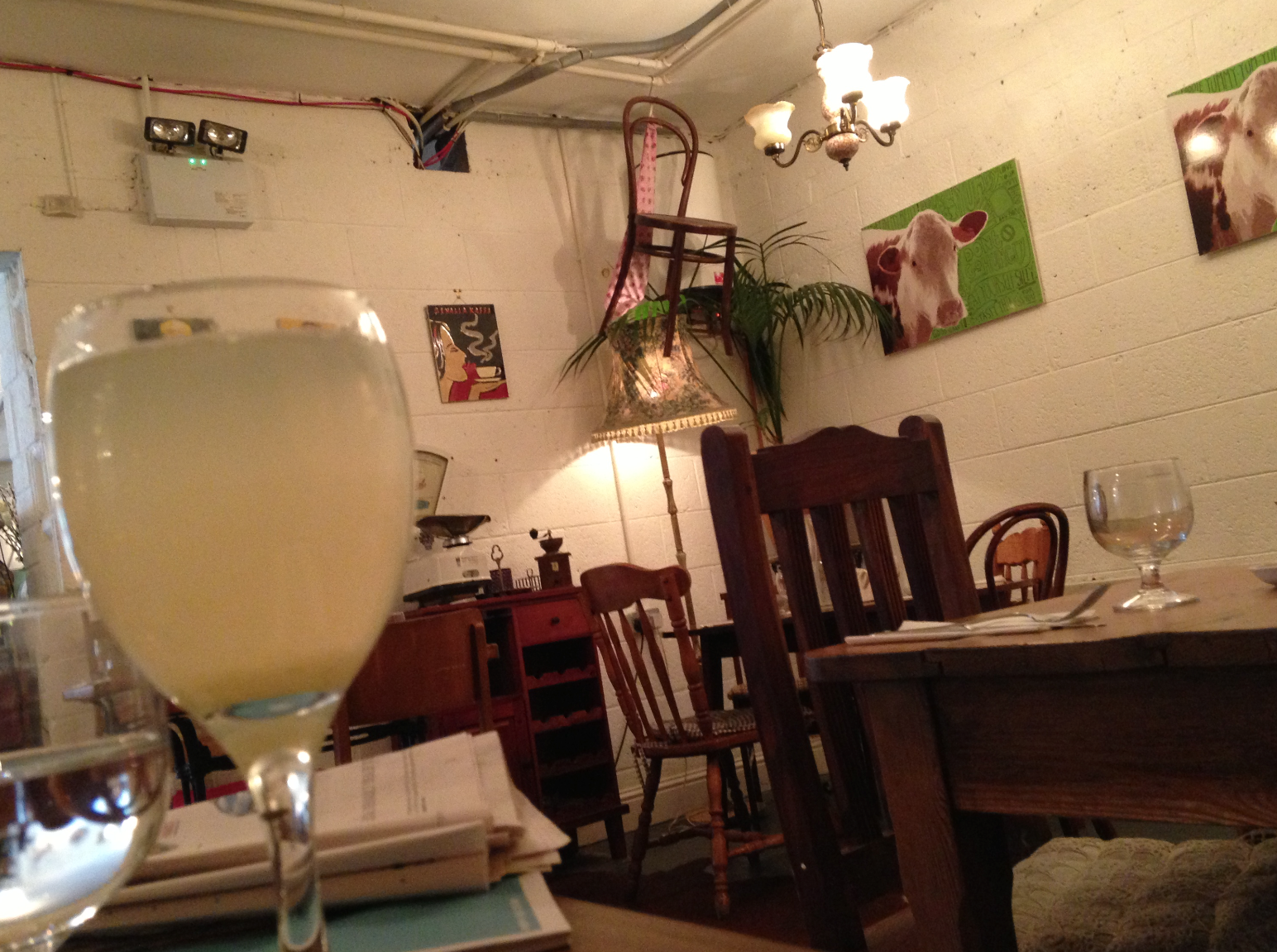 My soup and bread was the complete opposite. The soup was stone cold. It had a bit of heat in it but only down at the bottom of the cup. Rotton. I'd been told the bread was the best thing about the place and that was no word of a lie. Fresh, soft and perfect. Ordinarily I'd be pissed about the school boy error with the soup and not go back but this place is special. Everybody fucks up once in a while. The decor, the atmosphere and the love that goes in to every inch of this room deserves another chance. Not to mention the tart. When you walk in to union square it feels like you are going in to an old friend's Irish country house for a spot of grub. You instantly relax and on this occasion I wasn't a bit annoyed there was no WIFI. Sometimes you need to just switch off. I love this spot and I'll be back. It must be the only place bar IKEA where you can buy a couch and have a meal at the same time. In the good times this would have been all slicked up and full of all of us acting like tossers ordering the most expensive wine on the list while talking about our Bulgarian summer holiday home. Forced to work on a budget and deliver food and service that actually pays the bills and keeps people in work it is amazing how much creativity, style and substance we all have. You may not think it now as your property tax lands in the door and the bills stack up but when it comes to food you can't beat a good recession.

The View Form Others

I am only one person eating here on the one day so to add a little balance to the equation here are some other reviews...
Lucinda
O'Sullivan
Cheap eats
Free form guru